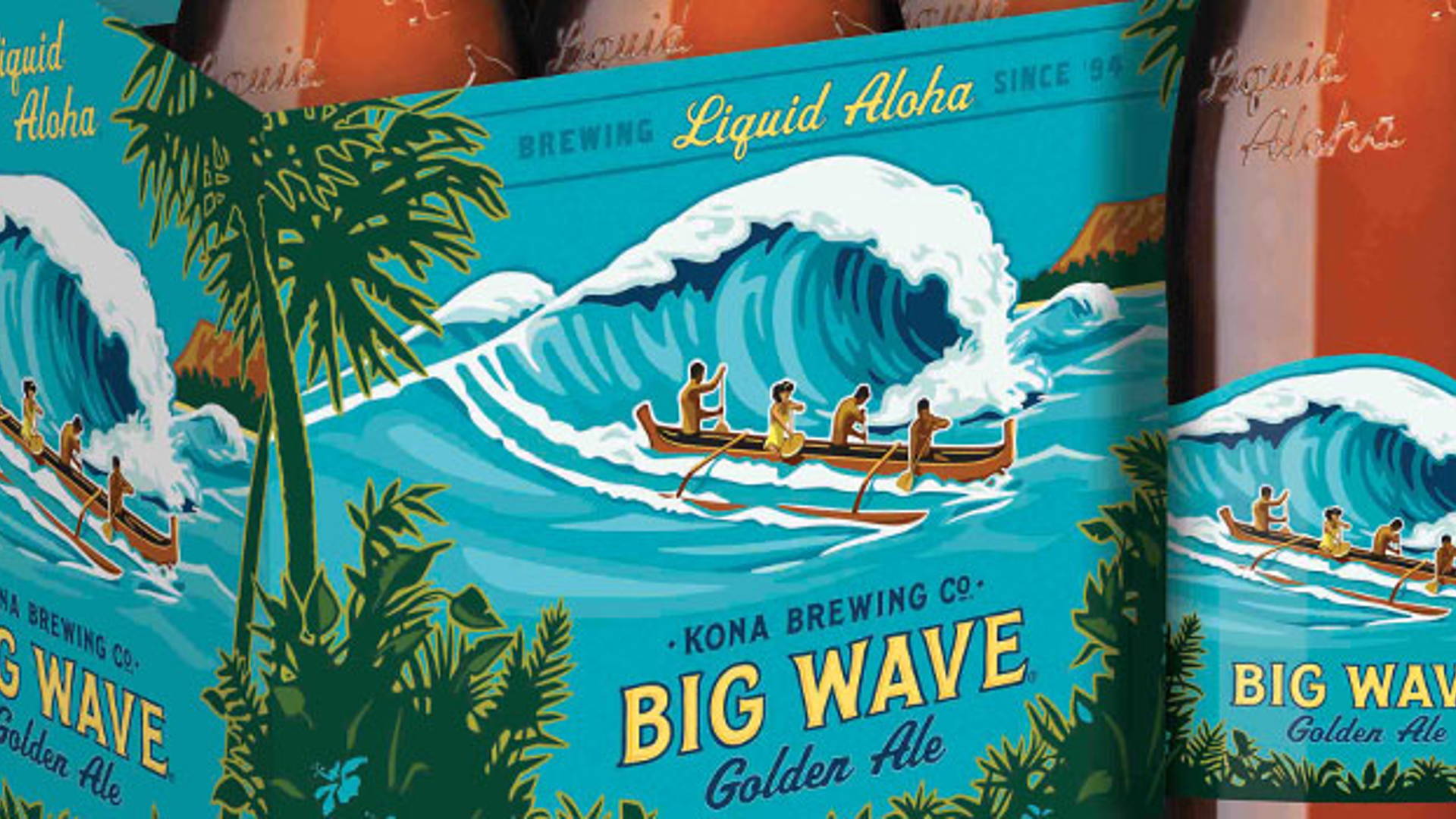 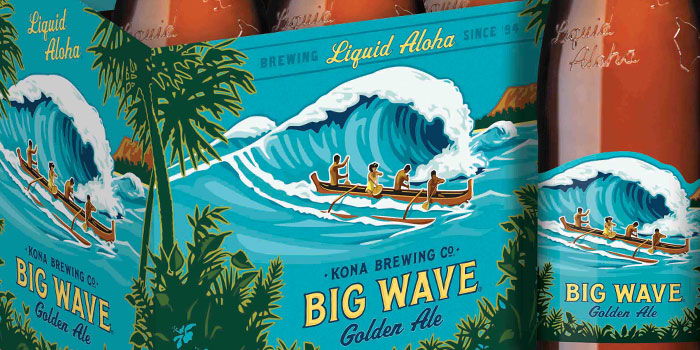 Feel the "Liquid Aloha" literally. Kona Brewing company is rolling out new custom bottles for their entire line of Kona Brews. The new 12oz. bottle will be embossed with a Hawaiian Island Chain and "Liquid Aloha" lettering, complete with refreshed labels and packaging.

"The new look will extend across the entire portfolio of beers including Longboard Island Lager and Big Wave Golden Ale (shown here), Fire Rock Pale Ale and all Aloha Series beers such as Wailua Wheat returning May of 2013. The new bottles showcase the Hawaiian island chain as an embossed feature on the shoulder, and newly illustrated die cut labels accentuate Hawaii’s natural landscape of volcanic mountains, lush vegetation and of course, beaches. The new bottles will be in stores in all 36 states where Kona beer is sold beginning THIS WEEK."

"Kona Brewing company president Mattson Davis.’s design team, who has been designing the Hawaiian brewer’s packaging since it was born on the Big Island of Hawaii in 1994, reillustrated the labels and packaging with updated design cues. As part of the package re-design, the hand-drawn illustrations have been sharpened and the labels are die-cut to add pop to natural elements such as iconic Diamond Head, the roaring waves at Makaha, and lush Wailua Falls of Maui.

“Our continued growth in 2012 has enabled us to invest in our packaging and put our best foot forward as we gain new fans. We’re delivering more of that sense of place that Kona is known for, and I think this new bottle and package really brings Hawaii home. While most brewers use the same mold for their bottles, Kona Brewing is taking a giant leap to have a custom one built. The new labels really mimic the vivid hues I’m lucky enough to see everyday in Hawaii. My favorite design element is the embossed island chain with Liquid Aloha on the shoulder of the bottle—it makes for a more tactile experience because you can literally feel Hawaii as you drink a Kona brew."

Kona’s official kickoff to the new bottles will be held at their pubs in Hawaii the week of April 22nd. The bottles will then be made available on the mainland and kicked off stateside with a giant sand sculpture to be built in Newport Beach, CA by Sand Guys, stars of the Travel Channel show Sand Masters. The sculpture will be built at the Kona-sponsored event Standup for the Cure, a world-class standup paddling fundraiser for Susan G. Komen for the Cure® to be held on May 4, 2013 at Newport Dunes Waterfront Resort. Last year’s Standup for the Cure set a Guinness World Record when more than 700 participants were involved in The World‘s Largest Stand Up Paddleboard Clinic, and this year the event aims to raise $125,000 for mammograms and cancer research." 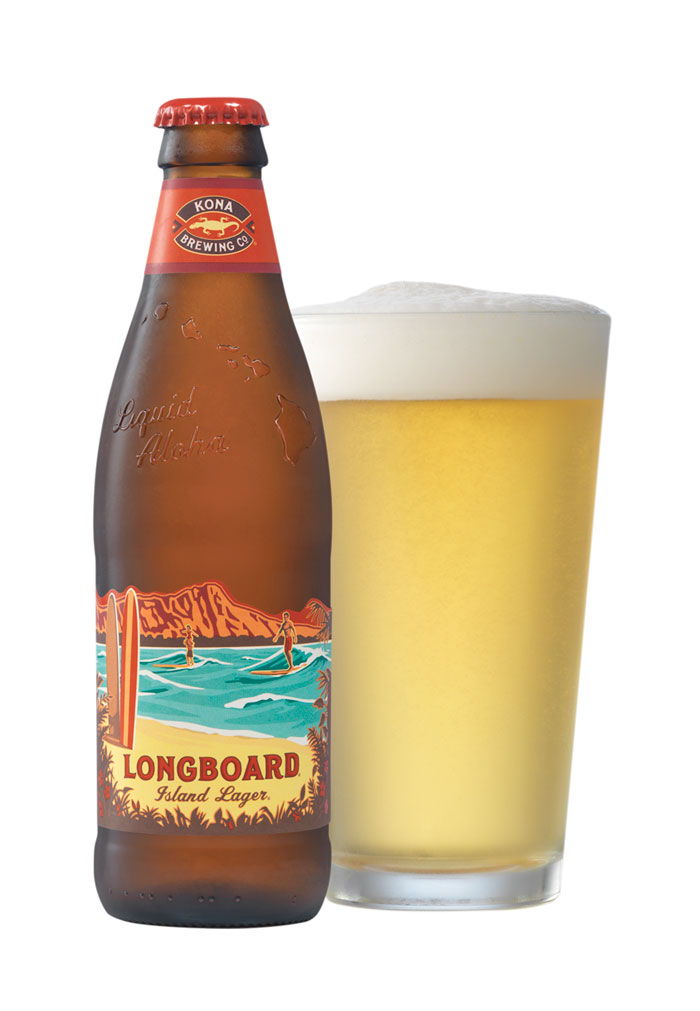 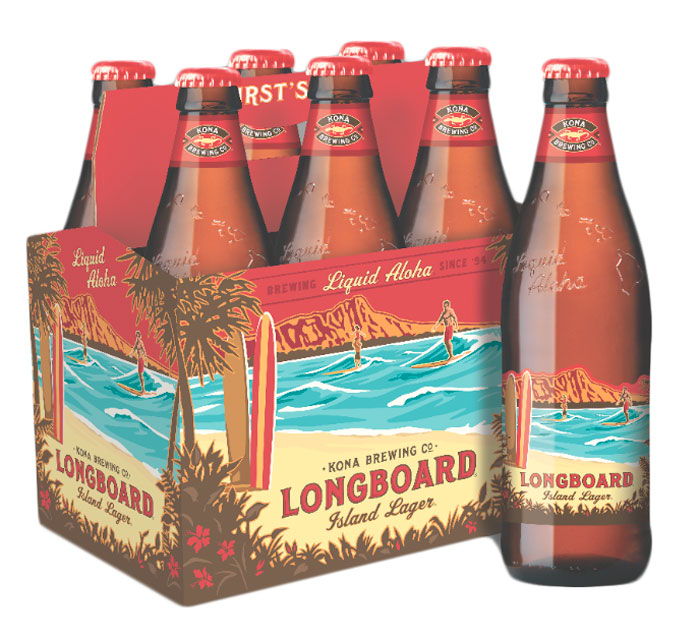 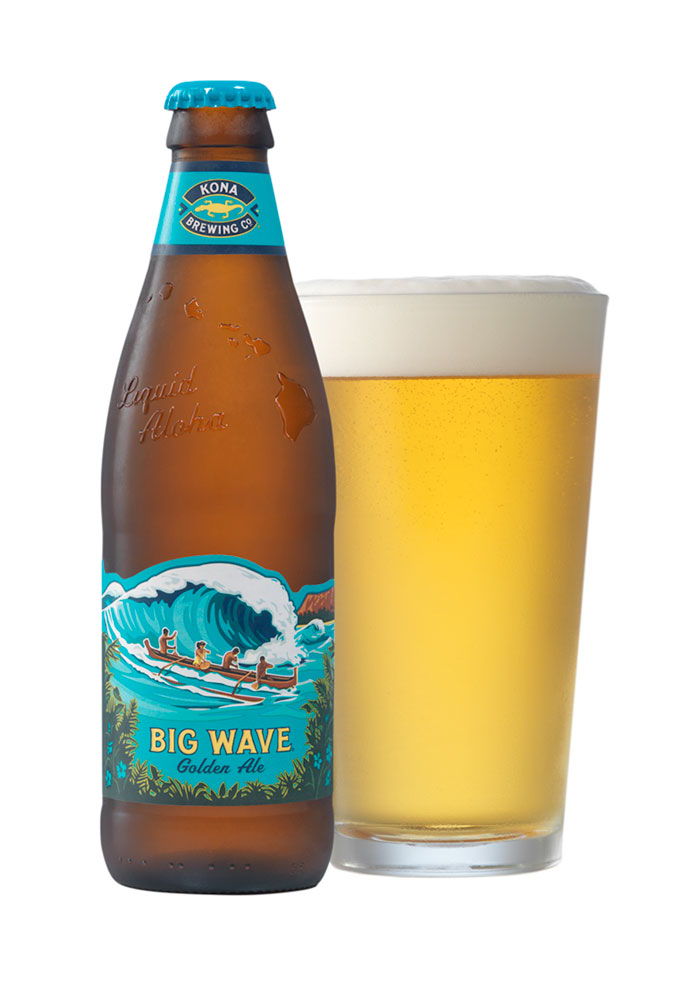 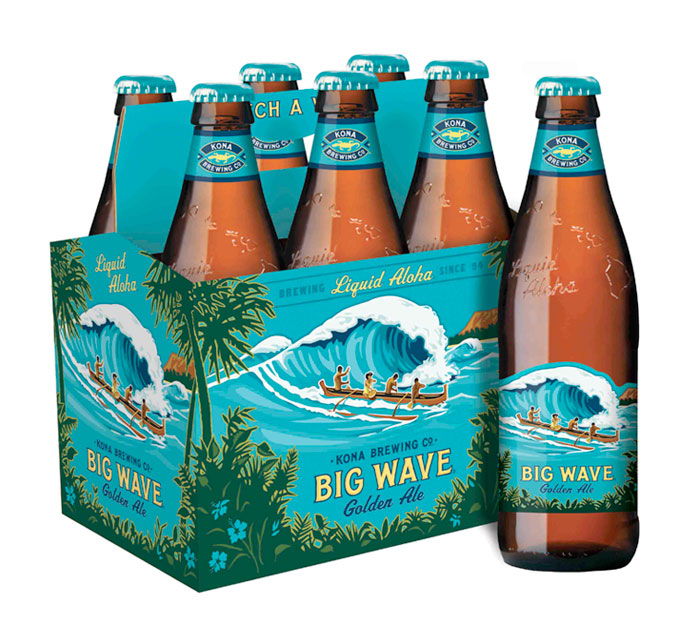 @ The Dieline Conference: Eco Doesn't Have To Be Boring