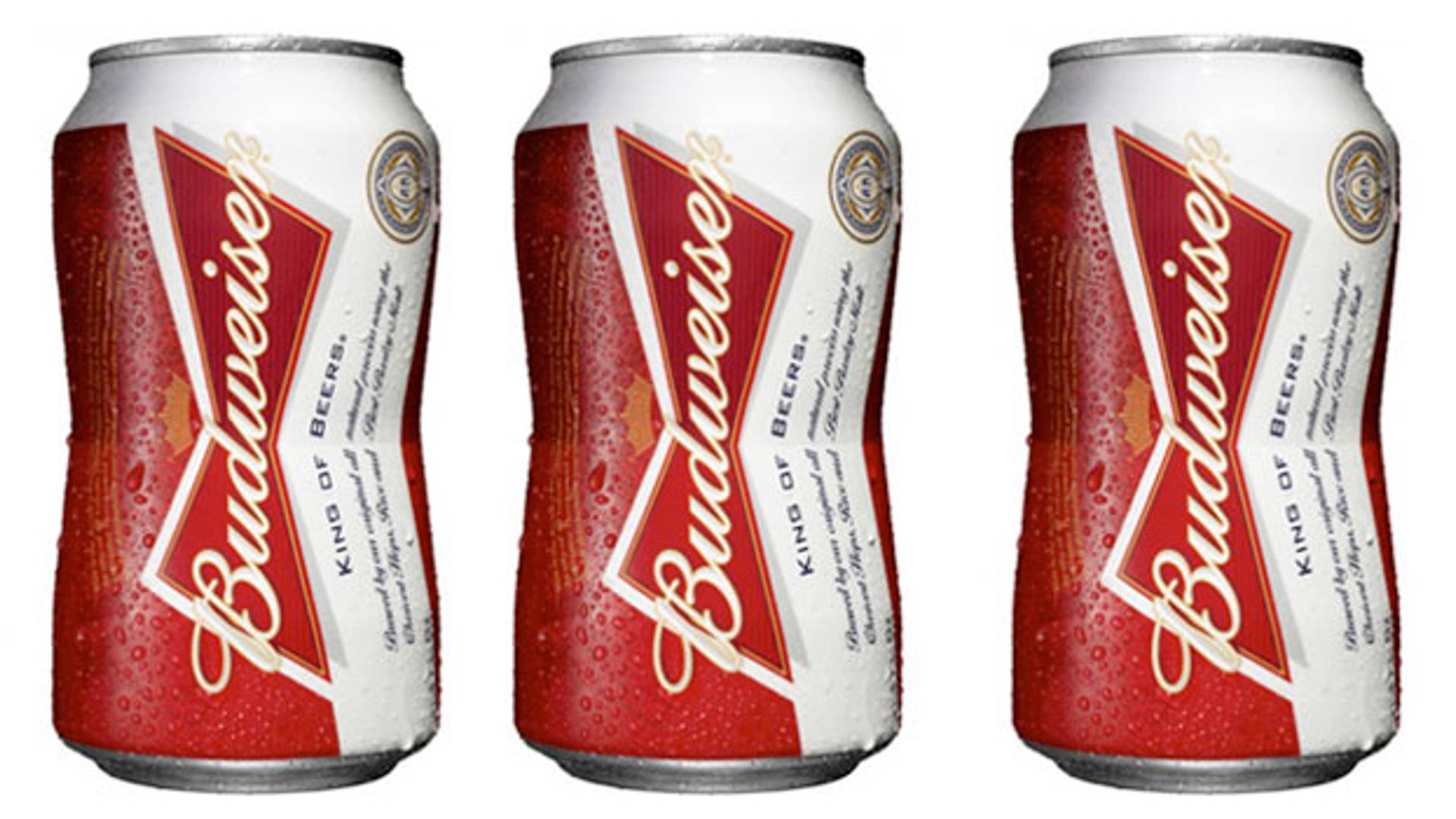 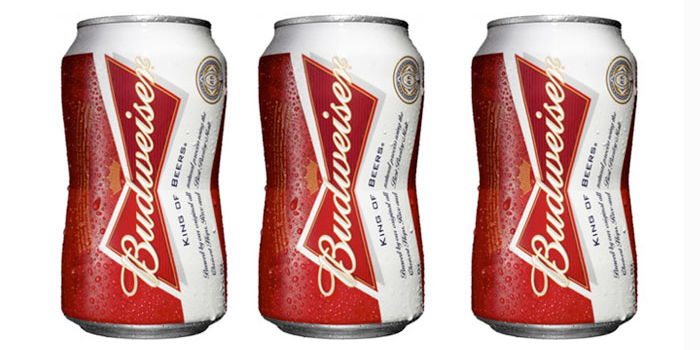 As a new package design and in an effort to reflect its iconic logo, beer brand Budweiser by Anheuser-Busch has introduced ‘bowtie-shaped’ beer cans. Budweiser rebranded to the new 'bowtie' logo in 2011, when the new can was already in development. The new design will not be replacing the traditional can.

“This can is incomparable, like nothing you’ve ever seen before,” said Pat McGauley, vice president of innovation for Anheuser-Busch. “The world’s most iconic beer brand deserves the world’s most unique and innovative can. I think we have it here.”

The proprietary can, in development since 2010, will be available only in the United States and in an 8-pack and will not replace the traditional Budweiser can.

To make the new can possible, Anheuser-Busch engineers needed to solve a number of technical challenges, and major equipment investments were required at Budweiser’s can-making facility in Newburgh, N.Y. Significant capital investments also were required to upgrade packaging lines at the Budweiser breweries in Los Angeles and Williamsburg, Va., the first breweries with capability to package this unique can innovation.

Newburgh, about 60 miles north of New York City and 90 miles south of Albany, is where proprietary equipment is located that shapes the can. Creating the can requires a 16-step process – 10 steps to form the bottom half of the can, with an additional six steps to form the top portion.

The Anheuser-Busch Global Innovation Group has been investigating potential can innovations for several years.

“We explored various shapes that would be distinguishable in the marketplace, but also viable from an engineering standpoint,” McGauley said.  “Aluminum can be stretched only about 10 percent without fracturing, which requires that the angles of the bowtie be very precise.”

An initial run of more than 10 million bowtie cans were produced in Newburgh through March 31 for the spring introduction. An additional 8 million cans are scheduled to be produced this month.

Due to the can’s slimmer middle and sleek design, it holds 11.3 ounces of beer and has about 137 calories, approximately 8.5 fewer calories than a traditional 12-ounce can of Budweiser.

“This can is certainly a conversation starter: eye-catching, easy-to-grip, trendy and – according to our research – very appealing to young adults,” McGauley said.  “It’s a beer can like no other.”

Though there is no written documentation on the origins of the Budweiser bowtie, it is a brand icon found the world over.  According to company lore, the bowtie was introduced when too many people were using the “Bud” bar call too frequently, so the double triangles were added to emphasize the full Budweiser name.

The Budweiser bowtie can is a natural progression from the new packaging introduced in 2011 that emphasized the iconic bowtie, a symbol that first appeared in a national advertising campaign for Budweiser in 1956.

The bowtie can is another example of how Budweiser continues to innovate, evolve and attract a new generation of beer drinkers. “It builds on the success of Budweiser Black Crown, the crowd-sourced fan favorite introduced earlier this year,” McGauley said.

The launch of the can is being supported with a marketing campaign that includes digital, print and television. It will be offered for sale in grocery stores and super markets, convenience stores and packaged liquor stores.

Consumers interested in locating where they can purchase the special 8-pack can call 1-800-dial-Bud.

In other packaging innovations on the horizon in the U.S. for Anheuser-Busch, the company is announcing it is test-marketing in 10 states a new 25-ounce can that replaces a 24-ounce serving – giving consumers an additional ounce of beer. Sales of this new can will begin this summer.

Budweiser has a rich heritage spanning 137 years and is America’s No. 1 premium regular beer, selling more than its four nearest competitors combined. Innovations such as the bowtie can are a key part of Budweiser’s heritage and helped the brand grow into its status as the King of Beers. " 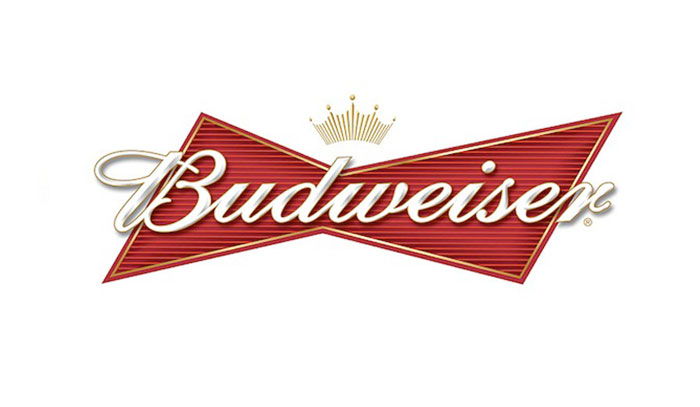 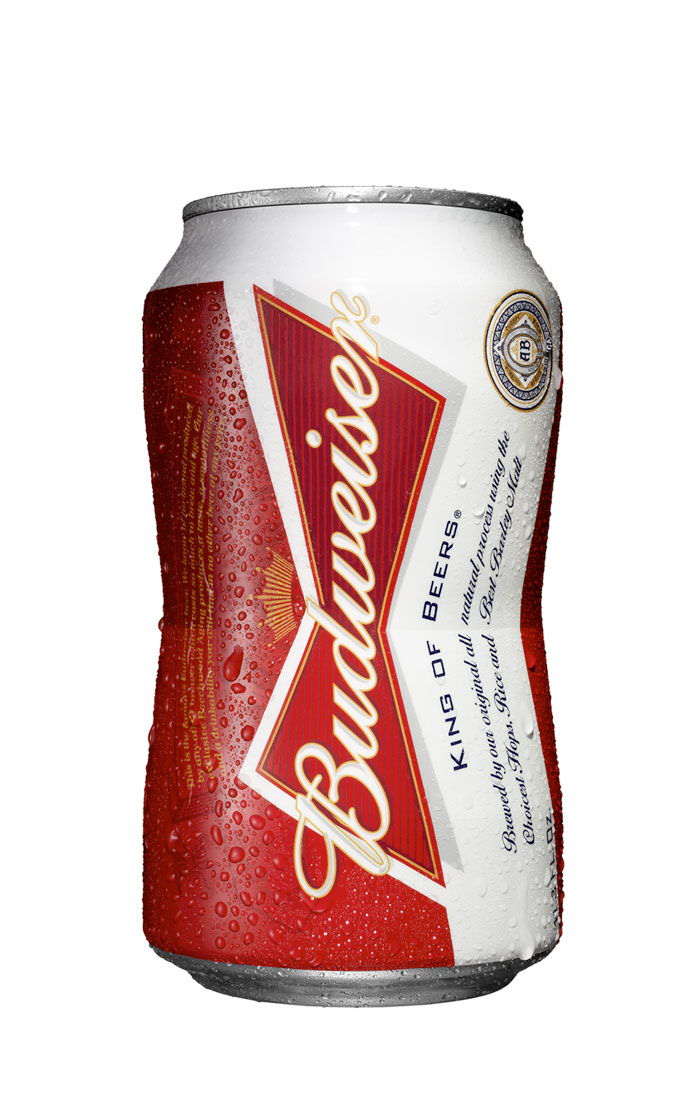 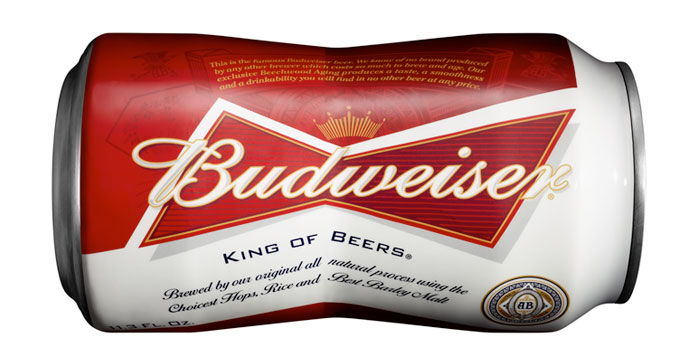 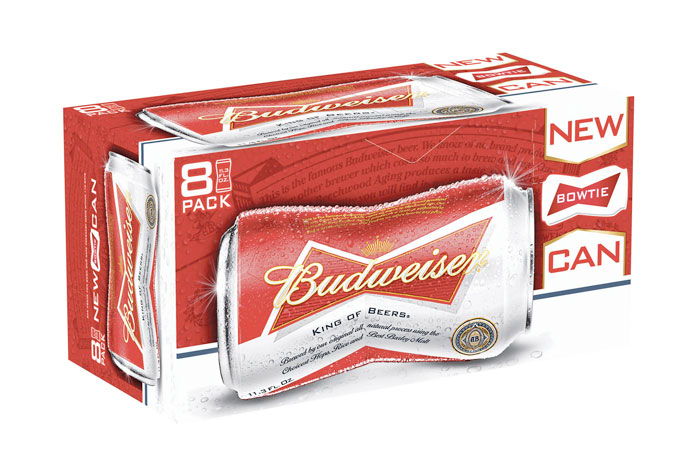 Budweiser Bowtie Elements in the past 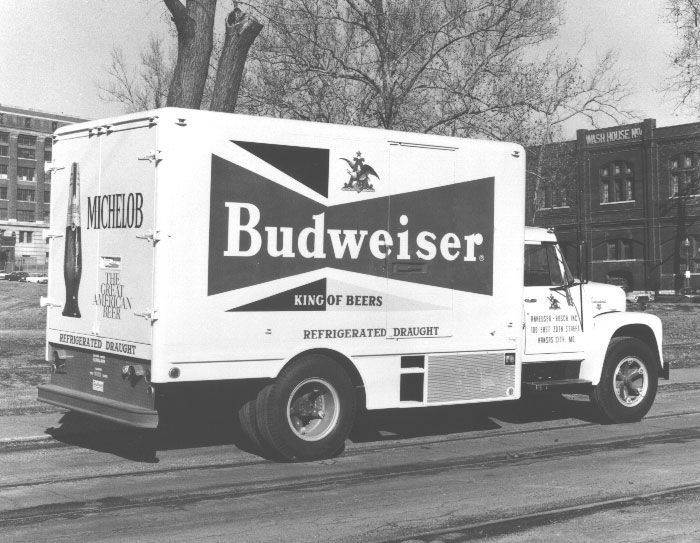 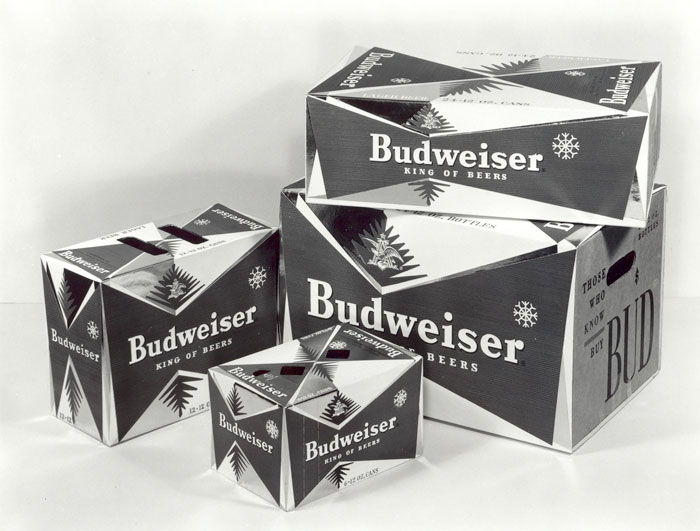 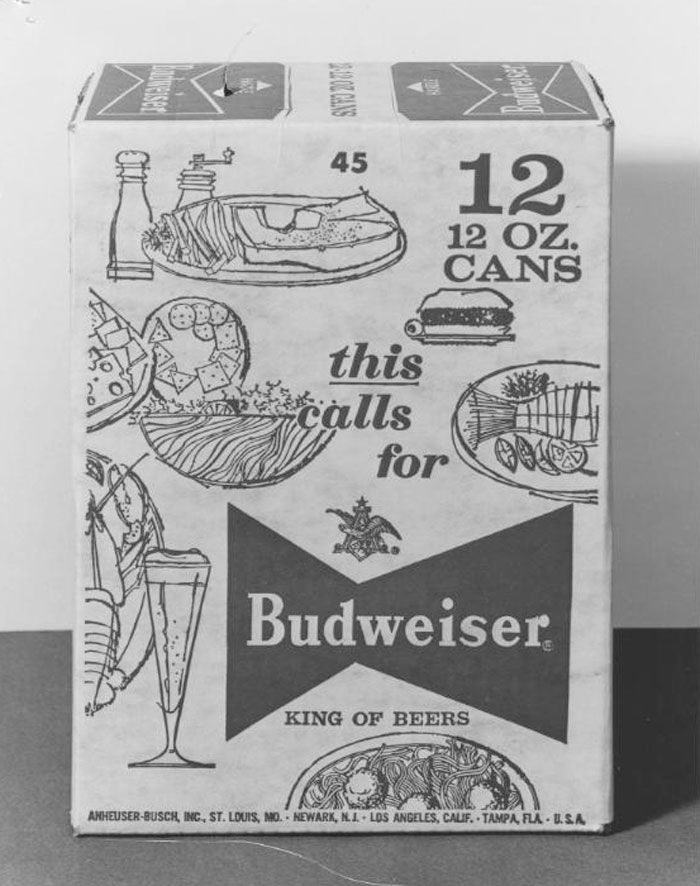 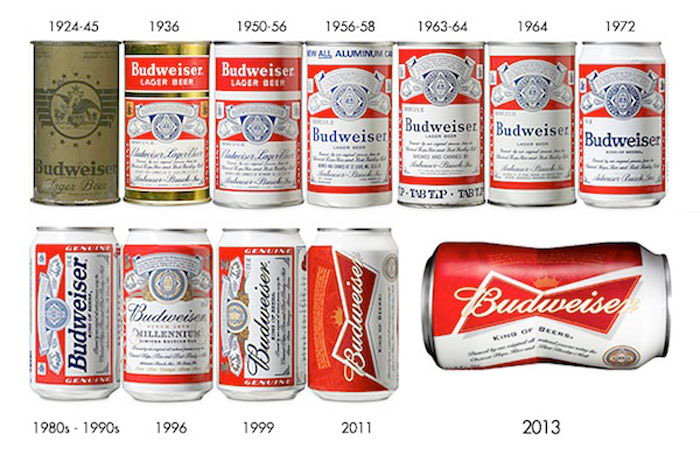 Win a Pass to The Dieline Package Design Conference!