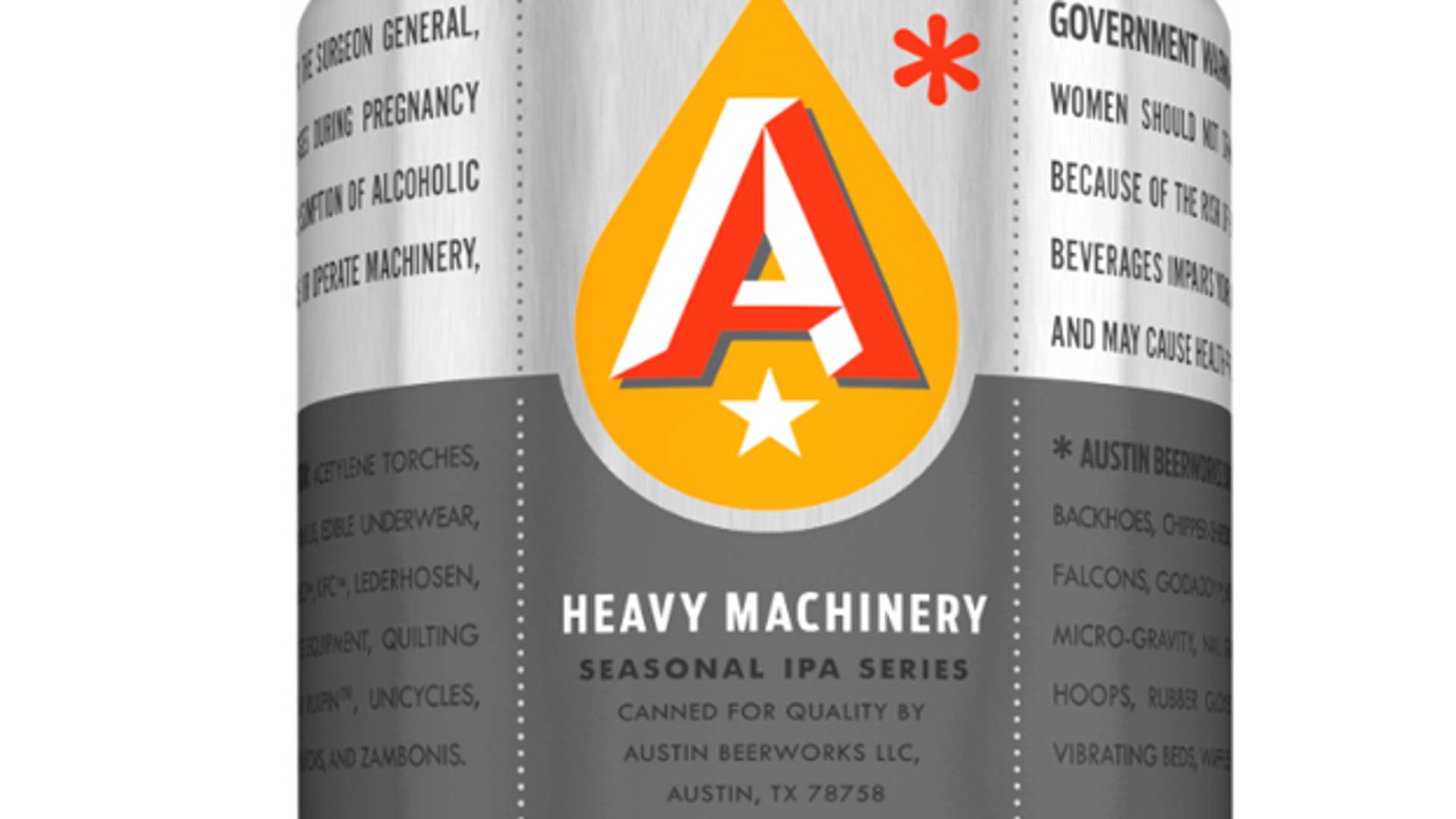 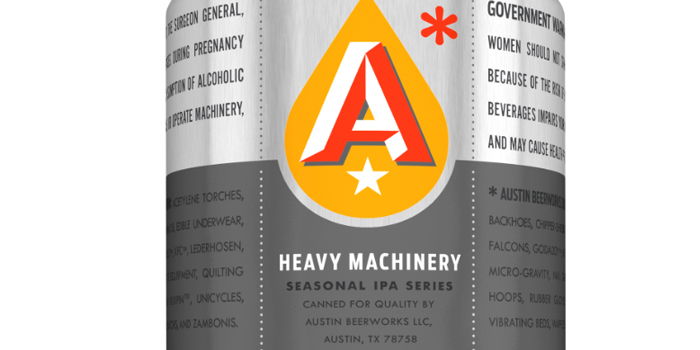 The brewery planned to produce a different IPA every two months, ranging from traditional to experimental IPAs, and to distribute them as a limited-release series throughout the year. With each beer release being smaller than the minimum run of cans, we needed to design a single packaging solution and naming convention that could be used for all eight IPAs.

As part of our packaging exploration and naming exercises, we shifted our approach and asked questions from different points of view. Two of those questions were 'what are we absolutely required to include on the can?' and, 'what is it important for consumers know about these beers?'The answers became the drivers for our packaging solution."

"Every can of beer sold in the US must feature the official government warning. It’s traditionally hidden away. But what would packaging look like if the government warning was just the beginning of the conversation? The answer is Heavy Machinery Seasonal IPA Series.

The packaging leads with the official government warning, front and center. That text is followed by a playful list of everything else the brewery suggests beer drinkers avoid while enjoying these IPAs, including eyebrow tweezers, twitter and any machine that can juice a carrot.

The cans are paired with a four-pack box that clearly denotes the IPA style, and can be produced in small print runs for each release. The unexpected package inside creates an entertaining, memorable experience for beer drinkers and keeps the IPA series front of mind as the copy changes over time." 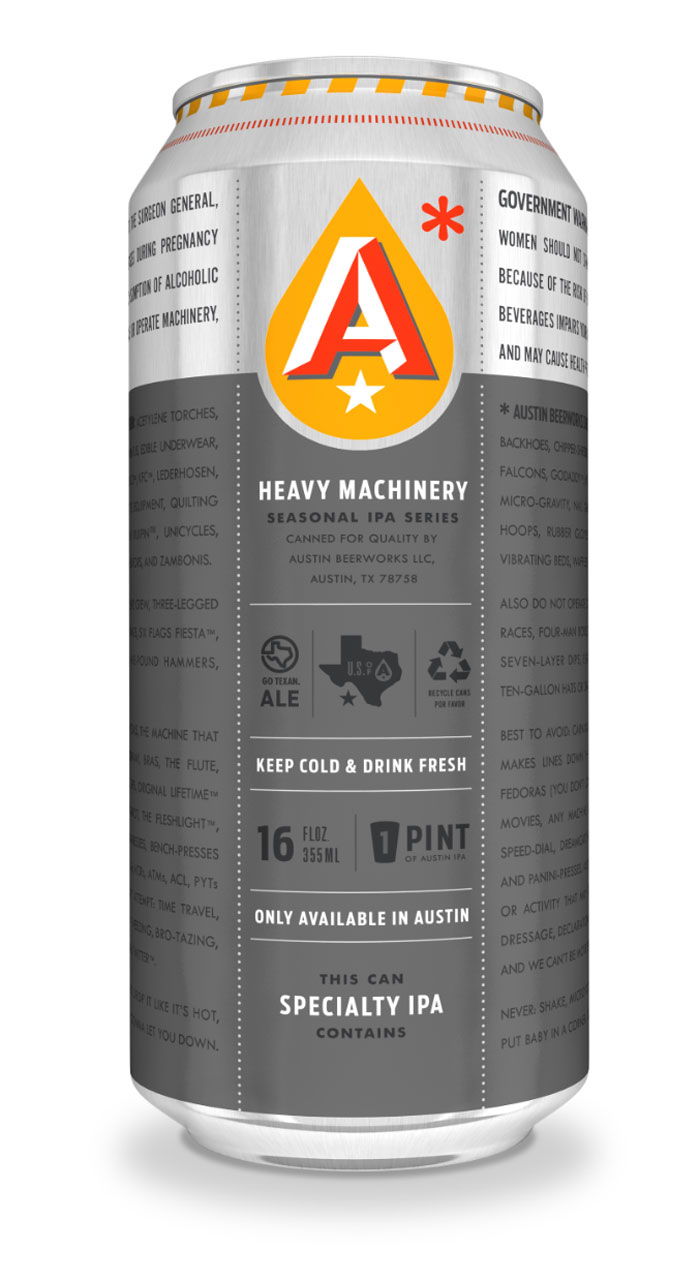 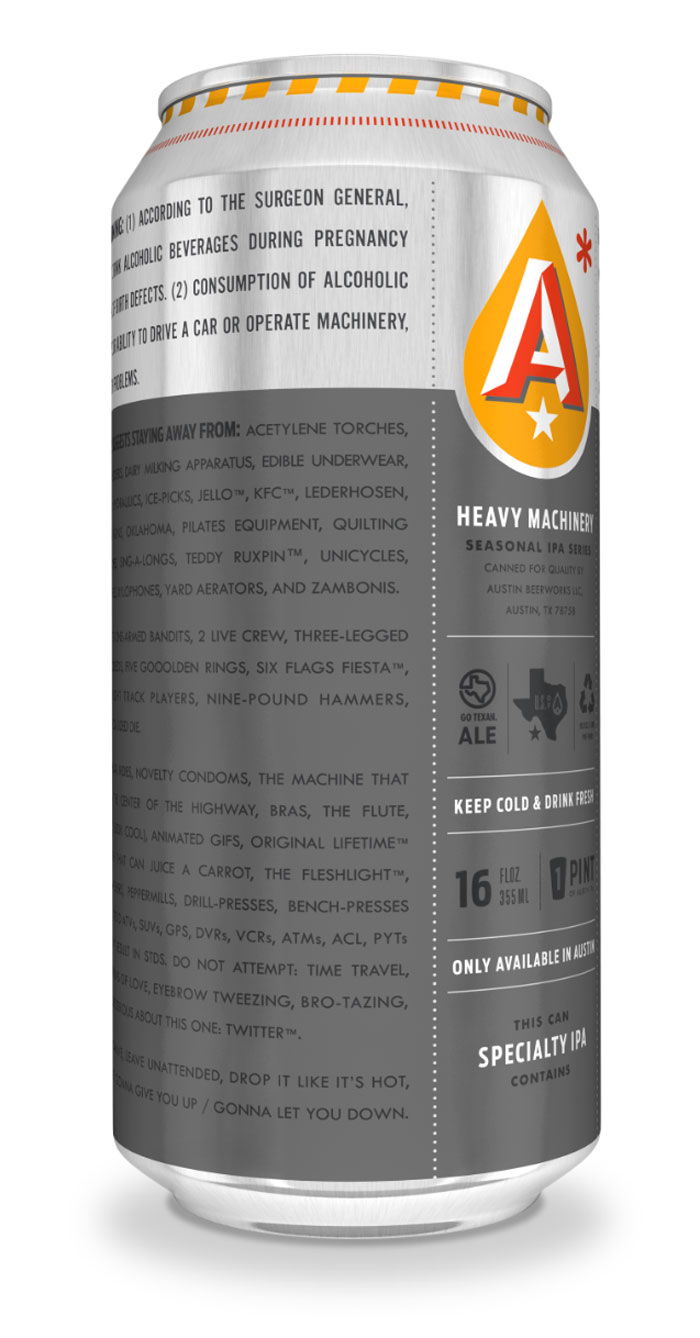 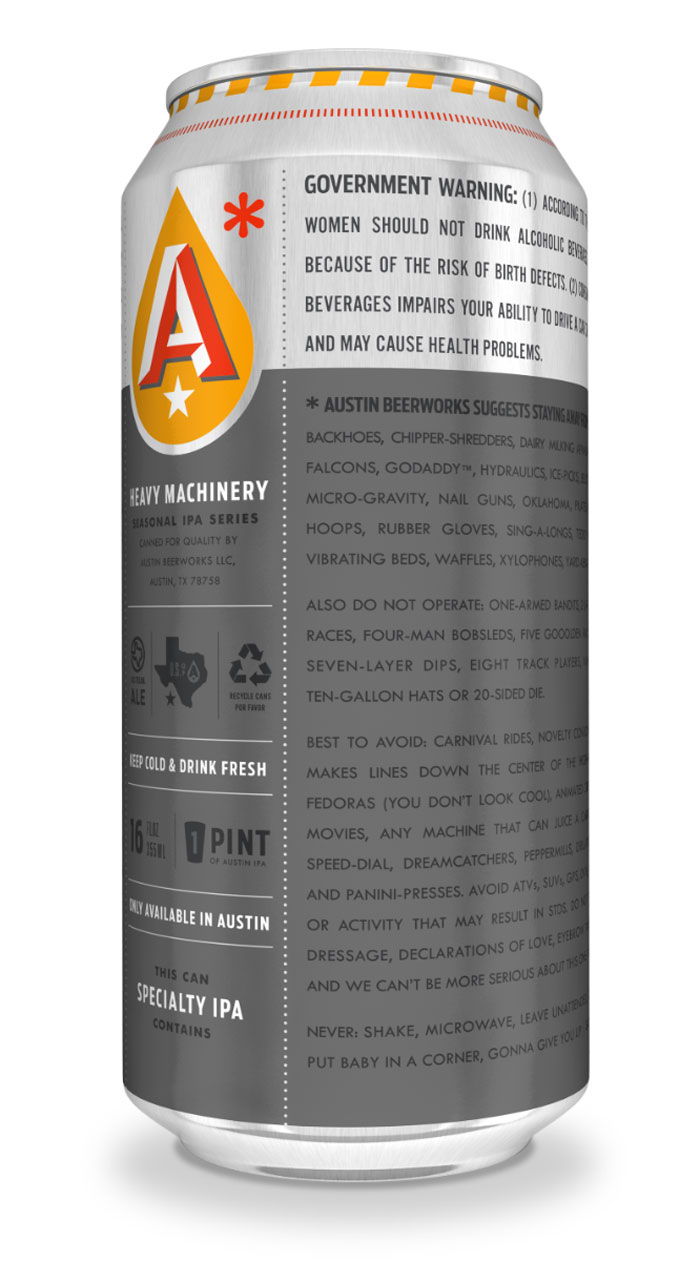