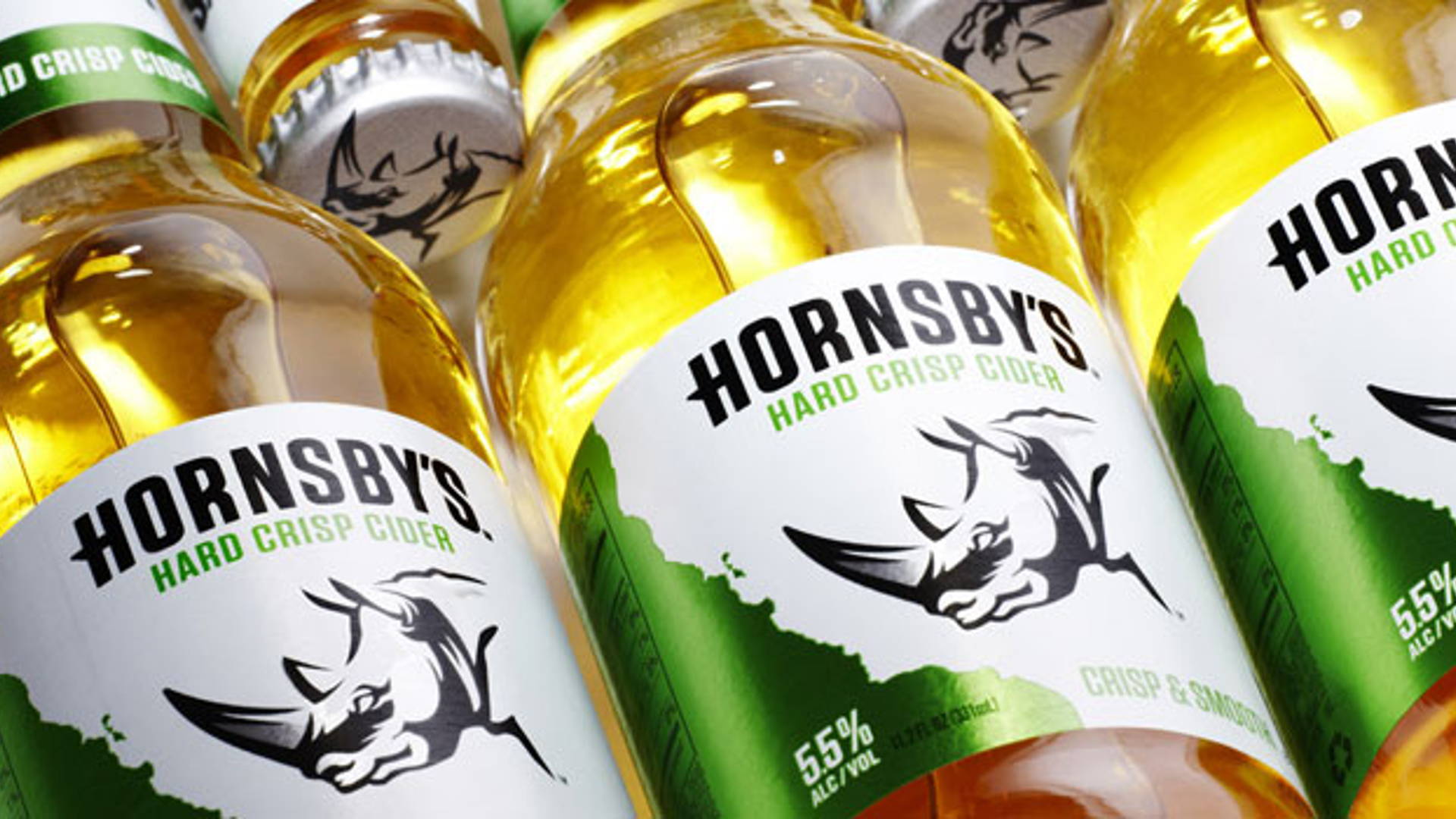 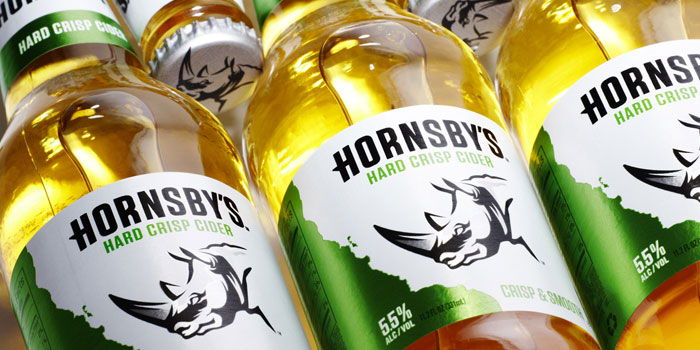 Blue Marlin’s New York studio was challenged with crafting a revolutionary new design that would capture the 15 year-old brand’s essence while cutting through the recent surge of competitors entering the hard cider market. The new identity also needed to break down barriers between beer and cider drinkers and bring the budding hard cider category into the American mainstream.

"Blue Marlin landed the big idea of “The Outcider” to guide the creation of Hornsby’s new packaging. In order to shake-up the cider market and get the attention from beer drinkers it deserves, the brand needed a bold new identity, and “The Outcider” represents bravery, independence, and fearlessness of being different. At the same time, the idea captures the spirit of adventure – a quality founder George Hornsby was known for – that was inherent in the brand.

Given its ambitious goal to revolutionize the cider category, C&C Group allowed Blue Marlin the freedom to completely overhaul the brand’s previous packaging. To visually represent its new identity, the agency made heavy use of the color white, which is a significant departure from the navy blue previously used, to achieve maximum impact on shelves. The Hornsby’s rhinoceros, which underscores the boldness associated with being “The Outcider,” was elevated to brand icon status and redesigned to have a more contemporary, masculine look.

“Our partners at C&C Group were willing to be brave and allow us to truly revolutionize the brand. We wanted to push Hornsby’s into new territory and were lucky enough to work with clients who were willing to take that journey,”

remarked Ben Cleaver, Managing Director of Blue Marlin New York. ( Ben Clever, is one of our speakers at The Dieline Packaging Design Conference 2013) 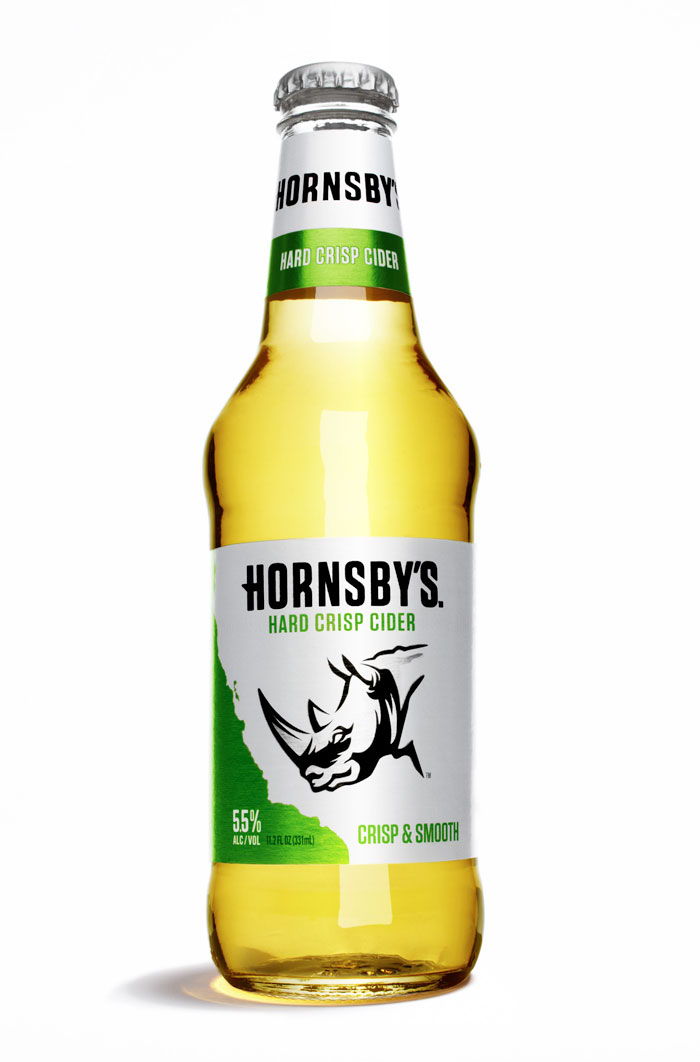 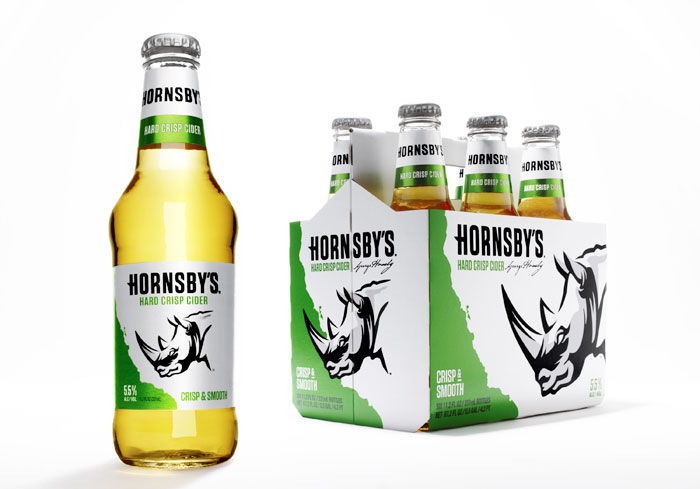 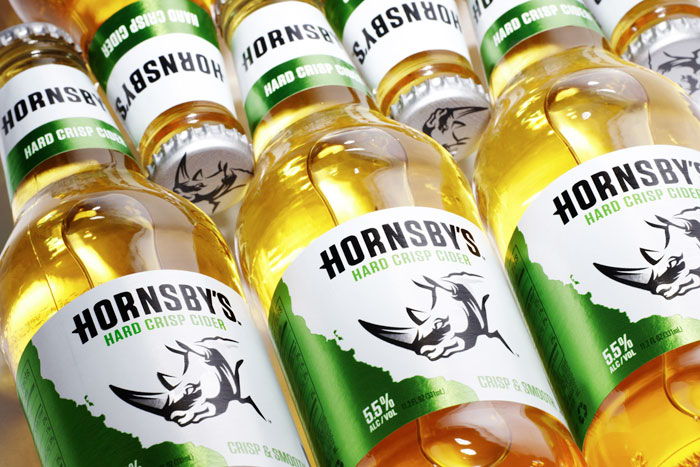