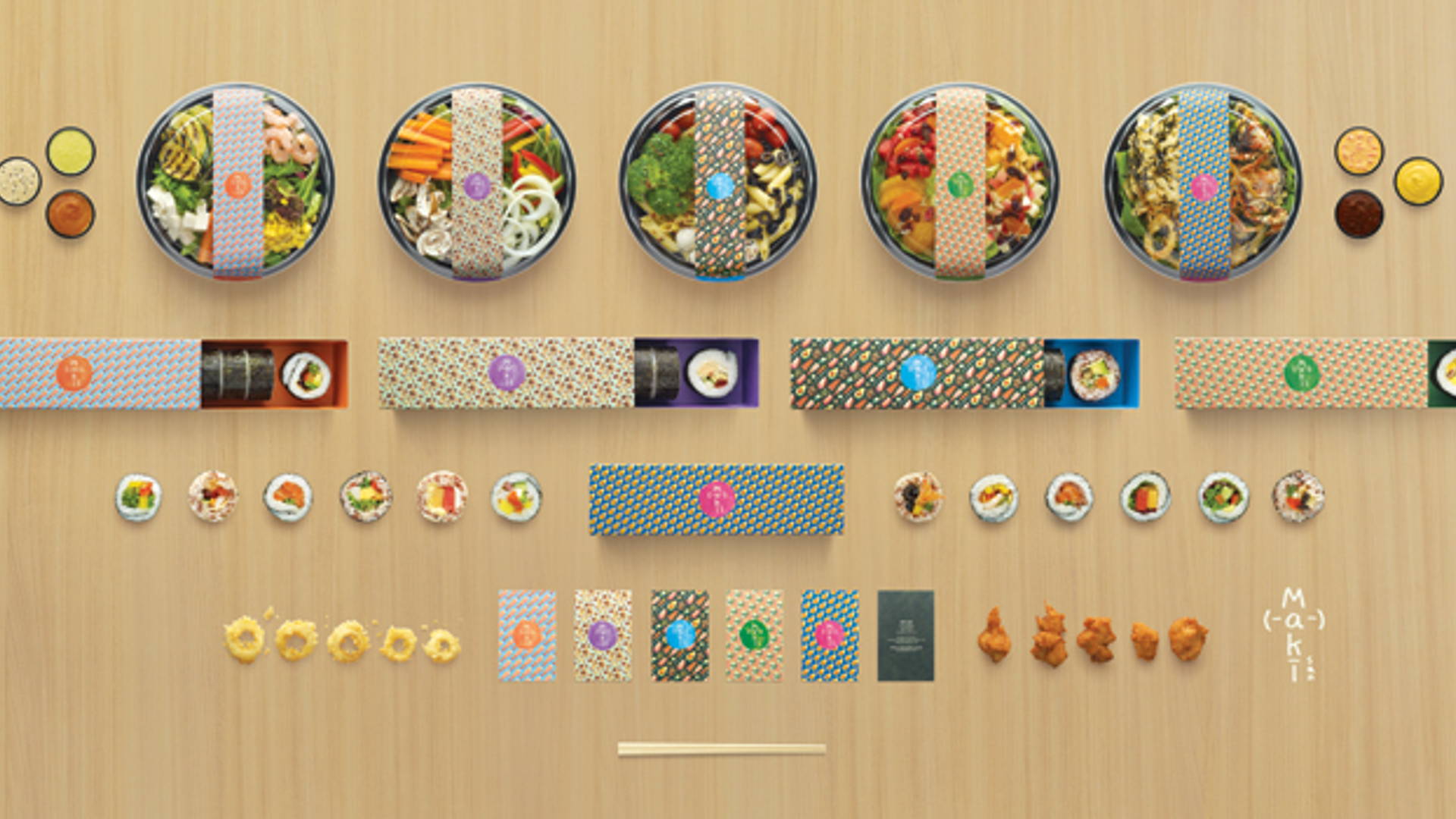 A fresh take on sushi.

"The client wanted to launch Singapore’s first ever fully customizable sushi store. Being offered a wide selection of fresh ingredients, diners could pick and choose precisely what went into their hand-rolls."

“We proposed naming the store “Makisan” for one simple reason: the word 'san'roughly translates as “mister” or “missus” in Japanese, and by using this suffix, each Maki could be uniquely personified. This idea also extends to operations: customers can name their own rolls however they choose to. The logo is made up of emoticons commonly used in Japanese pop culture.

Using hand-drawn illustrations of mushrooms, avocados, cucumbers, and other ingredients, we designed a myriad of patterns which became Makisan’s main visual identity. These motifs were applied throughout the consumer experience - right down to the packaging - to play up the endless, fun options available for diners.

Vibrant colours were used for the store’s interior, creating an energetic atmosphere to attract the chic crowd looking for something more than just average sushi.

To inspire customers in their Maki creations, we created amusing Maki combinations such as 'Curry-OK,' 'Ebi Road,' and 'Kevin’s Bacon.' The illustrated Maki rolls were extruded to reveal their ingredients.

At Makisan, customers have the ability to exclude any ingredient they don’t fancy. This preposition is amplified with a series of posters which hang vibrantly on the walls. Some usual culprits are personified into villains straight out of a Japanese manga comic." 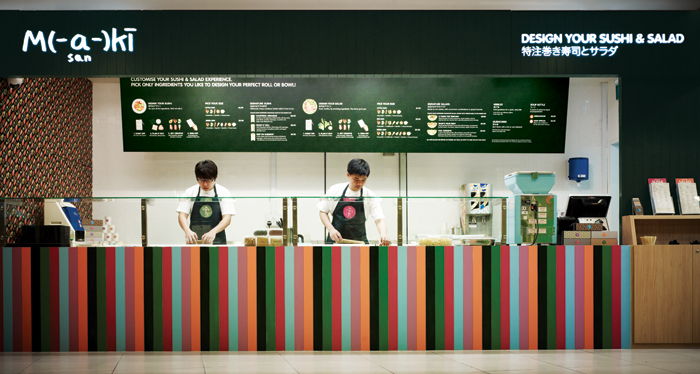 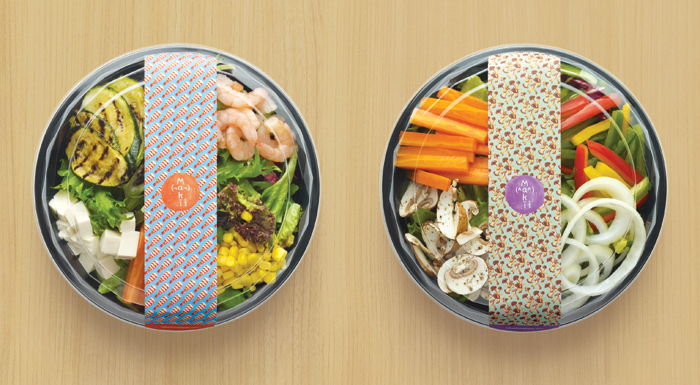 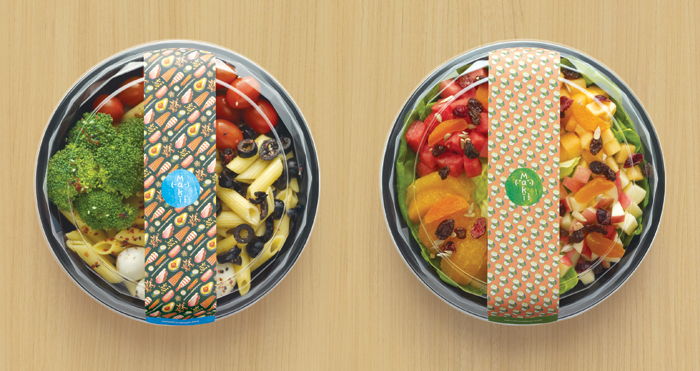 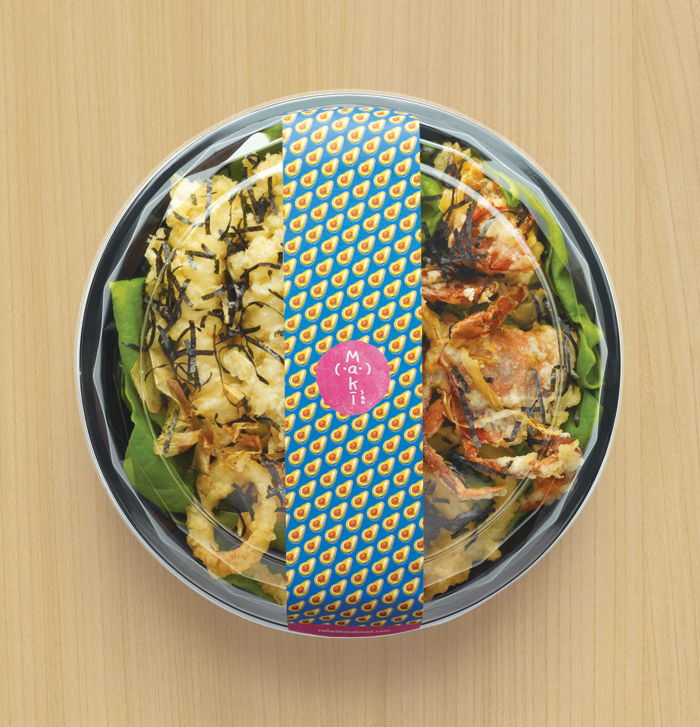 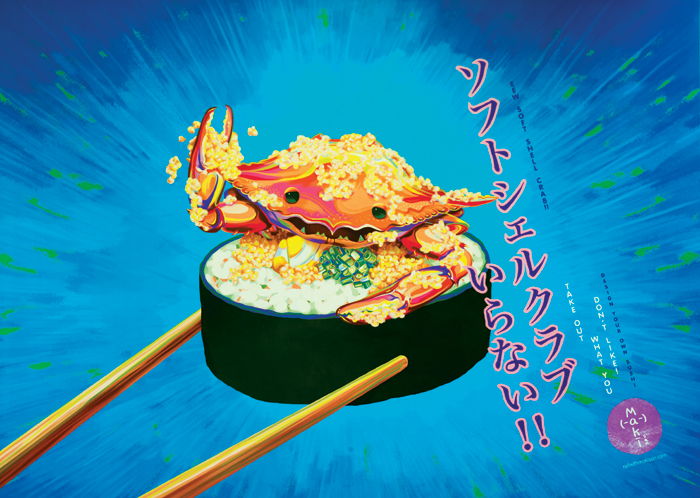 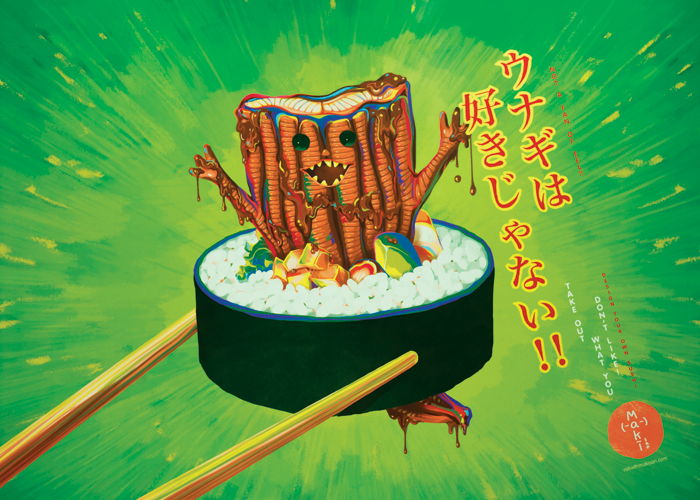 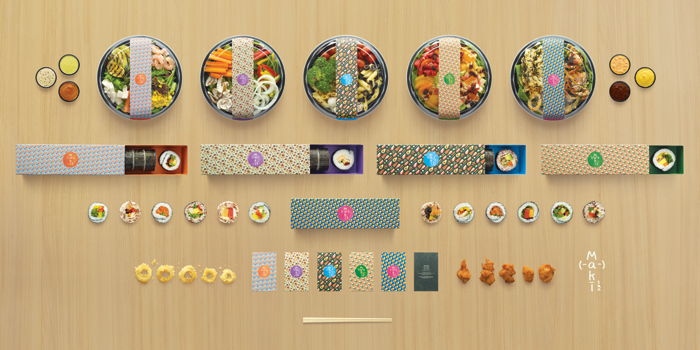