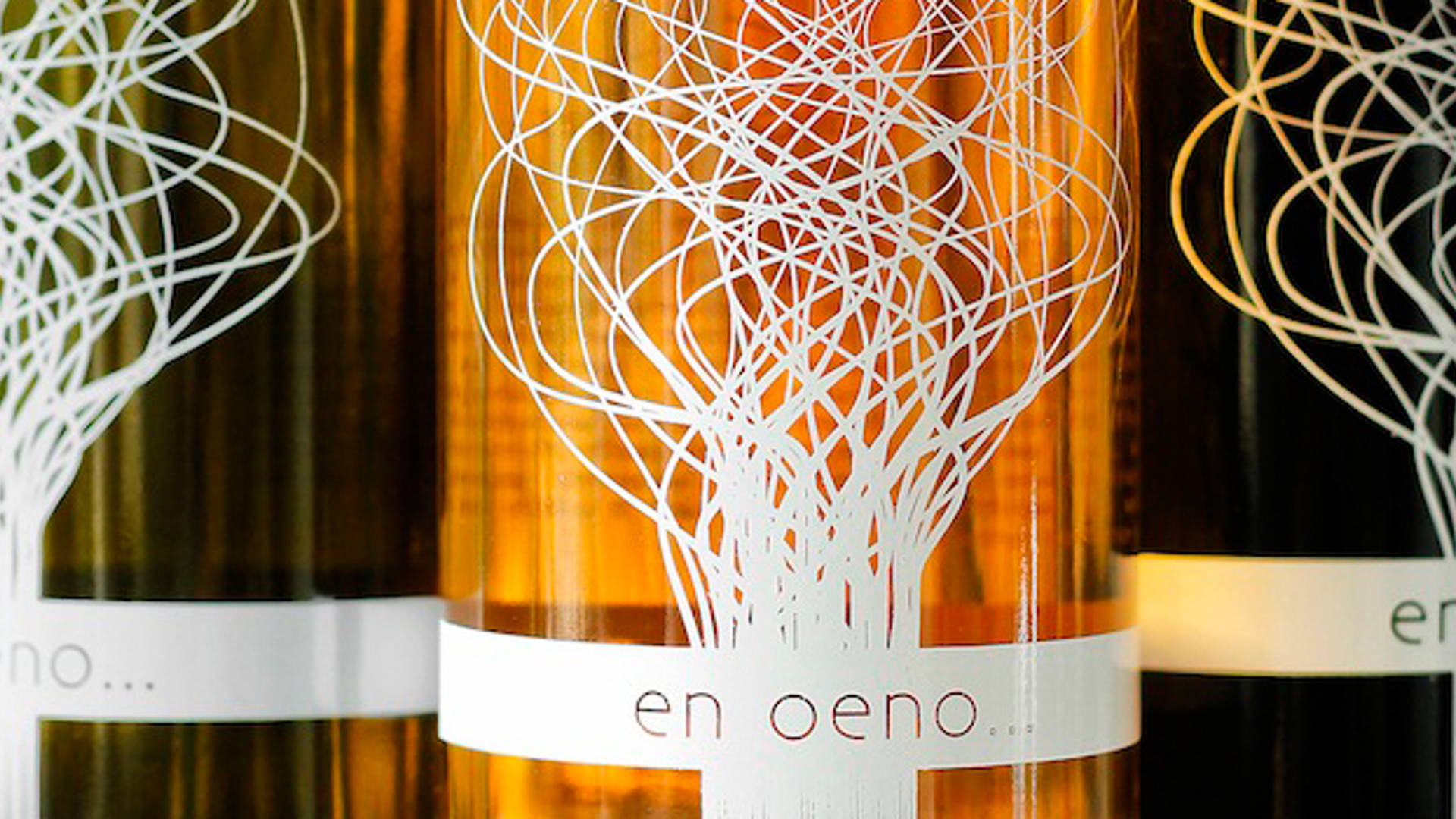 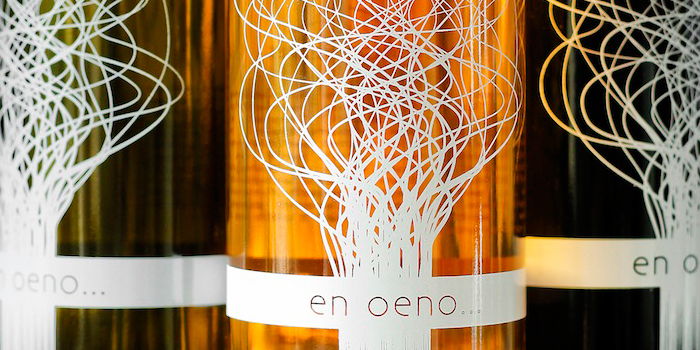 “En Oeno. . .” references Ancient Greek proverb “En Oeno Alethea,” which means “In wine, there is truth.” Since ancient times, Greek wine consumption has led to the revelation of secret verities locked mysteriously inside one’s self."

"En Oeno..." is the creation of one of the greatest oenologists of Greece, Bakis Tsalkos, and Oenogenesis winery. With extensive studies in Montpelier and many years of work in Bordeaux as oenologist, Mr Tsalkos is considered the "master of big and complex Greek wines."

The goal was to convey the concept of truth and transparency, as it would apply to a similarly true and natural wine of the highest quality. Production for "En Oeno..." is based on green harvesting, meticulous selection of the best grapes, a maximum of 16 seconds from the crushing of the grapes until they are moved into the tank and more. We wanted to show that process of taking something raw and turning it into something so exquisite, in the same way that one's personality can be revealed through wine consumption. The beautiful screen-printed graphic shows that gradual process as chaos becomes uncluttered when "filtered" through "En Oeno Alethea." 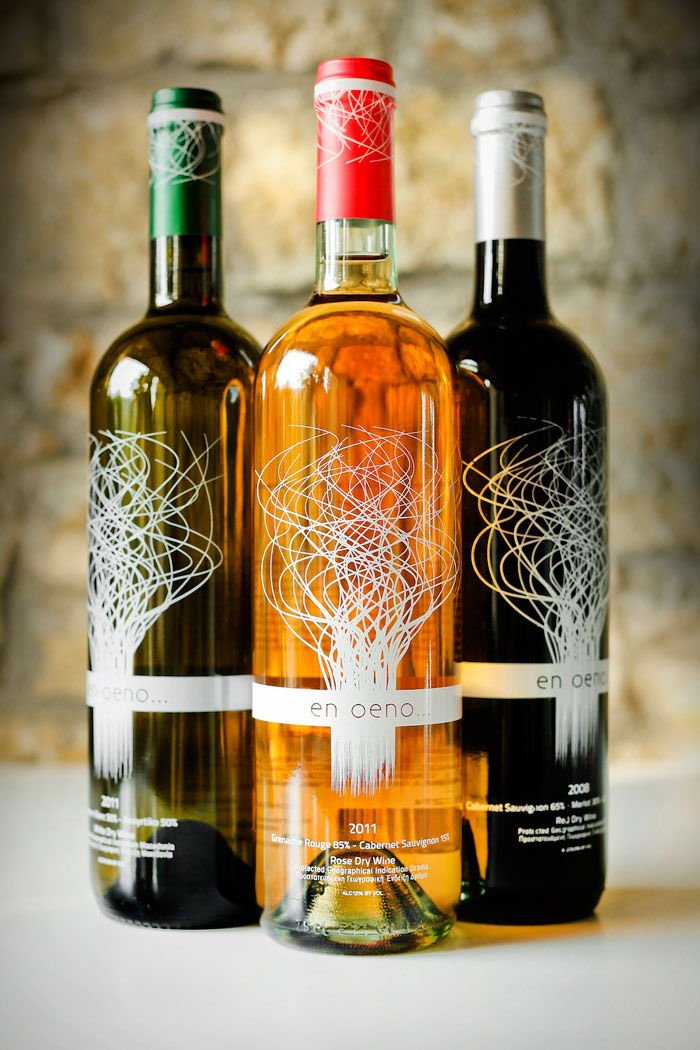 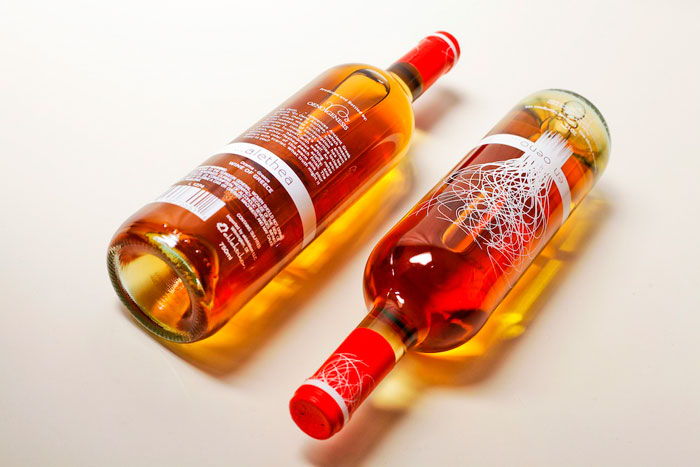 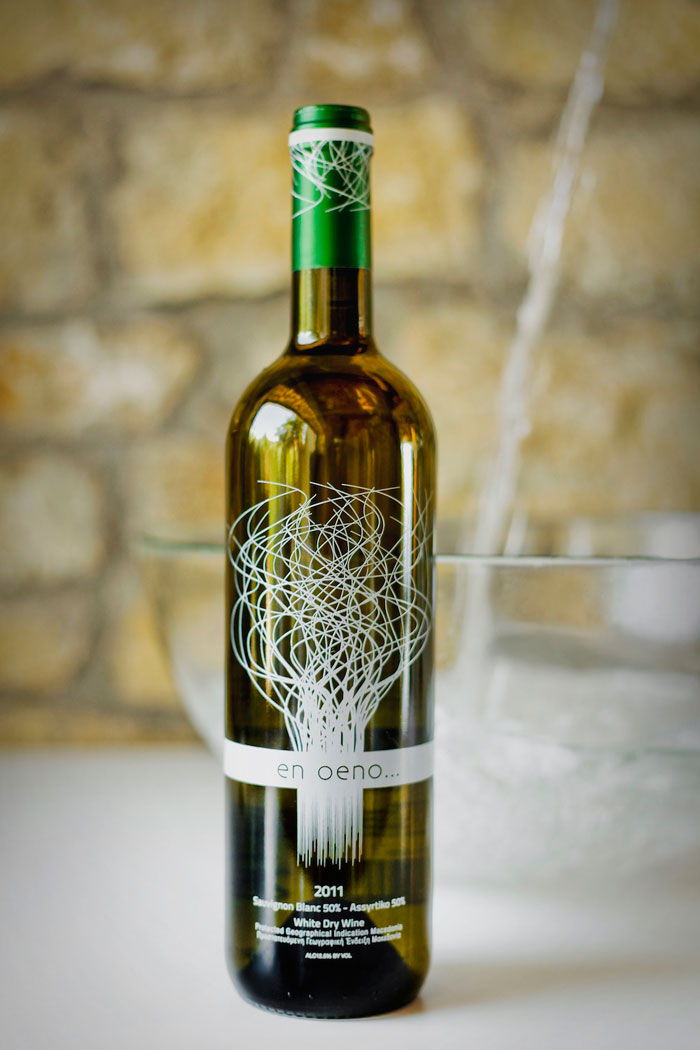 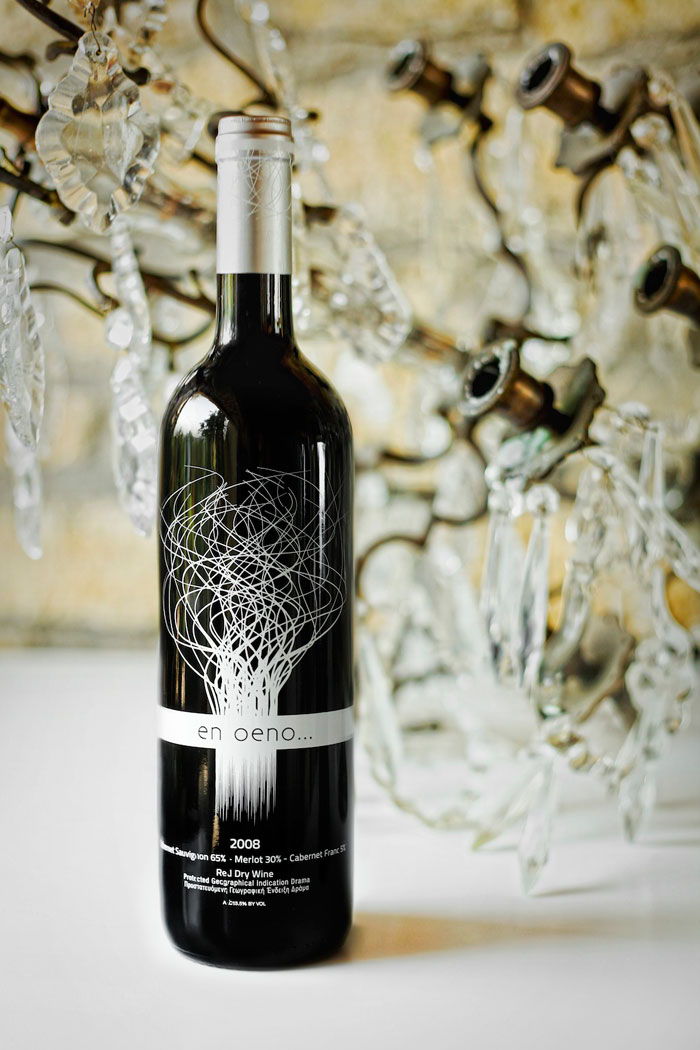 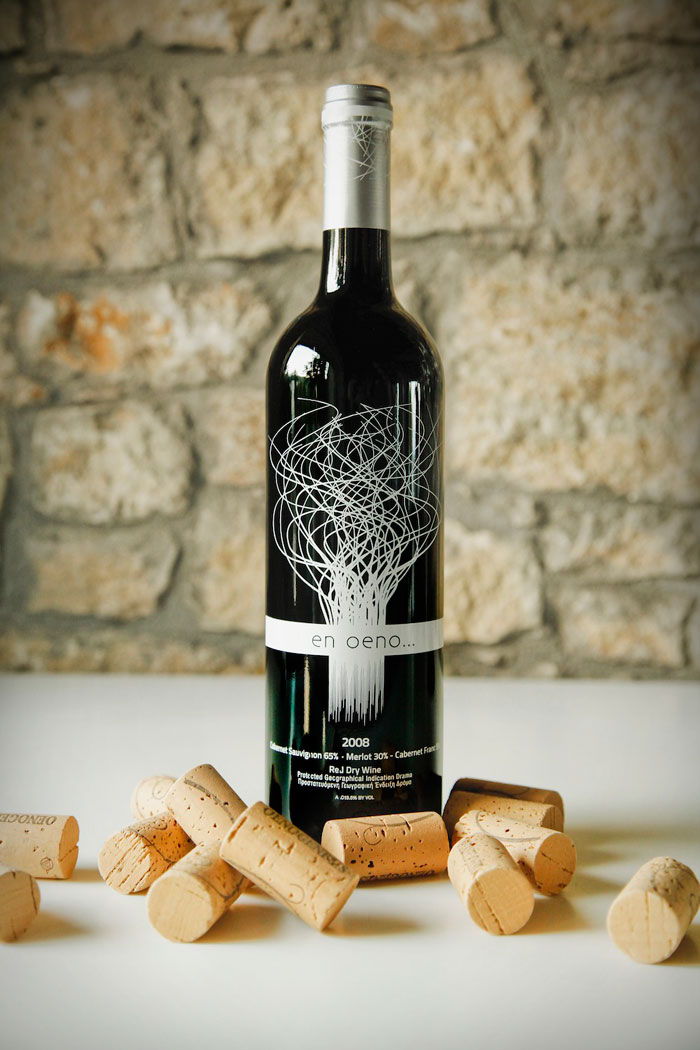 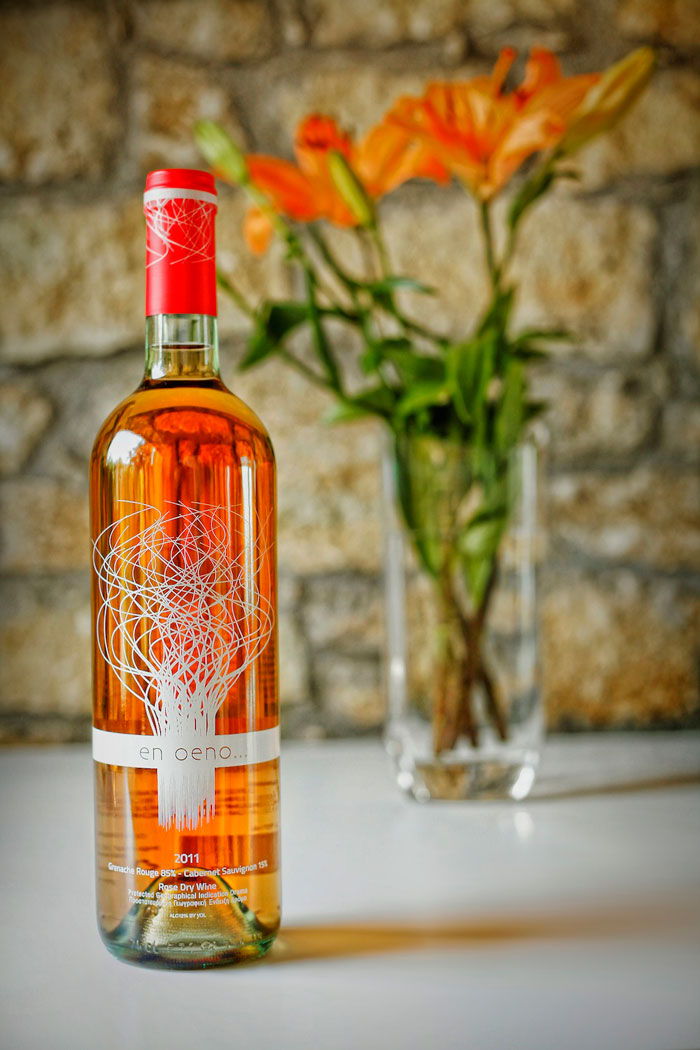