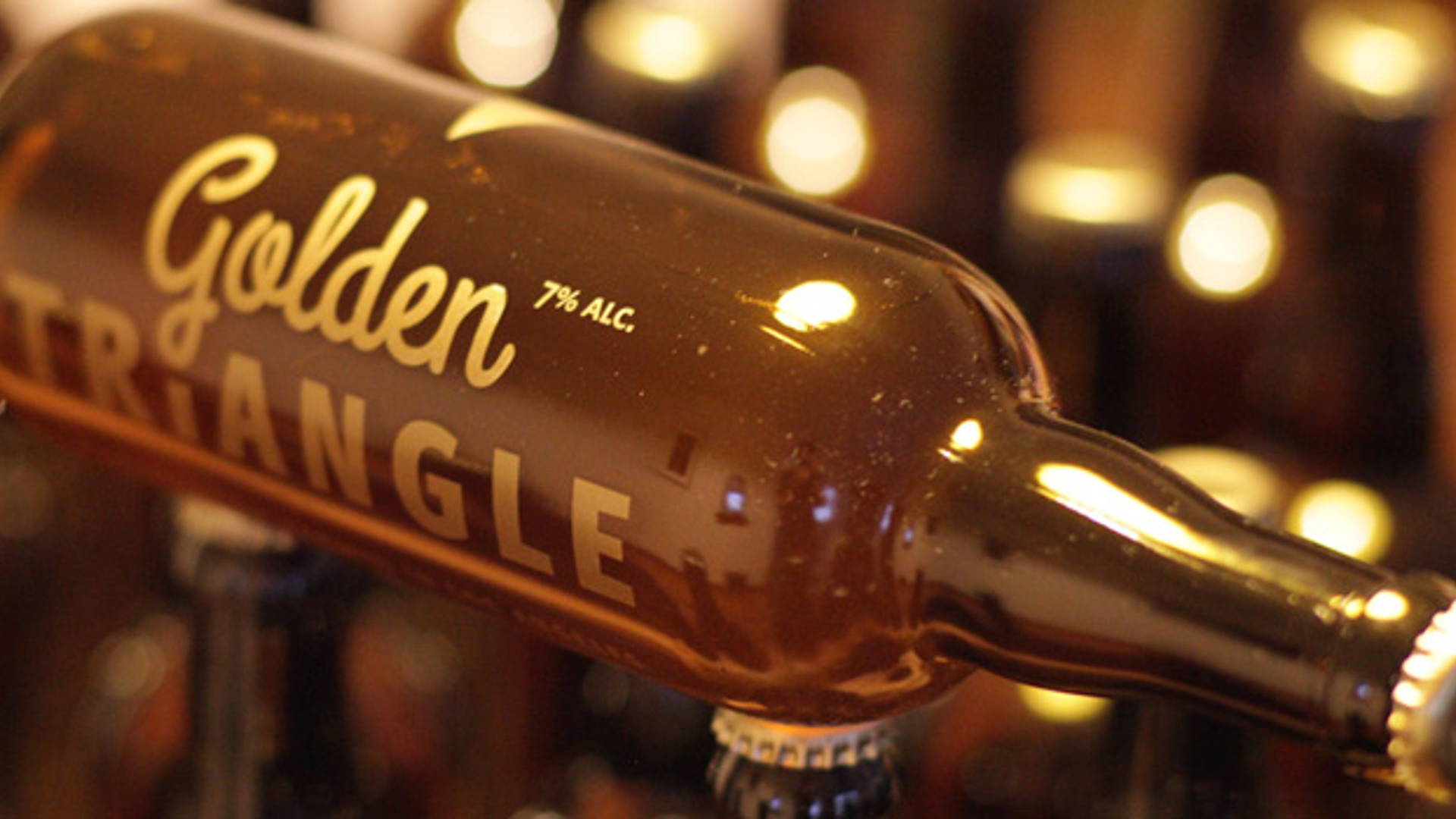 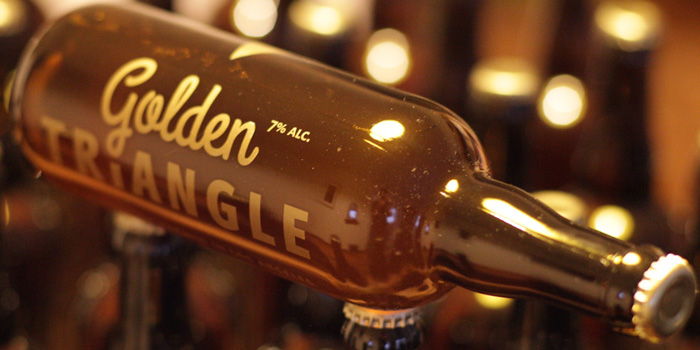 "Who doesn’t want to make beer? I’m a casual beer drinker and it still seems like such a fun process–and the resulting product is pretty great, too! We recently got a New Year surprise courtesy of One Long House‘s Alan Stuart, recent LAIY cover boy. You usually get a card or a little handmade something in the mail but Alan and OLH sent a flossy looking beer they made. It’s super handsome: we had to ask Alan about all the details.

The beer is a Belgian ale made in Los Angeles and brewed by Bob Kunz. The bottle is super rad with a gold description screenprinted right onto the bottle, thanks to Ceramic Decorating Co. It isn’t precious nor is it casual in its look which lands the bottle design as a perfect high/low mix. As you assumed, the design work was totally an OLH inside job. Below are a few process shots Alan passed along to us."

"The beer itself is a light and perfect beer for Southern California. Living up to its name, it is as golden as the printed triangle on the bottle. It’s creamy and would make any Belgian brewer proud. It has a nice sweet note on the end of it that would be just what you wanted on a hot LA day.

The beer is OLH’s way of welcoming 2013 and spreading a little new year joy. That said, it currently isn’t going to be going up for sale. Alan did note that a video on the process of beer making is coming soon and you can catch lots of behind the scenes photos on their Instagram. He also mentioned they were chronicling the project with the #goldentriangle hash tag."

Designed By: One Long House 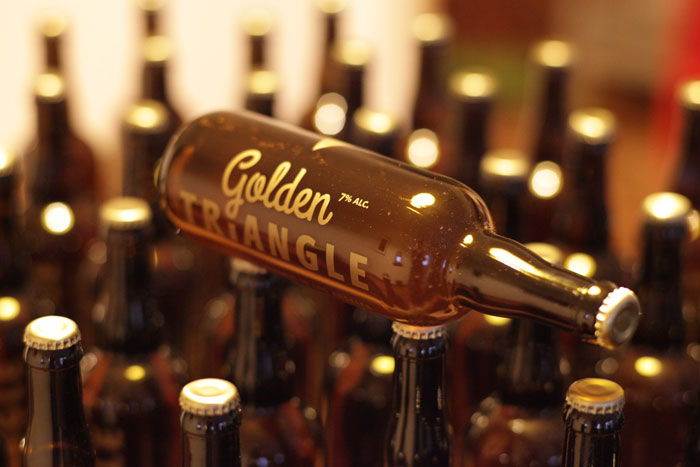 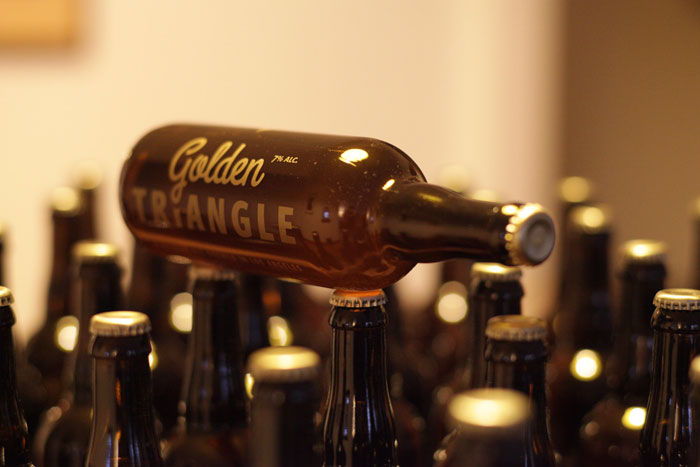 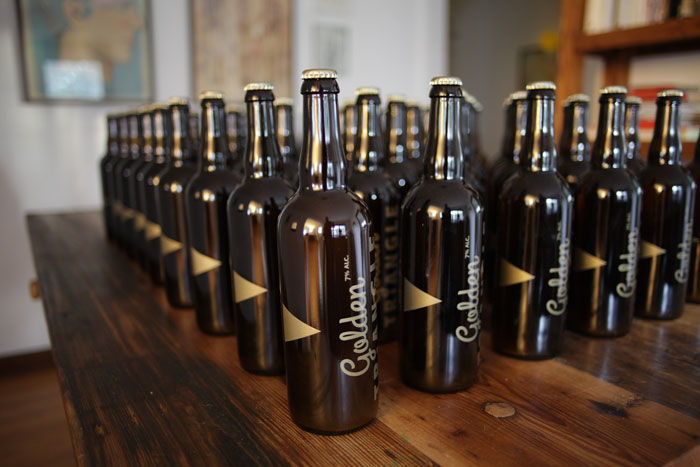 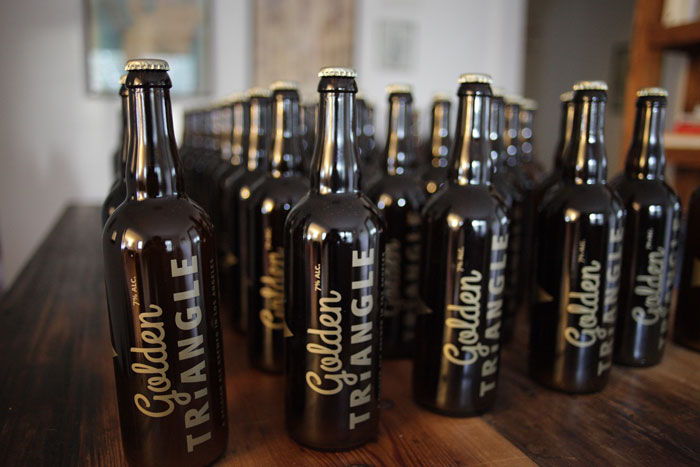 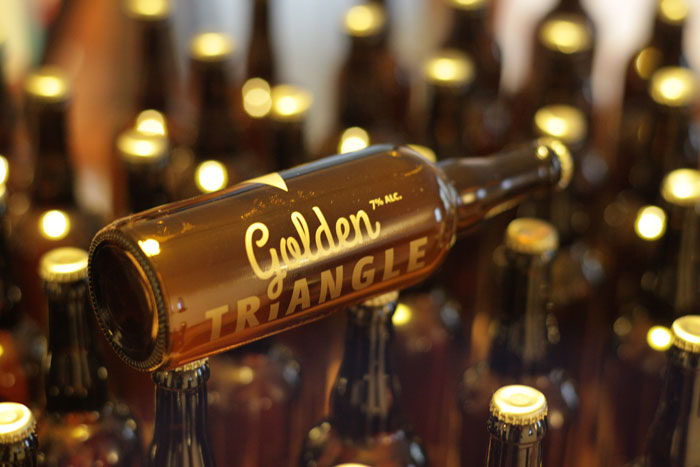 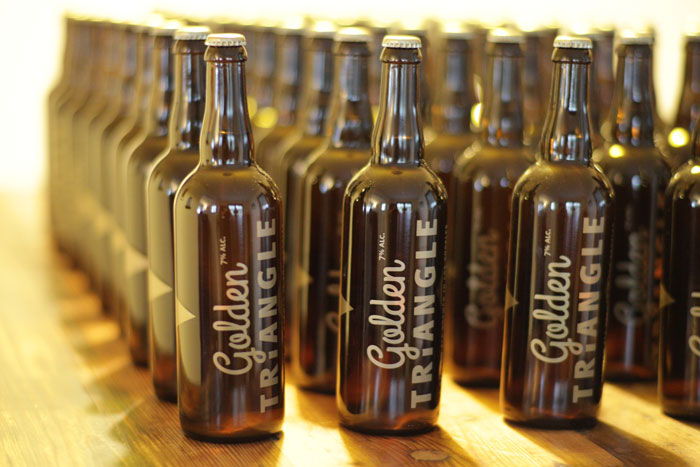 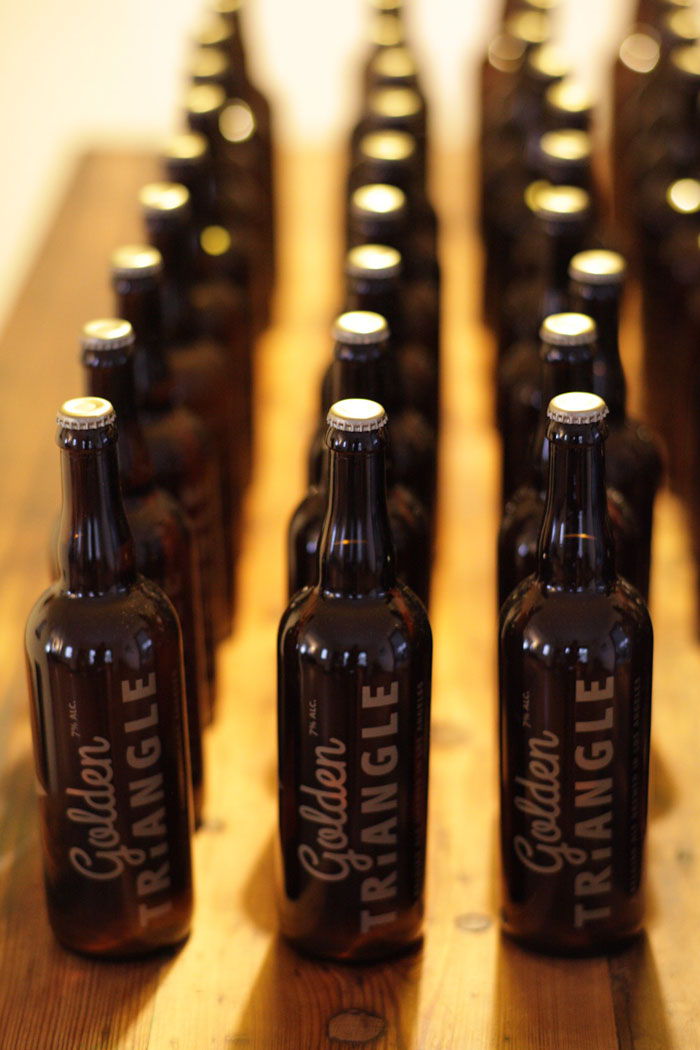 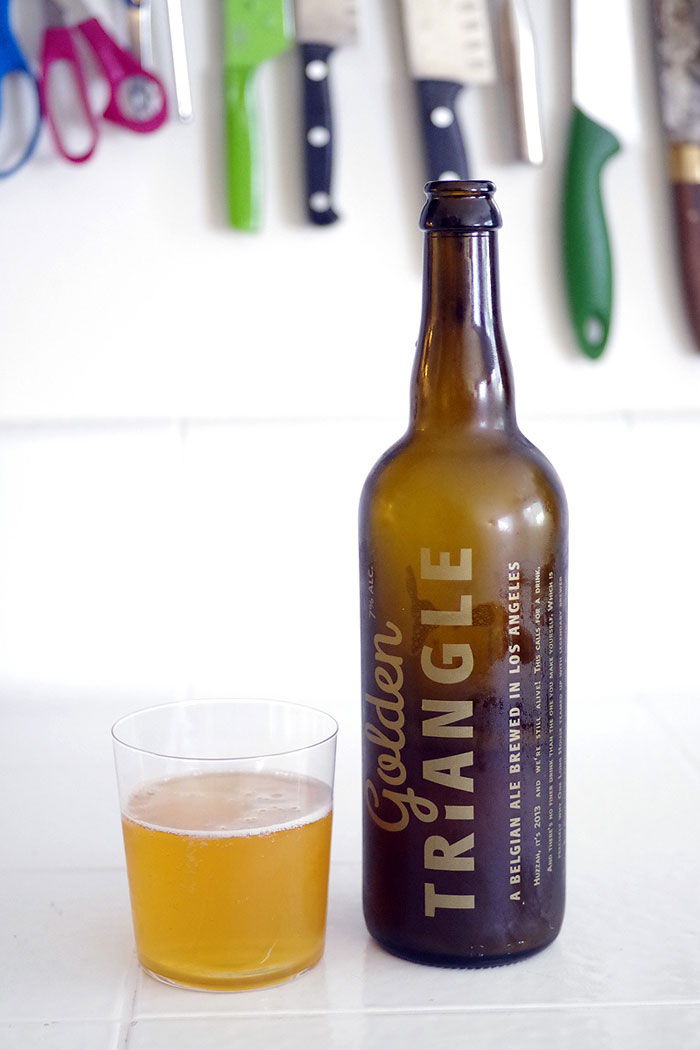 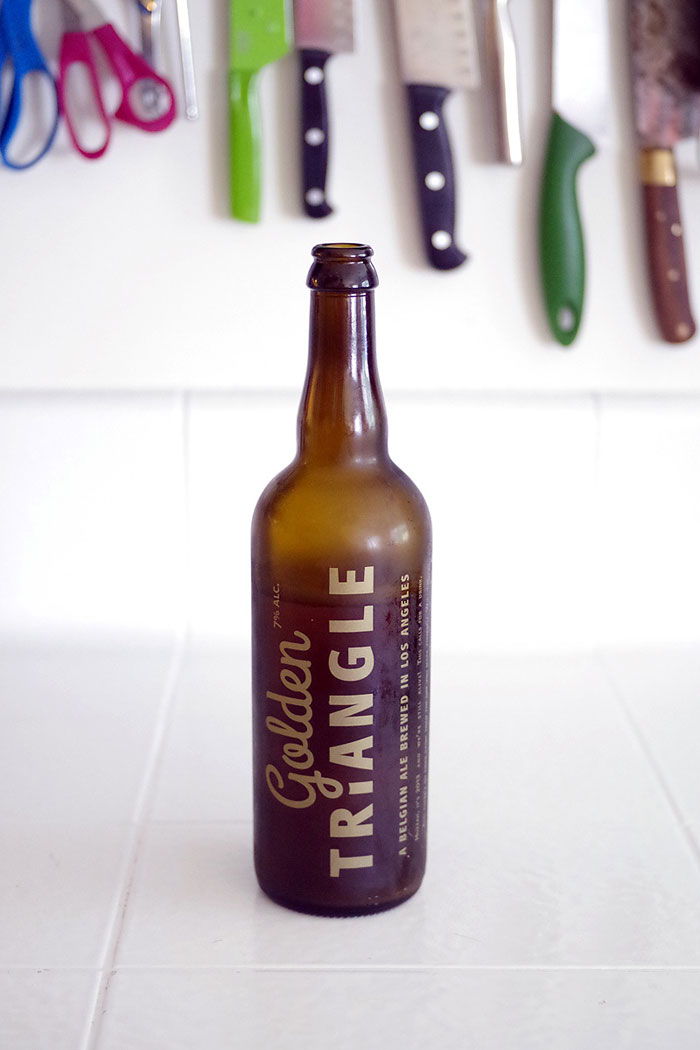