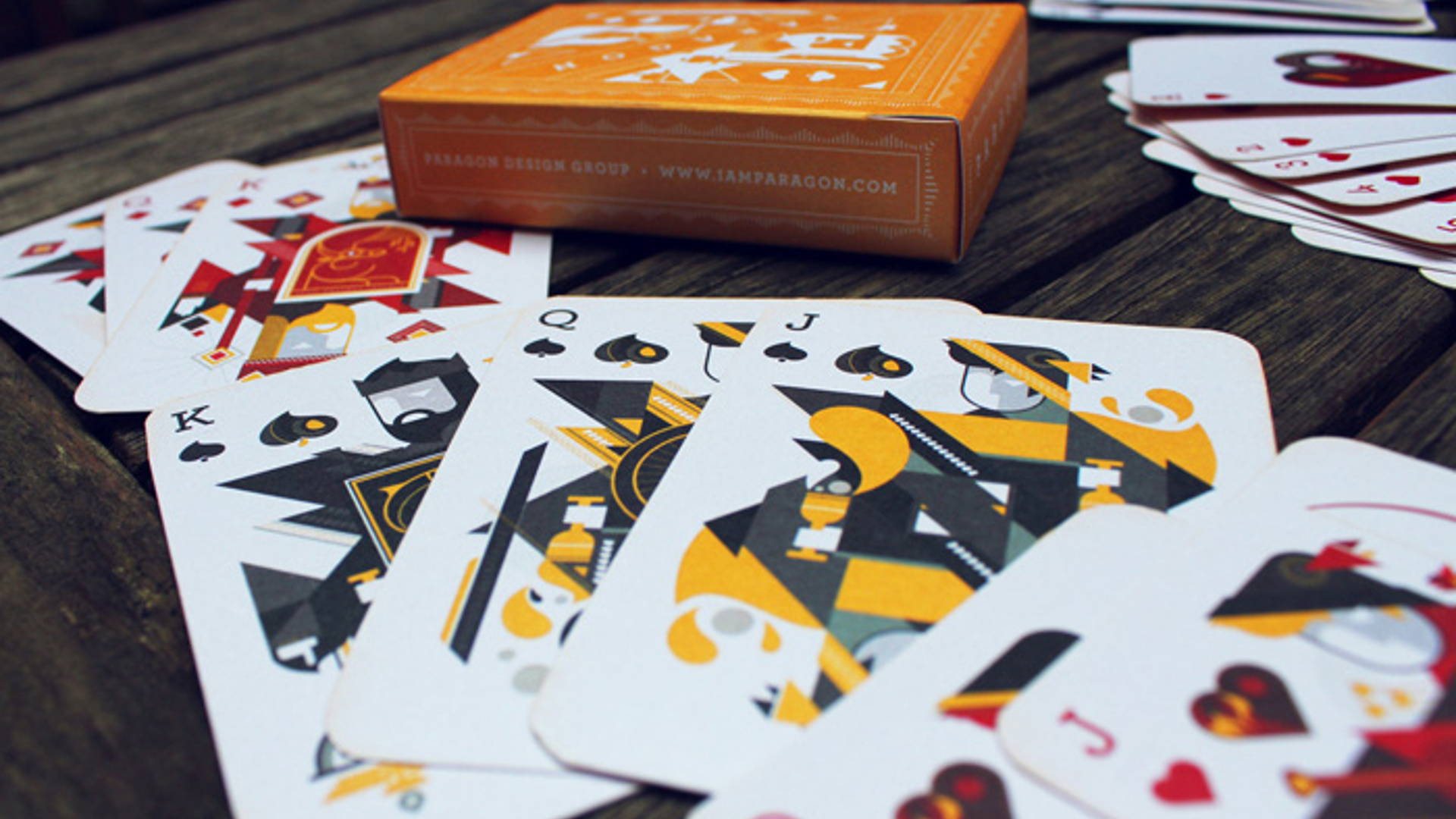 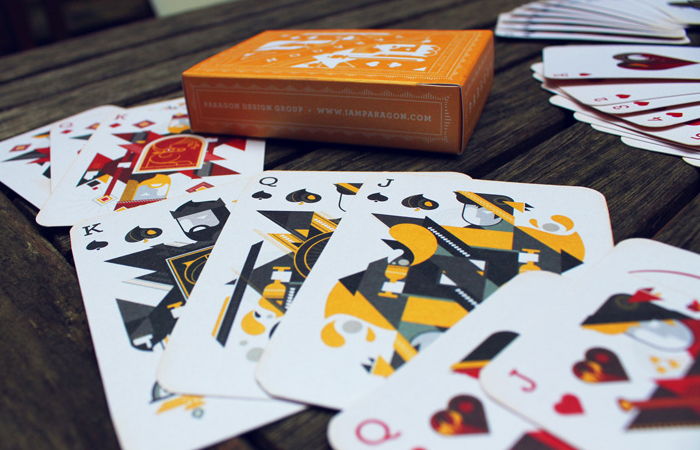 "The goal was to incorporate the symbolism and philosophies surrounding the Classical Greek Elements of Earth, Air, Fire and Water and once we began digging into the rich history of these concepts, we decided the only way to do it right was to allow each traditional kingdom to represent the corresponding elements. Earth took Diamonds, Air Clubs, Hearts became Fire and Spades Water.

Traditional icons were incorporated into the face cards as well as new embellishments like Latin text and the complex visual language of the elements. The backs of the cards featured a graphic pattern created using our logo mark. Both the deck and custom box were printed on Shine paper appropriate for the Holiday Season." 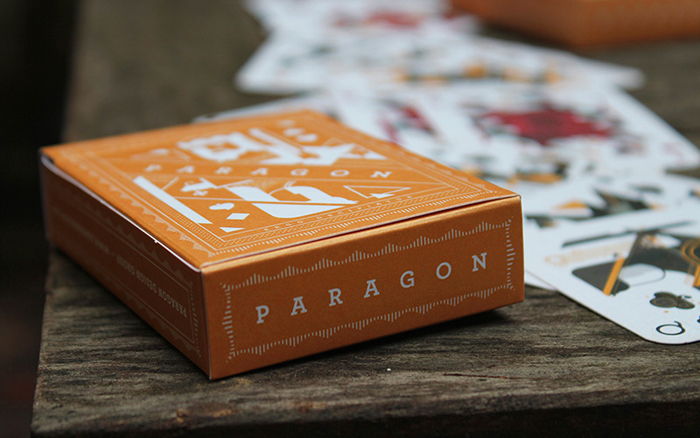 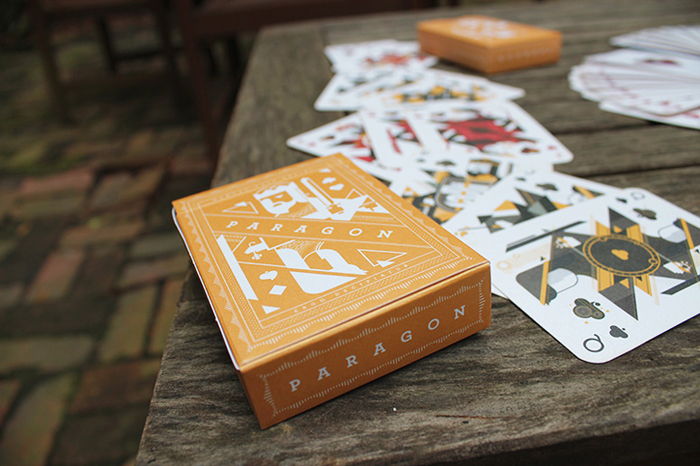 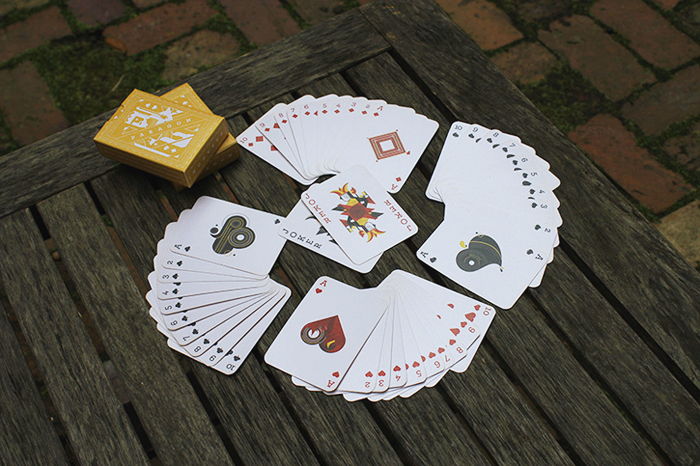 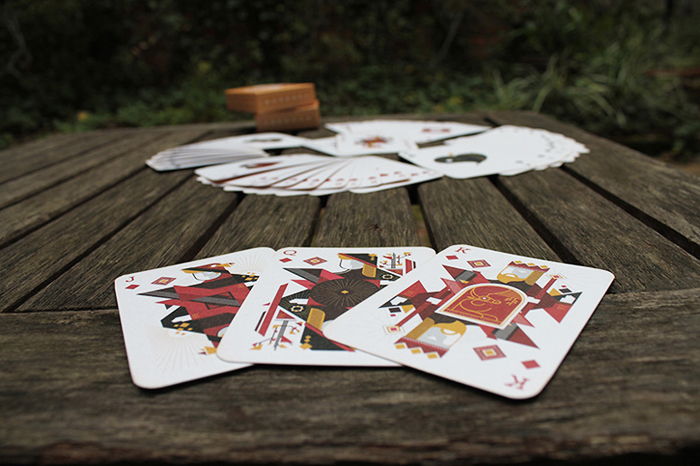 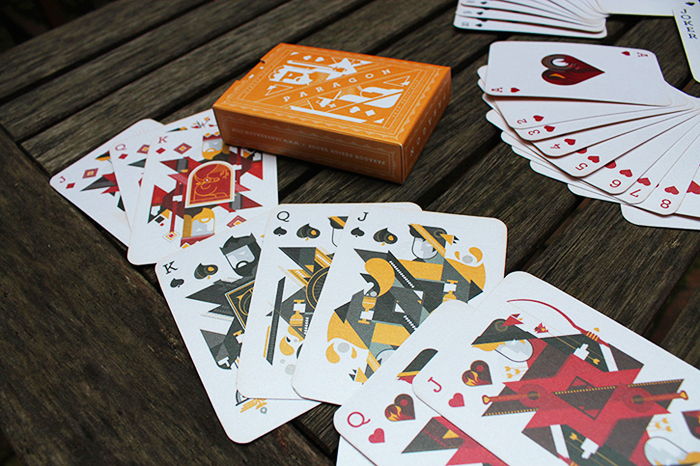 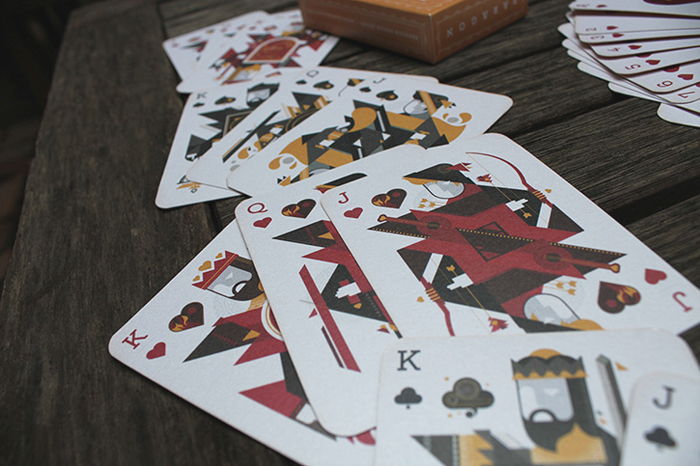