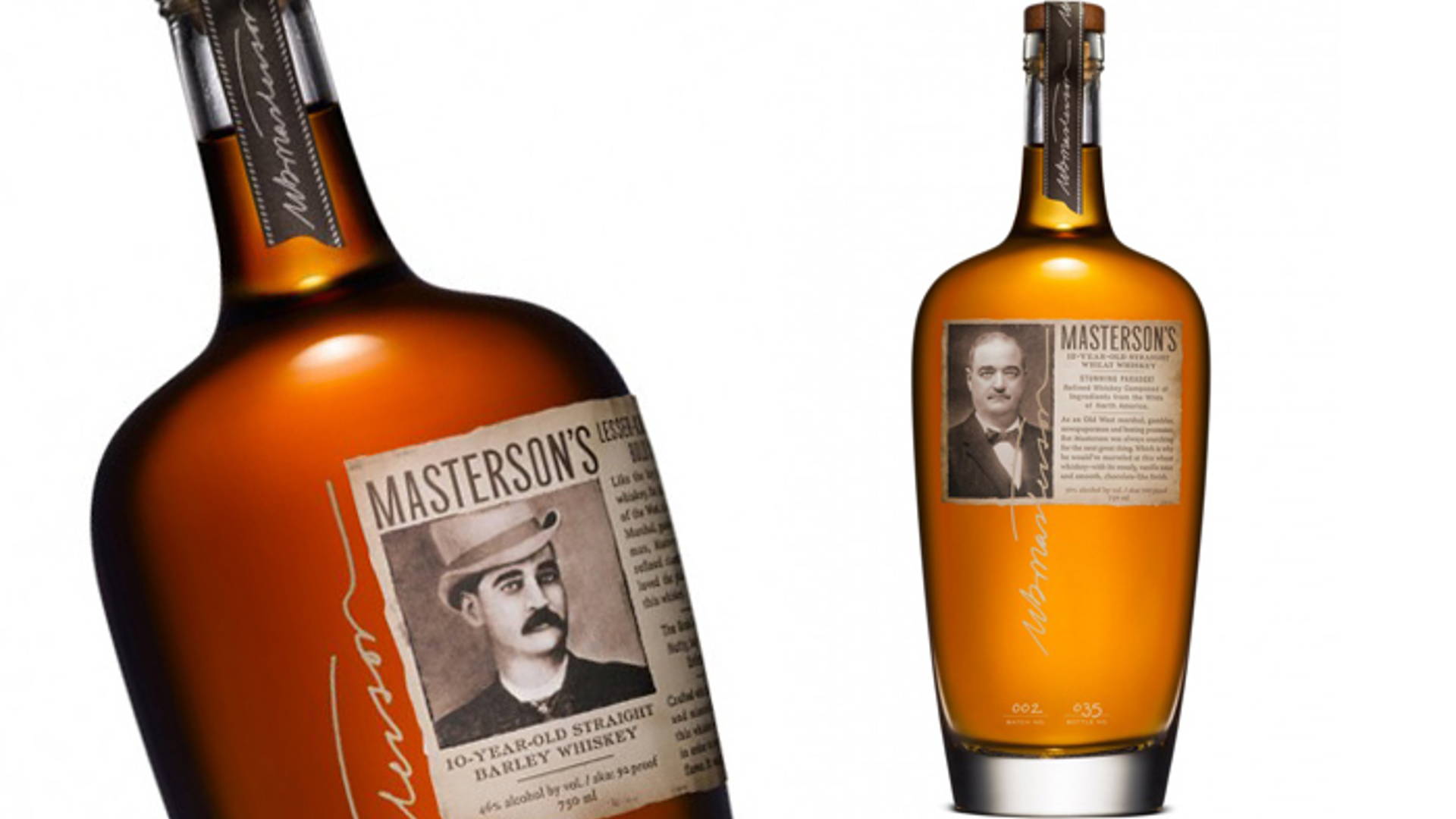 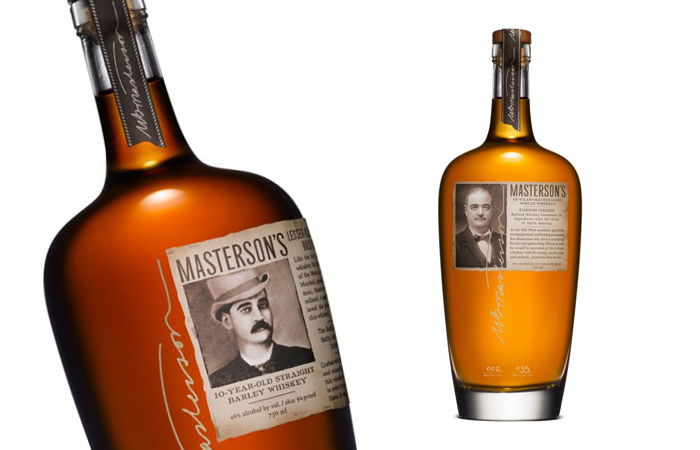 Studio 32 North created the packaging design for  Masterson’s Rye. The rounded spade of the bottle have beautiful curves that align to the vintage look design.

“Bat Masterson was an original old West Renaissance man. He lived large. He was a U.S. marshal, a buffalo hunter, a gambler, a businessman, a boxing promoter and a newspaperman. He was the embodiment of manifest destiny, always exploring, never settling, always striving to improve. Along those same lines of thinking 35 Maple Street Spirits created three whiskeys that honor this multifaceted man, each one representing a different aspect of Masterson’s life.”

“The multilayered and pleasingly complex Rye whiskey features a photo of an older but spry Masterson, during his days as a crafty journalist in New York City. While the distinctly earthy taste of the Barley complements the label’s depiction of Masterson as a young Marshal in the Old West, his bowler hat askew–almost daring you to challenge him. And the 12-year-old Wheat whiskey features Masterson as a dapper middle-aged businessman, a subtle nod to the whiskey’s super smooth finish.

Together, they are as well-rounded and rare as the man they’re named after.” 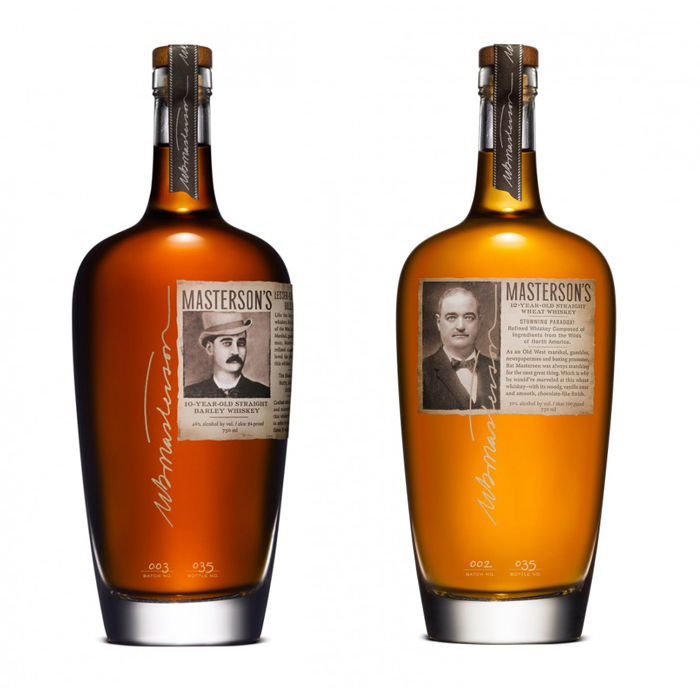 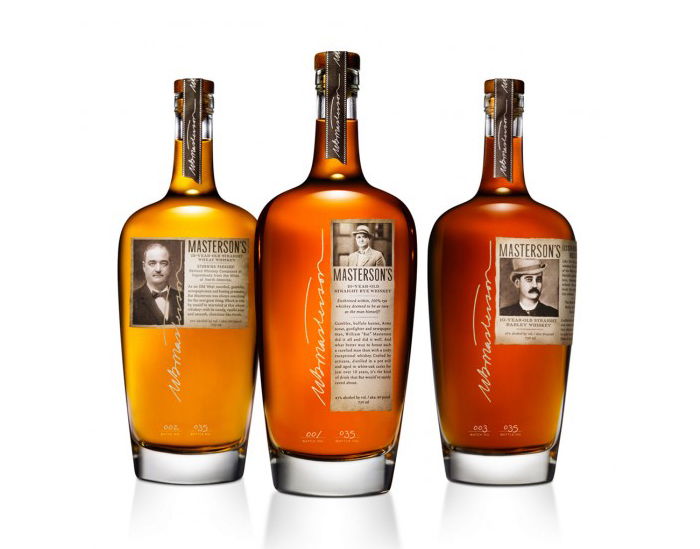