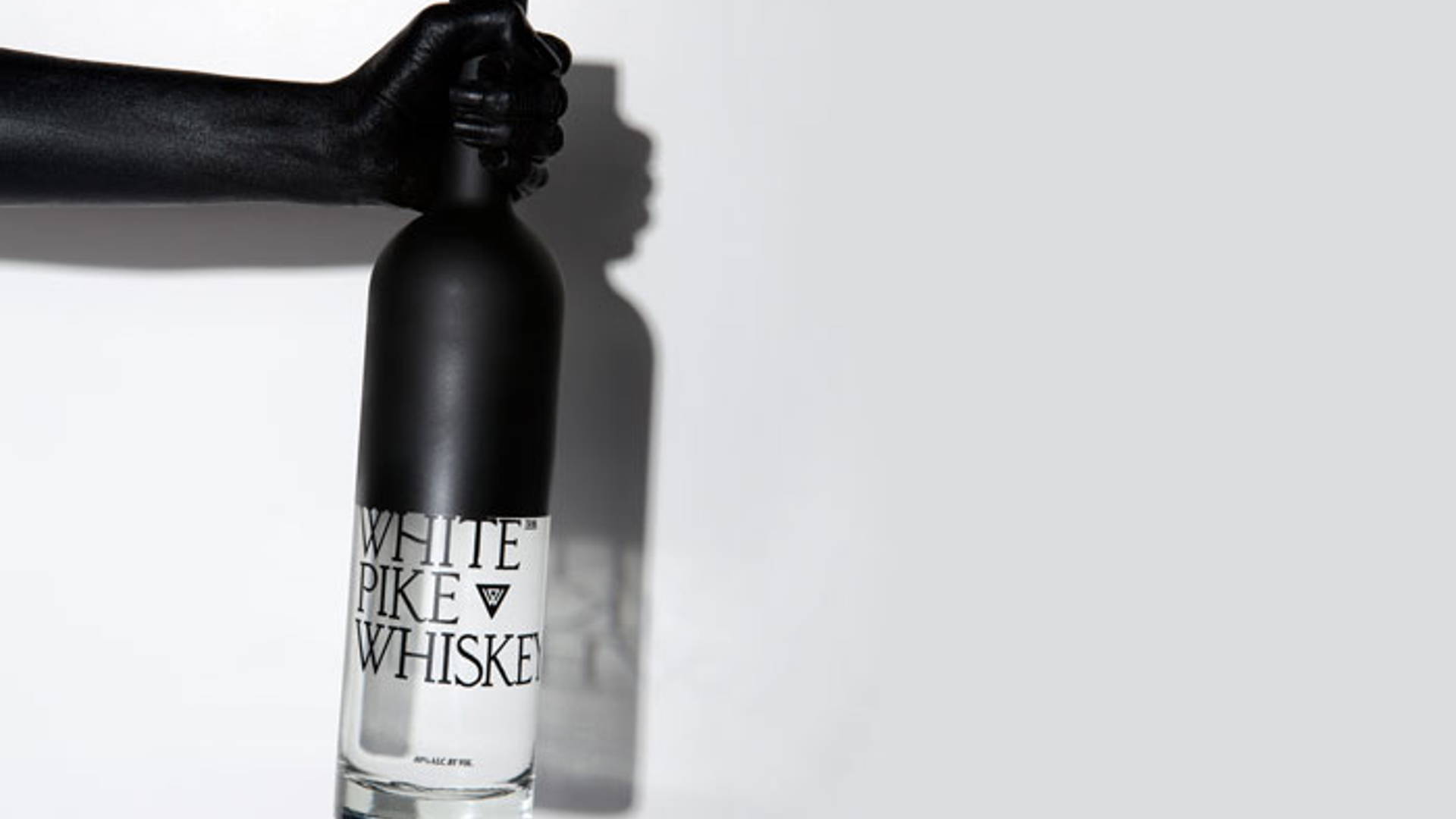 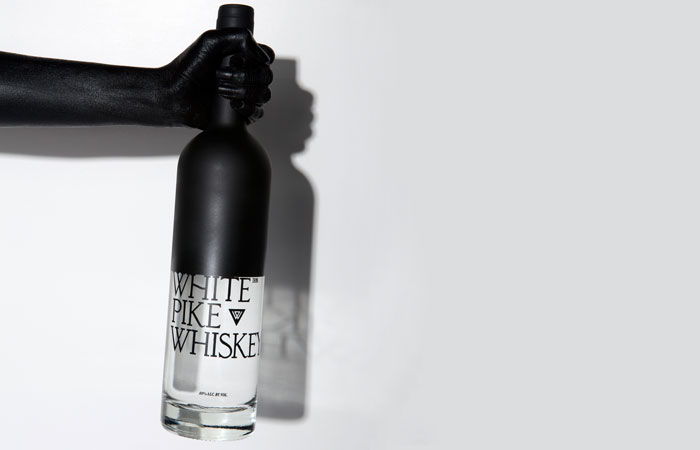 "Crafted by a man trained in the Alabama school of fast whiskey, White Pike is a refined spirit made to be shot, sipped, or mixed. A recipe of corn, spelt and malted wheat, White Pike is distilled with precision for a smooth stand-alone flavor that mixes in ways brown whiskey’s won’t. Mother created a premium white whiskey brand from the ground up—product, name, identity and packaging."

"White Pike Whiskey pushes against the competitive category of white whiskeys. We wanted to create conversations around our own niche: an expertly-crafted, mixable whiskey with a bold and direct brand presence. We played with a range of formats from flasks to wine-like bottles, but to ensure that the design would be an intrinsic part of the mix-ability message, we chose to use a shape familiar to spirit-mixing consumers – the vodka bottle. The bottle separates itself from other whiskeys but also feels natural in the bartender’s hand.

The supporting design language speaks to White Pike's versatility as a spirit. White Pike is available in over 125 bars and retailers in the New York City area and recently secured a deal with New York's largest distributor to help them expand further. In 2013, Tasting Panel & Wine Enthusiast Magazine rated them 91 & 90 respectively. You can find White Pike selling whiskey on Sundays at the New Amsterdam Market in lower Manhattan." 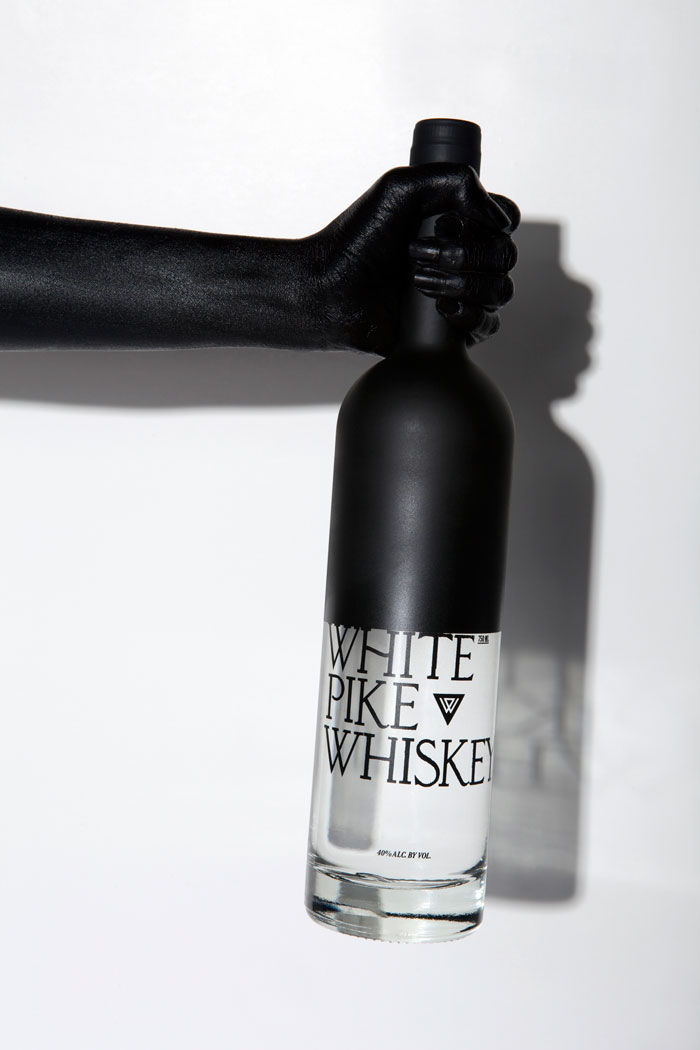 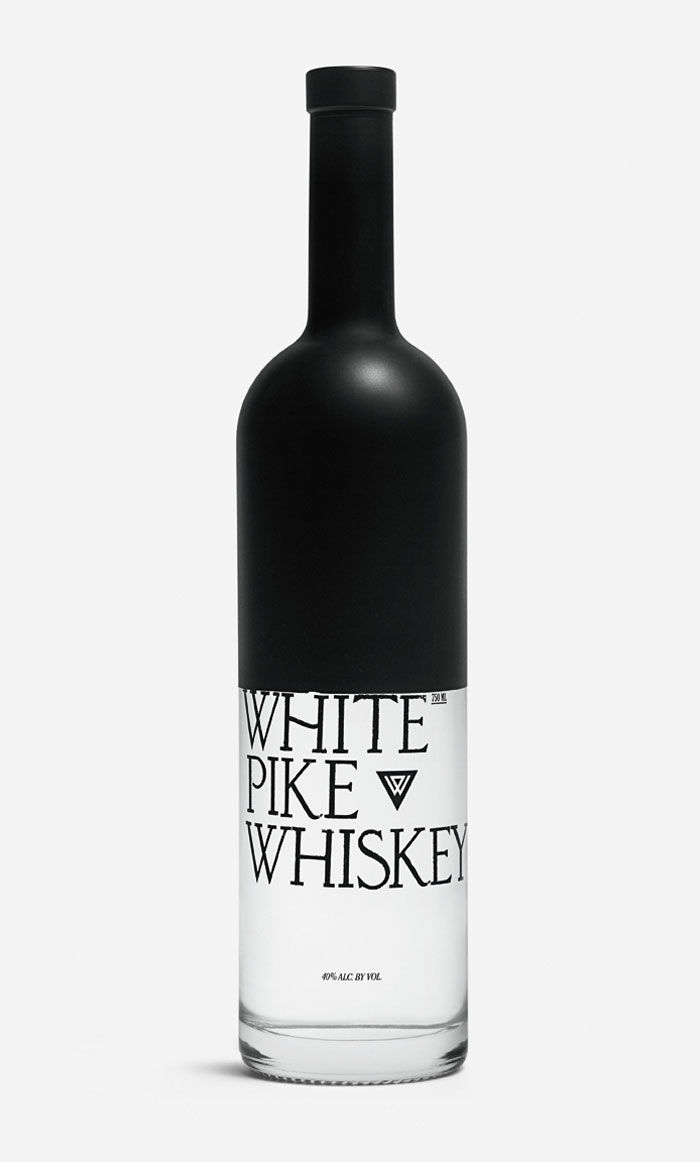 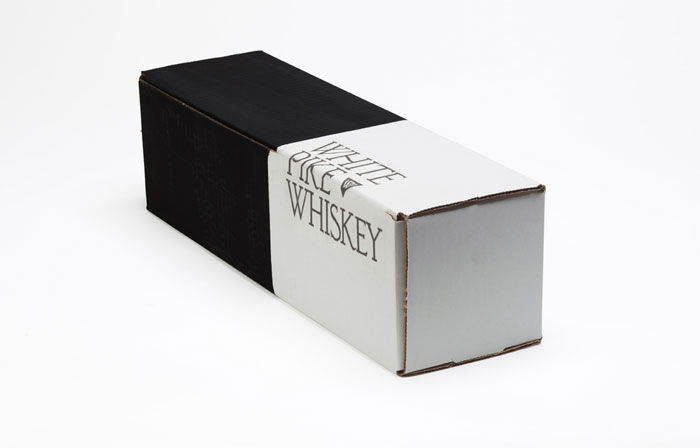 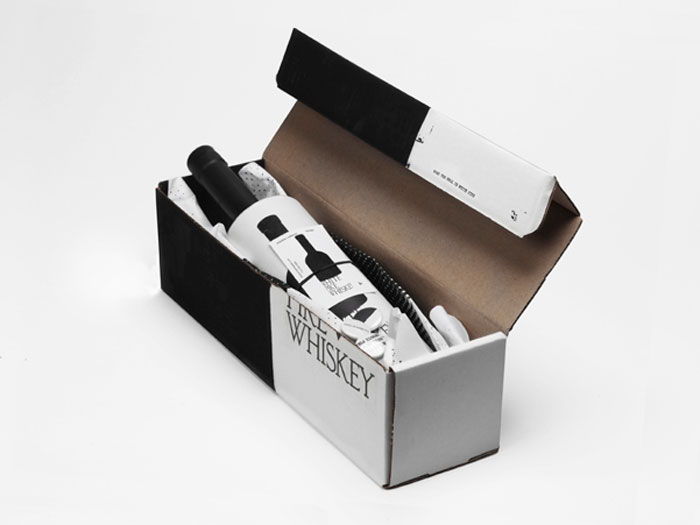 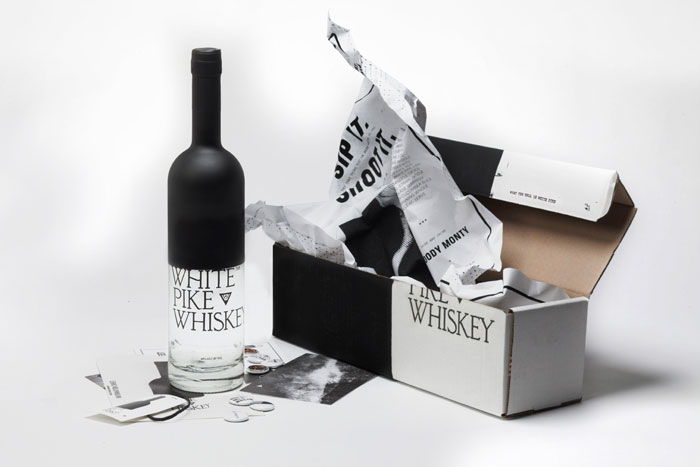 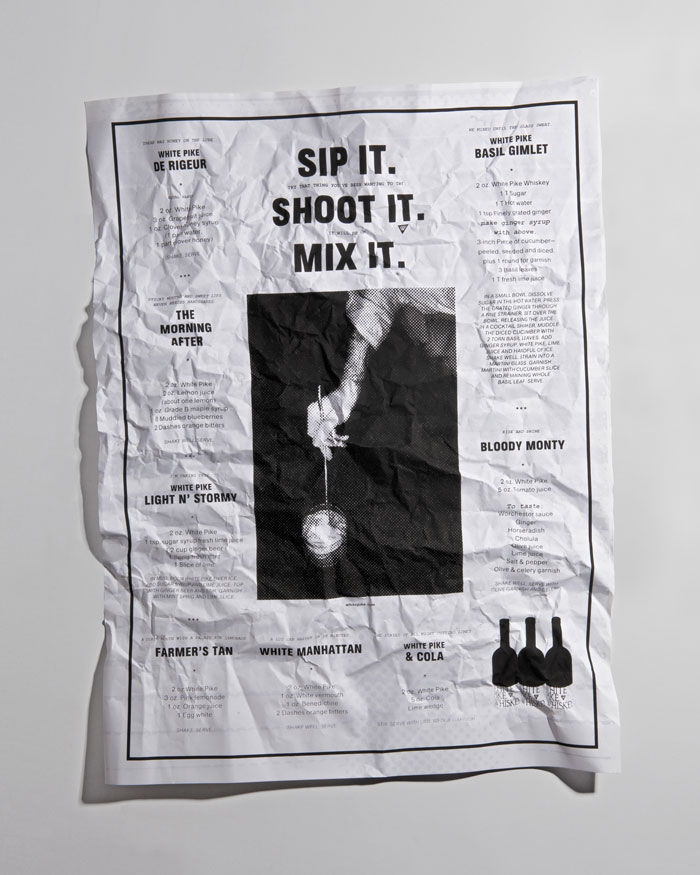 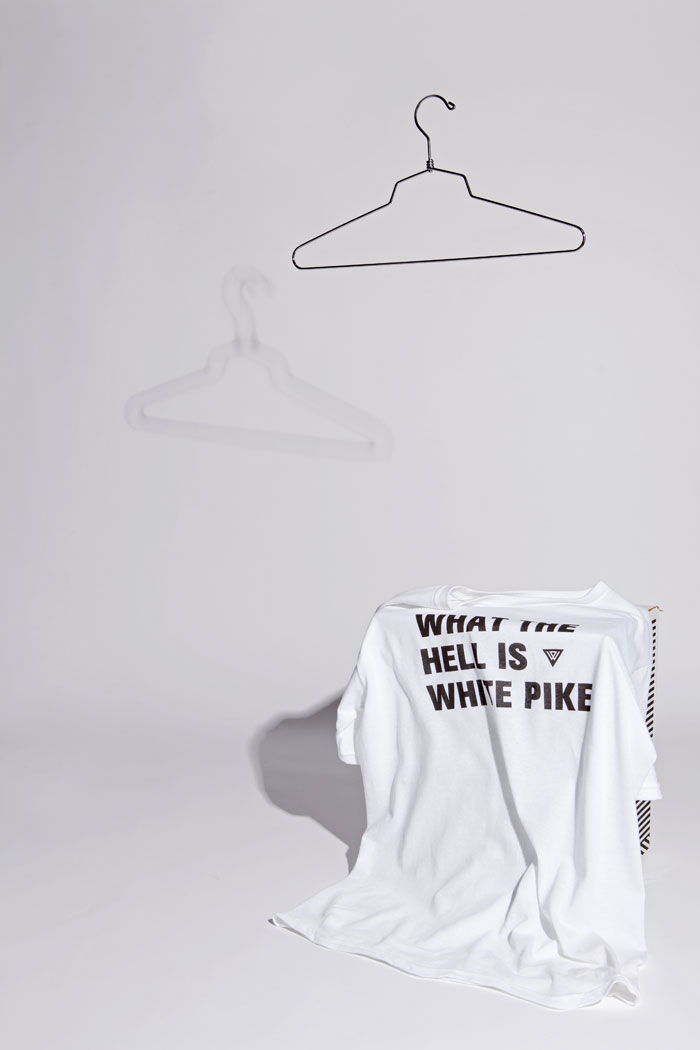 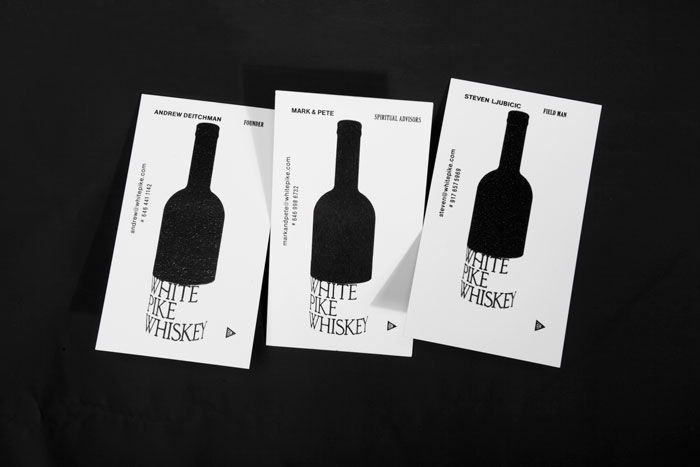 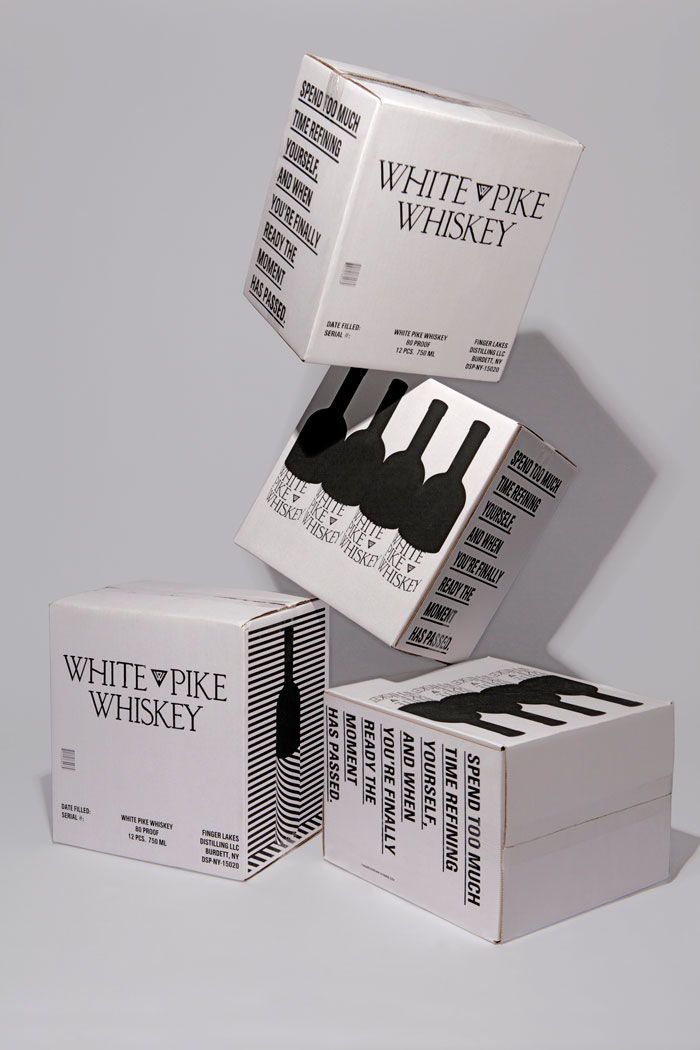 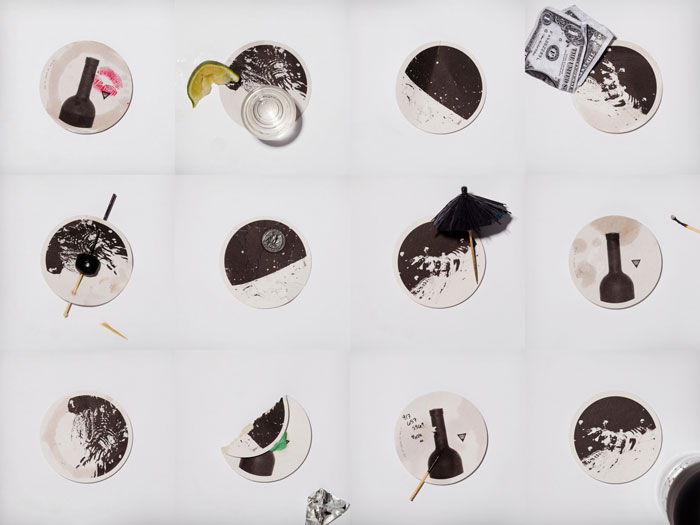