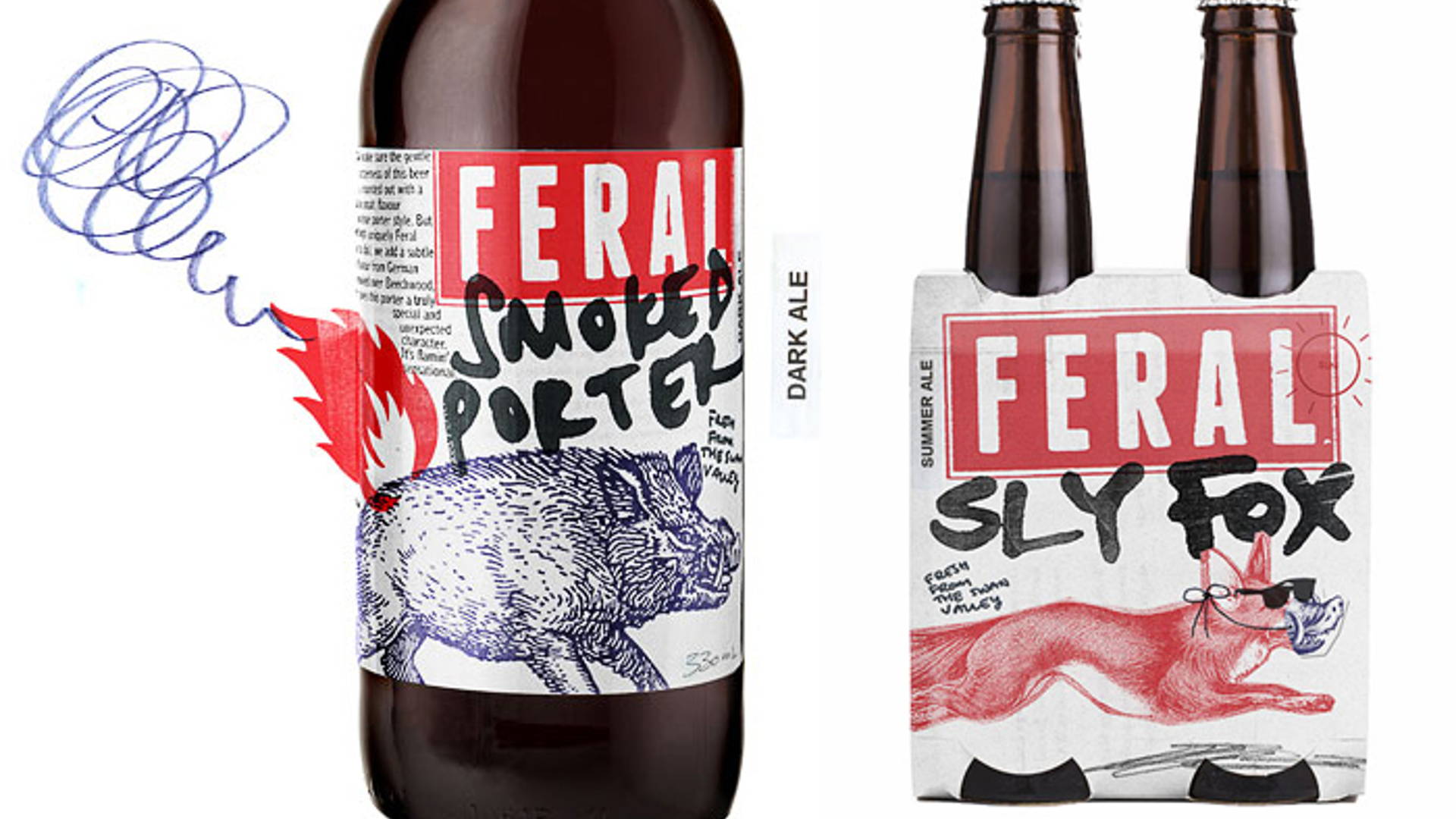 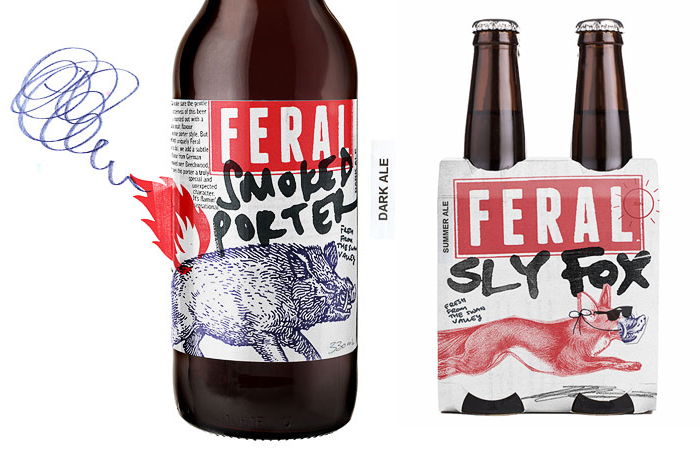 Feral Brewing Company is an independent brewery that tasked Block branding to re-brand Feral. The results are that of a craft, bold and beautiful design.

"Feral Brewing Company is Western Australia’s largest independent brewery with a cult following of beer enthusiasts globally. Based in the Swan Valley, the brewery is the current titleholder of the Australian International Beer Awards for Best Large Australian Brewery.

Feral launched 11 years ago and its flagship retail brands are Feral White, Smoked Porter, Sly Fox, and Hop Hog, which is “as near to the perfect beer as you will find”, according to The Guardian."

"Despite the brewery’s strong following and reputation, its beer remains unknown to less discerning beer drinkers. Feral tasked Block with implementing a cohesive brand strategy across an eclectic portfolio of beers with the goal of increasing sales and commanding an on-shelf presence befitting one of Australia’s most awarded craft brewers. At the time of commission, Feral’s suite of award-winning beers sat within a fragmented look and feel, creating confusion for the brand and the market.

Block completed a brand and packaging overhaul that sees the brewery’s products unified under a solid look and feel, albeit with a uniquely Feral personality. The rebranding is handcrafted and distinctive without detracting from the company’s obsessive focus on its beers, flavours and ingredients. We went with an intentionally DIY, rough-and-ready aesthetic to match the company’s hands-on approach to brewing.

At a time when all the bigger breweries are attempting to combat the craft brew market and micro-breweries are popping up all over the shop, Feral remains the real deal — something Block wanted to convey with the rebrand. We felt the design shouldn’t look overworked or pretentious and so created the antithesis of the minimalist or ‘ye olde’ beer brands that are cluttering the market.

The branding process started with the purchase of an old photocopier for $50 so that the packaging and promotional material would be genuinely fresh and DIY. The explosion of beer labels has seen the beer cabinet become one of the most crowded retail spaces imaginable, so the look that Block has crafted owns its shelf space in a very ‘ballsy’ way – which is absolutely on-brand for Feral." 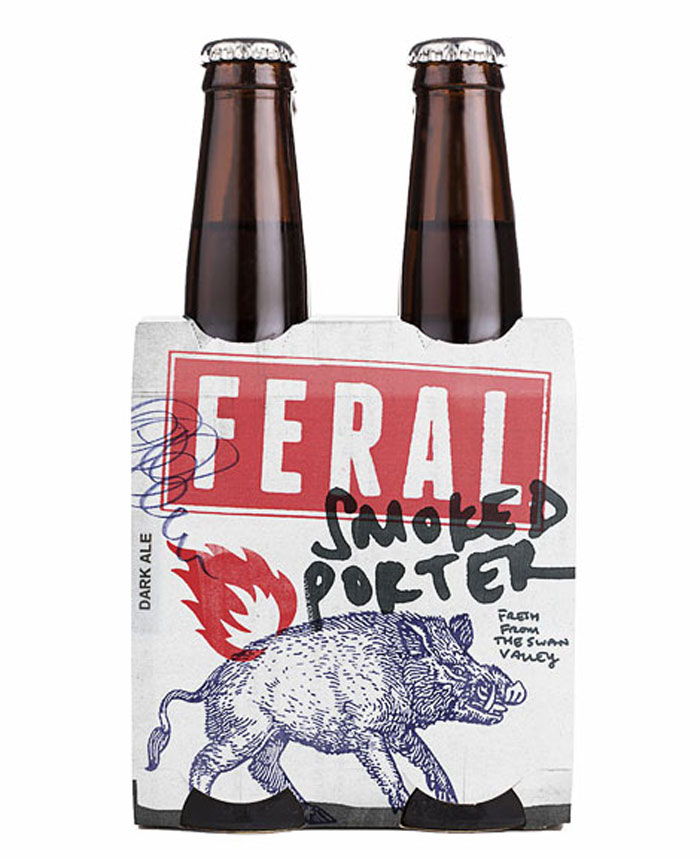 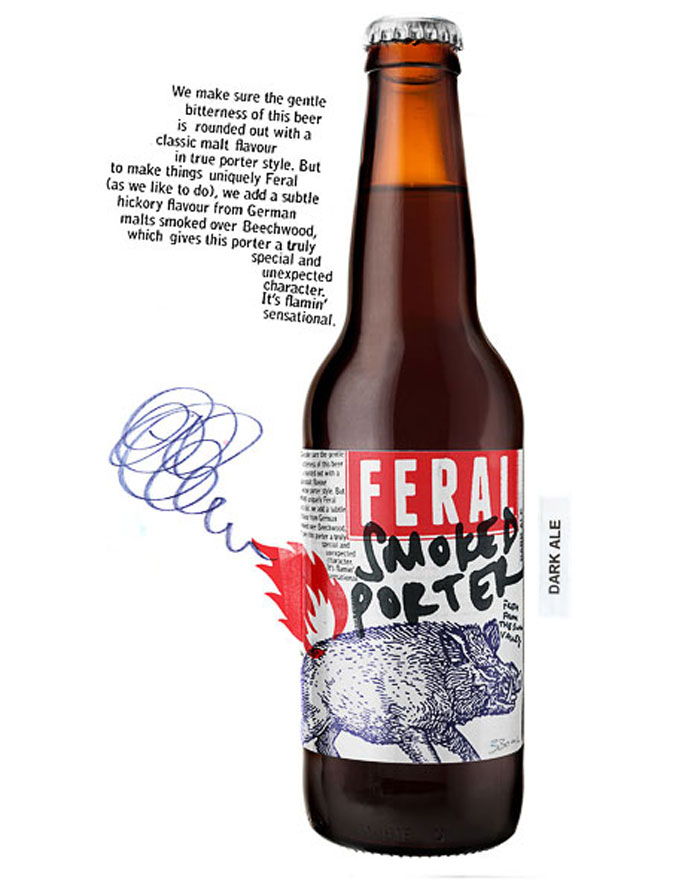 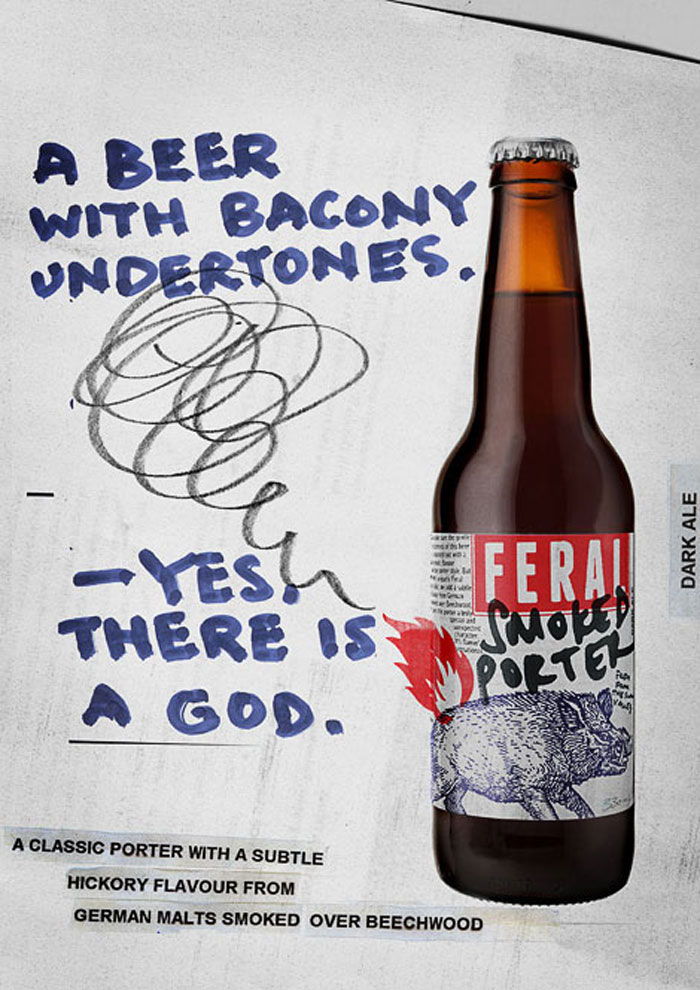 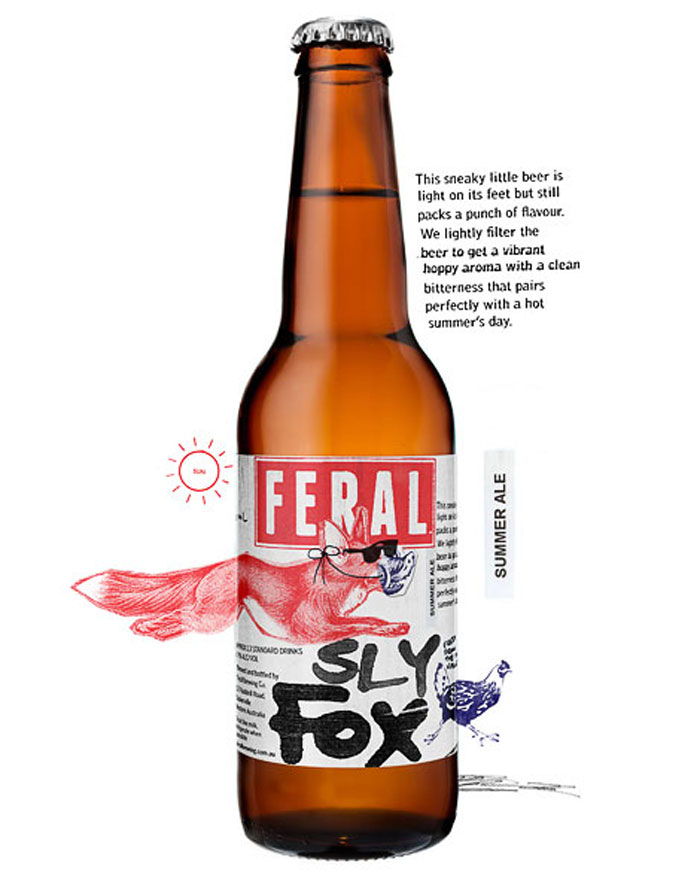 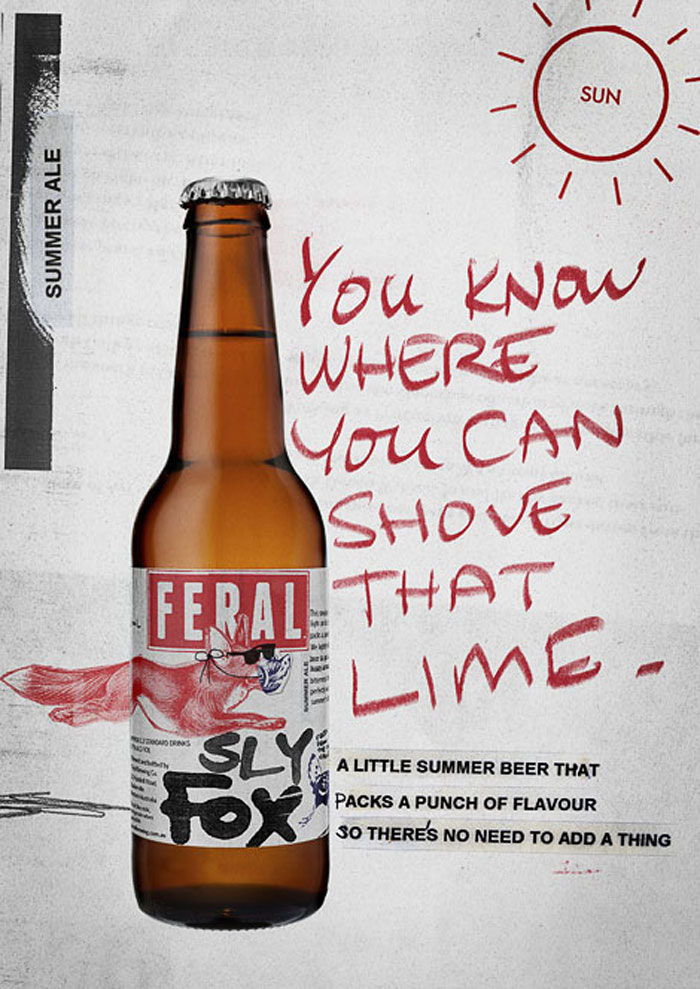 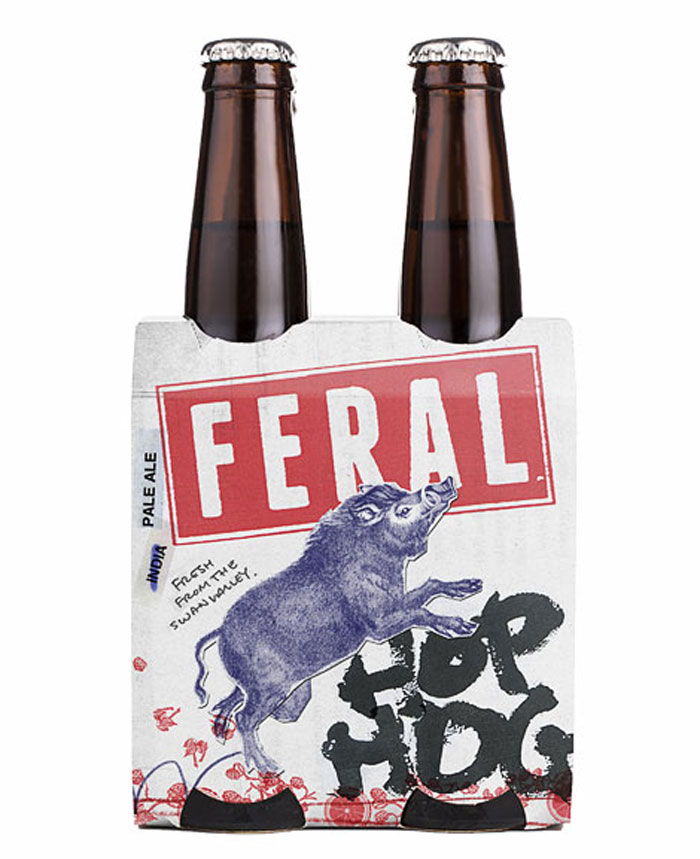 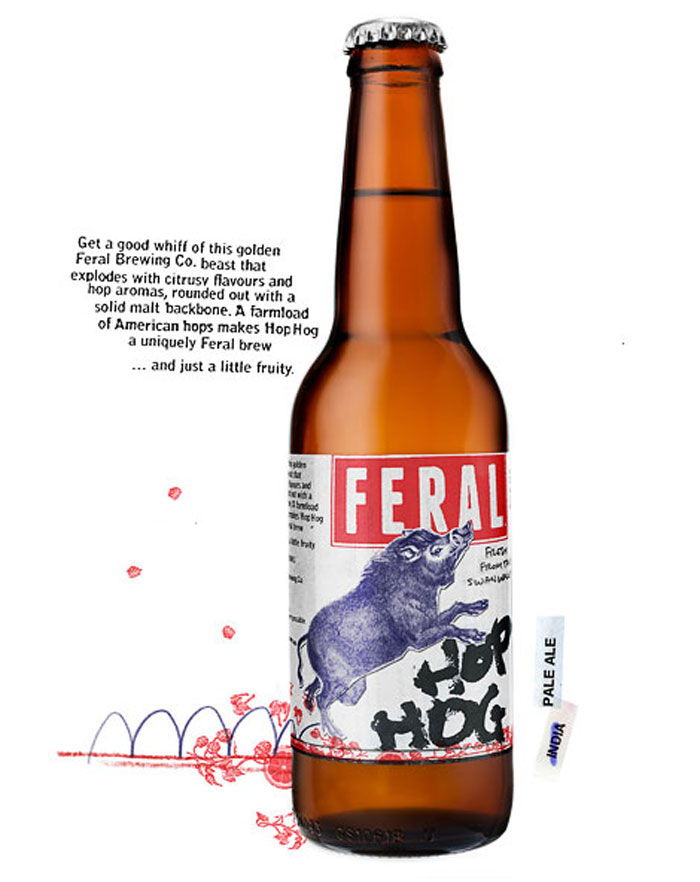 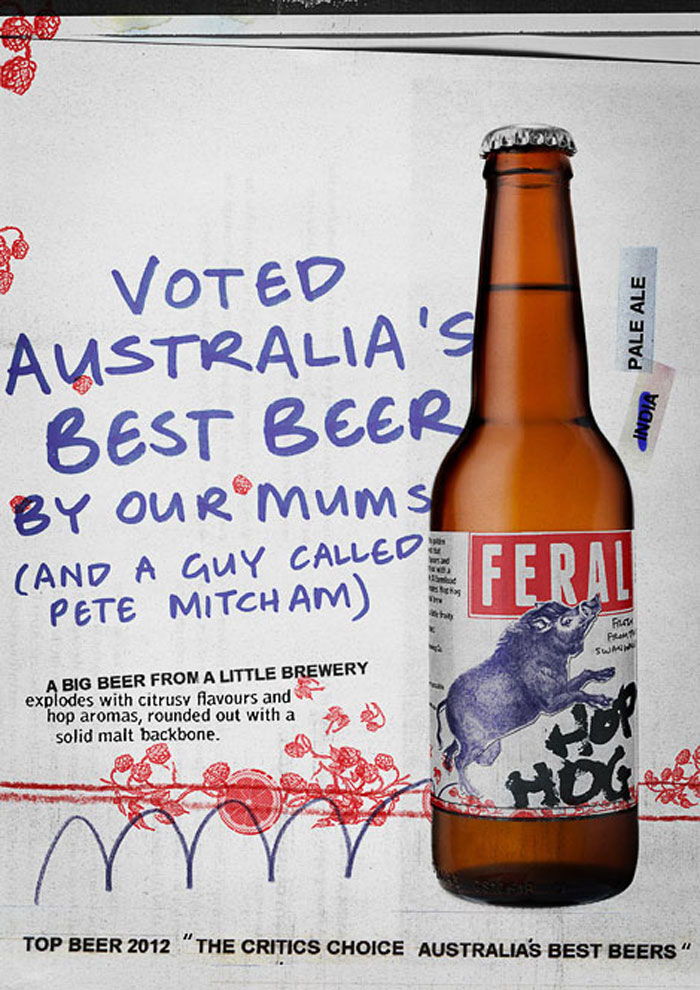 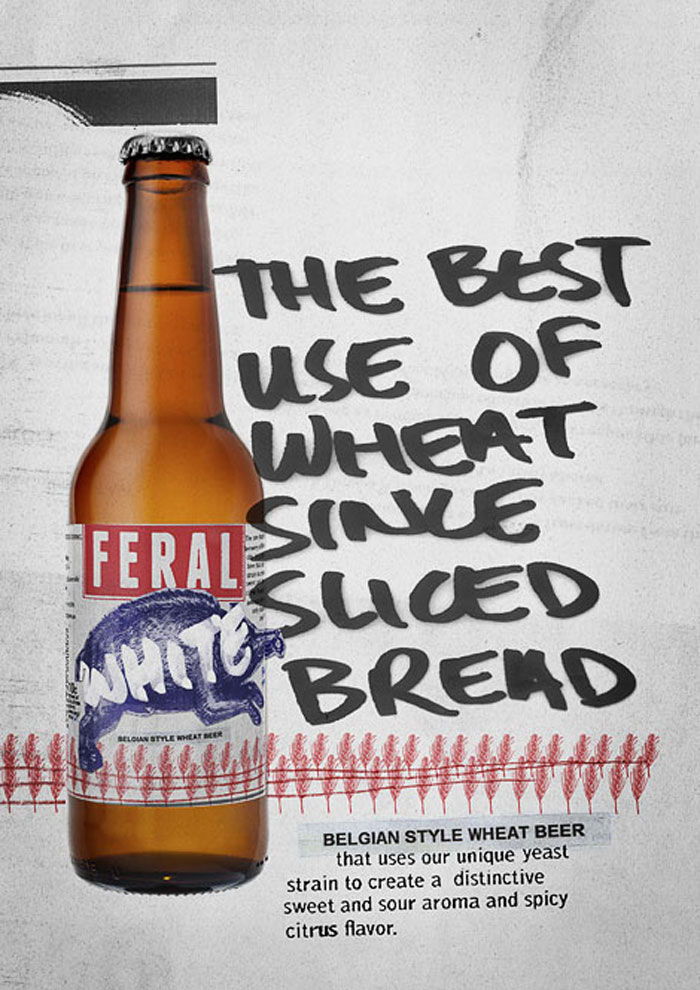 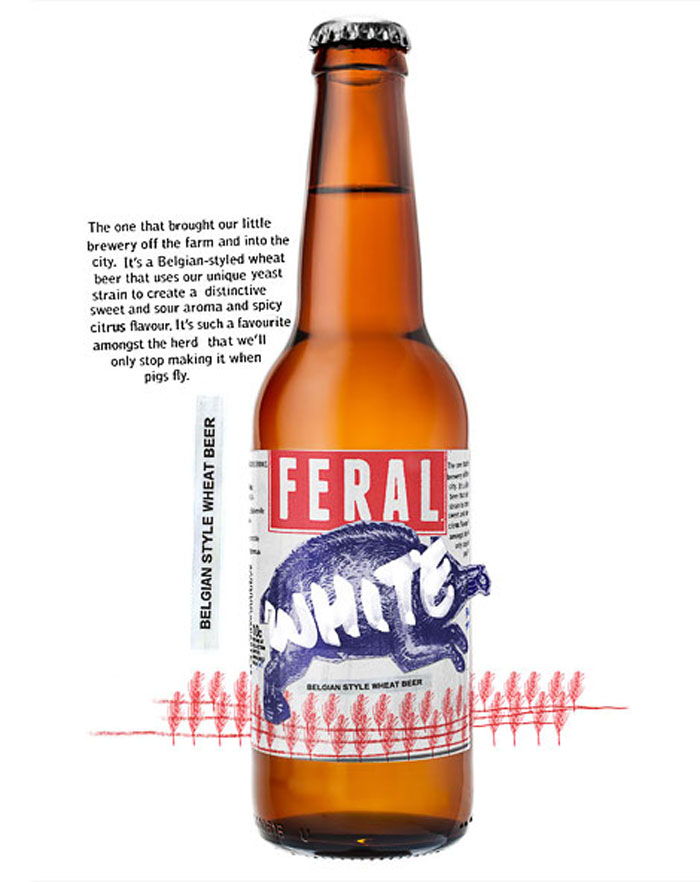 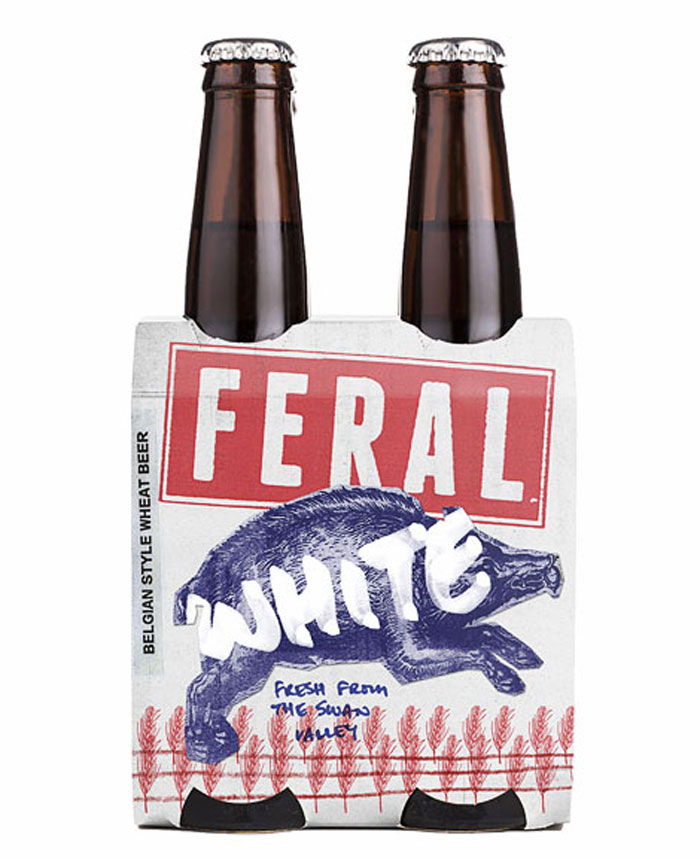