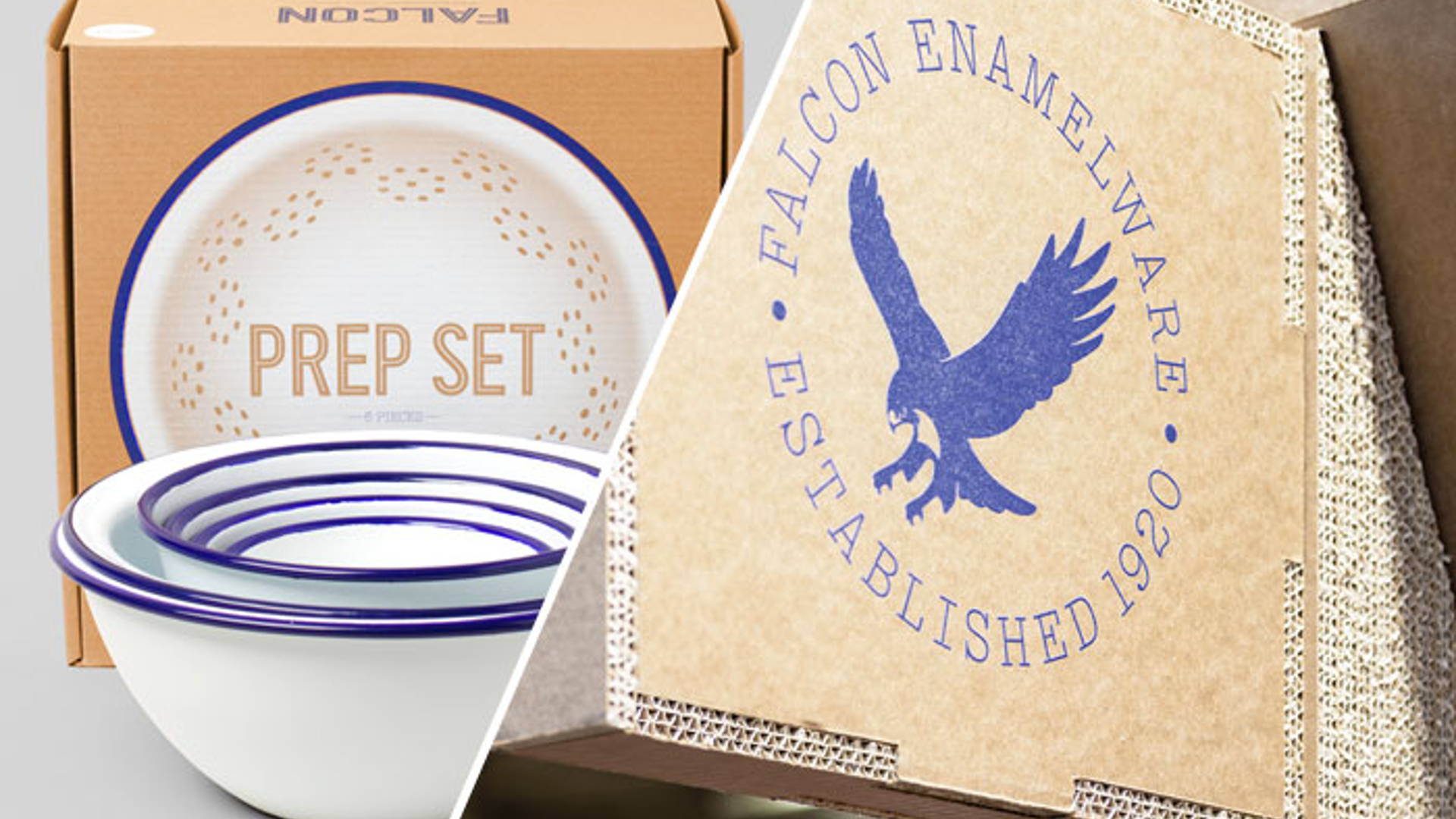 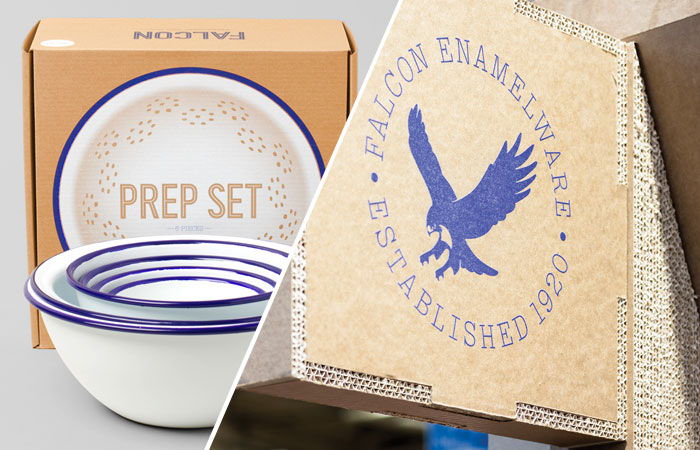 Falcon Enamelware's design team look to their products for their inspiration in their product's iconic blue rim and early twentieth century industrial advertising typography for the Falcon brand identity.

"Our inspiration for the Falcon brand identity comes directly from the product’s iconic blue rim and early twentieth century industrial advertising typography. The logotype is a modified version of a compressed sans serif typeface who’s historical relevance and utilitarian tone seemed a natural fit with the enamelware. Our bespoke inline cut is a direct reference to the product’s blue rim. In addition to the display face, we created a custom typewriter typeface which was added to carry body copy.

Material choices and print finishes used in the packaging are a key component of Falcon's brand identity. To retain a sense of heritage, all artwork is screen-printed on sturdy corrugated packaging. The two-colored illustrations employed a half-tone pattern to show the products depth, whilst referencing the utility and charm of hardware store packaging illustrations."

For their pop-up store,"the team was assigned with the task of creating something which would express Falcon's brand values, and in particular the utilitarian quality of enamelware. This led them to the inspiration of over-emphasizing the cardboard packaging but they wanted to create a twist. So they came up with the idea of playing on the temporary nature of a pop-up shop and constructing a Falcon shopfront entirely from cardboard.The use of a single material kept the concept pure and also allowed the enamelware to stand out against the neutral background. They also looked to express the cardboard corrugation layers and the fixing details. The cardboard till was the finishing touch."

"We did encounter a few tricky issues, such as printing directly onto the cardboard which took a couple of goes. Also the space was quite small so a shop front layout helped to give us much-needed wall space for displaying all the products. All in all we were delighted with the end result," 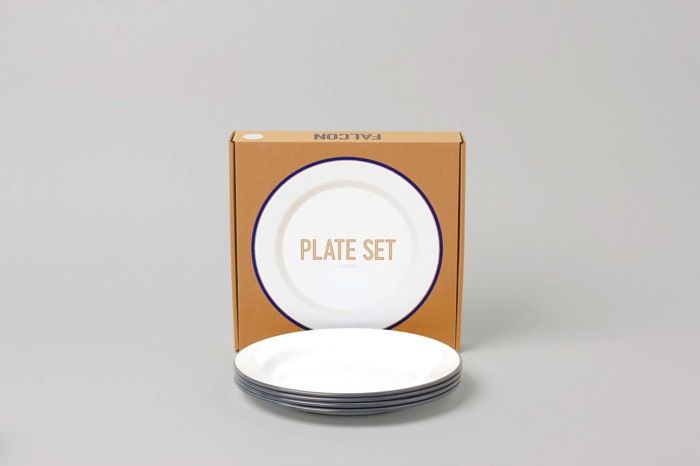 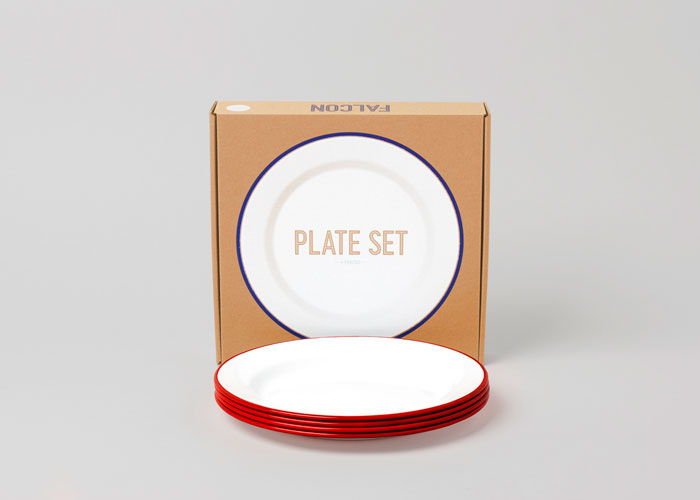 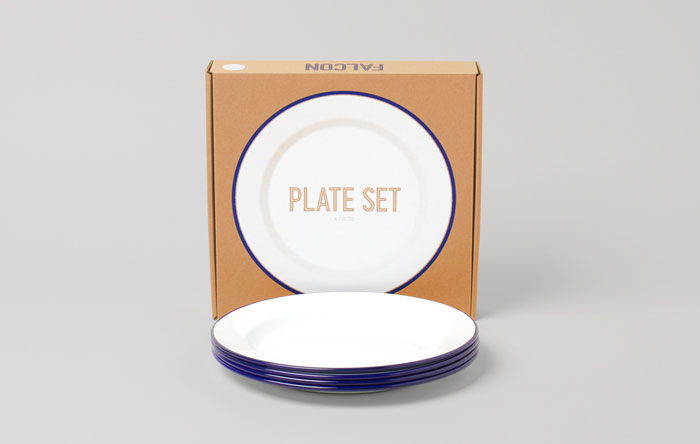 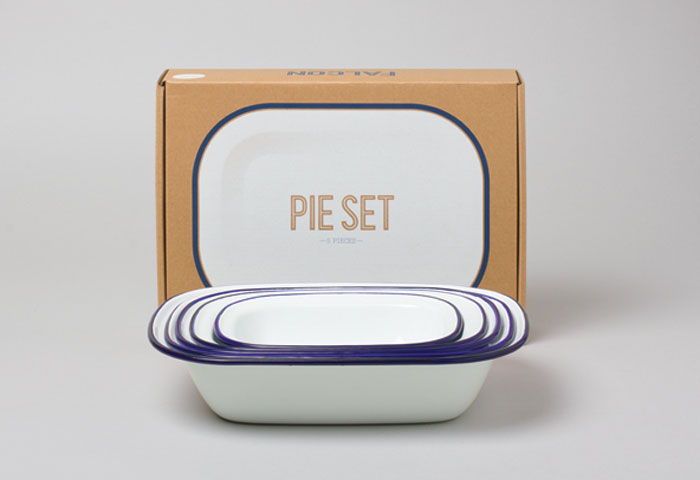 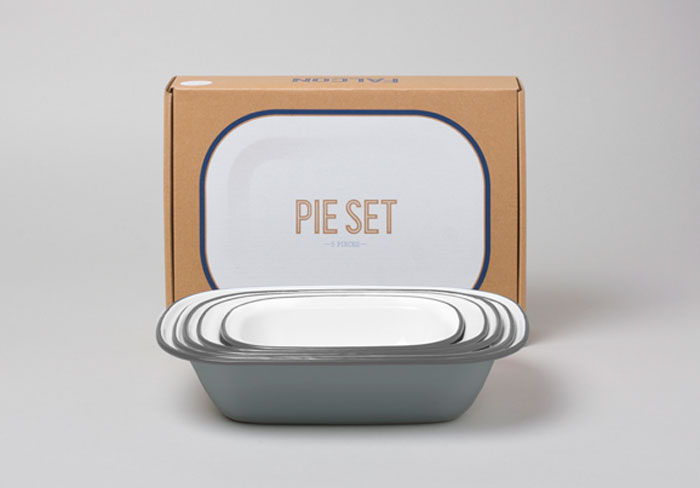 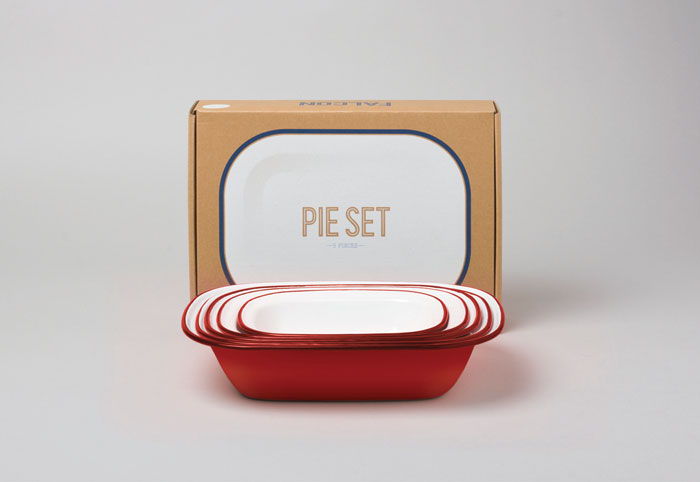 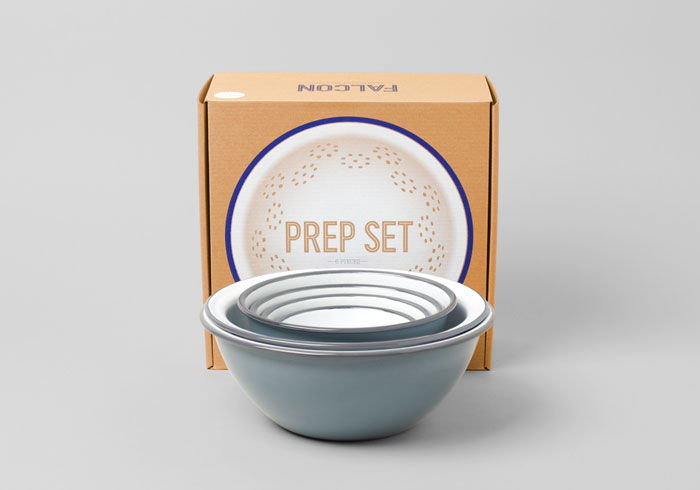 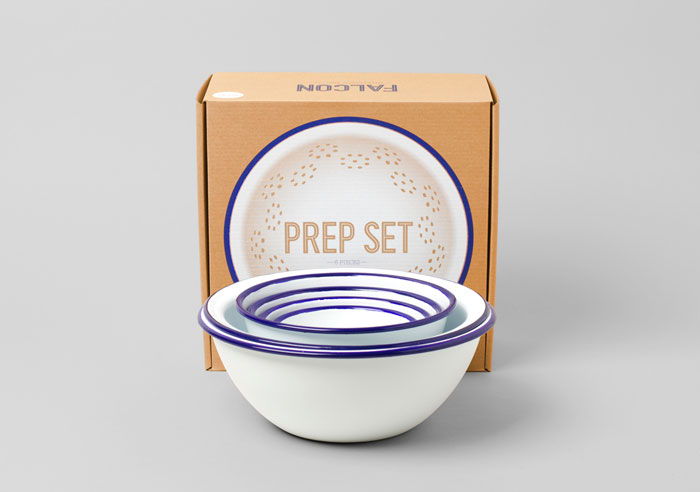 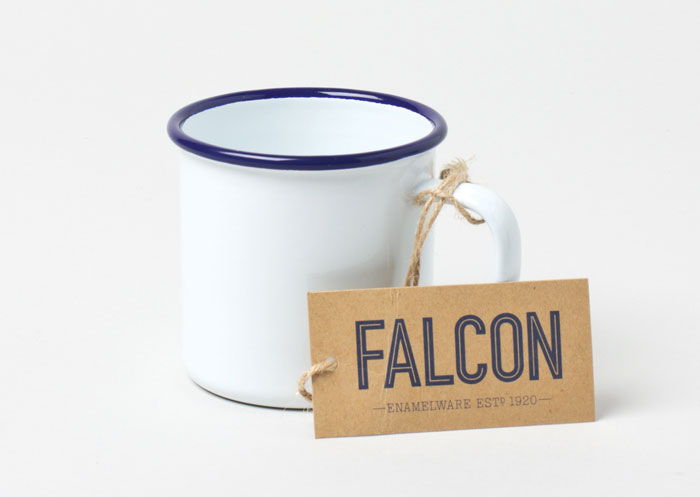 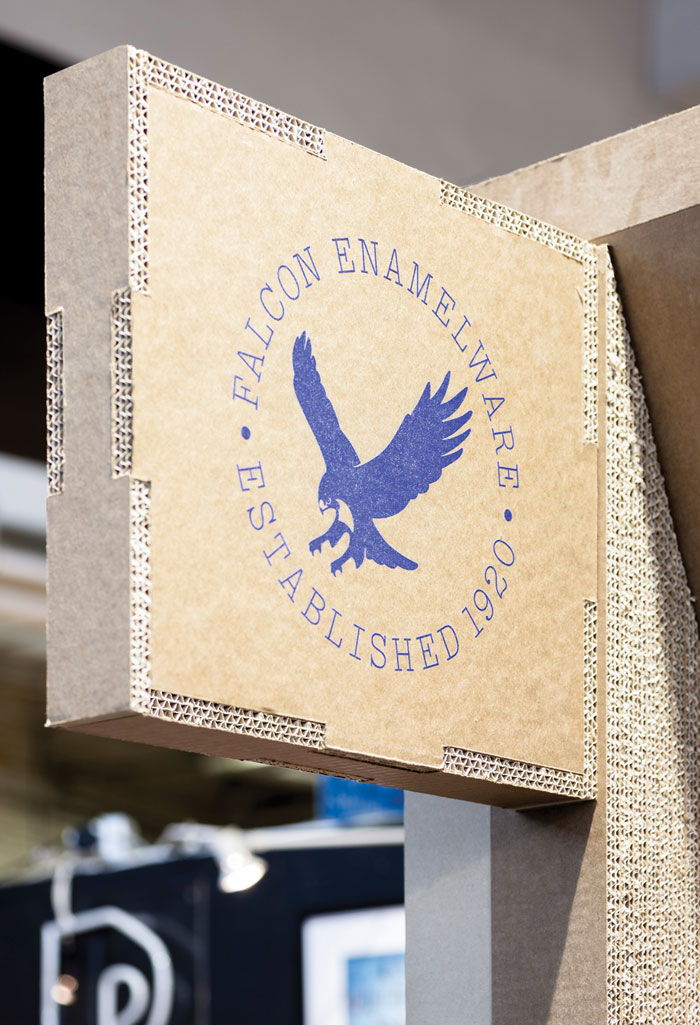 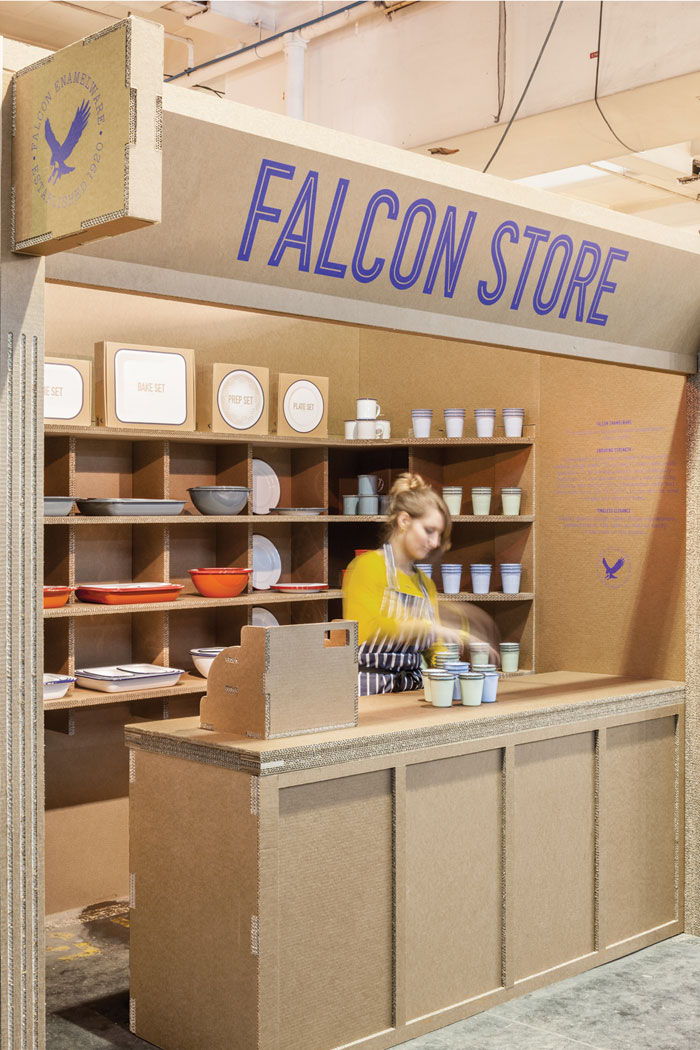 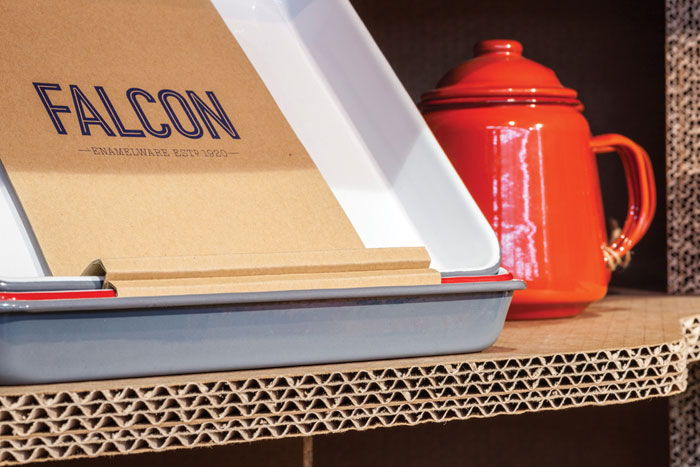 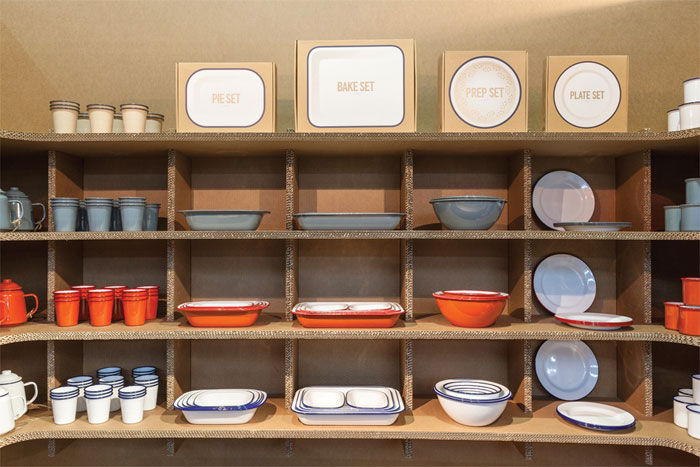 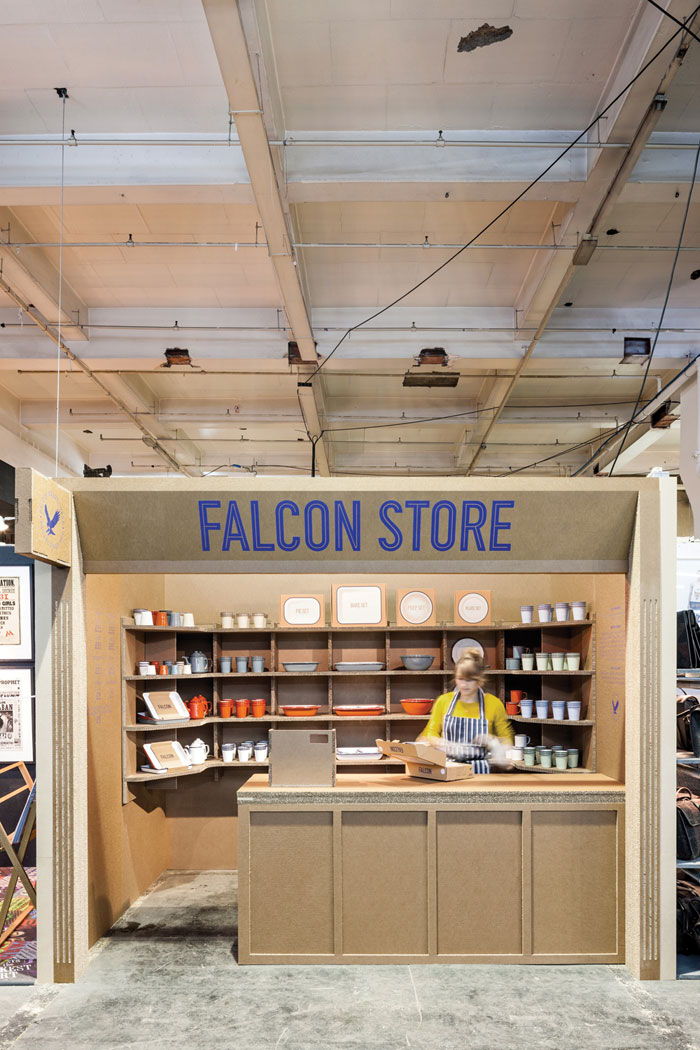