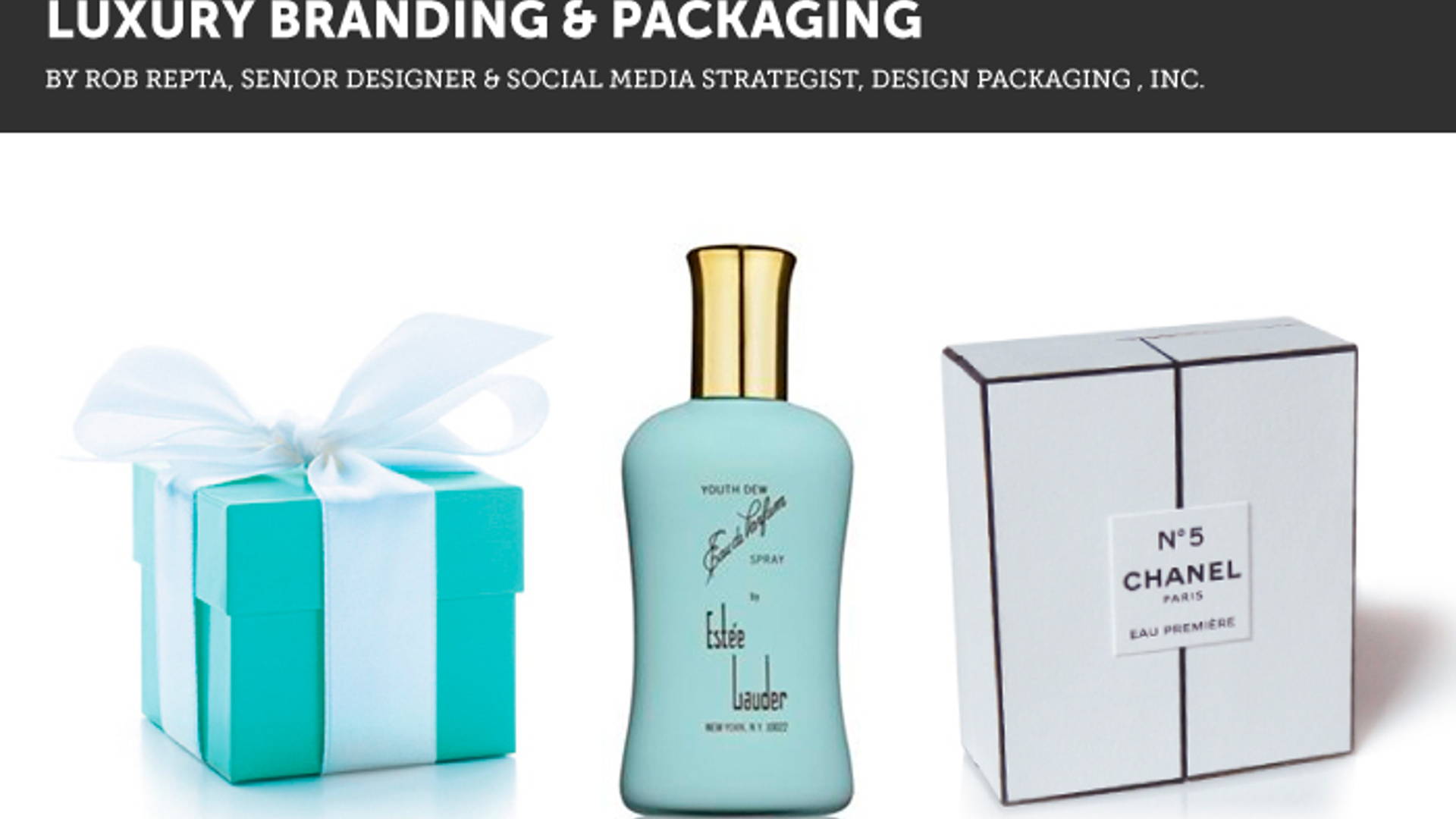 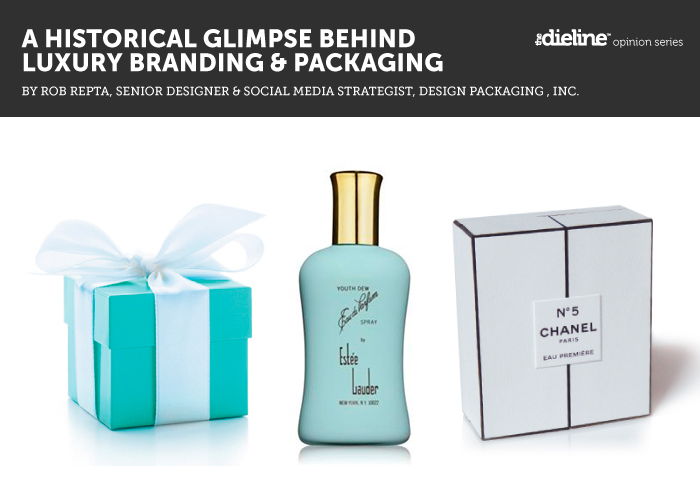 "Packaging is powerful. It's not just what's on shelf that matters, but the unveiling process as well. The layers, the textures, the moment of anticipation, et voila."

Rob Repta, Senior Designer and Social Media Strategist at Design Packaging, Inc., takes you on a historical glimpse behind luxury branding and packaging.

Packaging design has been my first love since art school. You know when you listen to something or see something that you totally connect with and get a cranial buzz? For me it was packaging. These beautiful tangible pieces that you can interact with, not only protect the product, but creates an emotional user experience. The touch of soft matte coated paper, the gleam of a hot stamp, silky ribbon between your fingers, and the great unveiling of lifting the lid with a quiet sshhh pop. A soft gasp escapes your lips.

Fast forward a few years and I'm working with a brilliant creative director, Evelio Mattos, at Design Packaging, Inc. developing luxury branding and retail packaging. I remember him saying that we're living in the "golden age of packaging". How exciting! The golden age of packaging, think about it. I started to wonder about classic, timeless luxury brands. What was the story behind their packaging? Nobody really talks about it, it's not buzzing around fashion blogs, or written about in coffee table books. There's always a story. So, I began doing a little research here and there whenever I had some time. I tried to look at a diverse set of brands that didn't do just fashion, but jewelry and beauty as well. There were many, but here are just a few: 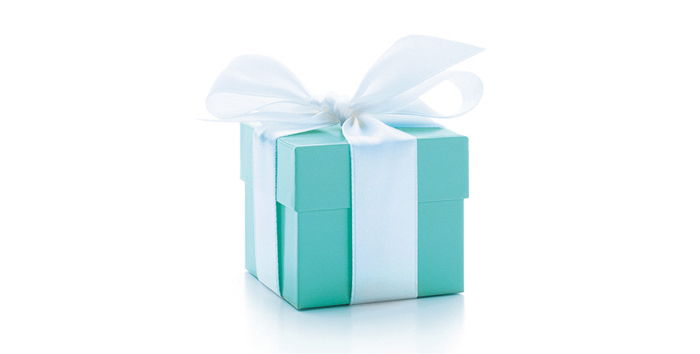 Starting with one of the most recognizable packaging designs of all time: the small robin's-egg blue Tiffany box with white satin ribbon.

But where did that iconic Tiffany blue come from? The blue color was first introduced in 1845 by Charles Lewis Tiffany for the cover of his Blue Book (no not the Kelly Blue Book), but a collection of finely handcrafted jewelry. [1] Referred to as robin’s-egg blue or forget-me-not blue, "this distinctive color may have been chosen because of the popularity of the turquoise gemstone in 19th-century jewelry. Turquoise was also a favorite of Victorian brides who gave their attendants a dove-shaped brooch of turquoise as a wedding day memento." [2]

The custom Pantone color for Tiffany blue is PMS 1837, the same year of Tiffany's foundation. [3] 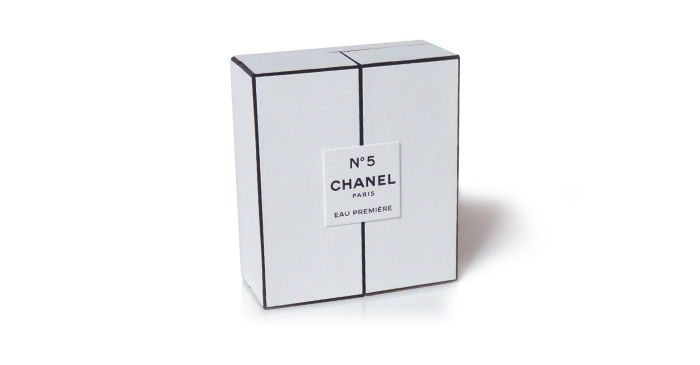 Nothing speaks to classic sophistication like the minimal black and white Chanel packaging. Luxury branding after all is all about simple, subtle, and understated quality. So I was surprised to find out where the inspiration for the interlocking "C" logo icon came from. Voguepedia reports that after Coco Chanel's mother died at age 31, "Gabrielle’s father sends his three daughters to the convent of Aubazine, where the nuns teach her discipline—and sewing. [4] "The interlocking ‘C’ logo closely resembles the curved patterns featured in the stained glass windows of the church where she spent her childhood in an orphanage.[5] 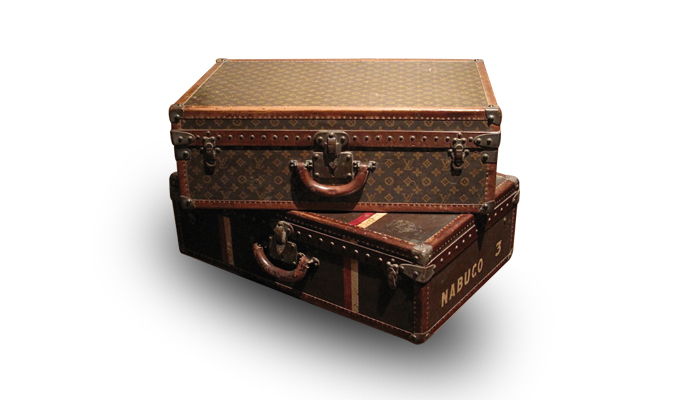 I have a Louis, a wallet I bought many years ago in Paris when I had enough money saved. To me it's a symbol that I can do what I want if I work hard enough, but found a new appreciation for it when I dug in his past. After Louis Vuitton's mother died, his father remarried. Reportedly a "severe and wicked" woman, Vuitton sought the first opportunity to run away from home to the metropolitan city of Paris. There he learned the art of box making and "packing" for the fashionable class of the elite. When Napoleon assumed the title of Emperor of France in 1852, his wife hired Louis Vuitton as her personal box-maker and packer. [7] Later he would cultivate a luxury brand with much sought after pieces at his new address: 1 Rue Scribe (1 Rue is actually his second address, his first burned down in the Franco-Prussian War). His son, Georges Vuitton, is actually credited to creating the now famous LV monogram logo after his father's death in 1892. [7]

Vuitton's trunks were rectangular, a divorce from the traditional dome-shaped trunks in that period. It made them stackable and far more convenient for new methods of shipping. Most commentators consider Vuitton's trunks the "birth of modern luggage." [7] 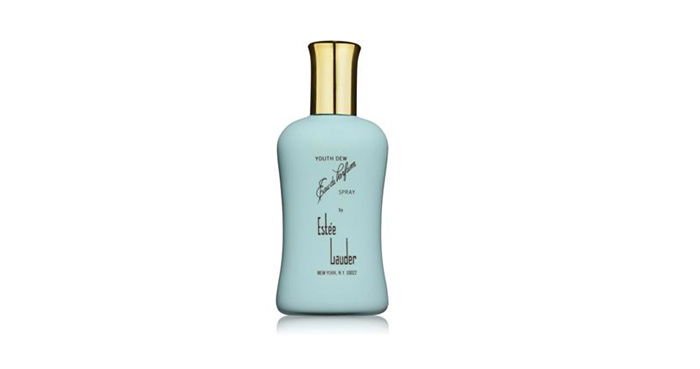 This may seem like an unlikely pick, but it's a great example of how one small bottle design helped launch an illustrious career and establish brand recognition for years. Youth Dew Eau de Parfum Spray by Estée Lauder was one of the debut products. Lauder's belief that every woman can look beautiful, was translated to this classic blue bottle believing that the pale blue color conveyed a sense of luxury. [8]  Lauder also chose pale turquoise for the packaging because she felt it would look good in any color bathroom. [9] Estee wanted to be involved in the packaging design from the very beginning, being completely in control of her brand and vision. Being that she was a strong modern woman for that era and was quoted to say, "I didn't get there by wishing for it or hoping for it, but by working for it." [10]

Two days after Estée Lauder Cosmetics debuted at Saks, in 1946, the counter was sold out. [9]

Packaging is powerful. It's not just what's on shelf that matters, but the unveiling process as well. The layers, the textures, the moment of anticipation, et voila. Nobody thinks of packaging designers when purchasing a product, or opening a gift. They think the fairy godmother waves her magic wand and it's magically there. But we're there. We packaging designers are there with our X-Acto knives, creativity, sketches, and calculations making magic every day, and we love it. 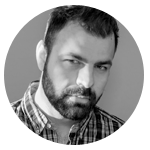 Rob Repta is both Senior Designer and Social Media Strategist at Design Packaging Inc. in Scottsdale, Arizona. Together with Creative Director Evelio Mattos and the multi-talented creative team, provide clients with luxury and experimental packaging designs.

Much to the pressure of his parents, Rob begin his career in the medical field (because they believed there was no money in "drawing") where he worked as a surgical technologist at a plastic surgery clinic and eye clinic. It wasn't until he began his nursing school that he realized it wasn't his passion in life, so he did a 180, and went back to his artistic roots. He received his bachelor's degree from the Art Institute of Phoenix with honors and quickly became involved with the AIGA Arizona community, joining the board as Membership Director.

His first job was with Design Packaging, then left for the Corporate PetSmart Packaging Division, and then returned to Design Packaging. "The prodigal son returns", Rob says laughing.

Who Gives a Crap