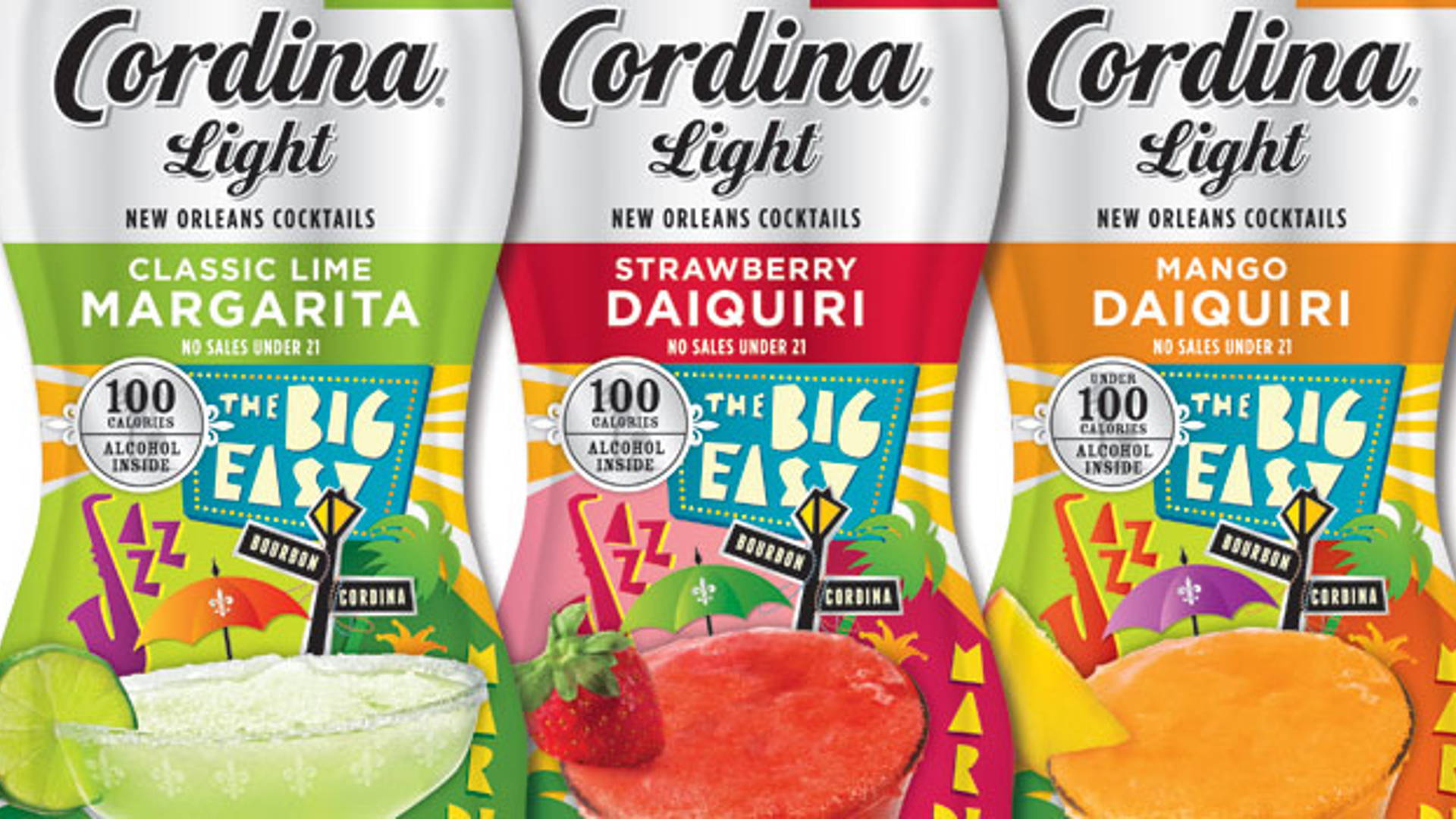 Before and After: Cordina 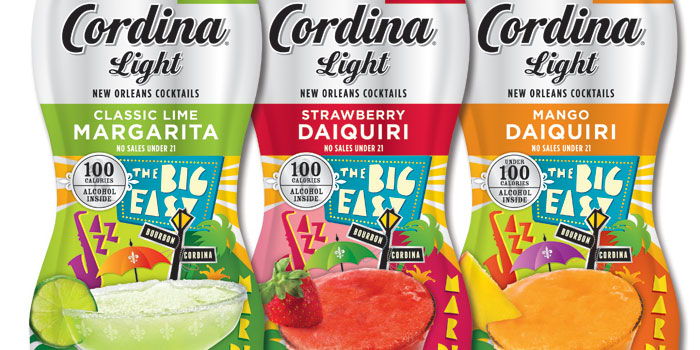 'Founded in 2009 by 3 high school friends in New Orleans, Cordina created their line of pre-mixed cocktails to share the culture of the Big Easy.

"New Orleanians live for a great party. The passion in this city for great food, music and cocktails is matched only by the desire to share in the good times with everyone around. We wanted to create a product that, more than anything, embodied the spirit of our city" says Co-Founder Craig Cordes .

Cordina quickly gained national distribution because they were first and had a great product. Then the big guys noticed and in no time Daily's, Parrot Bay, Arbor Mist and Seagram were on the shelf too.

However, Cordina still has several strong points of difference including a resealable cap, a light version with only 100 total calories per pouch and it's a brand invented and still owned by three young guys from New Orleans.So while the competition is selling based on the big brand parent company connection, we redesigned Cordina's brand identity and packaging design system to capture its roots in New Orleans. Try one, you'll feel like you're walking down Bourbon Street.' 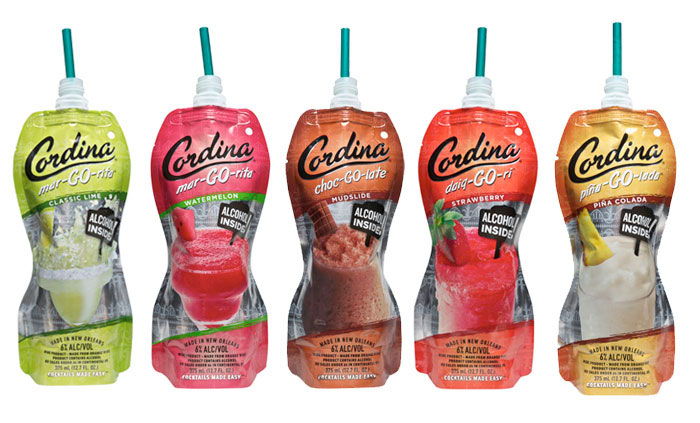 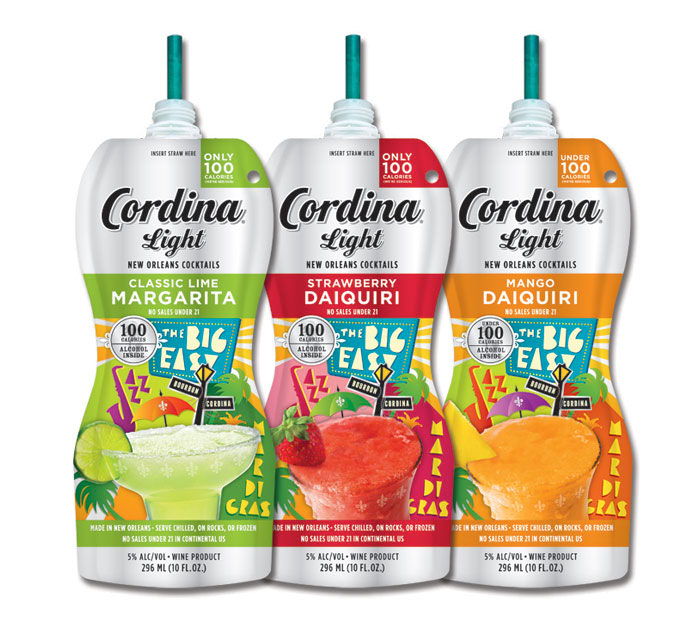 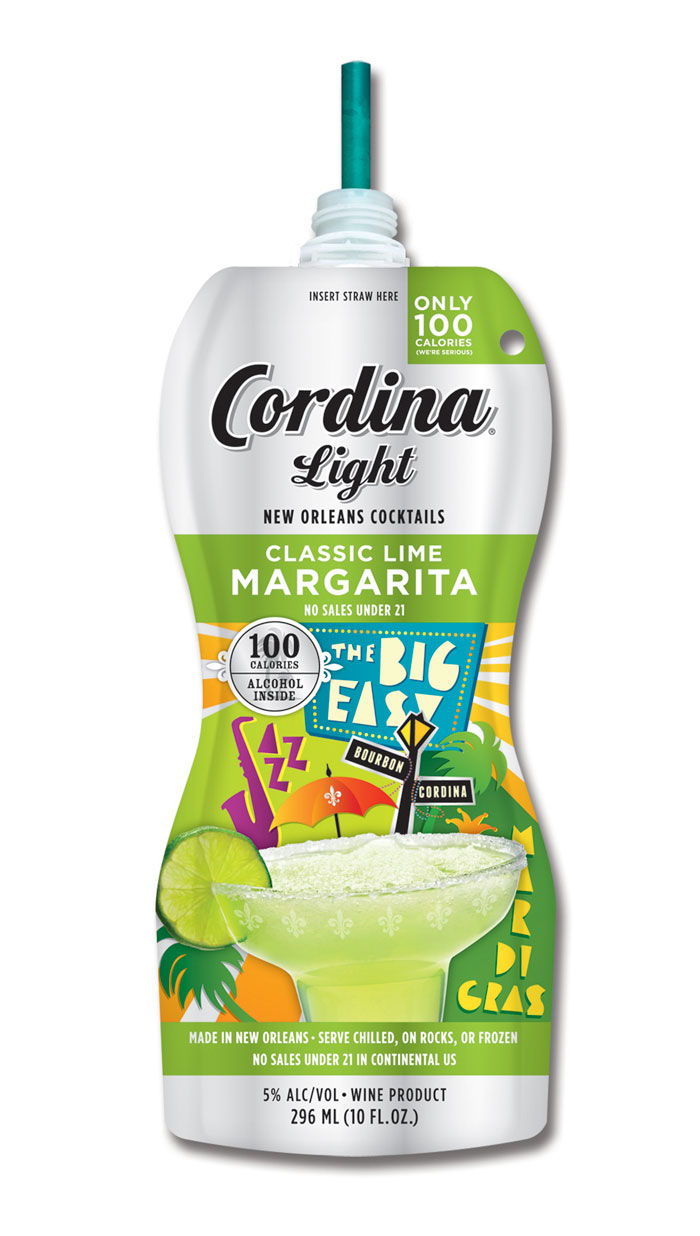 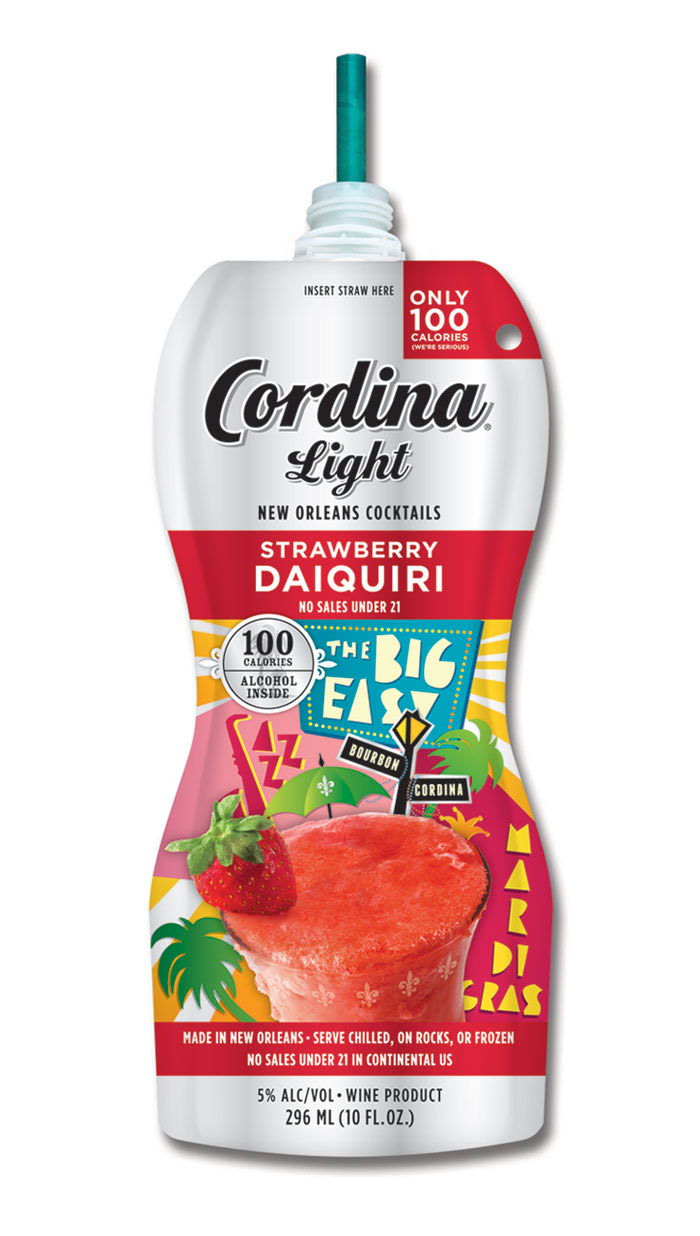 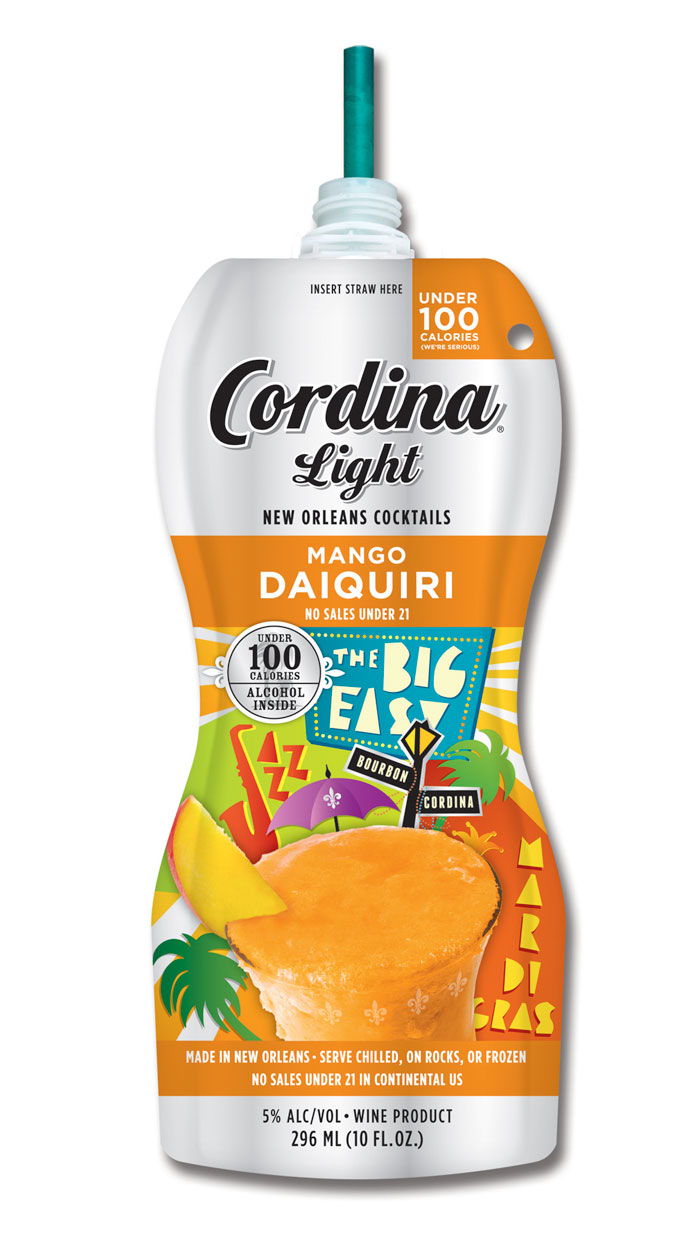