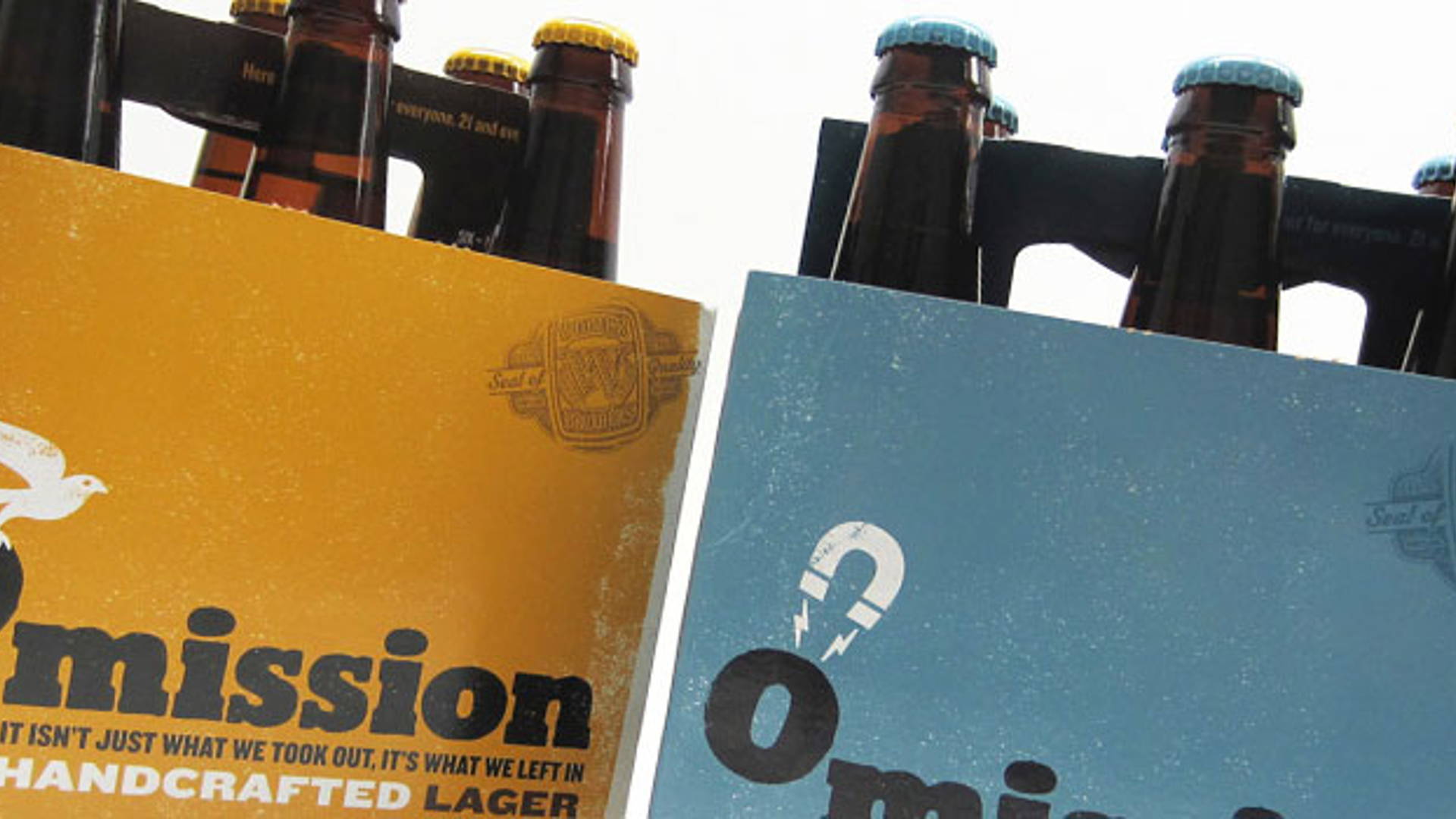 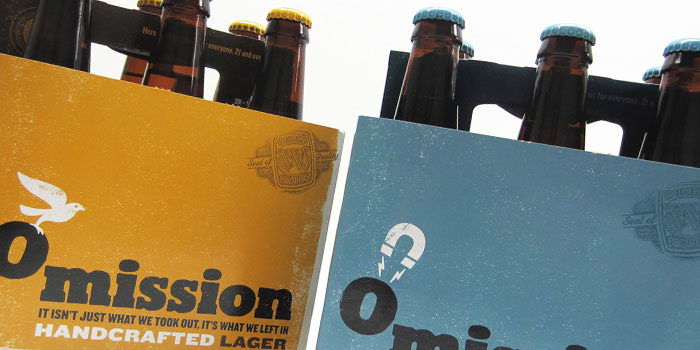 "It’s that time of year — armchair quarterbacks across the country are grabbing a beer and rooting on their favorite football teams. But with Celiac disease affecting at least 1 in 100 Americans, many beer drinkers are forced to pass up their favorite beverage due to dietary restrictions. To address this problem, Craft Brew Alliance approached brand design firm Hornall Anderson to help them launch Omission—the first craft beer brand in the U.S. focused exclusively on brewing great tasting beer with traditional beer ingredients—including malted barley—specially crafted to remove gluten."

"Playing off of Omission’s messaging, the Hornall Anderson creative team developed the tagline, “it isn’t just what we took out; it’s what we left in.” They then designed tongue-in-cheek illustrations that reflect the “removal of gluten” (or in the case of the on-pack design, removing the “O” to reveal the word “mission”) without omitting great taste. This is whimsically demonstrated by enlisting a variety of vehicles such as a UFO, bird, helicopter, hot air balloon, magnet, and magic wand." 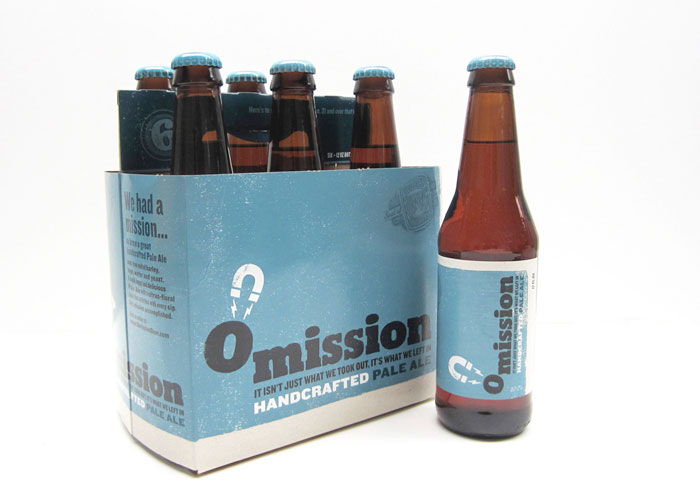 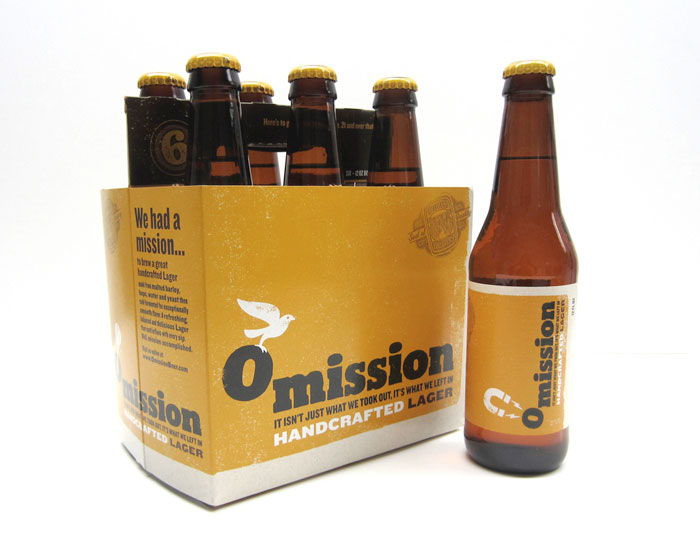 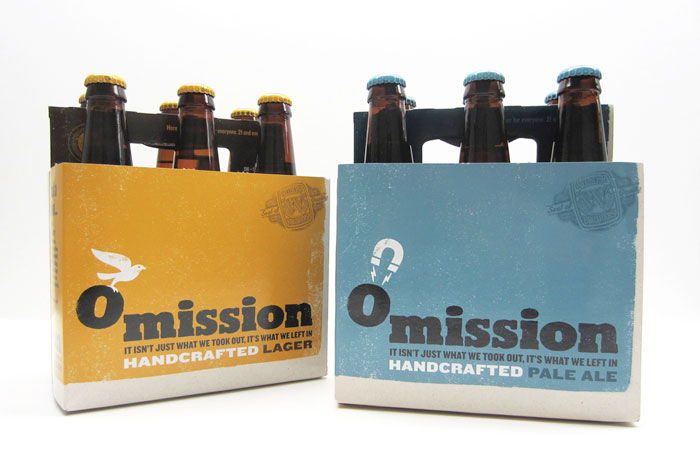 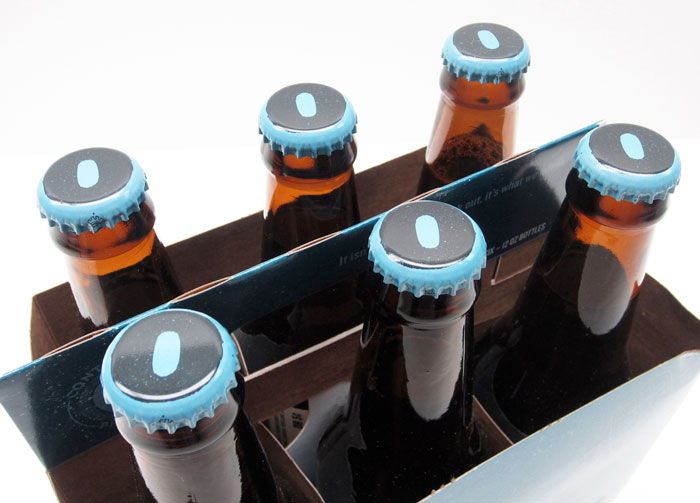 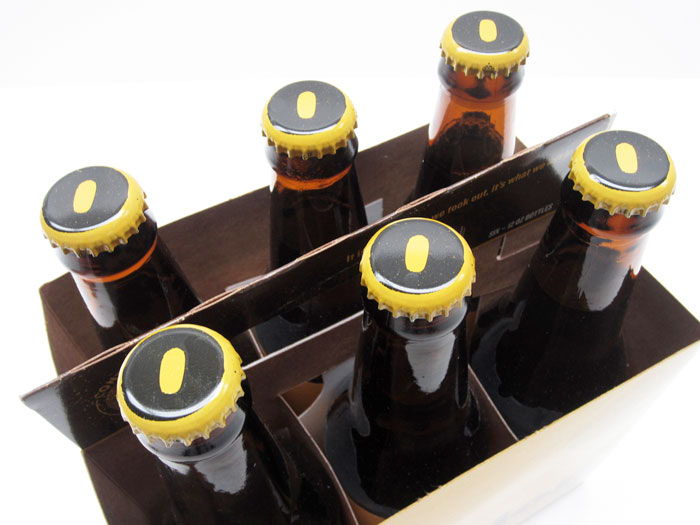