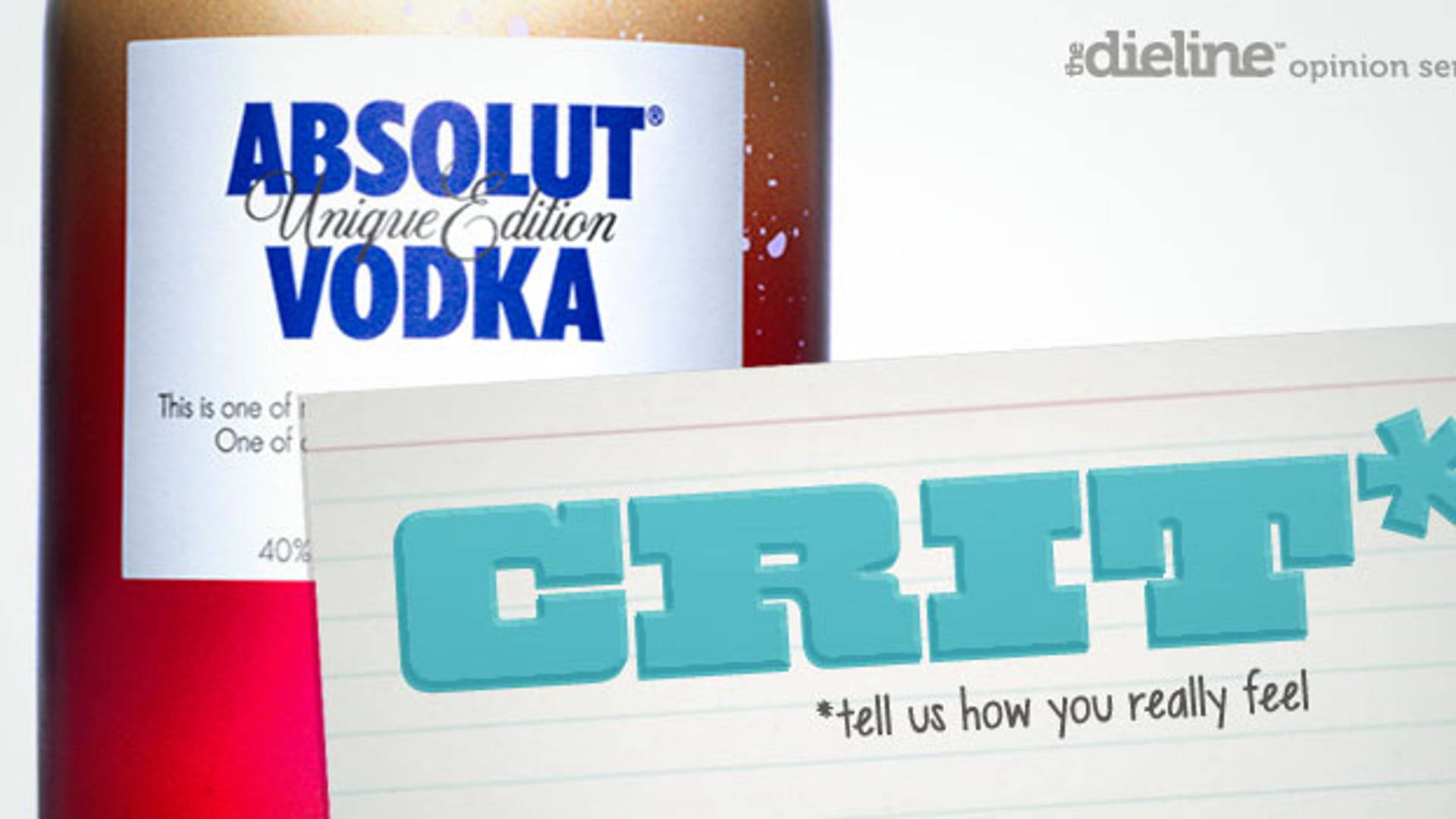 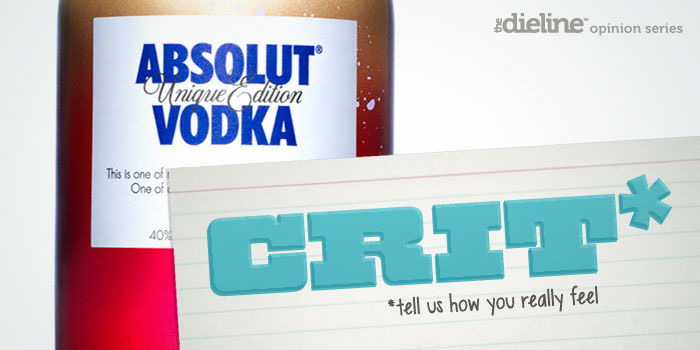 Absolut is a brand of premium vodka owned by the French company Pernod Ricard and produced in the Skåne region of Southern Sweden. This autumn, following their continuing trend for special edition bottles, Absolut will launch Absolut Unique, a generative design and manufacturing solution developed in collaboration with Family Business that will randomly create a one-of-a-kind design across each of the 4 million bottles produced through a carefully orchestrated but random mix of 38 colours and 51 pattern types.

“For ABSOLUT UNIQUE, ABSOLUT had to re-engineer its entire production line. It required a complex interaction of human and mechanical elements, and a carefully orchestrated randomness, to achieve the desired end result. Splash guns and colour-generating machines were set up and complex coating, pattern and placement algorithms were programmed in to ensure that no two bottles would be alike. Thirty-five different colours were used, and fifty-one pattern types were applied to the bottles. A striking look was achieved by colour contrasts and a white, mat paper label that features each bottle’s unique number." 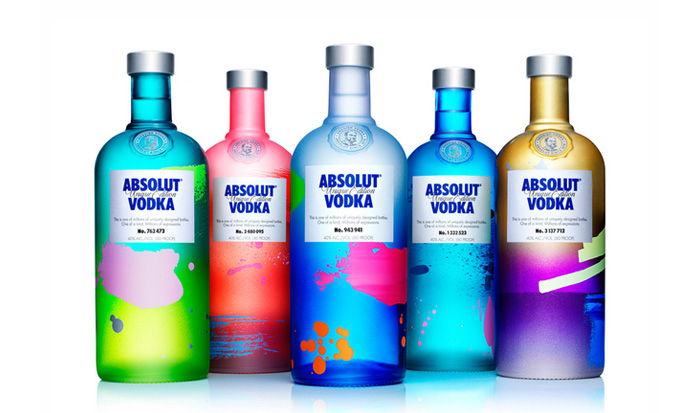 Like many of Absolut’s limited edition ranges the visual resolution and finish of Absolut Unique appears distinctive and well executed. Its mix of paint strokes, splashes and sprays draws on contemporary urban art, 80’s pop culture and graffiti movements with a spontaneity, energy and life that compliments and reflects the context in which vodka is frequently experienced. The organic and almost humanist nature of the detailing contrasts incredibly well with the Swedish modernism and geometry of the brand’s visual identity, structural design and the more traditional cues set by the embossed seal but also their unusual machine generated nature. 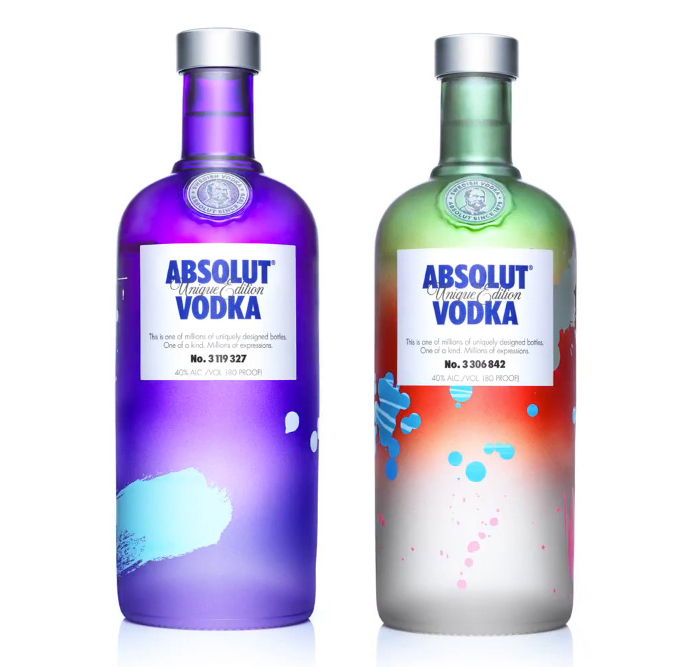 Although a largely familiar aesthetic the broad, creative union and utilisation of metallic, pearlesque, neon, gloss, opaque, translucent and matt inks, set across the curved surface of each bottle, delivers an original, rich visual texture and a very clever unisex quality likely to emerge and fluctuate between each of the 4 million bottles. Like a handbag or a pair of trainers the opportunity for consumers to seek out a variation that resonates well with their personal taste is an engaging proposition that boldly and intentionally continues to allow Absolut to blur the line between fashion and consumables, celebrate society's collective diversity, reflect the culture it exists in and achieve a rather impressive inclusive exclusive duality through mass produced individuality.

Why Can’t Packaging Become Part of the Product?