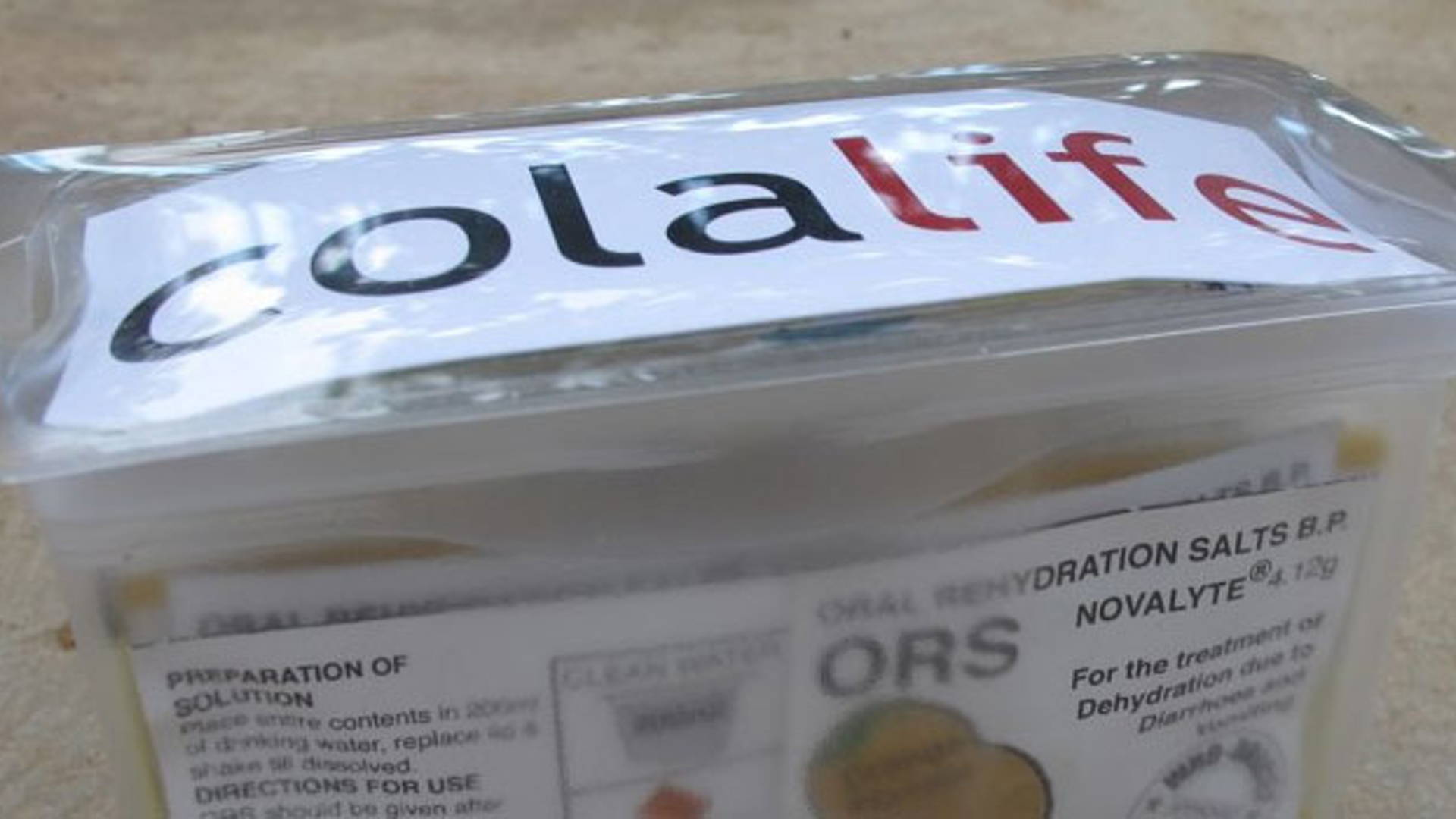 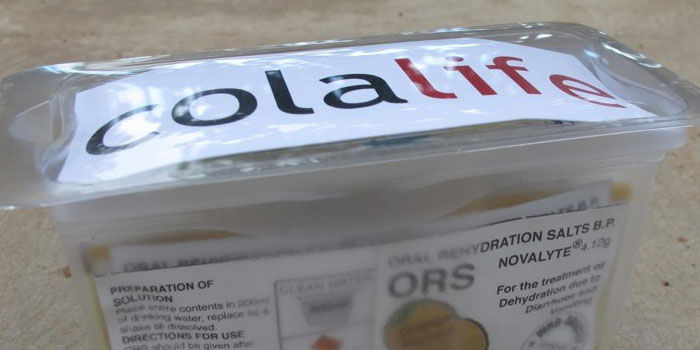 Check out this structure designed for a charity that is working in developing countries to bring Coca-Cola, its bottlers and others together to open up Coca-Cola’s distribution channels to carry ‘social products’ such as oral rehydration salts and zinc supplements to save children’s lives.

"Our structural team at pi 3 created a patented wedge shape vacuum formed container made of rPET (80% recycled PET.) A consortium was formed between Charpack (bulk-manufacturing of the container and lid), Amcor Flexibles (transparent film to seal the AidPod), Packaging Automation Limited (the machinery that heat seals the film to the AidPod) and Saunders & Dolleymore LLP (advice on Intellectual Property) to ensure that ColaLife had the best team to support their venture.

There are several unique features of the AidPod that gives it benefits beyond that of just a robust transportation container. All branding and instructions are in a leaflet slotted into the lid. This means that the plastic remains clear thus rendering it potentially suitable for SODIS (solar water disinfection.)  The AidPod is also used as a measuring jug so that the Oral Rehydration Salts are mixed directly into it so the measurements are correct and consequently, most effective.  It will be the first container in Zambia offering customers the ability to make up an individual required dose rather than a minimum of one litre of bulk fluid. The lid prevents contamination and allows the mixture to be fully dissolved via shaking whilst also used as a cup." 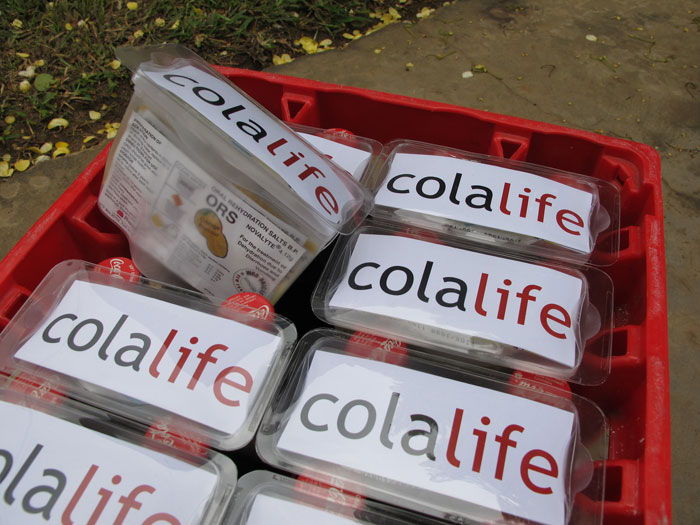 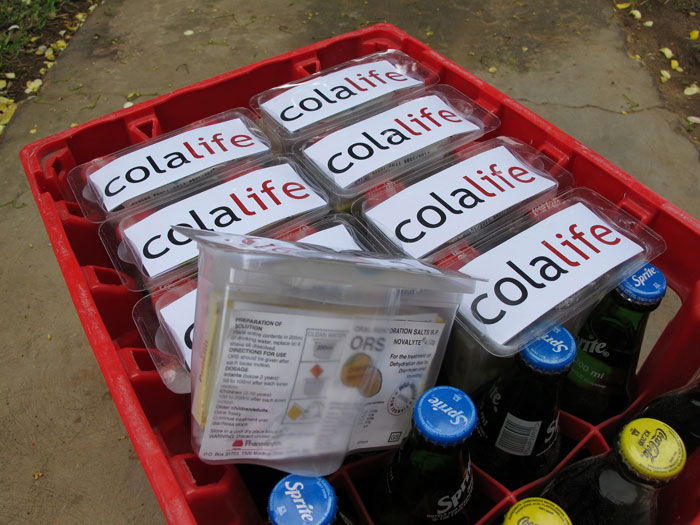 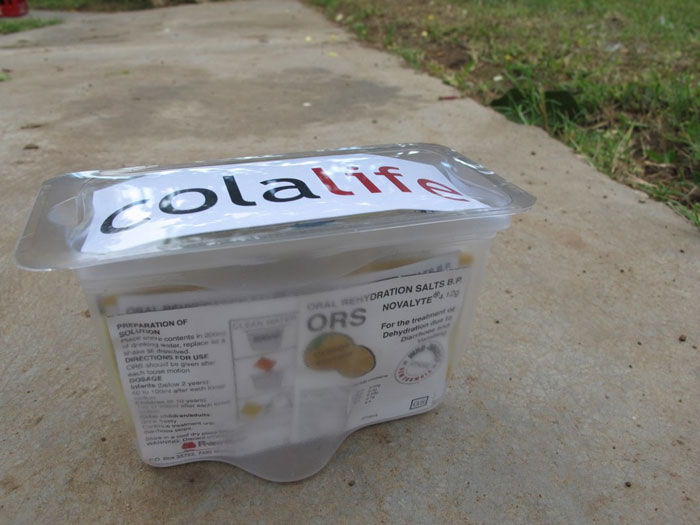