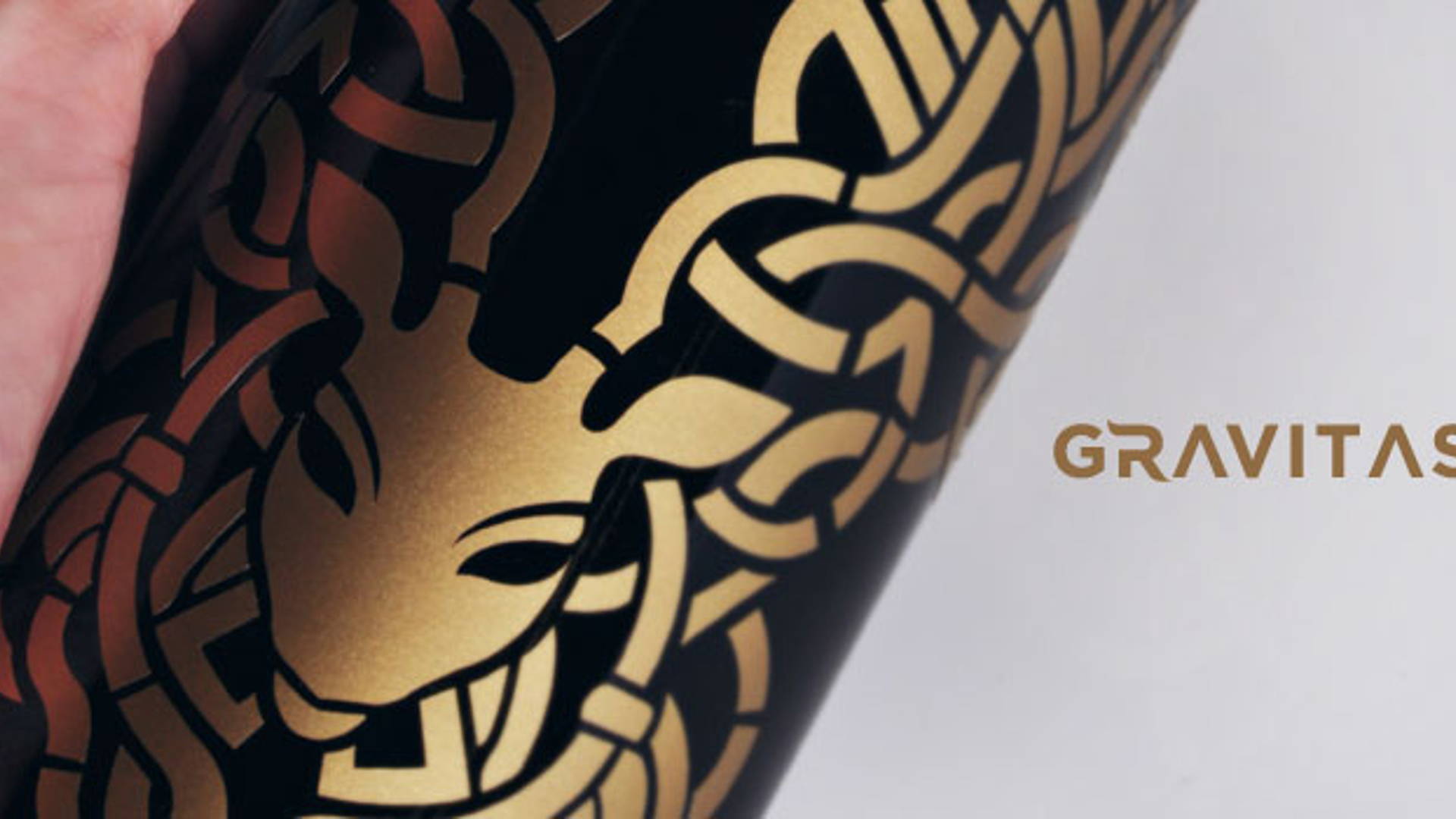 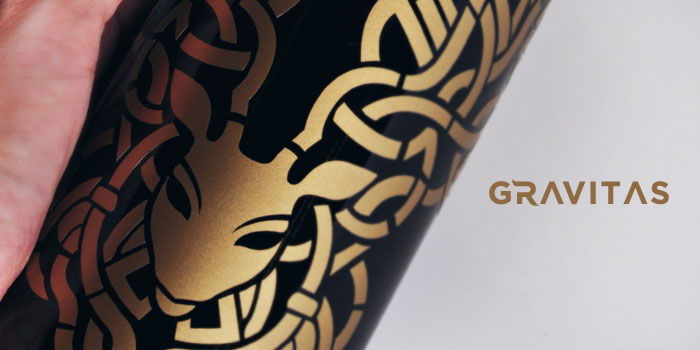 "Gravitas means dignity, seriousness, and maturity, qualities that are expected from a leader / people with higher position. It was chosen to give a character to the product as a "wine with dignity / serious wine", and also to create a statement that indirectly says "this is the wine that gives you dignity". The term Gravitas was chosen as the brand name mainly to build the character and perception of the wine because buying wine (especially for a new consumer) is tricky due to the massive choices.

Deer was chosen as the main visual as its antler symbolizes maturity, dignity and creates a fascinating visual. The antler in the design was tweaked to visualize grape.

Overall, the whole design is modern (in gold and silver color) to reflect the personalities of modern young professionals, to look classy, sophisticated, and most importantly to attract the consumers."

Designed by Alvin Edison, a student from Limkokwing University of Creative Technology. 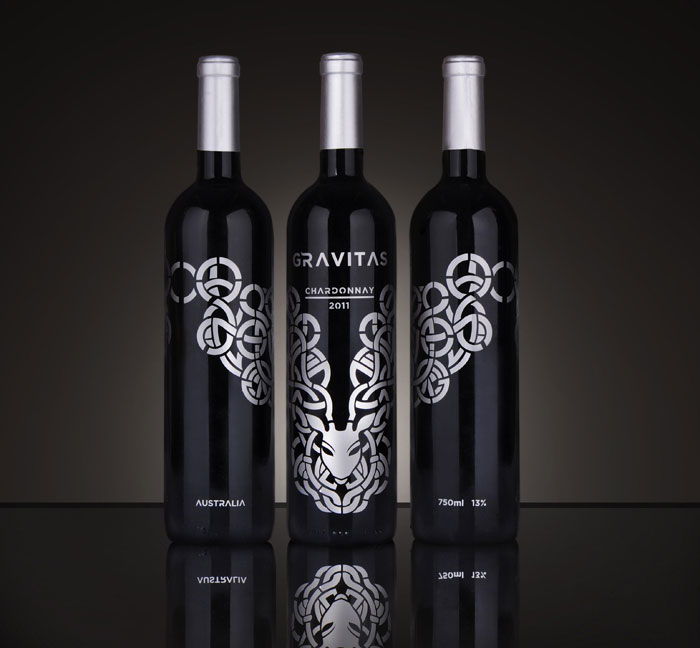 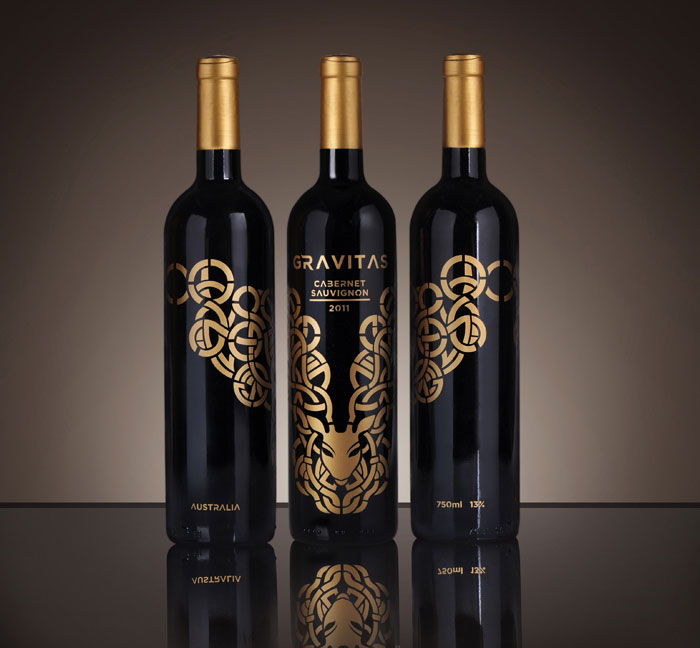