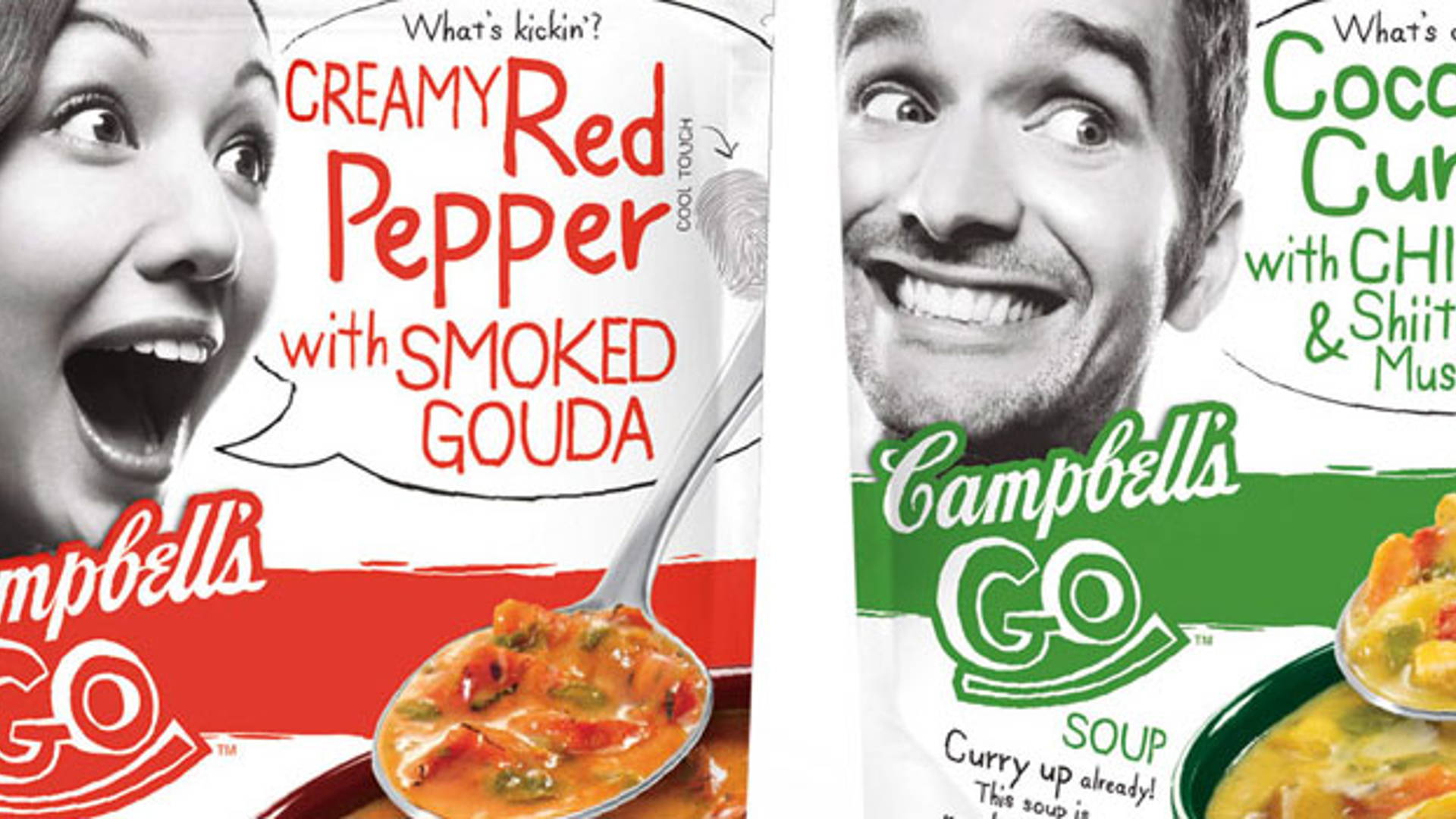 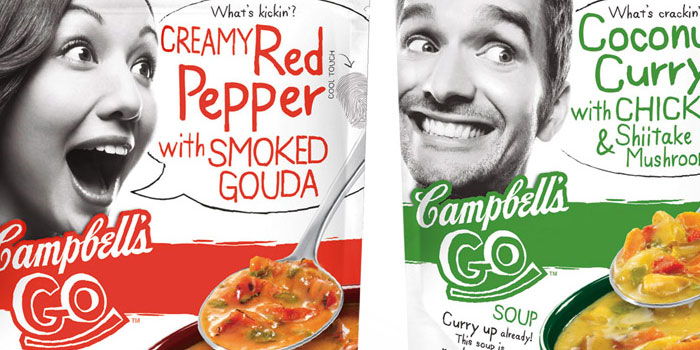 Campbell's Go was developed in an effort to create a line of more convenient, more ethnic, more hip soups.

"DDW had a blast partnering with the Campbell's Global Design team to create an innovative new brand -- Campbell's Go™ Platform. With the freedom to explore out-of-the-box ideas to solve for this consumer's needs, our design reflects the attitude of the restless Millennial appetite and gives Campbell's an exciting offering for this foodie target.

The new varieties of Campbell’s soups, Moroccan Style Chicken with Chickpeas and Creamy Red Pepper with Smoked Gouda, are nothing like the ones your mother kept stacked in her kitchen cabinet. They don’t even come in cans. And that’s exactly what Denise Morrison, the chief executive officer at Campbell Soup, is counting on. When Morrison became CEO last year, she took on the daunting task of reinvigorating the 140-year-old Camden company. The mandate required making soup more convenient, more ethnic, more hip.

For all its nostalgia as a comfort food, sales of Campbell’s soups, with their iconic red-and-white labeling, were slipping, especially among younger food shoppers. A year into her new job, it’s as if Morrison is adding a splash of hot sauce to spice up a cherished family recipe that everyone had started to consider bland. Morrison’s mandate includes more than cooking up new recipes though. Campbell is investing millions in new marketing and merchandising strategies — where the products are placed in grocery stores — in an effort to reach the nation’s 80 million millennials — discerning, tech-savvy consumers between the ages of 25 and 35.

When Morrison moved into the corner office last August, she gave the company’s consumer insights group a clear directive to get an understanding of the millennial consumer. 'She wanted us to make it a priority,' said Chuck Vila, the vice president of consumer insights. Vila and his colleagues went to such "hipster hubs’’ as Austin, Portland and San Francisco to study the rituals and preferences of people in their mid-20s and 30s. They shopped with them. They ate at their favorite food trucks, neighborhood restaurants and, sometimes, they ate home-cooked meals in their homes. 'We learned a lot,' Vila said. 'They are restless spirits with adventurous tastes.'" 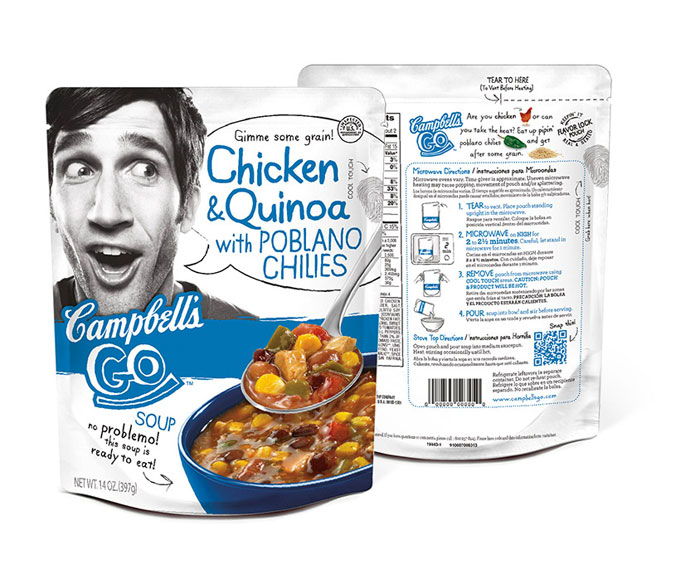 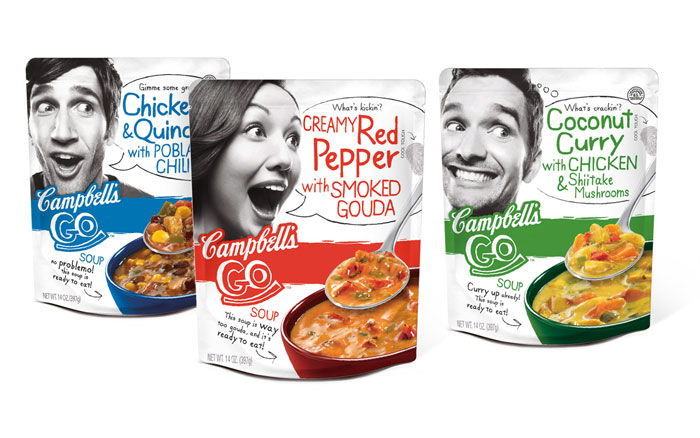