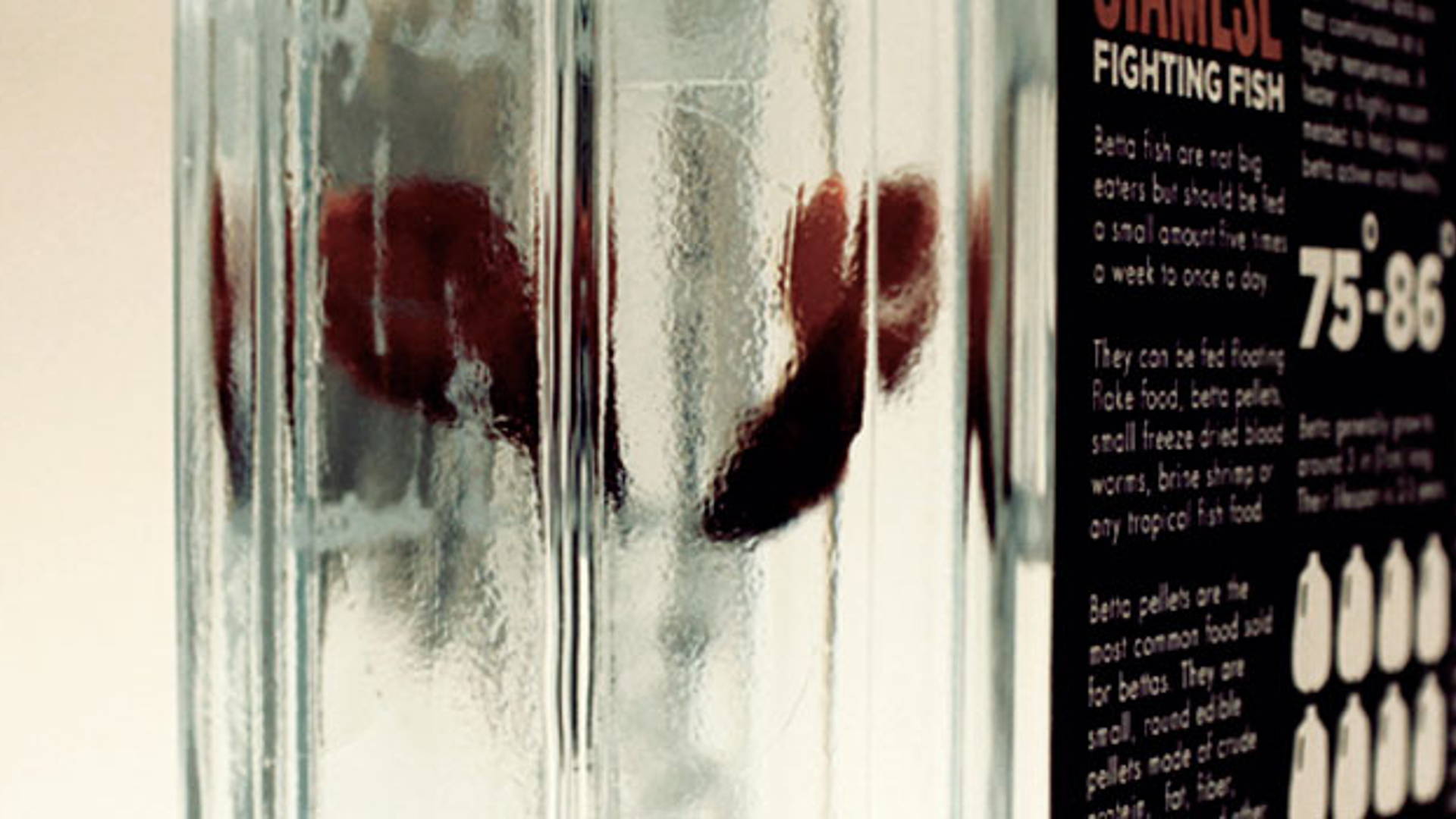 Concept: Packaging for a Fish 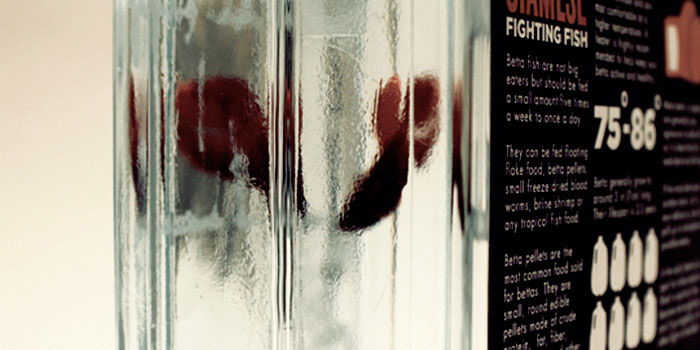 Packaging that give Beta or Siamese Fighting Fish a voice.

"The Betta is actually a tropical fish from the Thailand area called Siamese Fighting Fish. They live in rice paddies and are known to be aggressive toward other fish. In ancient Siam, these fish were used in matches where large amounts were wagered; sometimes even as much as a house.

The Siamese Fighting Fish is sold in very small cups in pet stores and super centers for extremely cheap prices. They are marketed as fish that can live in very small tanks (.5 gallons) when in reality, they need at least eight gallons of water.

This packaging gives the Siamese Fighting Fish a voice with little-known care information such as optimum water temperature, amount of water needed, and different food choices. The packaging also references the fish' rich history and tropical origin, while giving the fish up to three times more water in it's packaging than it had previously." 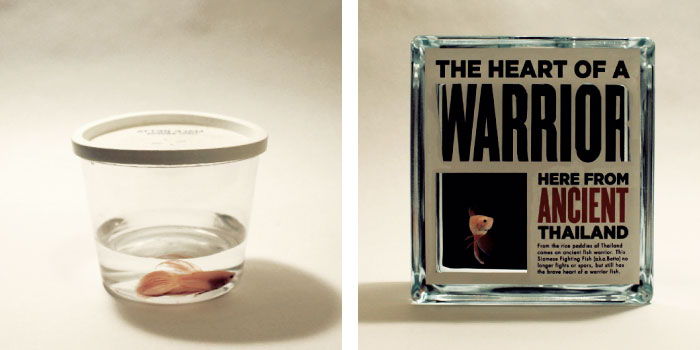 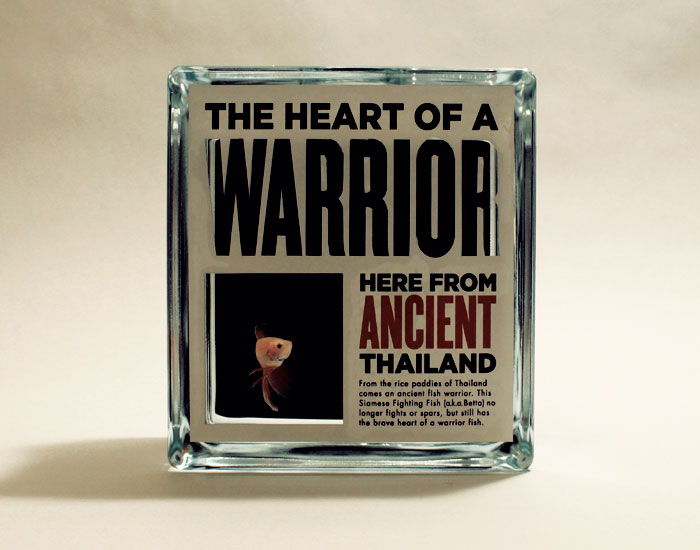 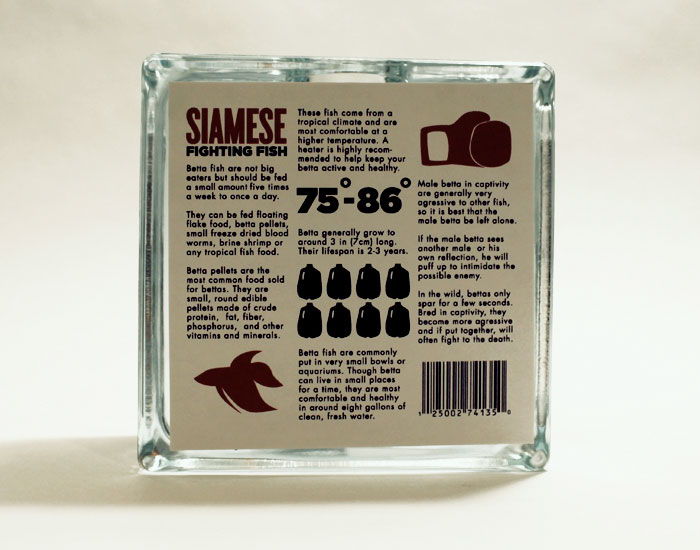 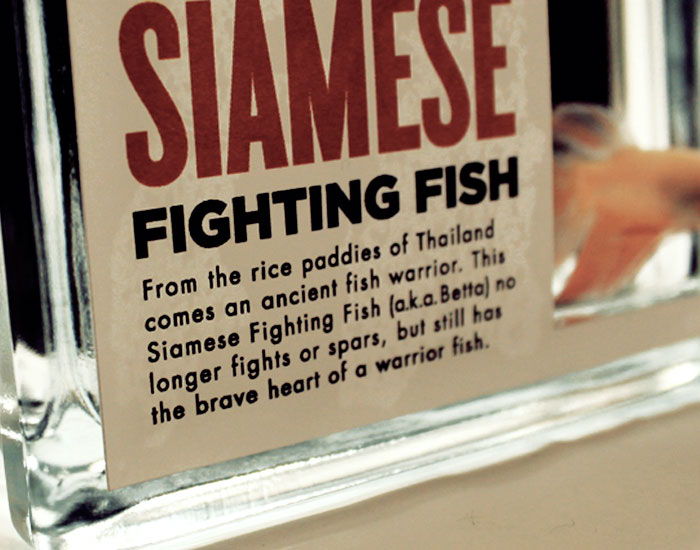 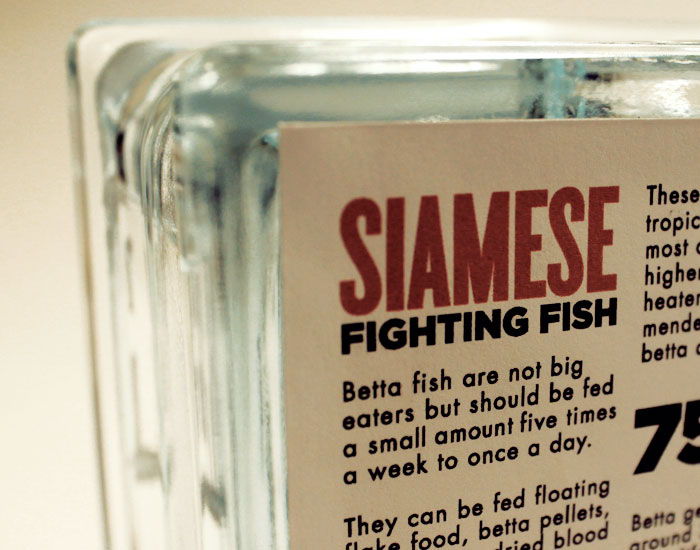 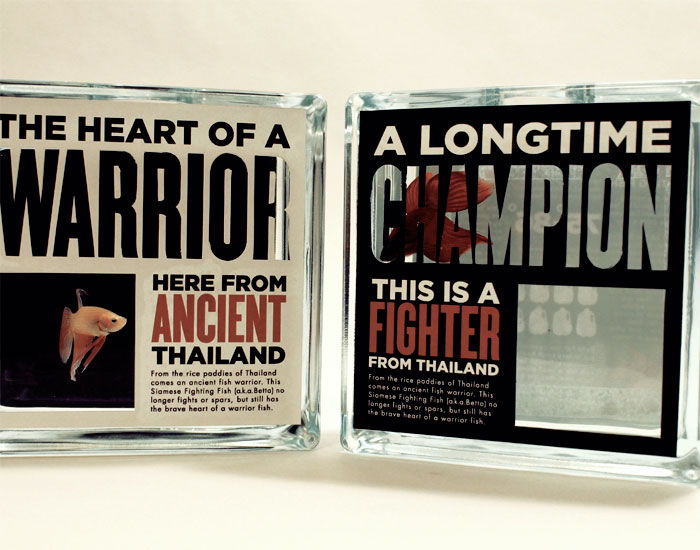 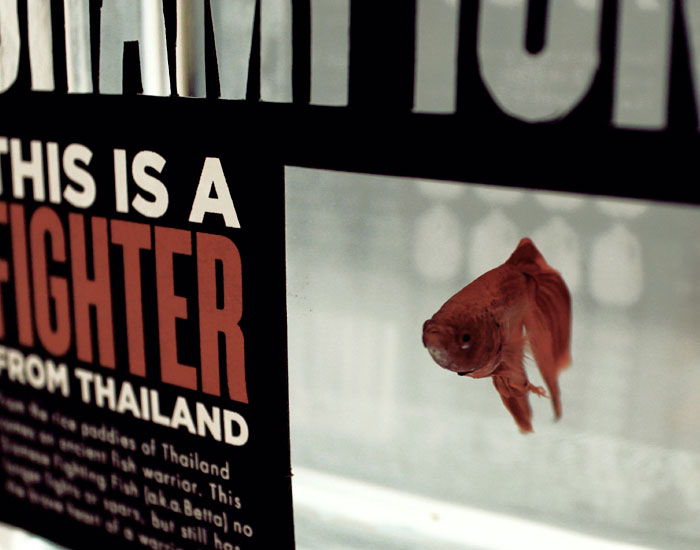 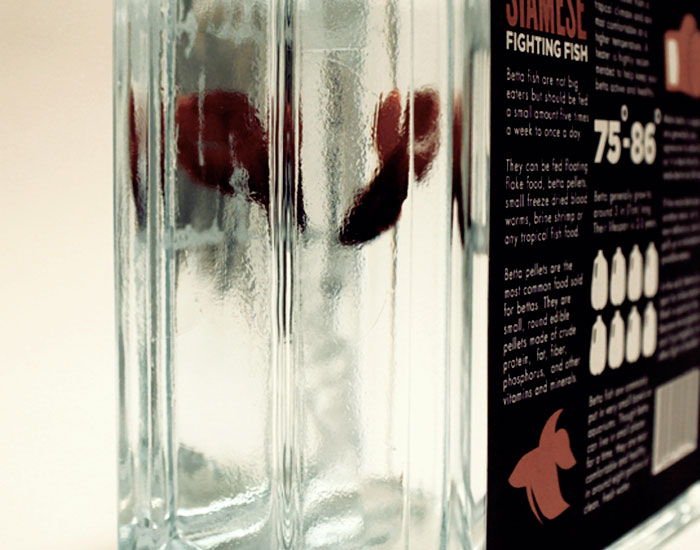