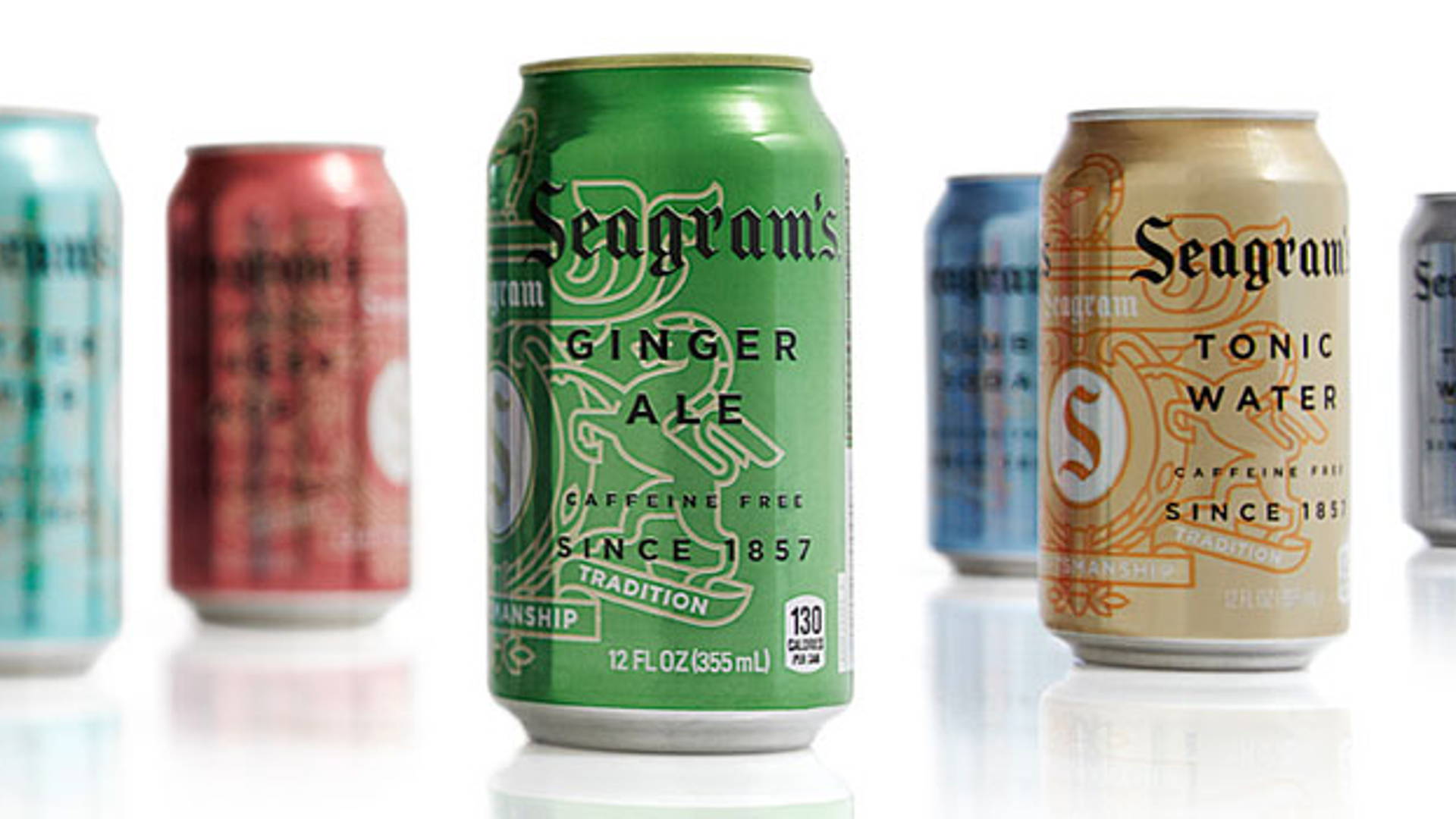 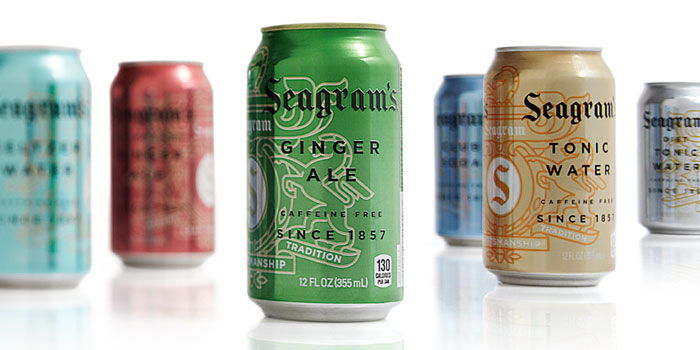 Seagram’s is an iconic, well-respected brand. So when its parent, Coca-Cola, asked Hatch to help refresh the Seagram’s Ginger Ale line and make it more relevant in today’s world, it was definitely a handle-with- care assignment.

With so many new soft-drink options available to consumers, ginger ale had become a product with niche appeal. As people reach their late thirties, they tired of overly sweet beverage concoctions, and if they are going to treat themselves, they want an authentic flavor reward. Just like that found in the clean, sophisticated “bite” of ginger ale. The particular taste profile of Seagram’s Ginger Ale is viewed as sophisticated and adult.

The challenge was how to update such a venerable brand without losing some of its valuable gravitas.The brand has two iconic elements reaching back to the old world: the Seagram’s crest and word mark. With this in consideration, the decision was made to modernize the crest (simplify it, reduce it to one line weight) and then use it in ways that announce that something new is going on. The crest is now more of a friendly element than a crown jewel, with visual treatments such as placing type over it and wrapping it around the corners of cases.

In order to help consumers shop for the three ginger ale flavors (as well as tonic water and club soda, which are traditionally sold alongside the ginger ale), the cans are flooded with crisp, clean metallic versions of the colors consumers associate with the flavors category-wide.So successful was this complete brand refresh, Hatch and Coca-Cola applied the same type of thinking to the Seagram’s line of Sparkling Seltzer and, also, a new line of non-traditional, flavored ginger ales sold under the brand name of Seagram’s Zenzero. 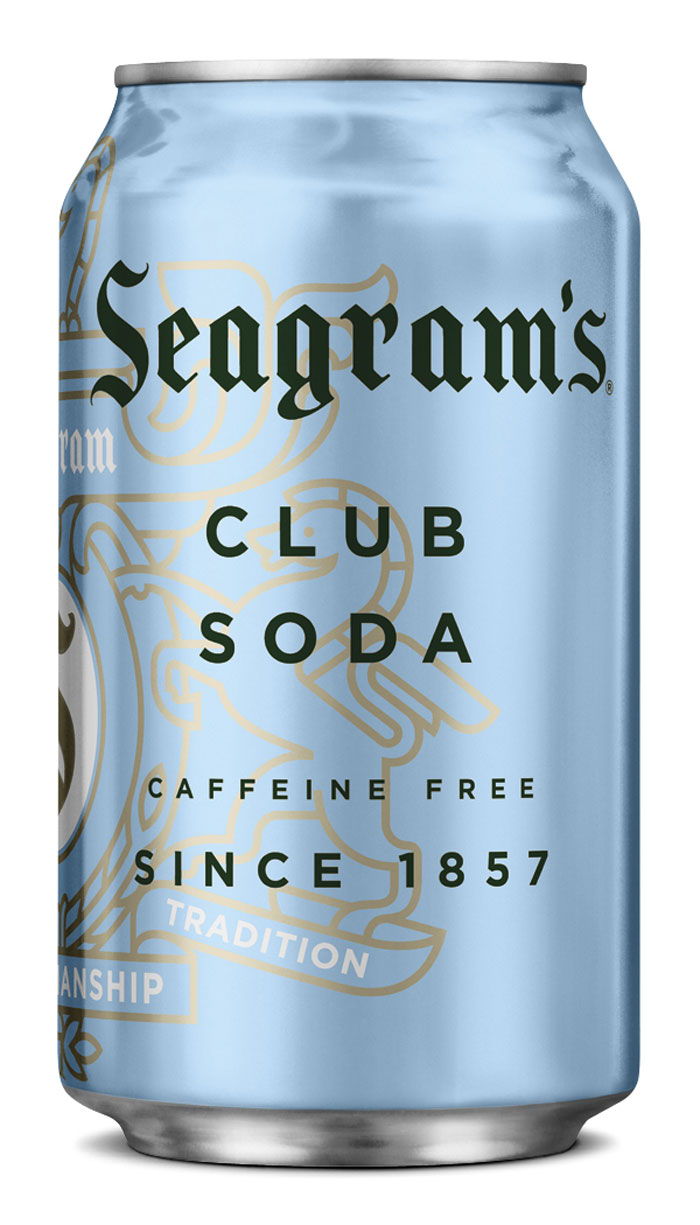 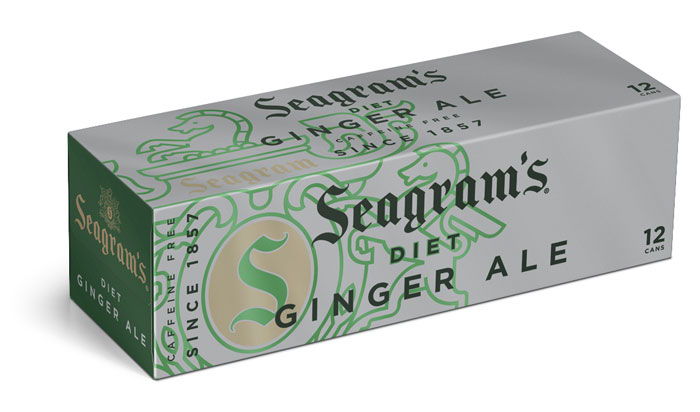 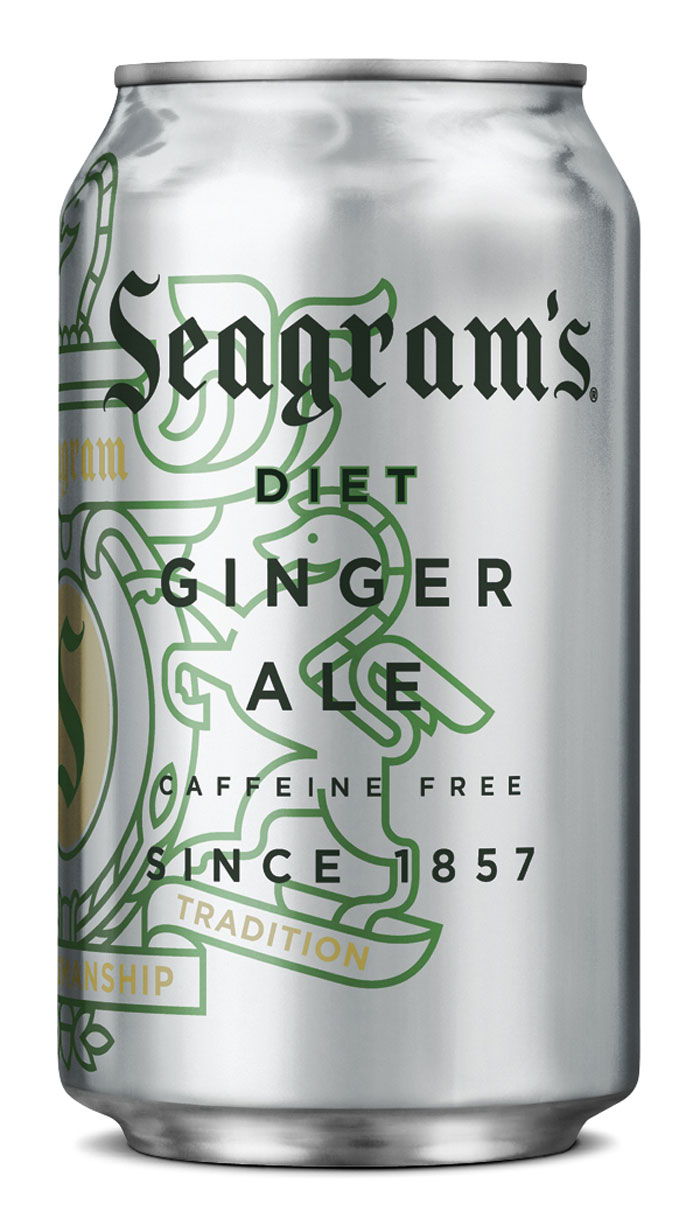 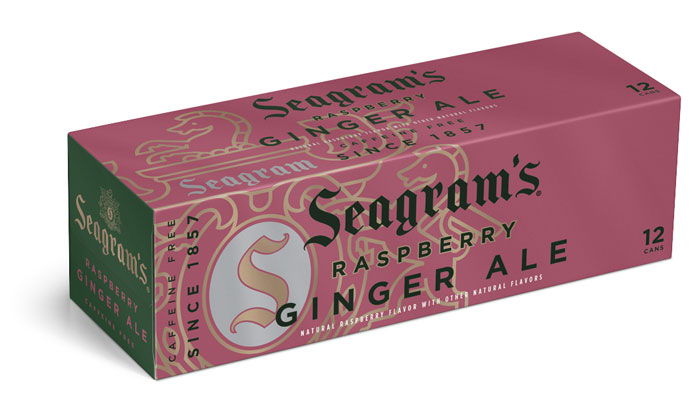 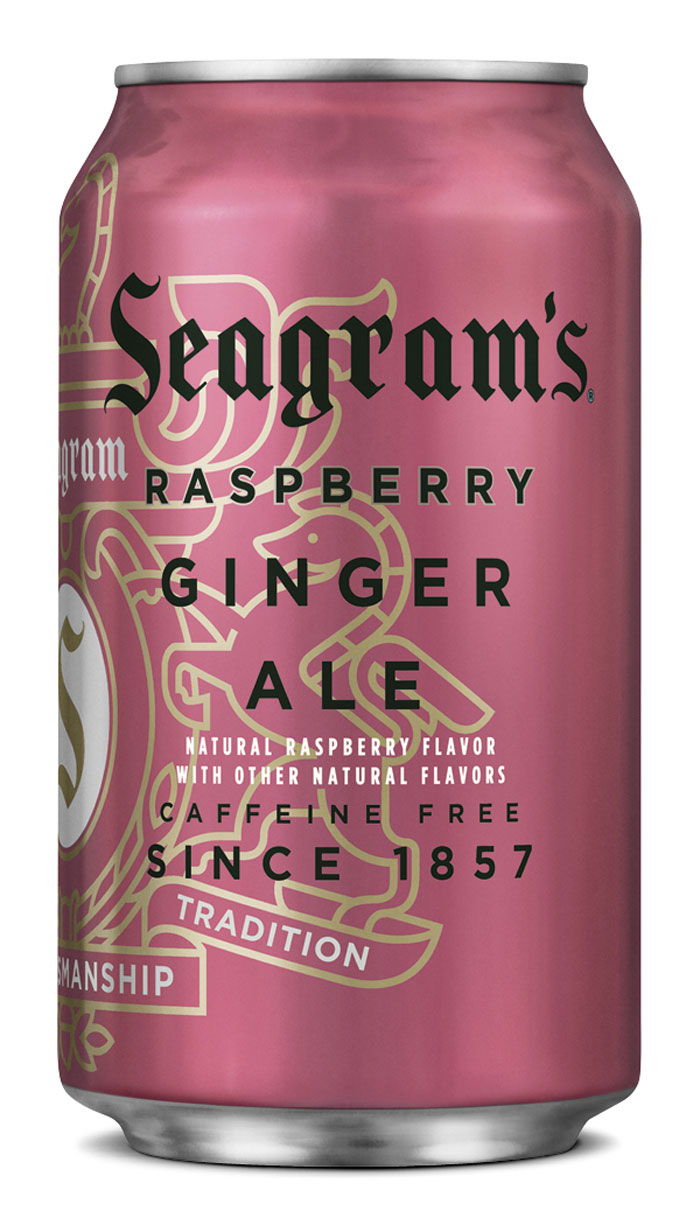 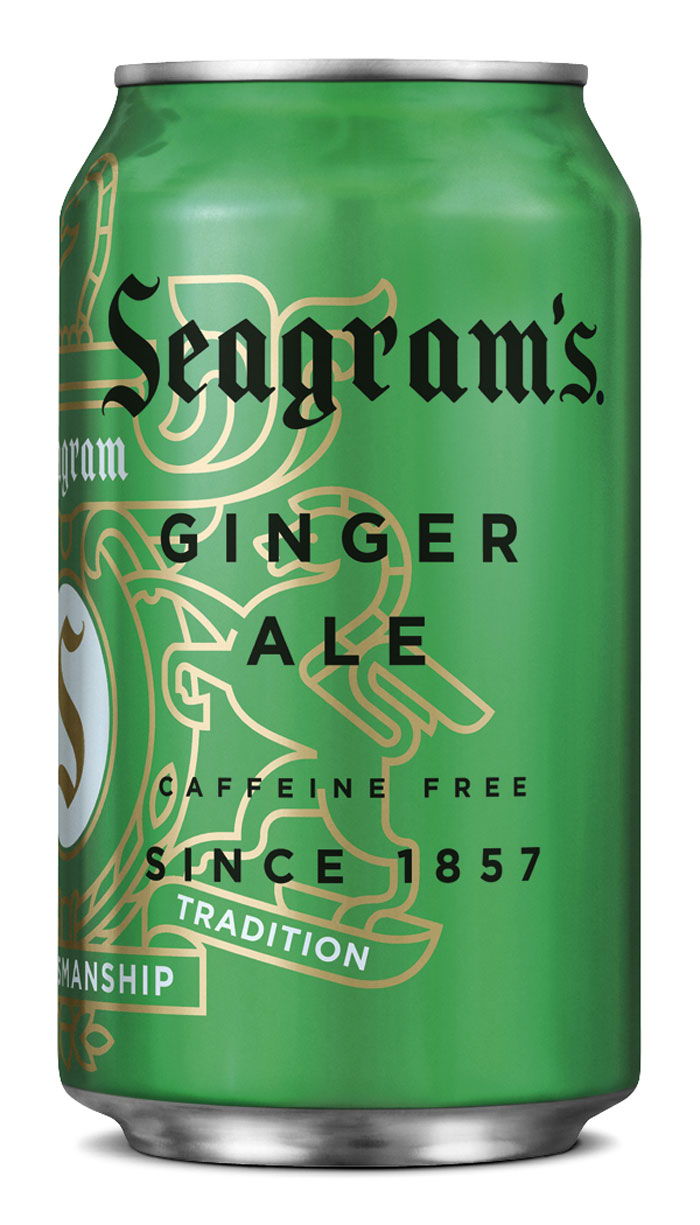 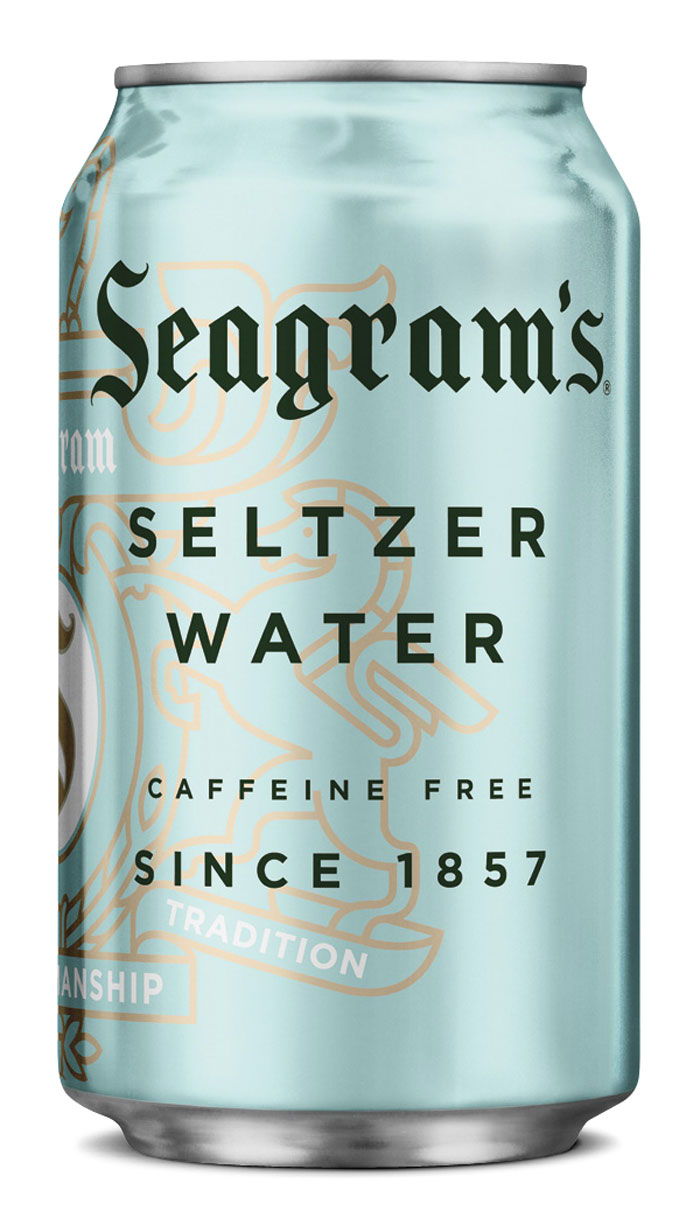 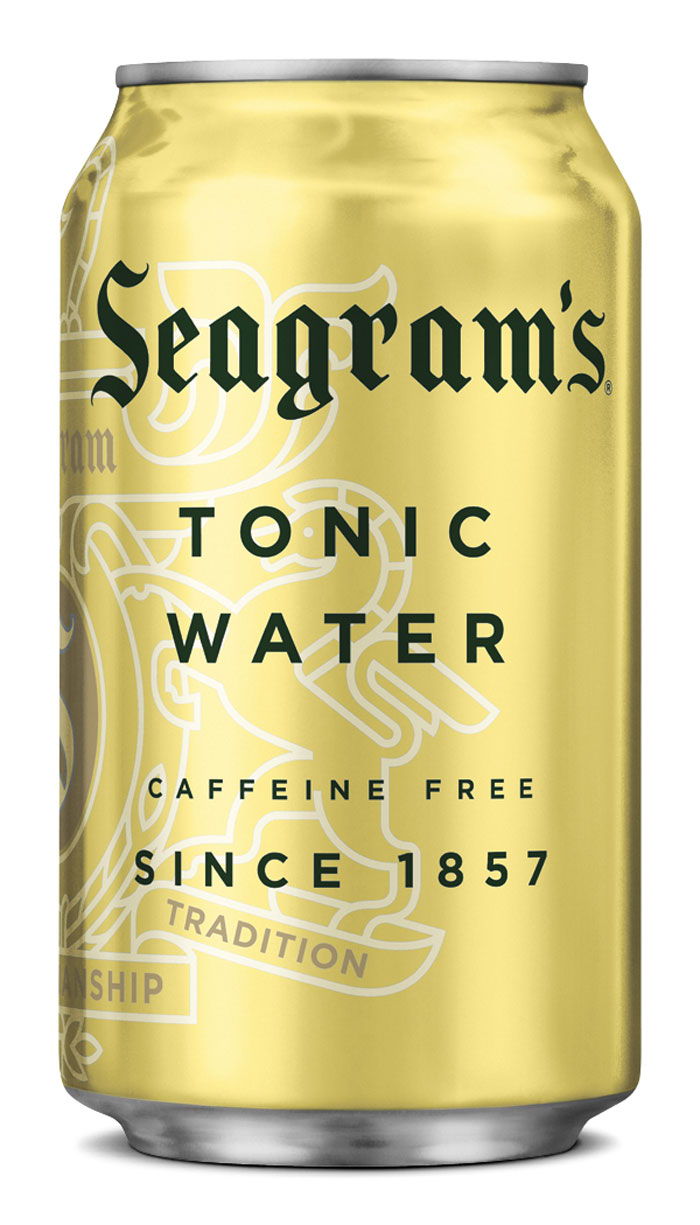 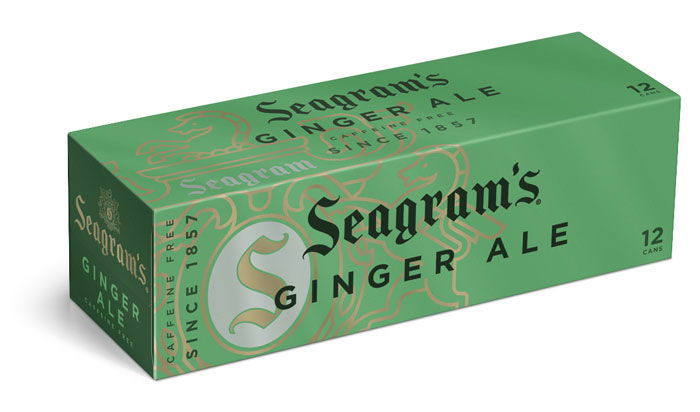