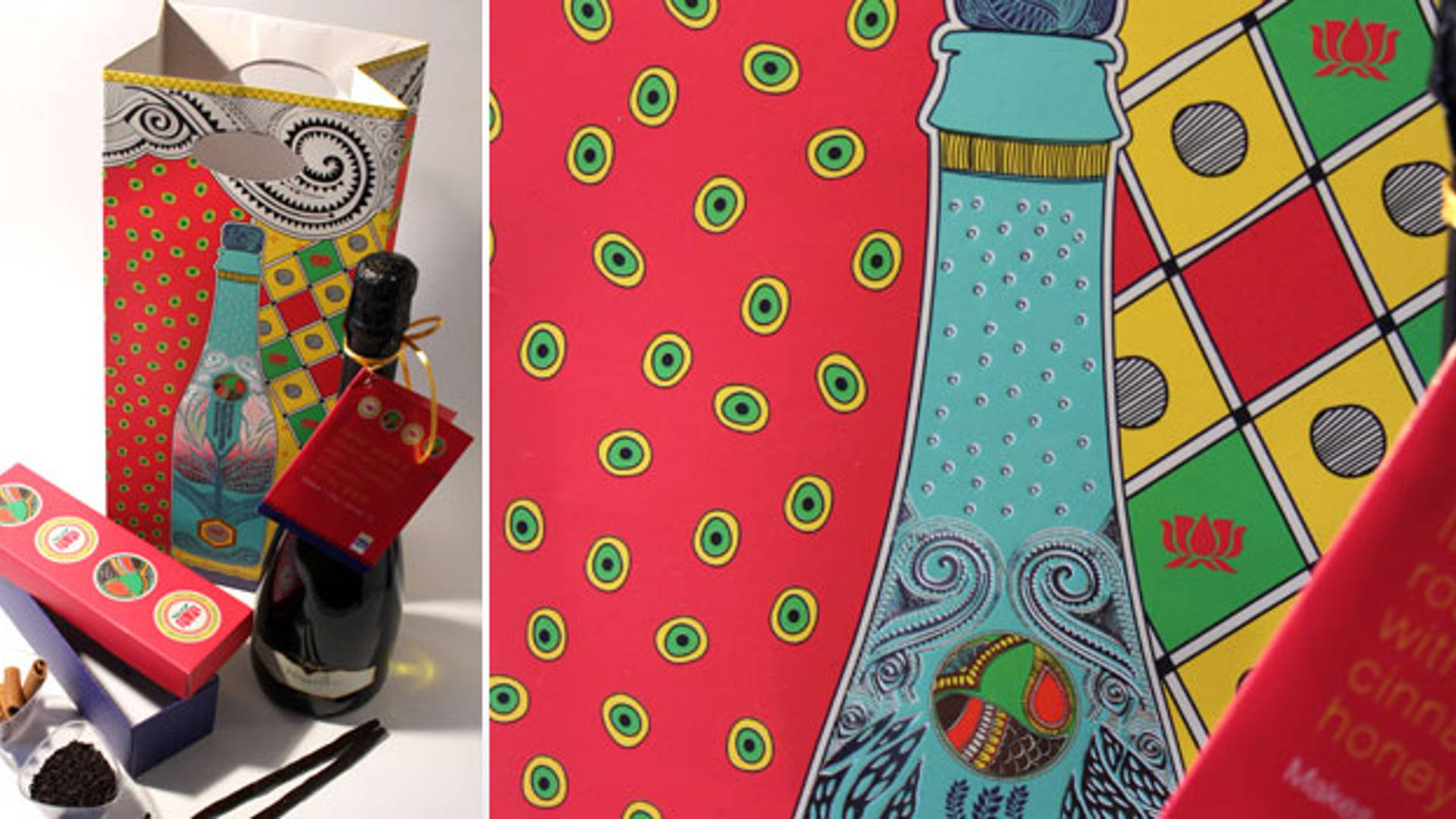 Diwali Gift Hamper for The Park Group of Hotels, India 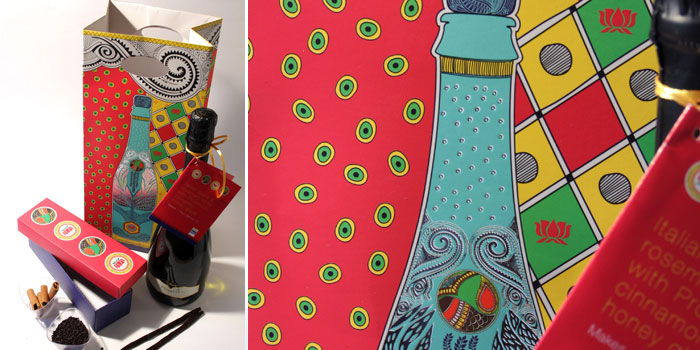 As a boutique hotel, The Park exudes impeccable style and design innovations. Their contemporary outlook is defined by their seamless blend of international style and sophistication with local art and culture.

Smudge Design Studio was asked to create an invite for The Park's Diwali party with matching packaging for a hamper that would be gifted to their most valued clients. Diwali, the festival of lights, is an important Hindu festival and is widely celebrated in India.

Check out what the Smudge Design team had to say about their package design below.

Tiana Spellman: How did you come up with your packaging concept?

The Smudge Design Team: Our brief was to create a limited edition wine bottle bag and spice box for our client, The Park Hotel, for their Diwali party. Diwali, the festival of lights, is one of the most important Hindu festivals and celebrates the triumph of good over evil - as depicted in the Indian epic, Ramayana. We wanted to create a look that was ethnic, bright and colourful as the festival as well as funky and contemporary, in keeping with The Park's signature style. We were inspired by the ancient Indian folk art form, Madhubani, which finds its origins in the Ramayana and was originally practiced only by the womenfolk, who believed that Gods visited their houses in the morning and hence they adorned their walls and doors with these drawings to please the Gods. We played with the fine lines, floral designs and abstract figures used in Madhubani art and added contemporary accents to give the packaging a versatile look.

Tiana Spellman: Why was this specific packaging material chosen?

The Smudge Design Team: We chose to fabricate the bag and box using a 300GSM art board for a couple of reasons. We needed an economical material which would be sturdy enough to carry a heavy champagne bottle and yet malleable enough to be manipulated to form a bag and box without cracking. We also chose art board because of its beautiful reproduction of the vibrant hues in our design.

Tiana Spellman: What processes were used in the making of your packaging?

The Smudge Design Team: The design was printed on 300GSM art board by four-colour offset after which the silver foil accents on the bottle were added and finally the bags and boxes were hand assembled by a skilled craftsman in Chennai, India. 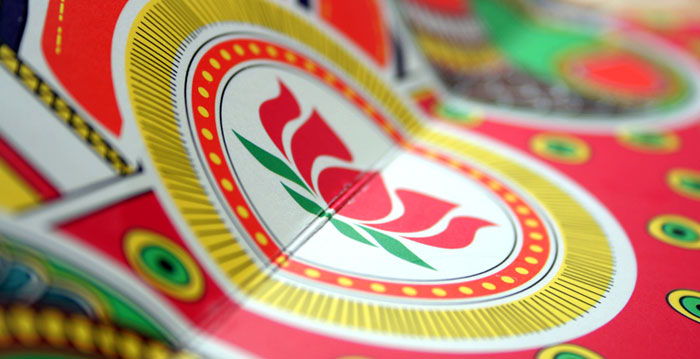 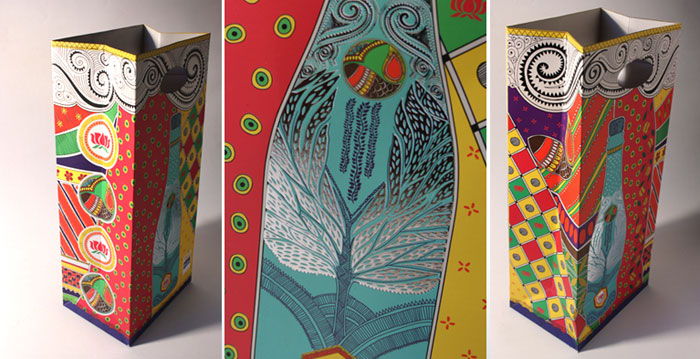 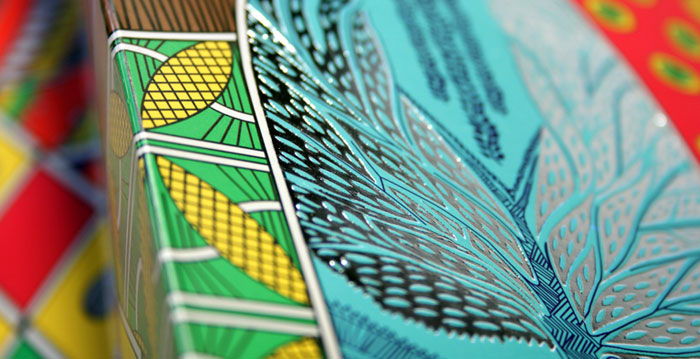 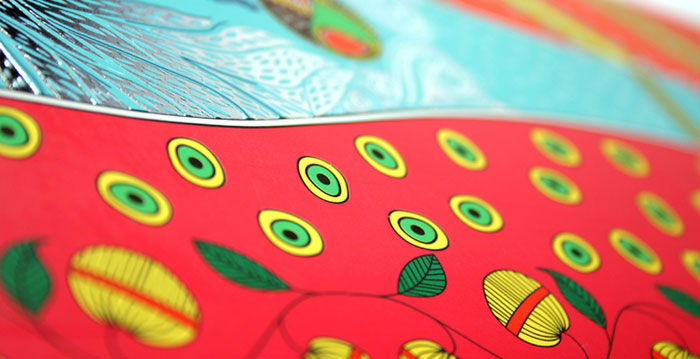 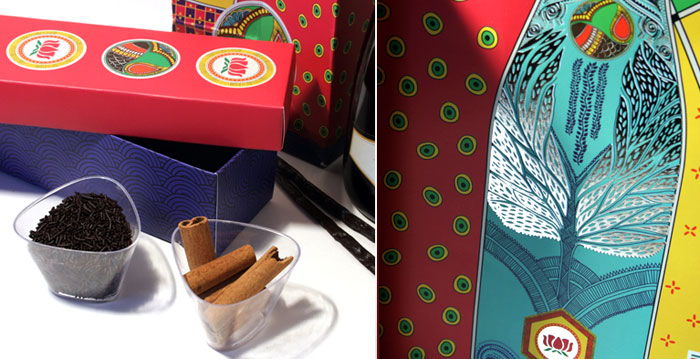 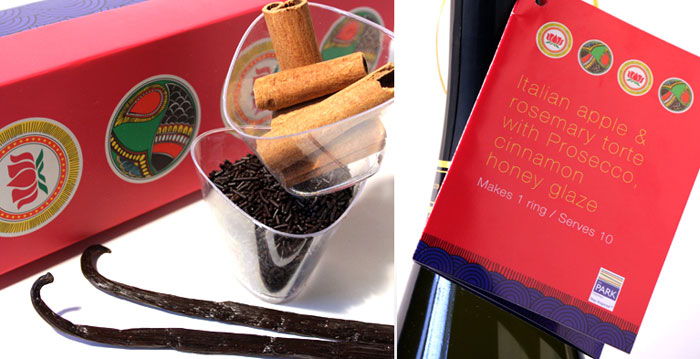