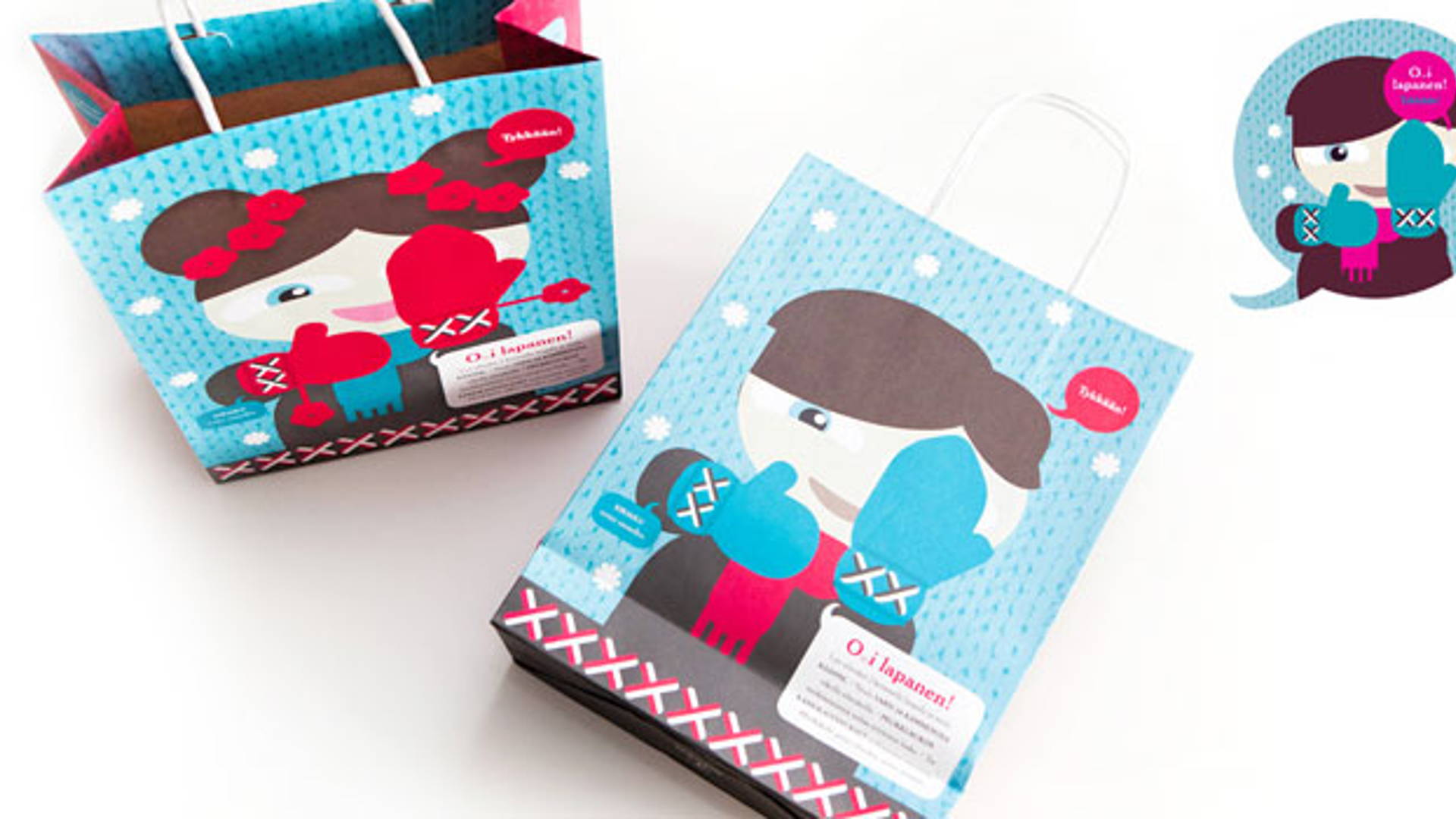 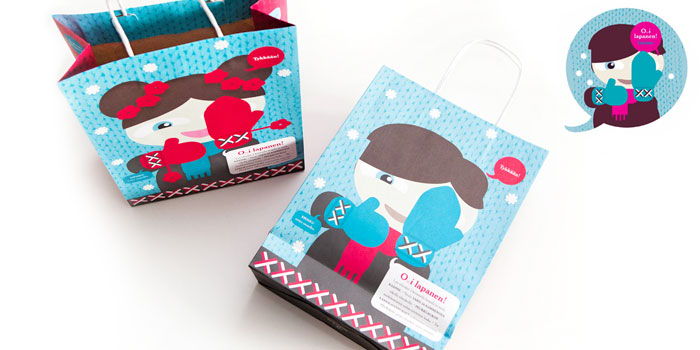 "The Tumppurekka road show was a three week tour in Finland. On tour Novita (a Finnish yarn manufacturer) and Martat (a Finnish home economics organization) taught the secrets of knitting a traditional Finnish mitten. In the center of the campaign was a big truck which gained a large amount of media coverage.

THE LOGOThe logo for the O(p)i lapanen! -campaign was designed with two particular messages in mind: one; that it had to include the element of social media (facebook.com/opilapanen) since the campaign is heavily visible there, and two; it had to clearly show the mitten. We illustrated a boy and a girl giving the thumbs up, wearing mittens. The colors derive from Novita's yarns, with emphasis being in bright and manga-like tones.

THE PAPER BAG The logo for the O(p)i lapanen! -campaign was designed so that it as such would offer endless possibilities and visual variations to be used in other materials. The paper bag was one of the first things to design. We wanted to use the images of the boy and girl as large as possible, combined with the simplified instructions of knitting a mitten. The bag now functions as an instructive material as well. Kraft paper which is white on one side and brown on the other was chosen as bag material. The white side gave us the possibility of high quality printing and brown side inside the bag gave a homely feel. The customers loved it! "

Designed by Satu Kontinen for Novita 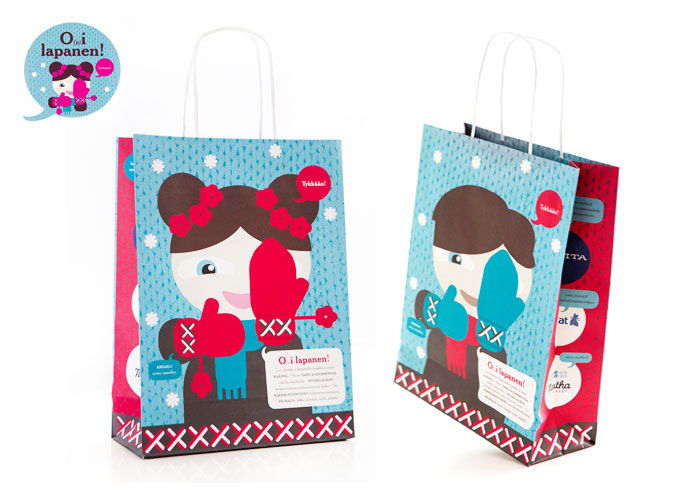 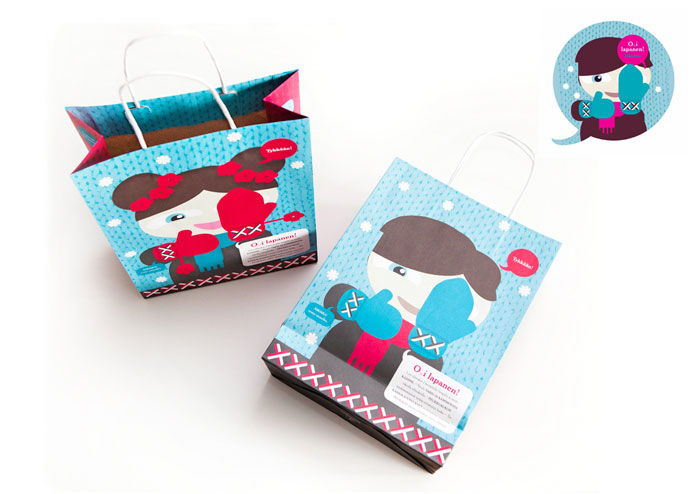 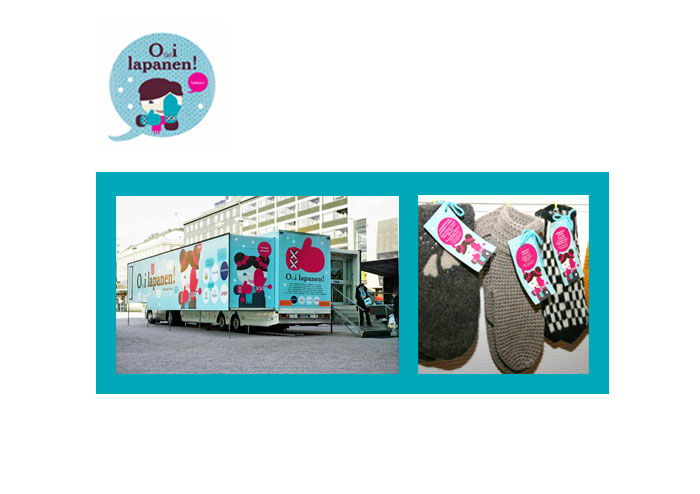