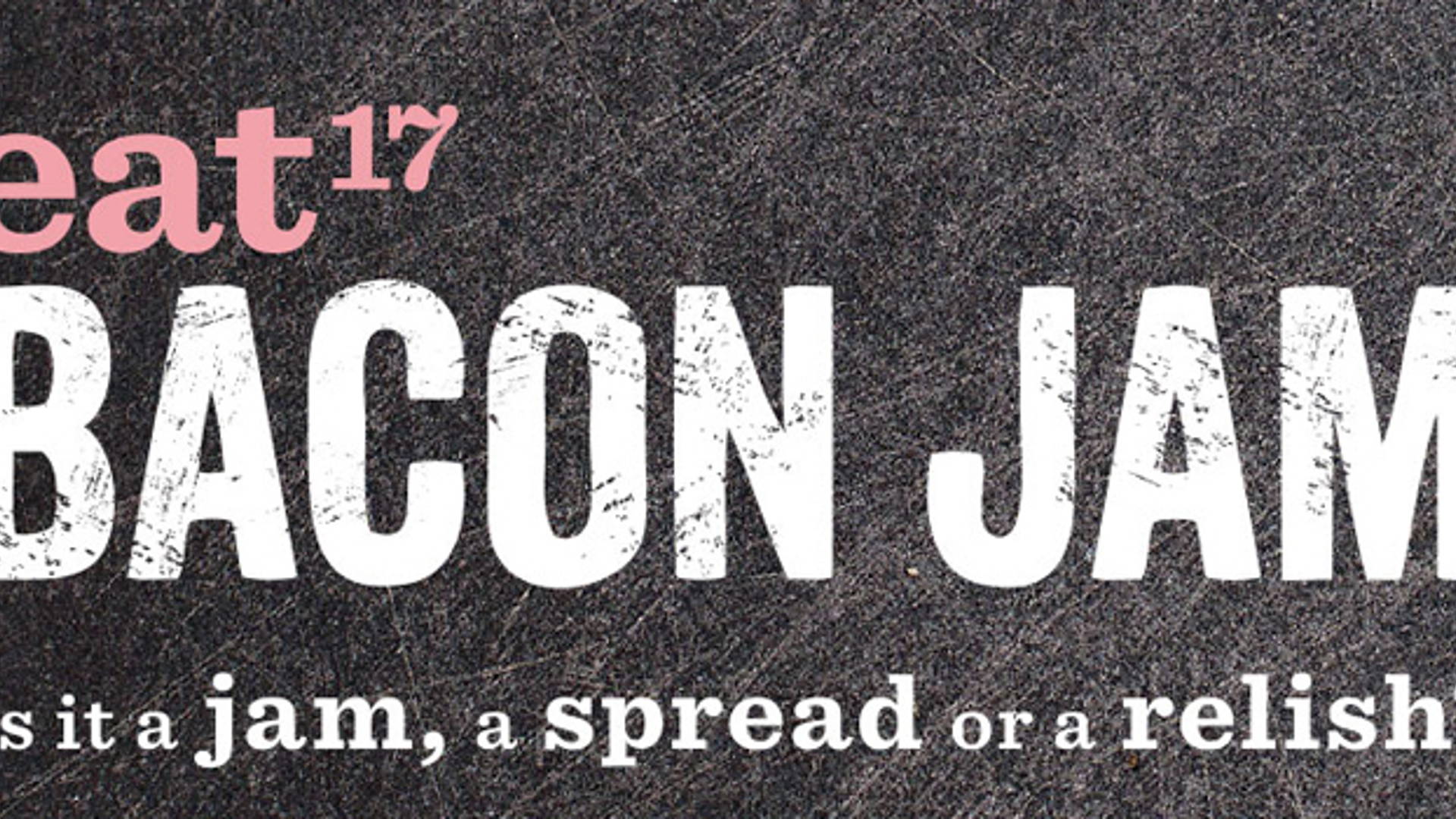 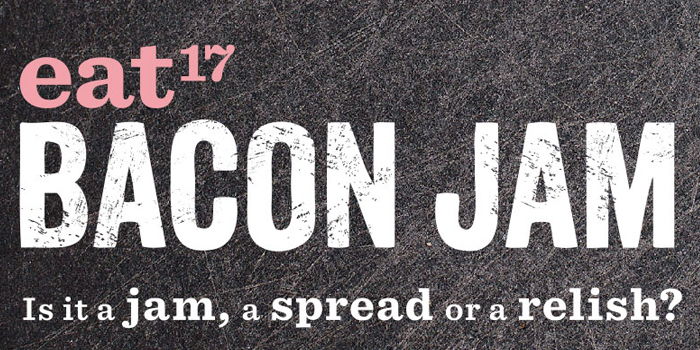 "Concocted by independent bistro Eat17 in Walthamstow Bacon Jam started out as a local phenomenon but newly launched with branding by Together Design, has now secured shelf space at Tesco. Together Design worked with the artisan producer to develop distinctive labels and messages that stand out on shelf and celebrate its meaty and modern credentials. Katja Thielen, Creative Director at Together Design says ‘Bacon Jam is an unusual product and that sense of creativity was the starting point for the branding. Relishes don’t usually contain meat, so we needed to convey that strongly on pack.The other task was to develop a quirky tone of voice to bring out its artisan character.’

About Bacon Jam “It started as onion jam, on our burger and topped with a rasher of really good bacon,” explains step-brother and co-director James Brundle. “Then Chris combined all the ingredients, and some extras into one jam and it was a huge hit. Customers began to ask Chris if he could jar some so they could take home” As well as being a delicious, addictive snack in its own right when paired with crusty bread, cheese or crackers, the versatile, umami-packed relish, which is made with prime British ingredients, is the perfect addition to a burger, base for a canapé or secret ingredient for stews, pies and casseroles. The ingredients that give the relish its signature sweet, spicy, salty depth are award-winning Den Hay smoked bacon, coffee, lemon juice, bourbon, fresh garlic and rosemary – all British ingredients (apart from the bourbon and coffee) with no artificial flavours or ingredients. Bacon Jam is available to purchase nationwide exclusively at TESCO. RRP £2.99. Also available in Harrods and Selfridges and independent stores and farm shops across the UK; Eat 17’s Bacon Jam is gourmet food supplier Cotswold Fayre’s best-selling new line.

Designed By: Together Design 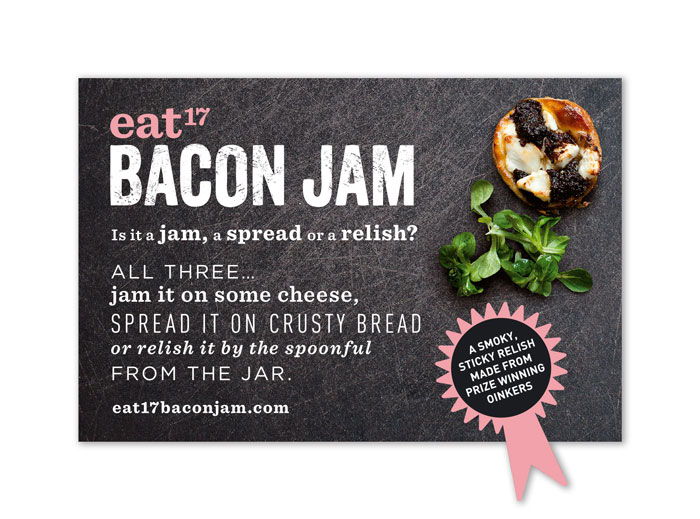 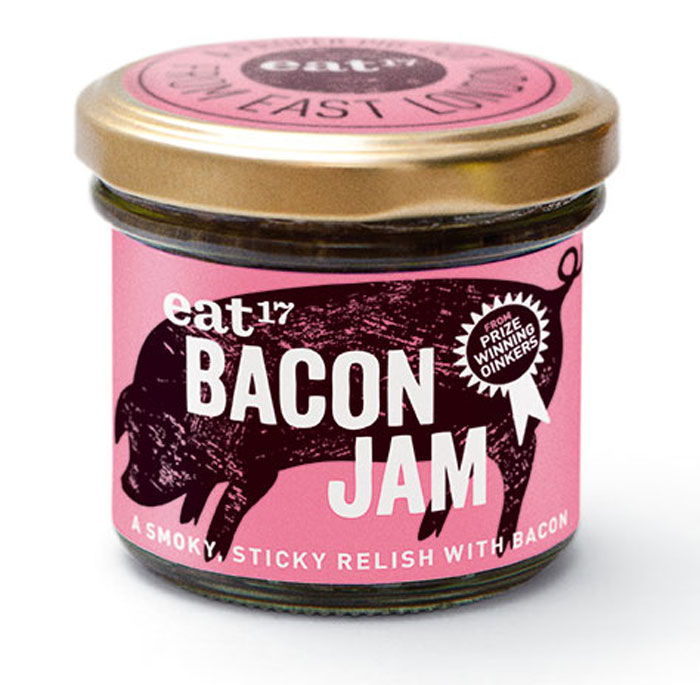 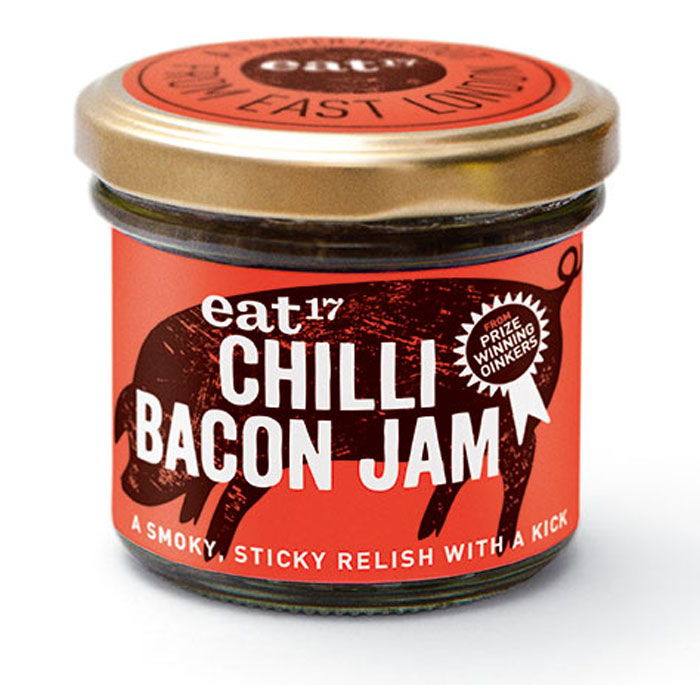