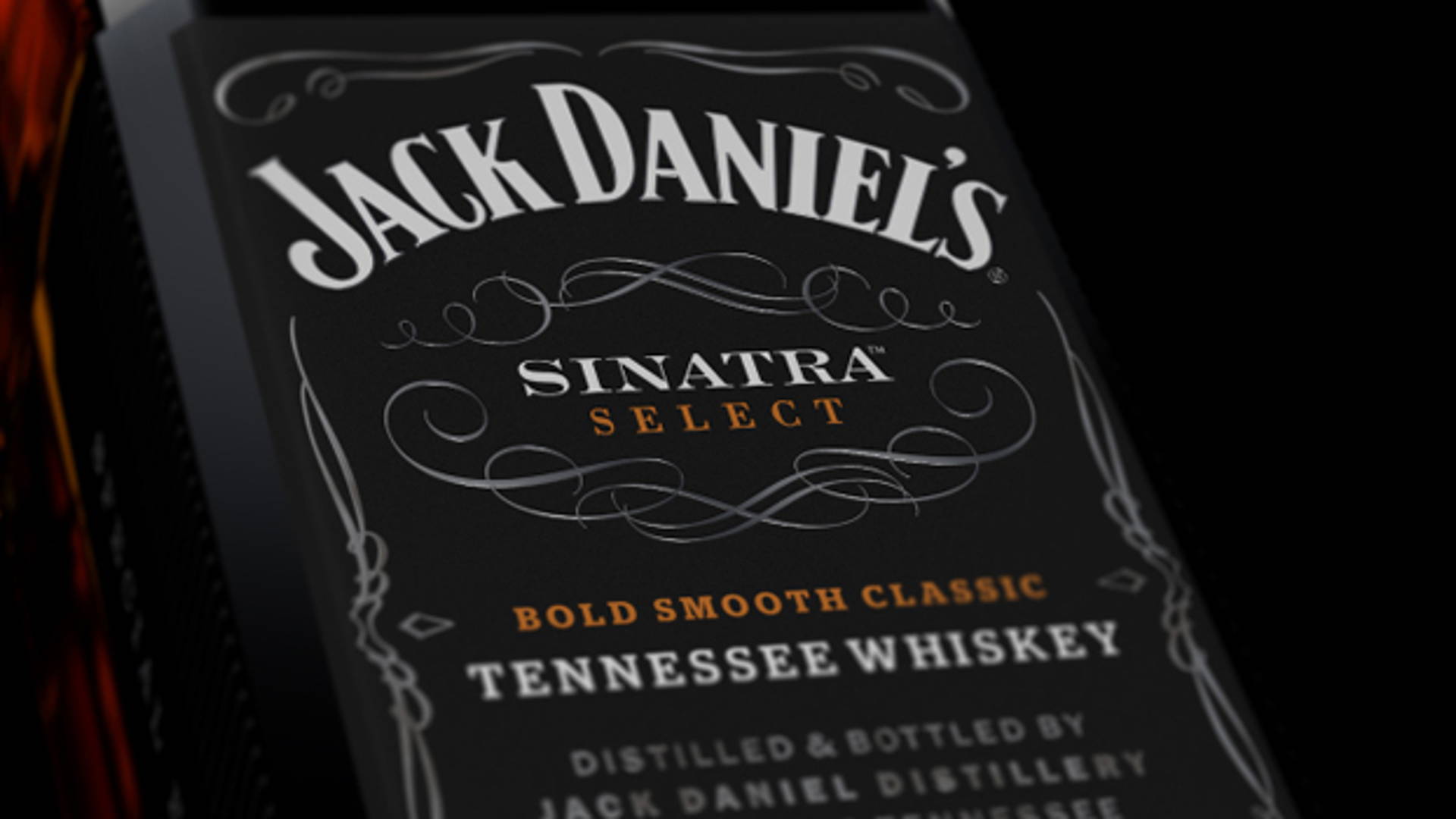 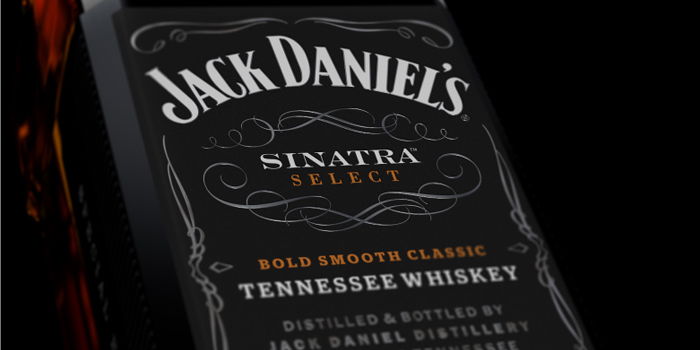 "Frank was a fiercely loyal, lifetime fan of the brand, and Sinatra Select was designed to be both a classic expression of style and an homage to two American icons. This exclusive outpouring of the distiller’s craft is matured in proprietary oak barrels for a bold flavor, timeless character and exceptional smoothness. Sinatra Select will be available at high-end retail stores and major airports worldwide, debuting in Las Vegas and later spreading to destinations including New York, London, Sydney and Singapore."

"Frank Sinatra lived a style that was truly his own. His independent spirit made him stand out in his time, and continues to distinguish him today. The design for Sinatra Select balances Jack Daniel’s legacy and Frank Sinatra’s legacy with a look that is sleek and stylish, a reflection of Sinatra’s timeless good taste.

The vessel designed for Jack Daniel’s Sinatra Select is a taller, sleeker interpretation of the Jack Daniel’s Tennessee Whiskey bottle, with a weighted base, an embossed metal shoulder label and a medallion featuring an icon of Frank’s familiar fedora.

Sinatra Select incorporates many of the brand's defining elements, and adds new ones specific to this expression. The capsule features the Jack Daniel's Country Club logo created by Frank to adorn a blazer he wore in the 1950s—a statement of his independent way of living.

Sinatra Select is packaged within a bespoke bottle made for this special edition product. The branded box incorporates a medallion with the Frank Sinatra fedora icon and orange ribbon. The color orange works as the perfect complement to Sinatra Select's classic black color palette. Sinatra said that orange is the happiest color, and often used a bright orange pocket handkerchief to add some pop to his tailored suits and tuxedos. Inside is a special book that tells more about the story of Frank’s fifty-year relationship with Jack Daniel’s.

This super-premium offering from Jack Daniel’s celebrates a man who lived without hesitation or compromise. The result is a distinctive expression of style and grace, in keeping with the kindred spirit that it honors." 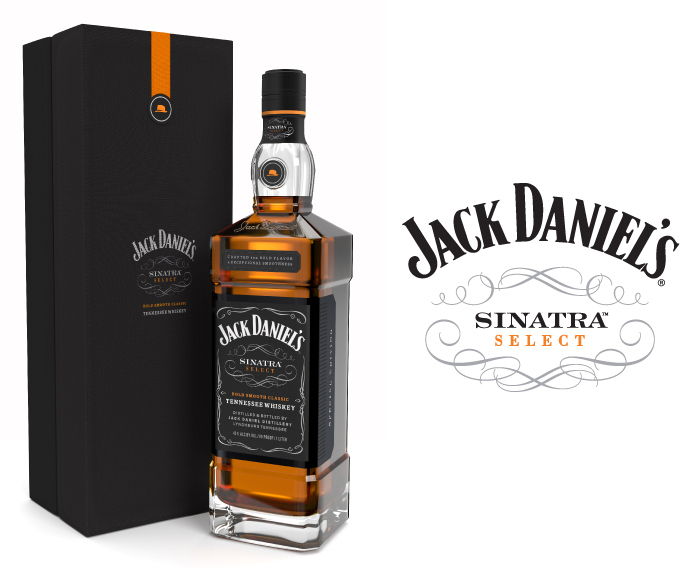 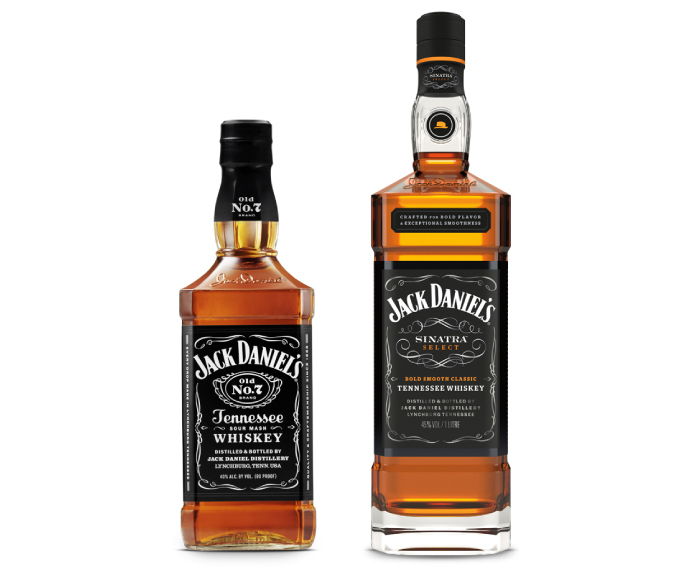 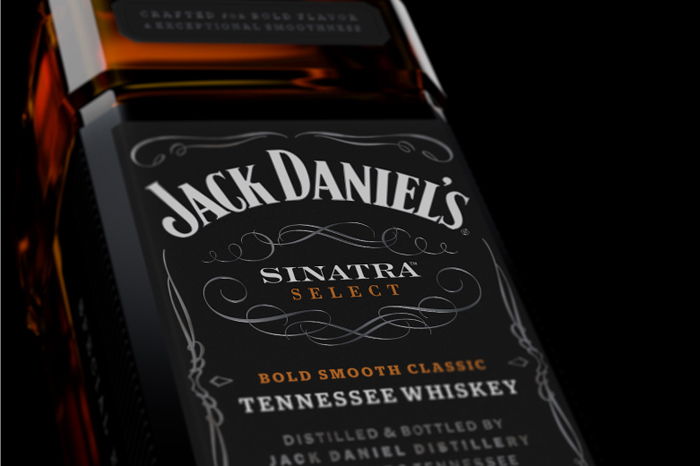 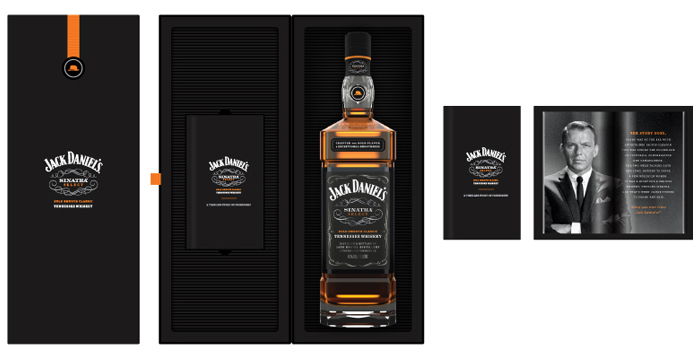