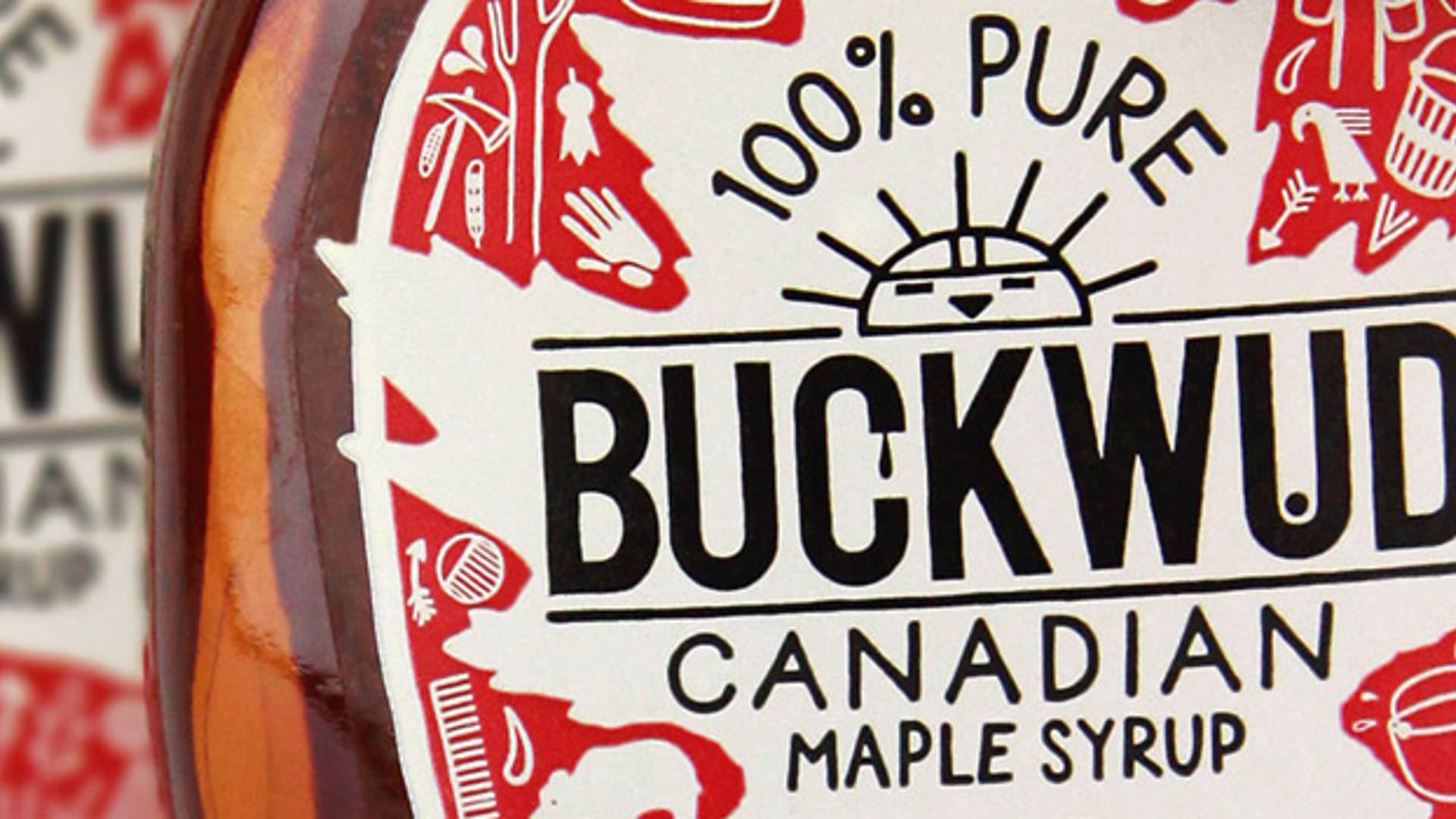 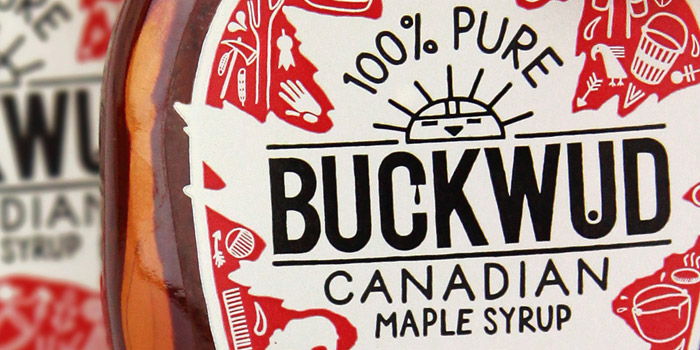 BrandOpus were briefed to create a new brand for a maple syrup being introduced to the UK market. Bottling the very best, 100% pure maple syrup, sourced and produced in Canada especially for the UK consumer, integral to the brief was capturing the true origins of North American maple syrup. it has been awarded a 2013 Design Effectiveness Award, one of the most prestigious awards in the UK design industry which reward the contribution of design to brands commercial effectiveness.

“Long, long ago the first people of the land that is now Canada discovered that when they pierced the bark of the Maple tree a magnificent sticky, sweet liquid trickled out. They tasted it. "It's Gud " they thought. They tapped the trees using Reed Funnels and collected the flowing golden sap. Turning it into delicious syrup. All they needed was a name. Naturally they called it 'Sinzibuckwud'. meaning 'drawn from wood'. Not much has changed in the way Maple syrup is produced today. Pure from tree to table.”

The ancient and labourous technique that the native Canadian used involved tapping and drawing 40 litres of sap from the tree, then painstakingly collecting and concentrating the liquid through evaporation to form just 1 litre of pure syrup. Nowadays producing maple syrup is less labour intensive, but the process is still restricted by the limited number of Maple trees in Canada and the six week season when sap can be harvested which makes maple syrup something rather special.

BrandOpus delved into the history of this valuable liquid so prized by the native Canadians, taking inspiration from and celebrating the time-old tradition of producing maple syrup, creating a brand story and identity, applying it across all touchpoints.

Respectful of the native Canadian culture, BrandOpus created a wider language of hand drawn pictogram symbols to communicate the artisan origins of syrup. The pictogram symbols feature on the front of pack, communicating the spirit behind Buckwud maple syrup, whilst on the back of pack a string of pictograms run around the edge of the label, depicting the order of the ancient production method.

The block printed style used on pack also reflects the handcrafted and down-to-earth values behind the origins of maple syrup. Whilst the Canadian origins of Buckwud are further emphasised with a key colour palette of red and cream, and use of the maple leaf.

Following BrandOpus’ work, the Buckwud brand saw major multiple retailers fighting over stockist exclusivity. Leading UK supermarket chain Tesco secured the right exclusively stock the maple syrup, and have placed Buckwud at the centre of their Shrove Tuesday celebration displays in store, encouraging consumers to try the syrup on their pancakes and driving sales for the brand.

33% increase in price point that the redesign allowed 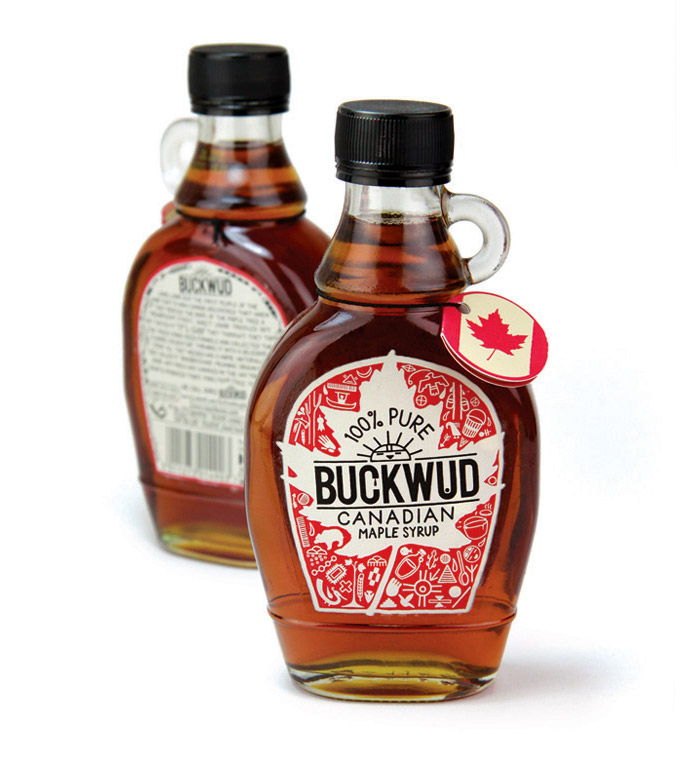 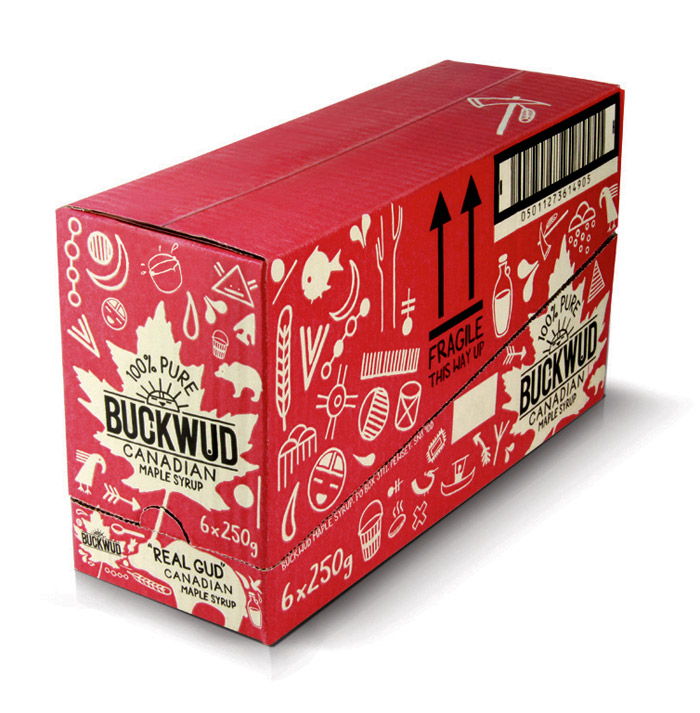 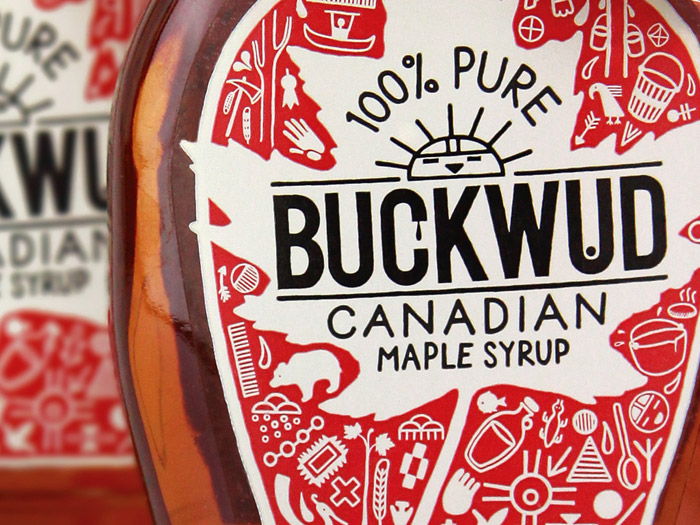 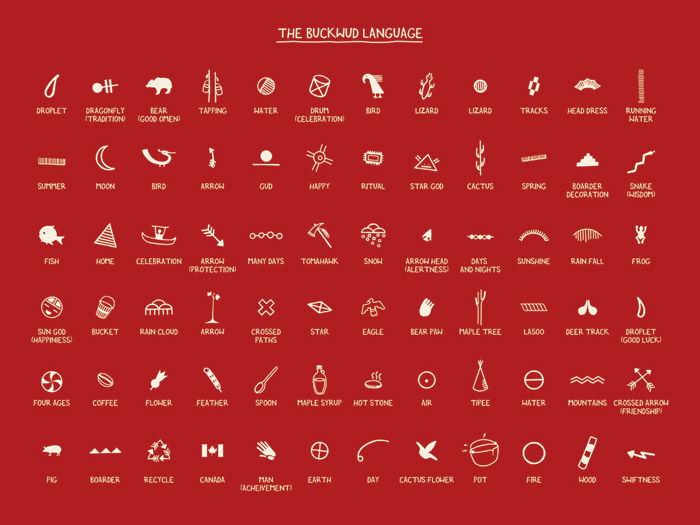 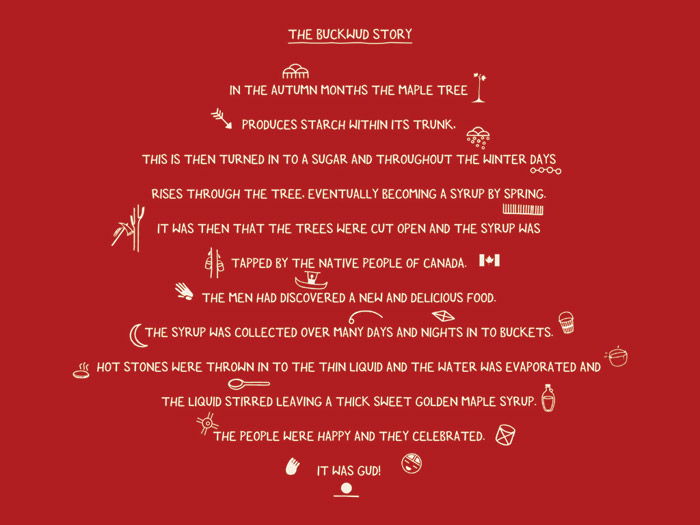