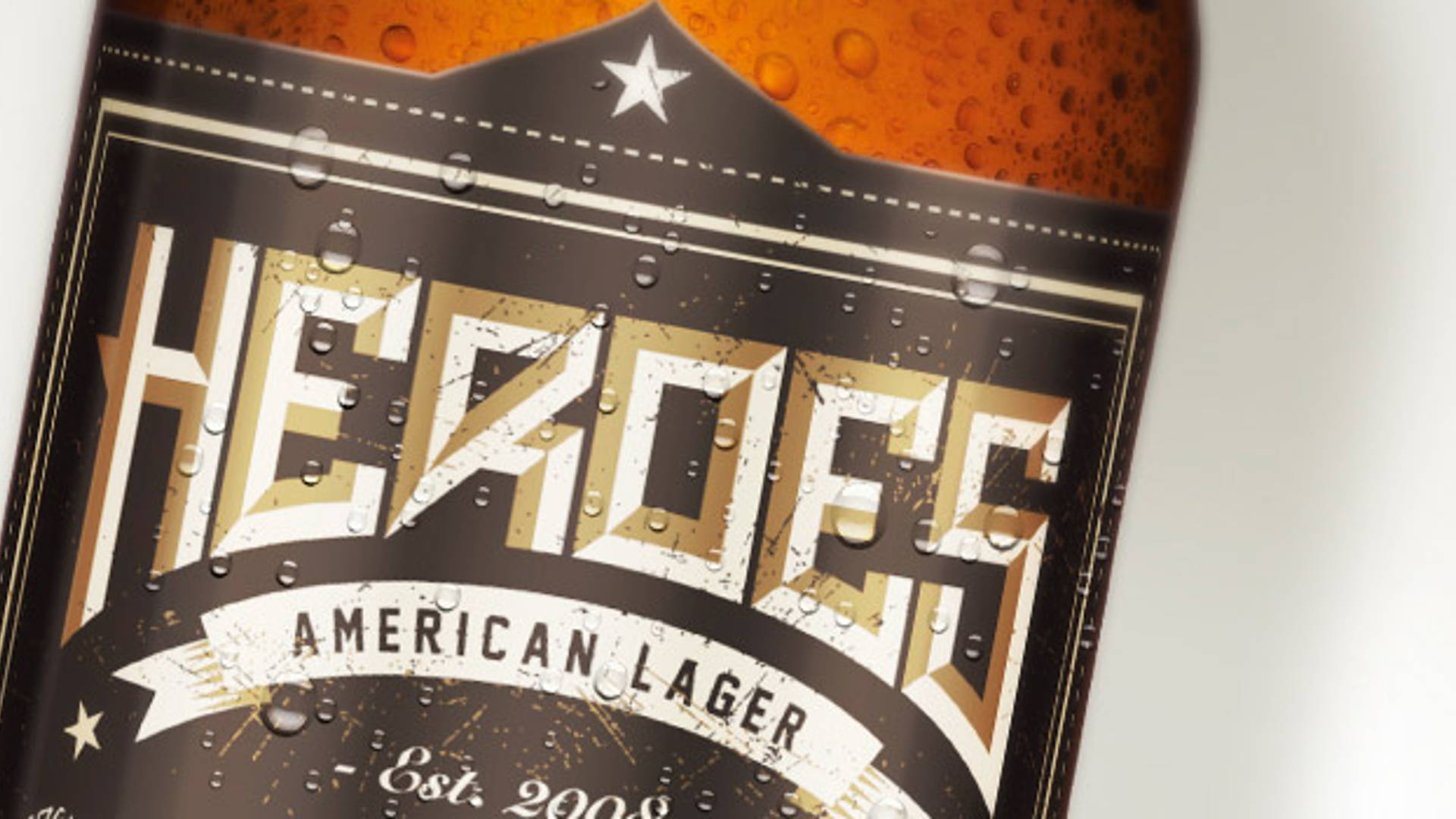 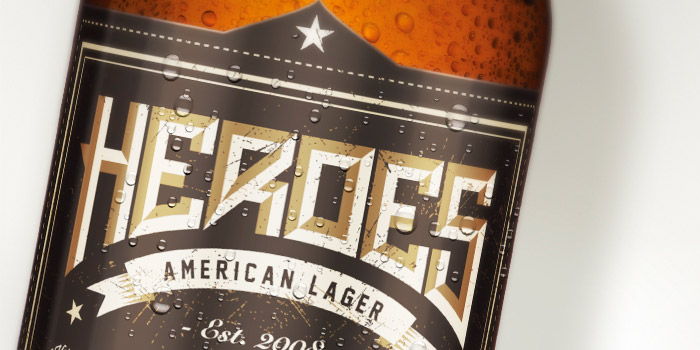 Appreciating the typography on this Lager bottle:

"Heroes American Lager was created in celebration of mid 19th century beer crafters who brought to America brewing processes practiced in Europe. Beginning with Gabriel Sedlmayr and later perfected in Bavaria by Josef Groll; these methods are now the foundation taken by our American brewers who proudly celebrate the old-time beer heroes of the past centuries." 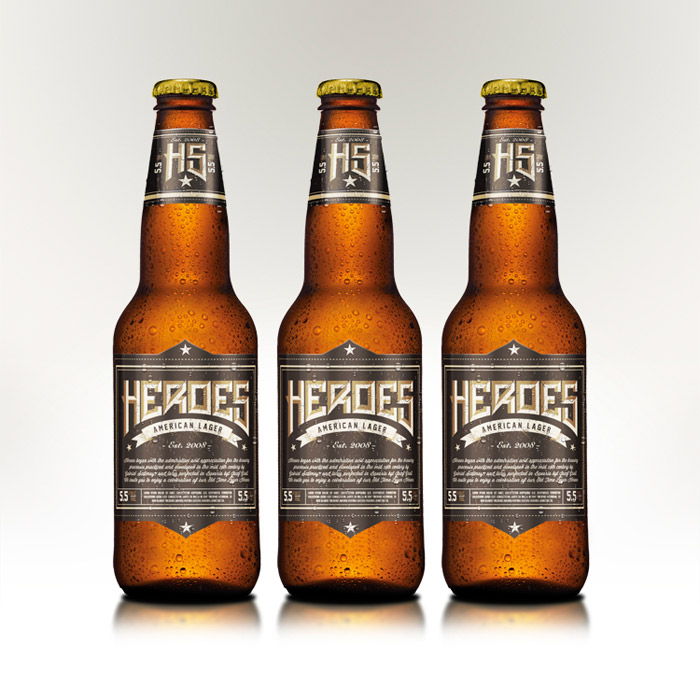 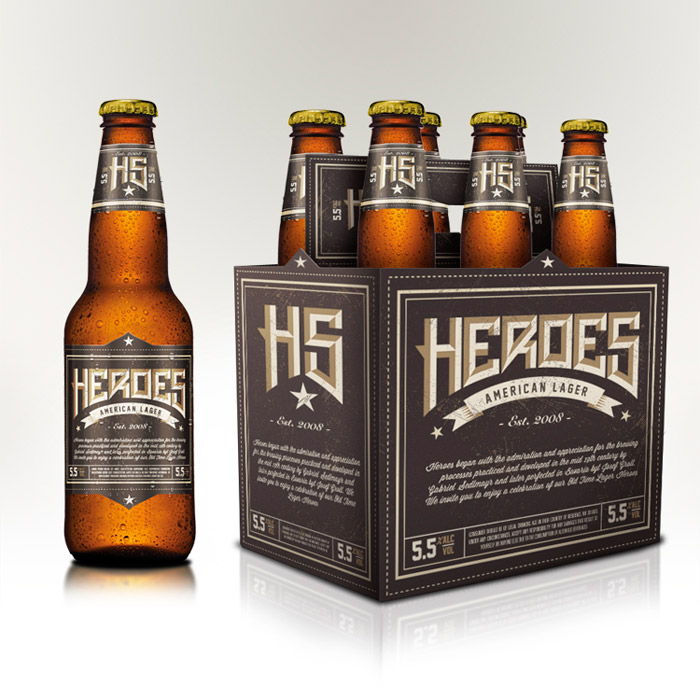 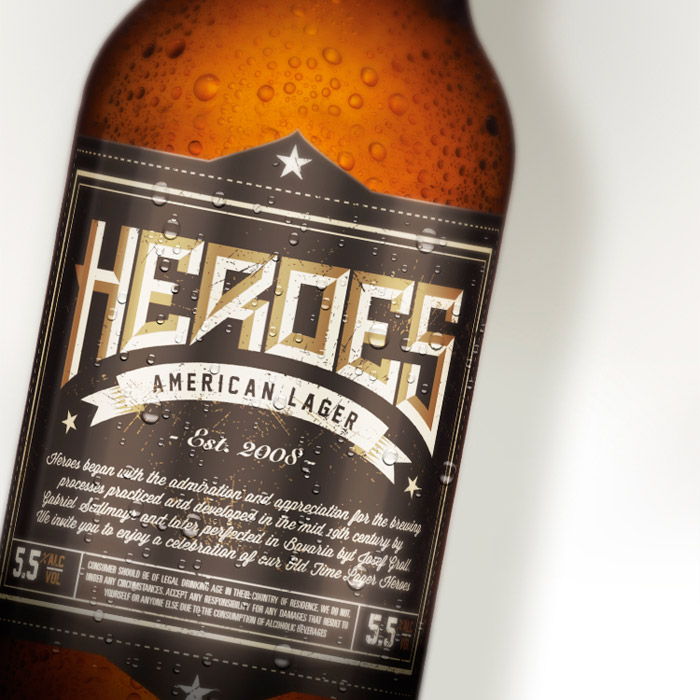