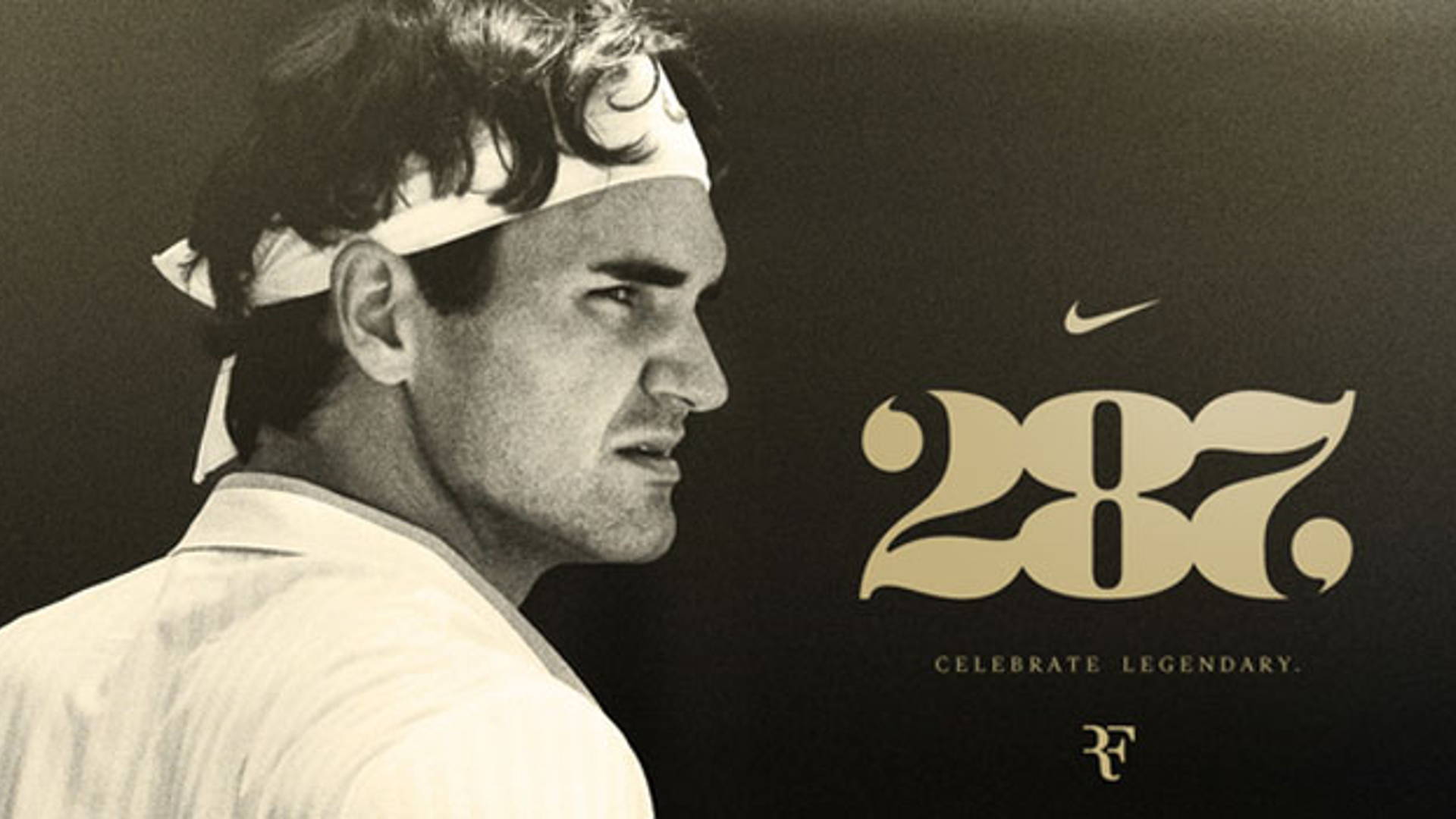 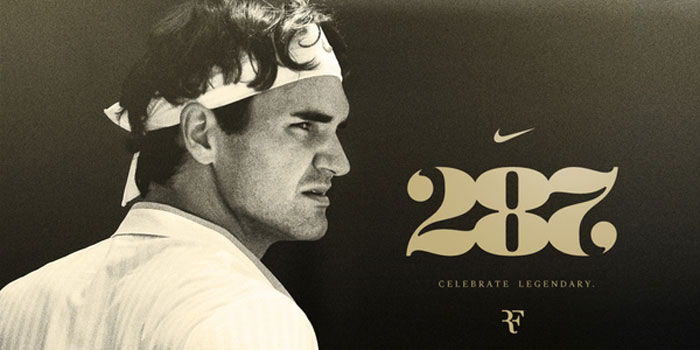 Portland Deisgner, Darrin Crescenzi partnered with Nike Tennis created a limited-edition series of Roger’s signature Zoom Vapor 9 Tour shoe. Check out the beautiful typogrphic work as well as the subtle pattern used on the box as well as the insole.

"On July 16, 2012, Roger Federer surpassed Pete Sampras’ record for most weeks as the top-ranked tennis player in the world. With his 287th week as the world’s No. 1, the Swiss maestro further cemented his status as the greatest of all time.

To commemorate the occasion, I worked with the Nike Tennis team on a limited-edition series of Roger’s signature Zoom Vapor 9 Tour shoe, limited to 287 pairs (one for each week on top of the rankings). I created a custom ambigram logo, pattern and special packaging — inspired by the back of playing cards — to honor the achievement.

Inside the box is a signed note from Roger, which reads:

“This limited edition pair of Nike Zoom Vapor RF287 celebrates a milestone that represents so much to me for a multitude of reasons.

Knowing all that comes with holding the #1 position in Men’s Tennis — for the first time, the longest time, the most times — with respect and honor, I continue.” 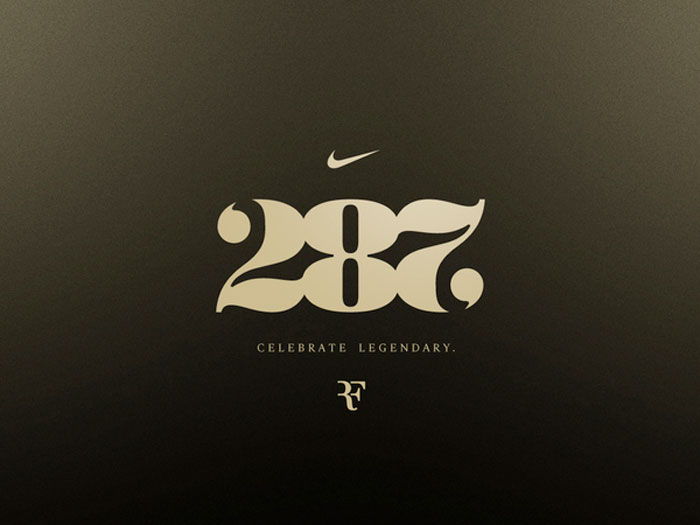 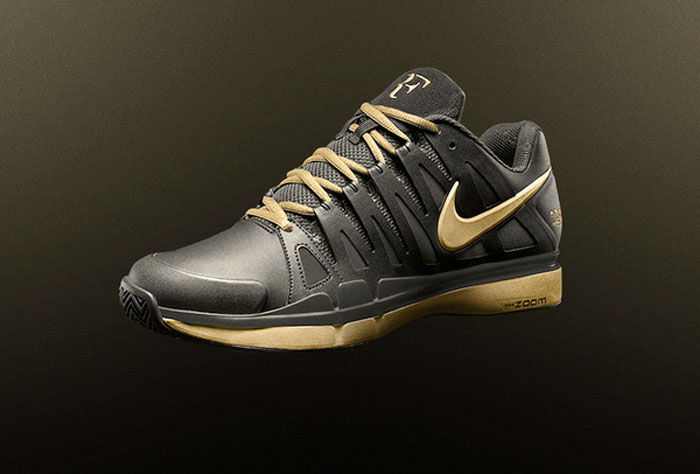 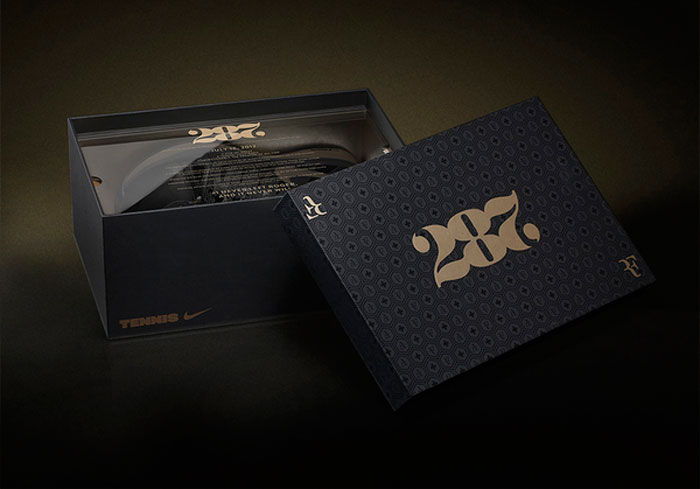 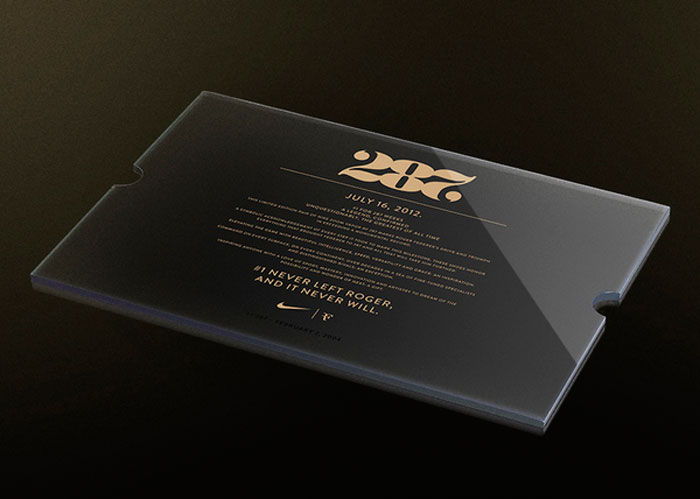 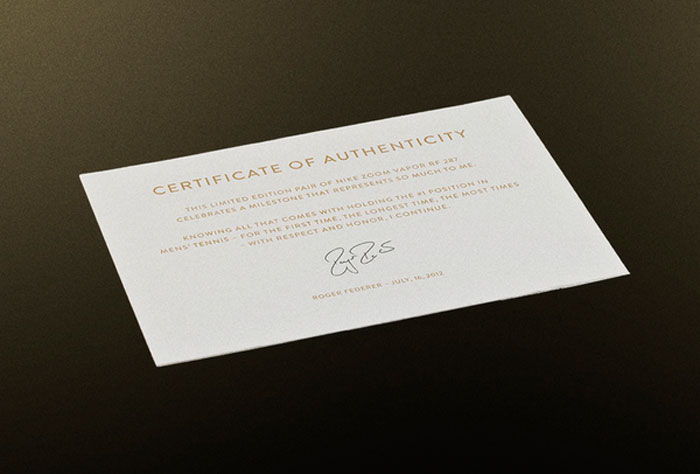 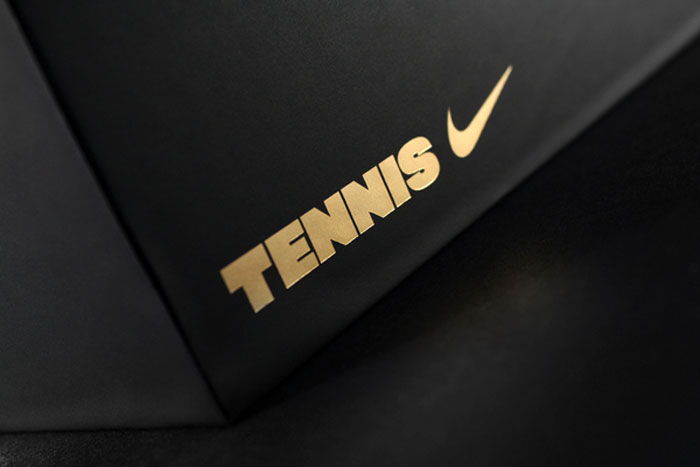 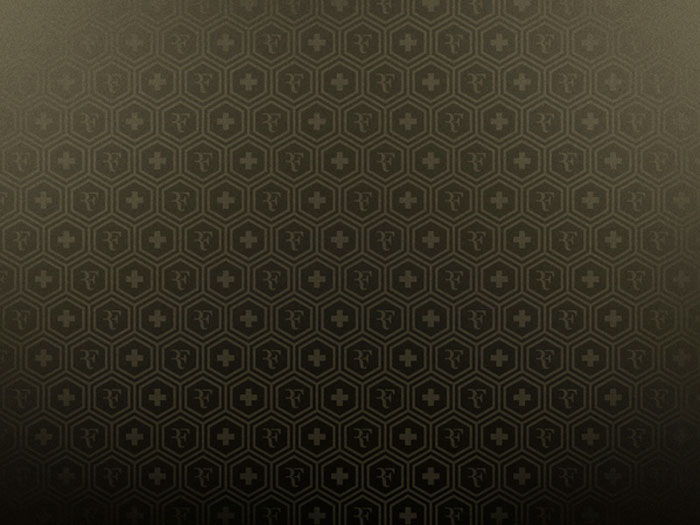