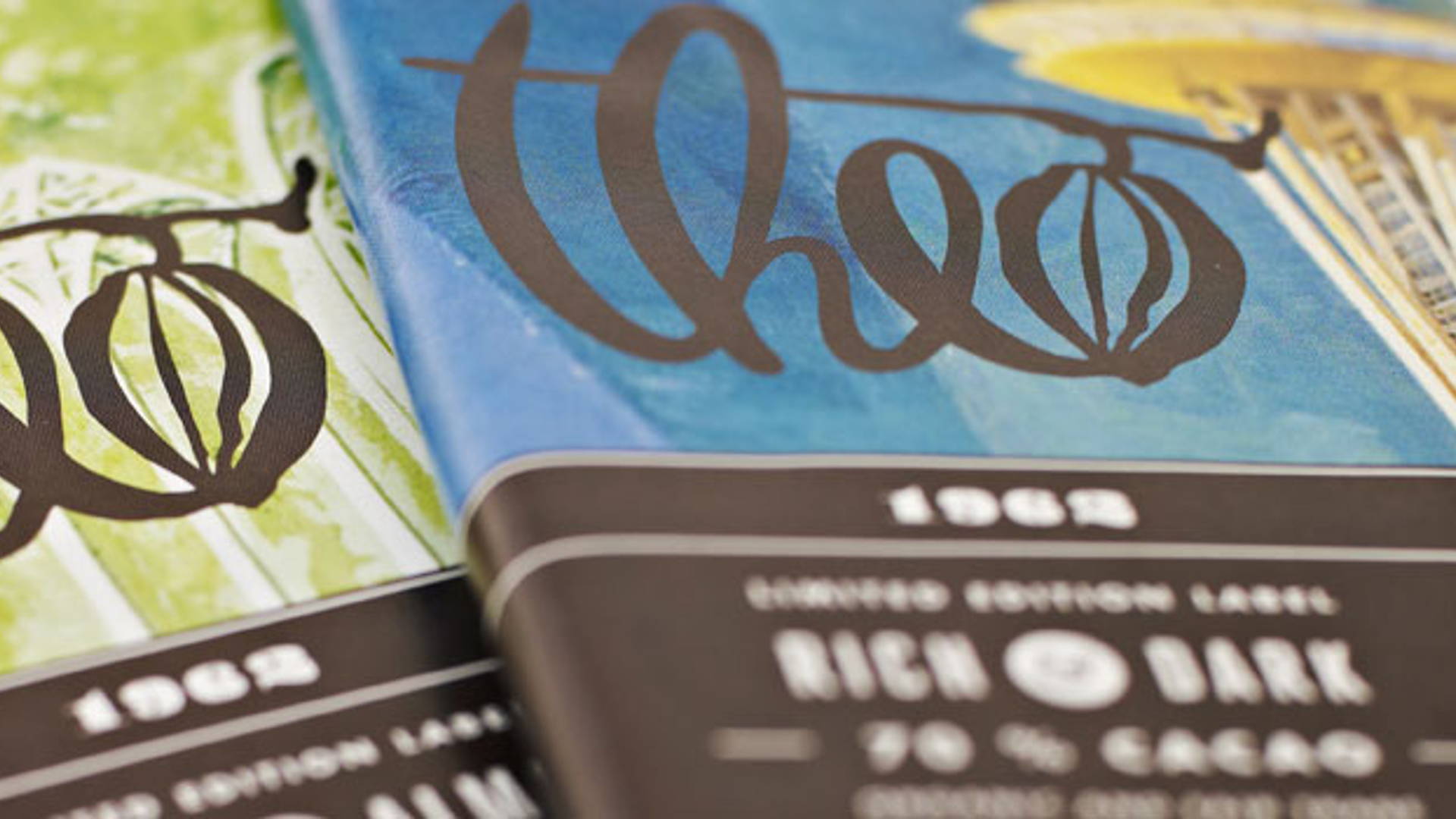 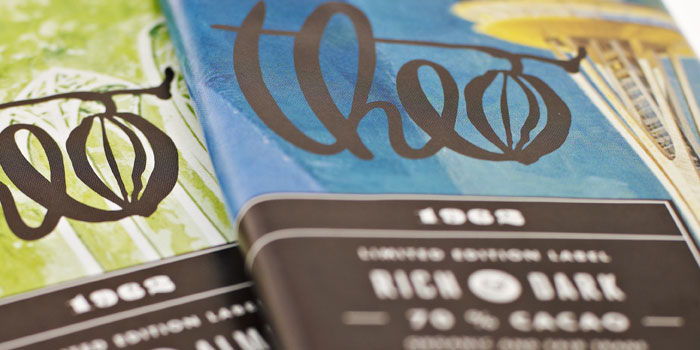 I was given a handful of vintage World's Fair imagery to work with but was drawn to a stylized rendition of the Science Center and the vintage color palettes. We wanted these limited edition labels to represent the next fifty years of innovation for Seattle while also commemorating the last, so striking a balance between vintage and modern was important. The style of the era’s art already set a specific tone, and it was fun to further explore and play with accompanying type. Analyzing old advertisements from the early sixties provided further inspiration, and in particular, the use of symbols and type. Ultimately, limited edition labels are always an exciting break from the regular brand design guidelines. Typically, our brand is more sensual, illustrative and whimsical, so it was fun to work with such a clean, modern look while drawing inspiration from an era gone past."Designed by Kelly Thompson of Theo Chocolate, Inc. Original illustration provided by World’s Fair promotional brochure and Earle Duff. 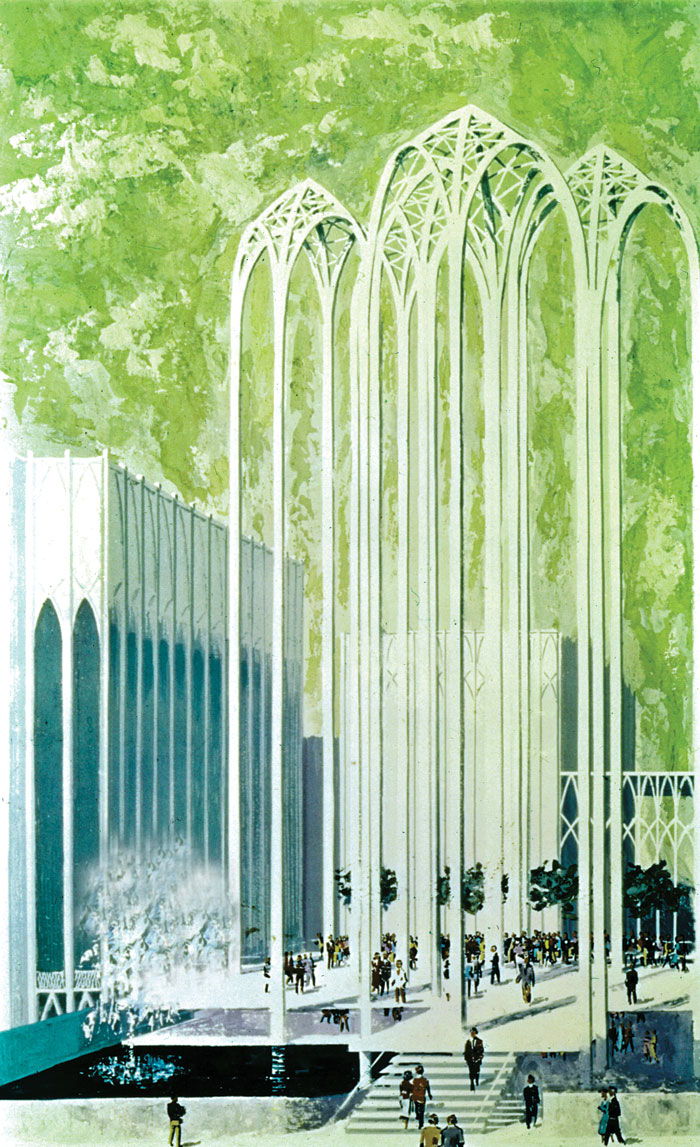 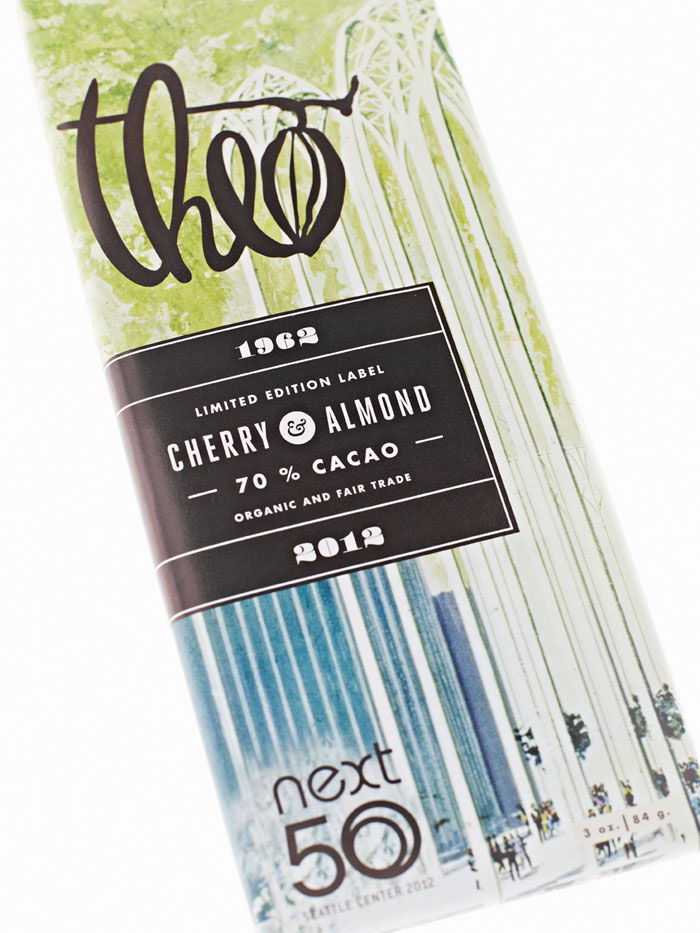 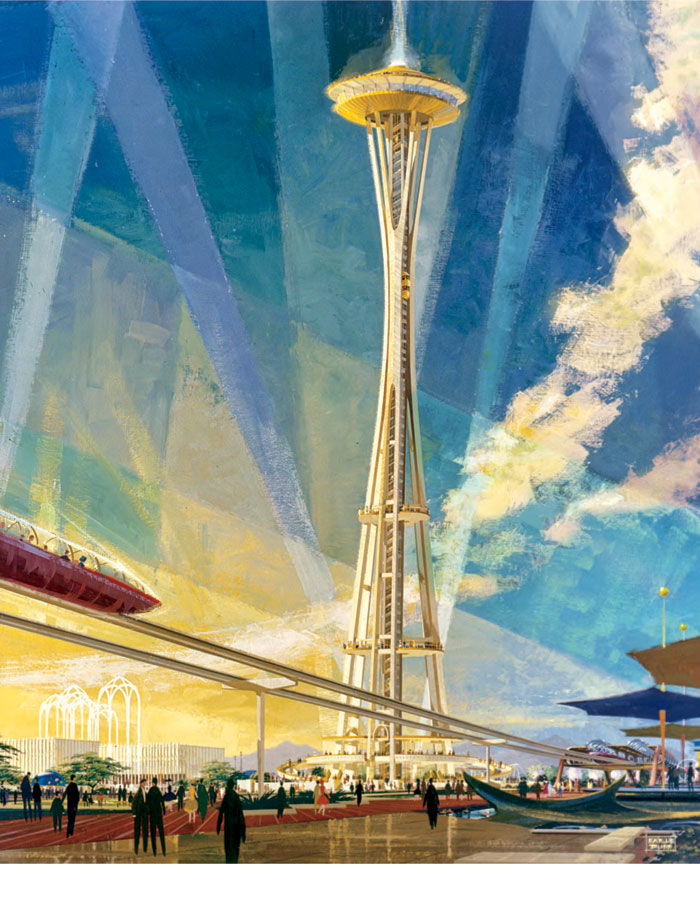 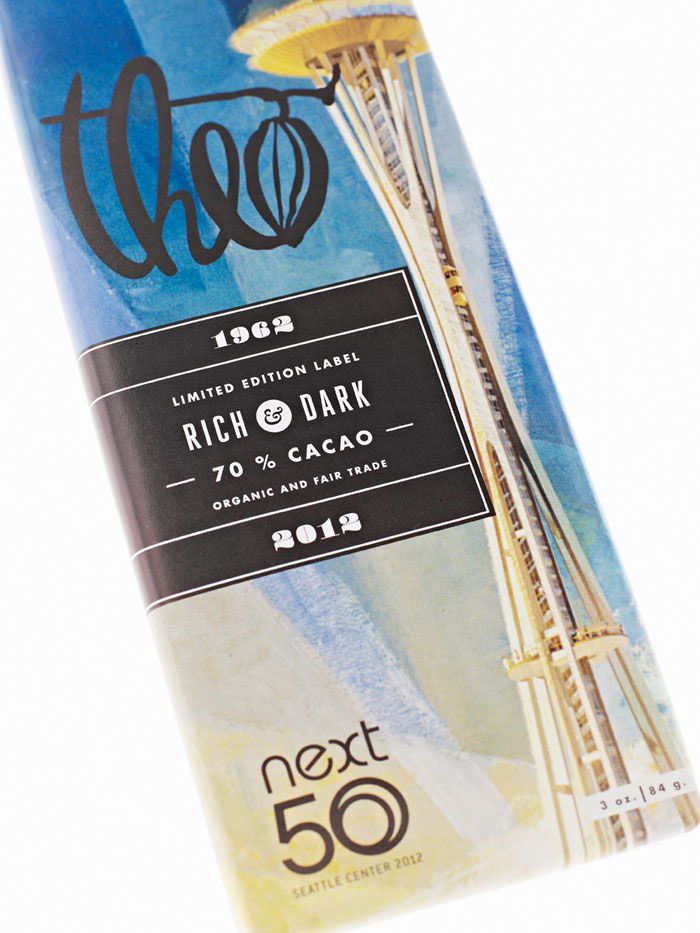 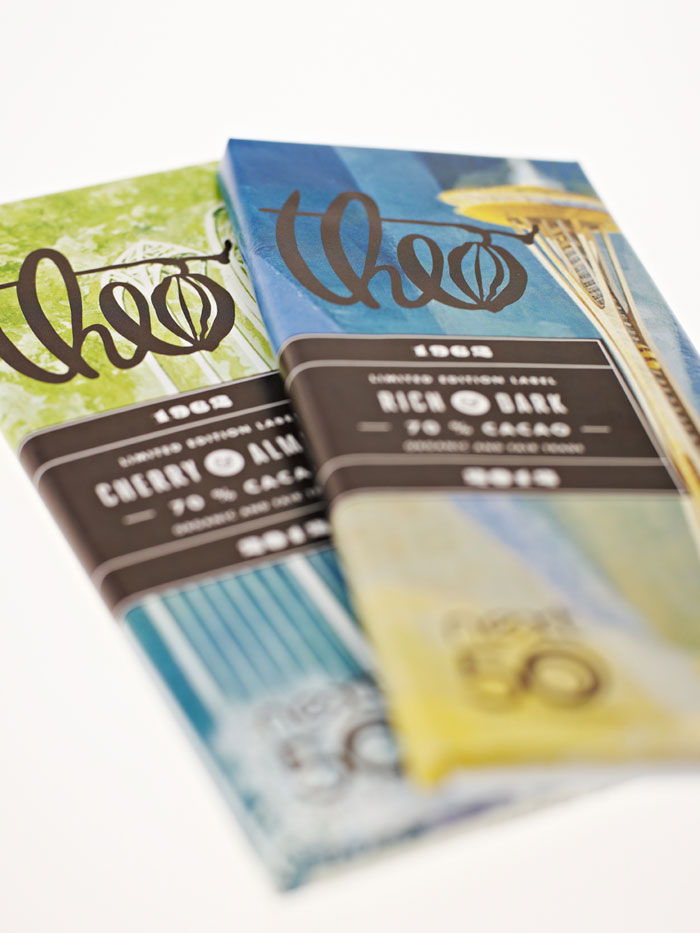 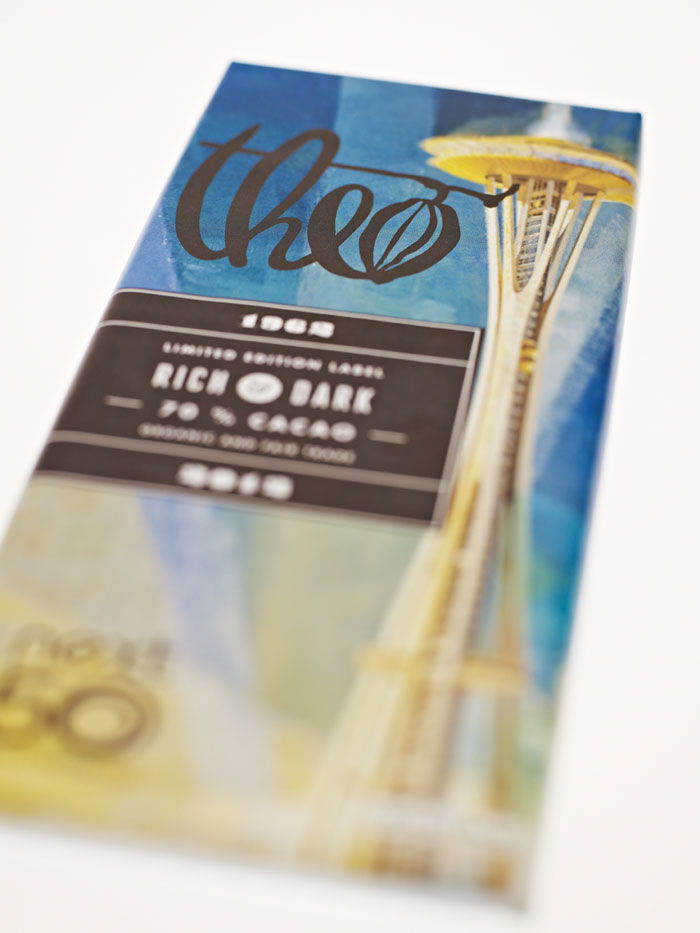