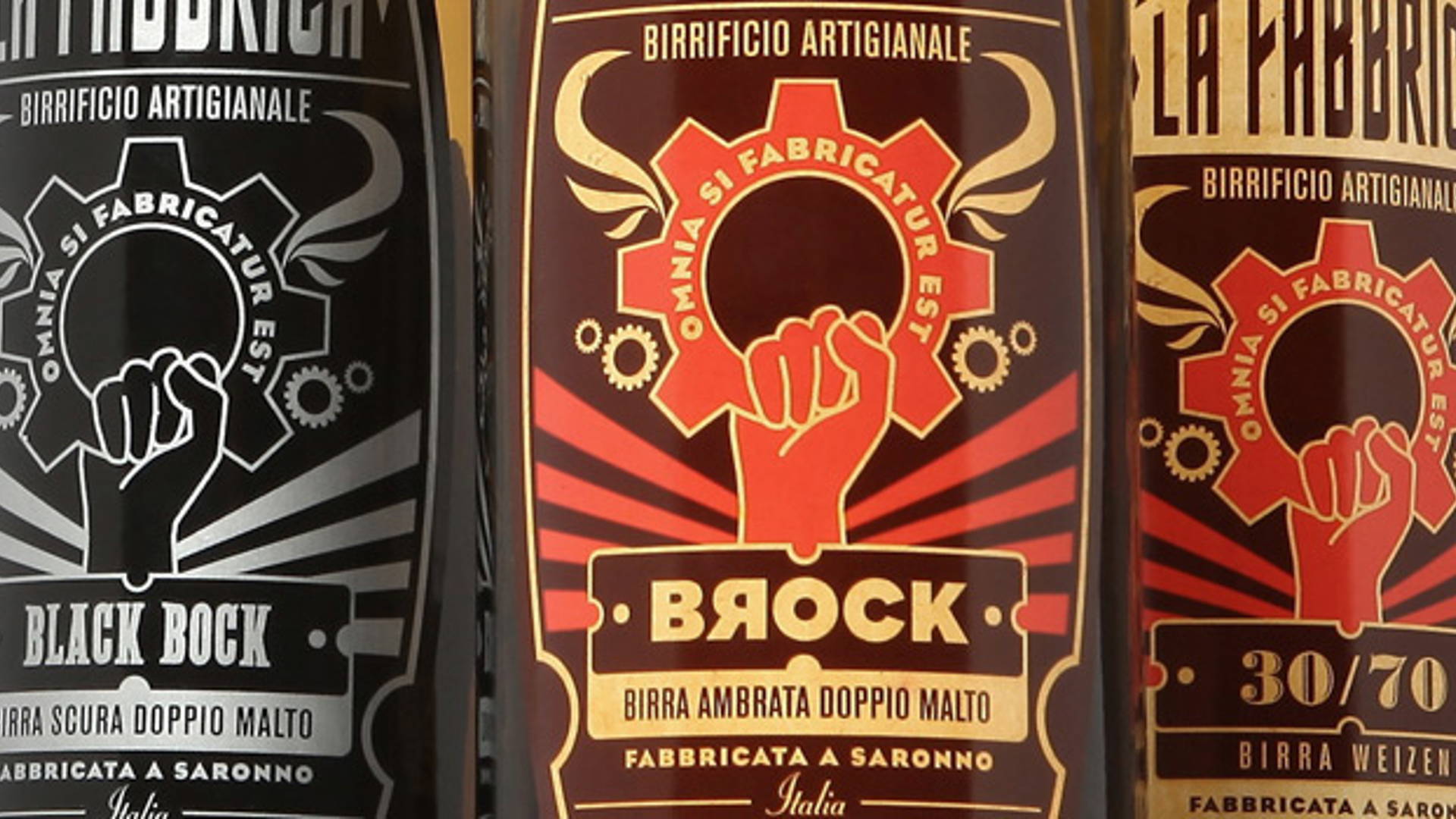 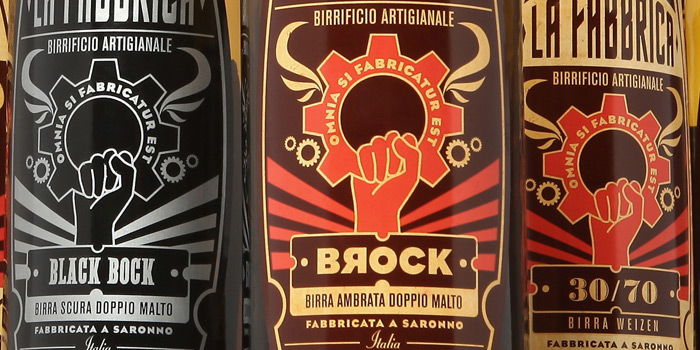 "Packaging for an italian craft beer called “La Fabbrica” (which in italian means “The Factory”). The design had to convey the feeling of historical tradition and modernity at the same time. The style chosen was that of early 20th century socialist propaganda and labor movements posters. The same design was declined for the different kinds of beer, maintaining the principal elements and changing fonts and colours." 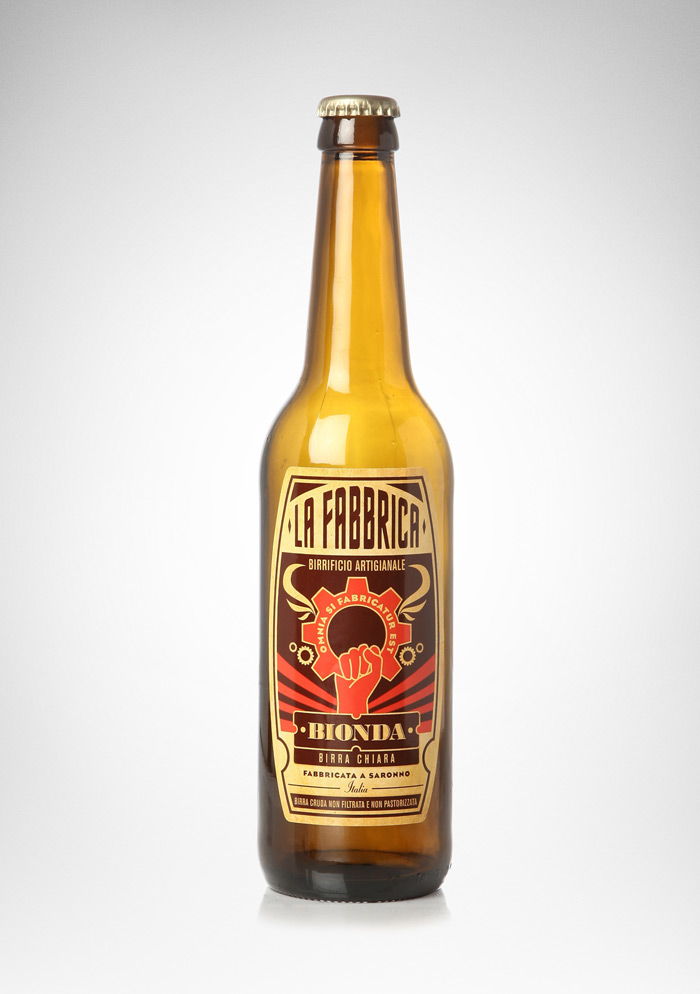 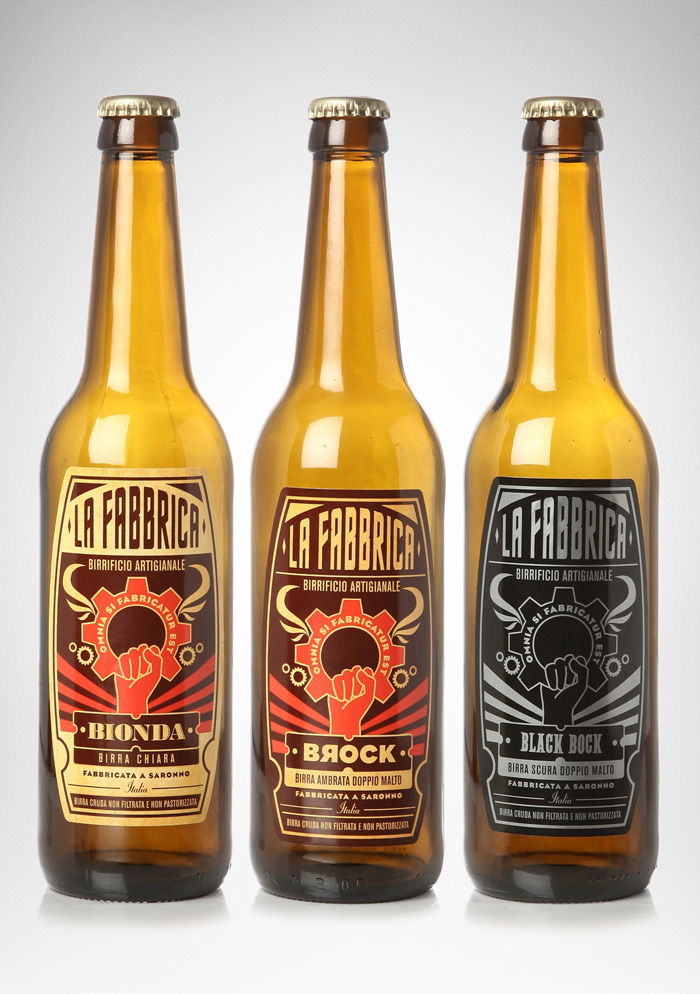 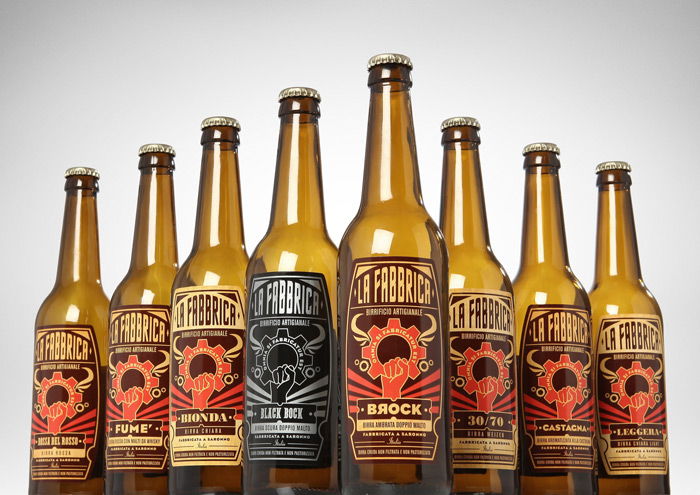