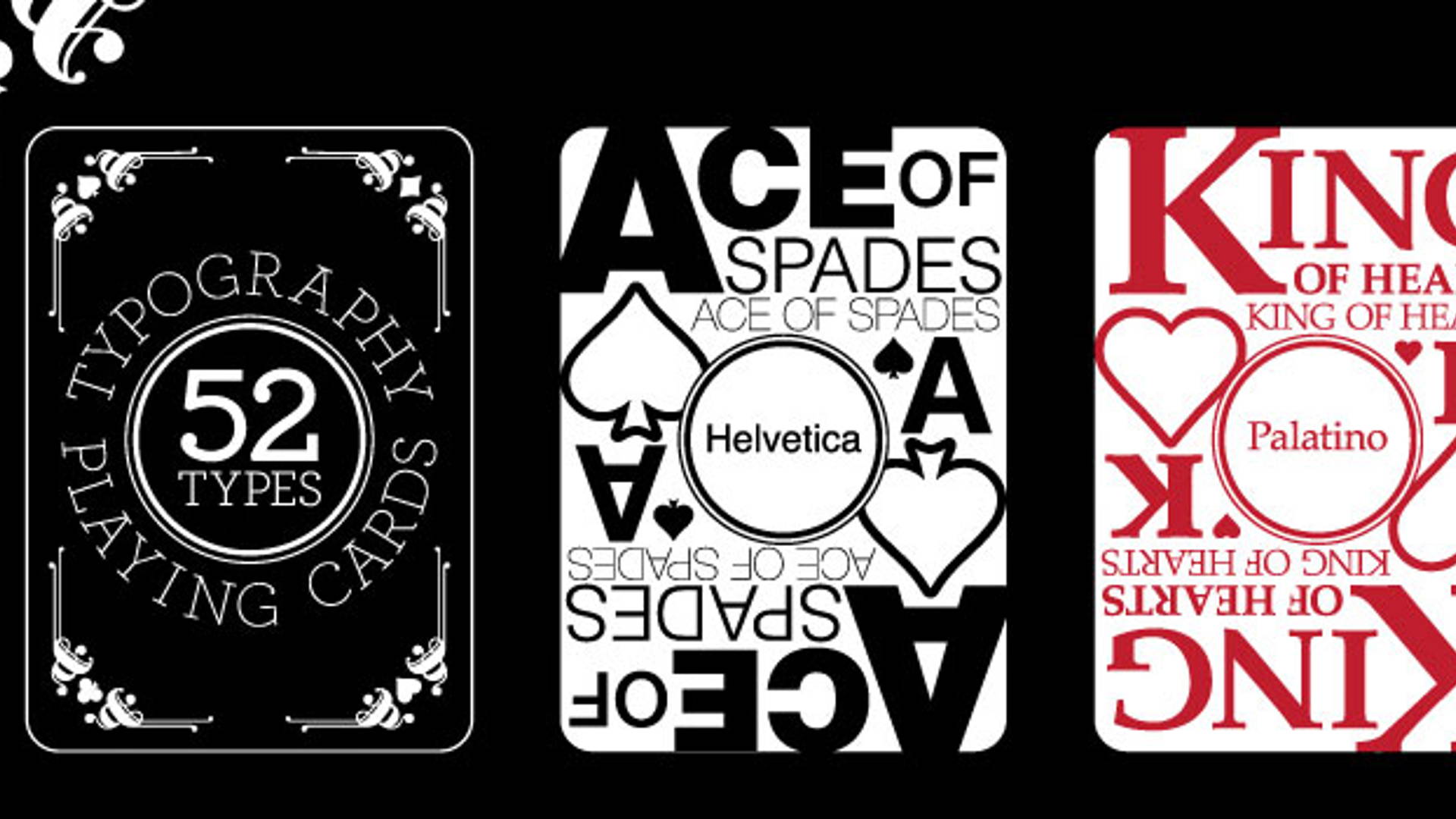 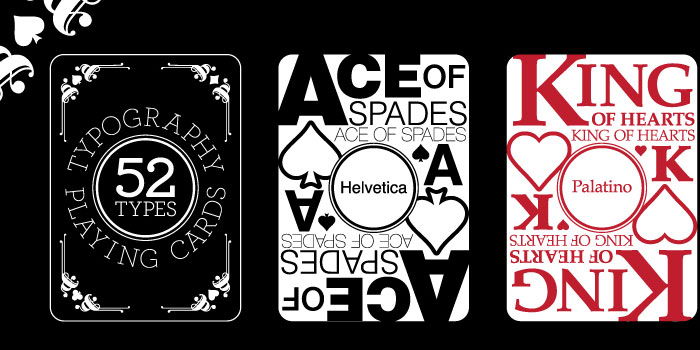 The 52 Types deck of playing cards was created as a quick reference tool for designers.

Each card is designed with its own font. Ace through jack shows the majority of each font’s family while ten through two was given a more radial design. The cards were designed to still be used as a traditional deck of cards while doubling as a cherished item by designers. This project was accompanied with a poster showing the entire deck. Earlier this year it was awarded with a Golden Addy in San Diego's local round. Designed by Adam Bauer. 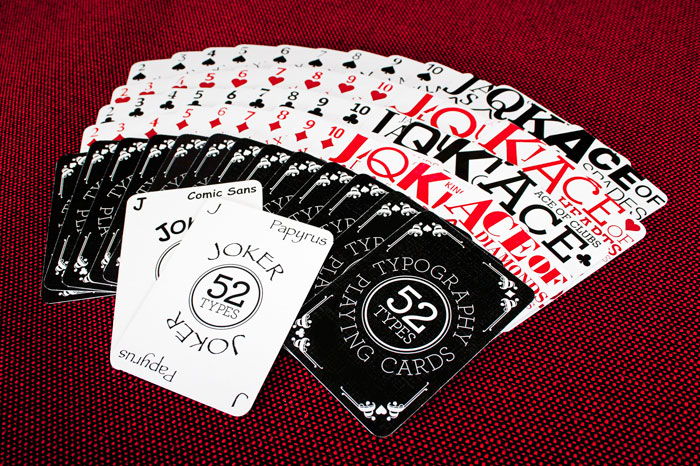 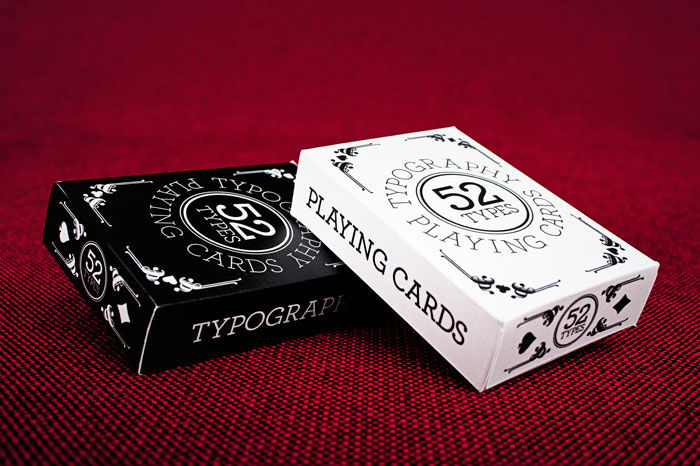 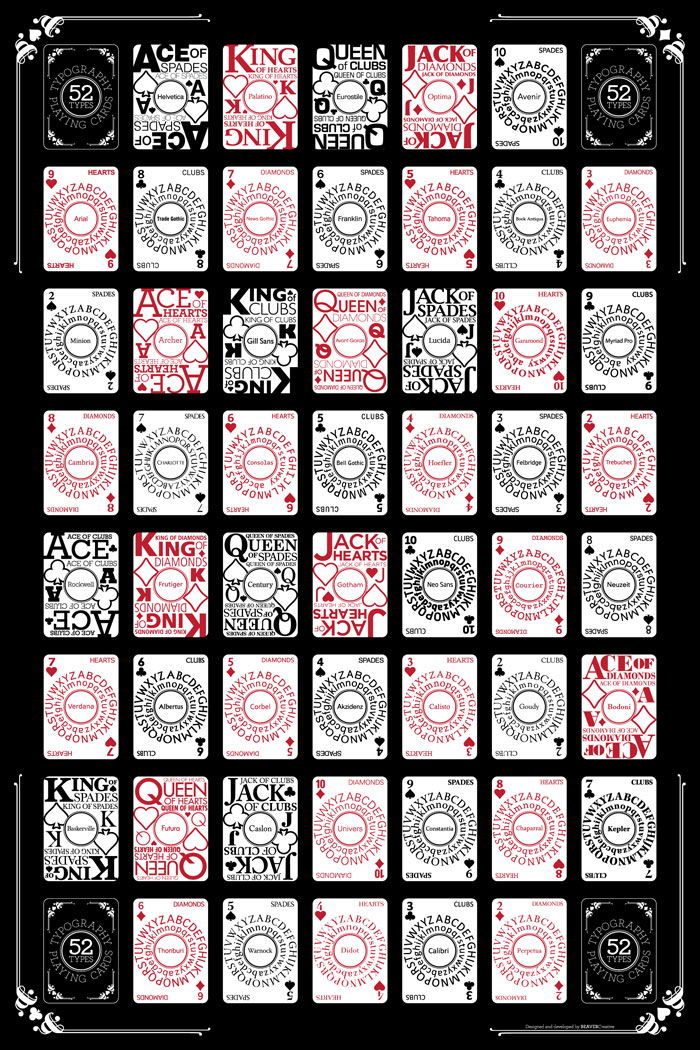 The Dieline Forum: The Schedule is Here!