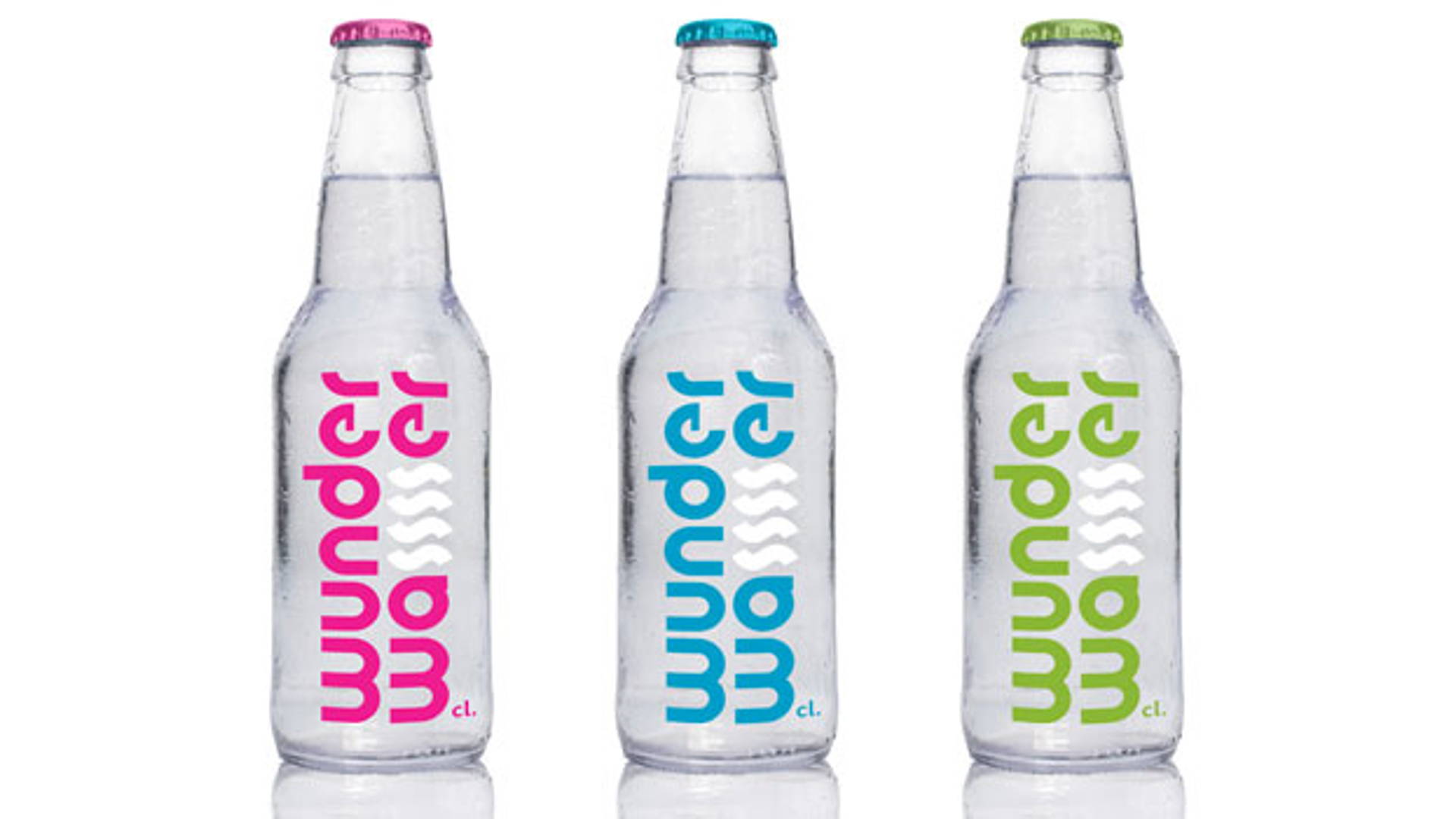 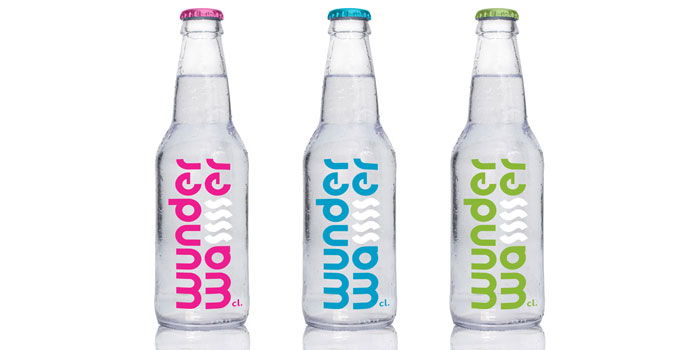 Water with an awesome message behind it. Check it out below.

Wunderwasser teamed up with Danish prize winning water company Iskilde to create 3 variants of water: one with oxygen, one with gas and one with gas and lime."During the process, we had to make some decisions, that changed the original design: After several months of working on the right concept for charity, we ended up with the conclusion, that for every bottle we can sell, the Danish Refugee Council can make 150 litres of water in Africa (right now, the Horn of Africa). They recieve about one third of the profit."

" To strengthen the message, we wanted the story to be on the front side of the bottles, So the sentence “150 liters of water for chaity” (in danish) should be integrated in the logo design. Second, the type of water (oxygen / gas / gas & lime) should be readable on each bottle. And then, to be competitive in retail, we would have to make the bottles half liter plastic bottles. I wanted a form that could accommodate as large a logotype as possible, so the choice of bottle shape became a cylinder form. "

Thank you to Nanna Grunwald for submitting this project to us. 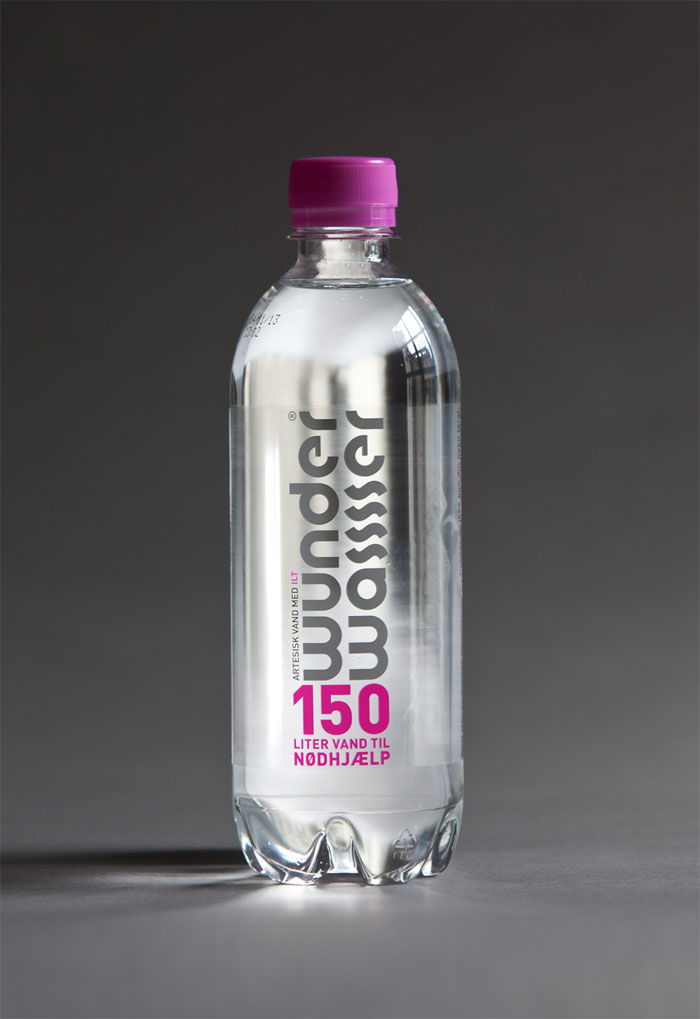 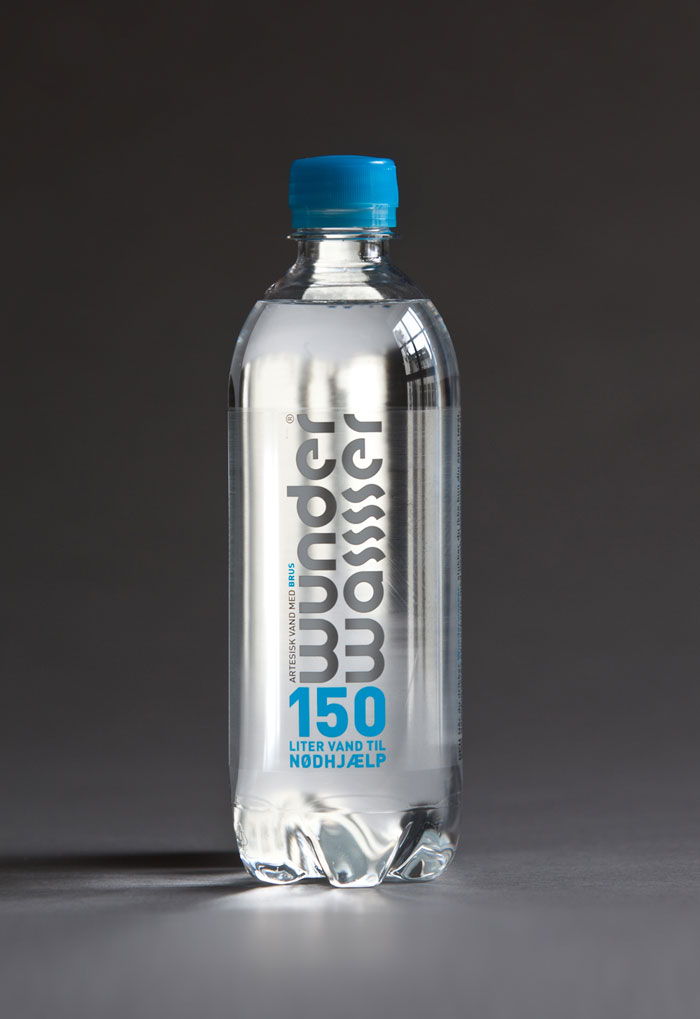 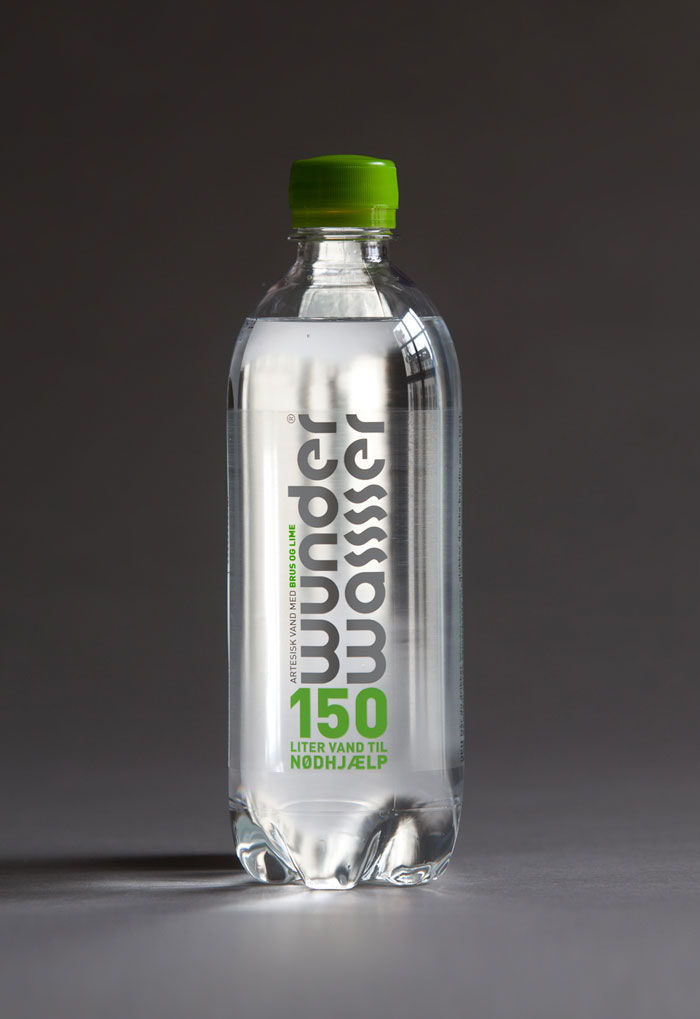