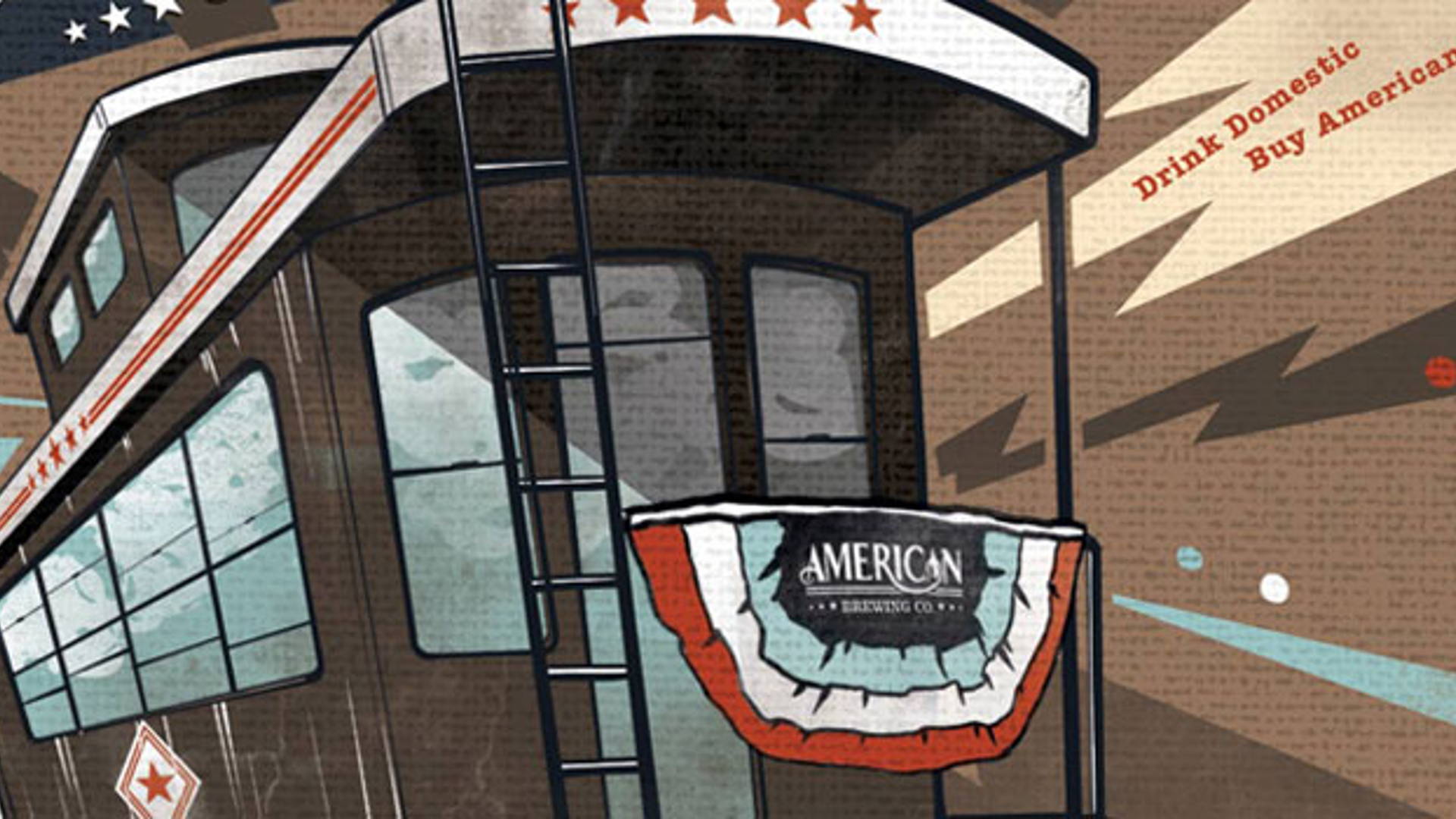 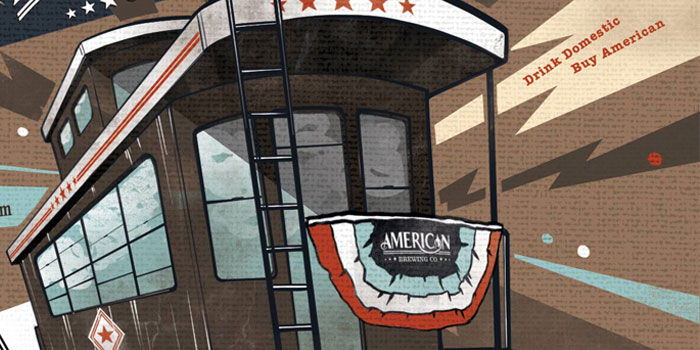 "Five months after opening, American Brewing Co. approached Taphandles to modify and expand on their master brand logo. They knew in order to succeed in the current craft beer market, they needed a brand that captivated and connected with consumers. The inspiration for American Brewing Co.’s brand comes from post-war advertisements, mid-century Americana, and celebrating national pride in American brands through story telling and community. Taphandles partnered with the founder of American Brewing Co., Neil Fallon, to develop the themes that eventually became the foundation for their brand.

After their branding update, American Brewing Co.’s immediate need was labeling for their flagship beer, Breakaway IPA. Influenced by Americana, fireworks packaging, and the head brewer’s love of hockey, the label design personified the brewery’s name with a tasteful nod to the colors of the flag. The tap handle is a three-dimensional ambassador for the label, assuring that anyone who’s enjoyed the bottled beer will be able to recognize the tap in a bar. The top half can be removed and used as a shotgun tap.

The American Blonde Ale illustration evolved from the tasting notes of the beer, which sounded a lot like the description of an All American Girl: blonde, attractive, athletic, and laid back. The caboose theme was part of American Brewing Co.’s concept for their Oatmeal Stout from the beginning—their brewery is located next to a train station. The illustration was inspired by the decoration of presidential trains during campaign tours, with the colors reflecting the deep color of the beer." 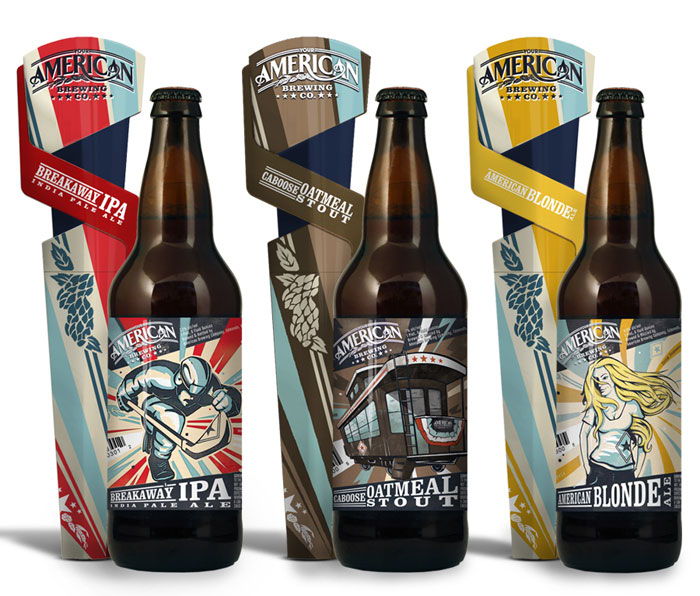 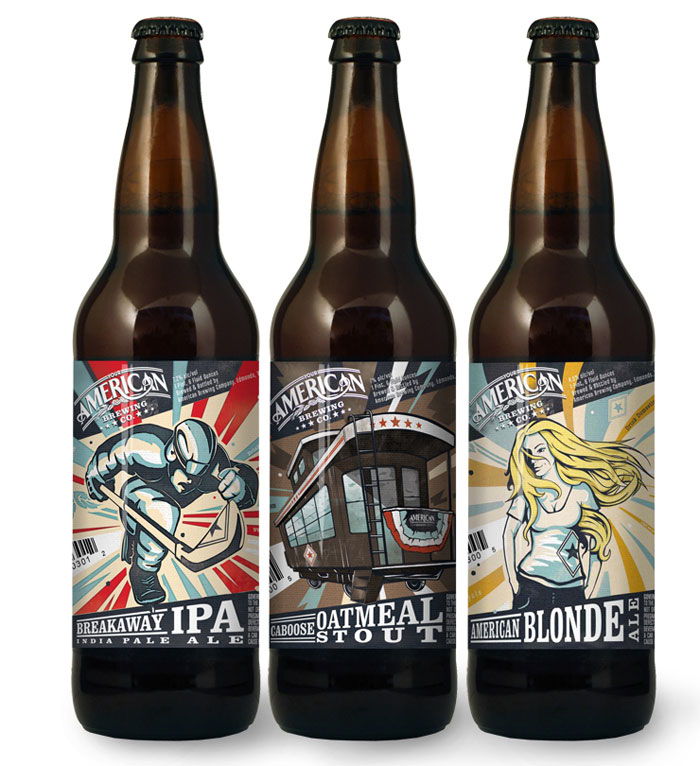 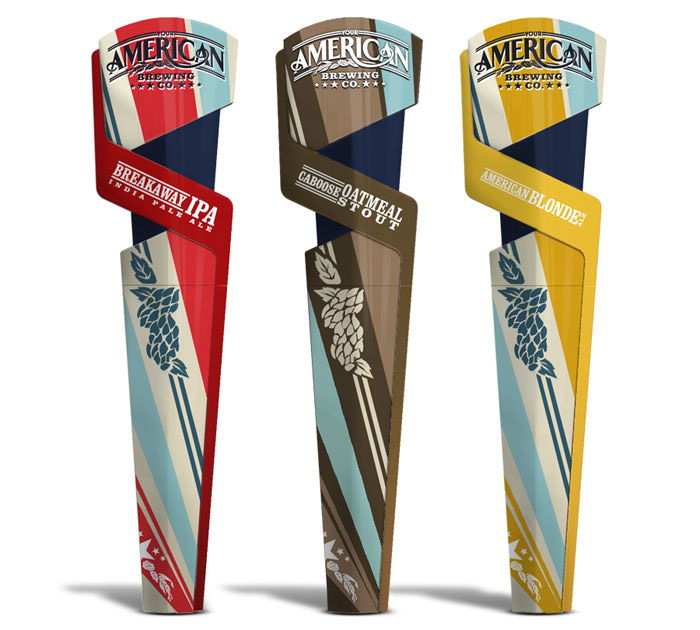 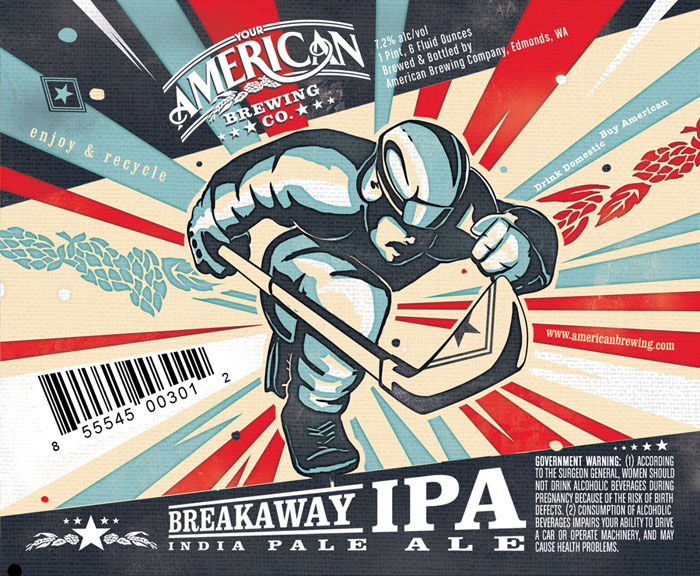 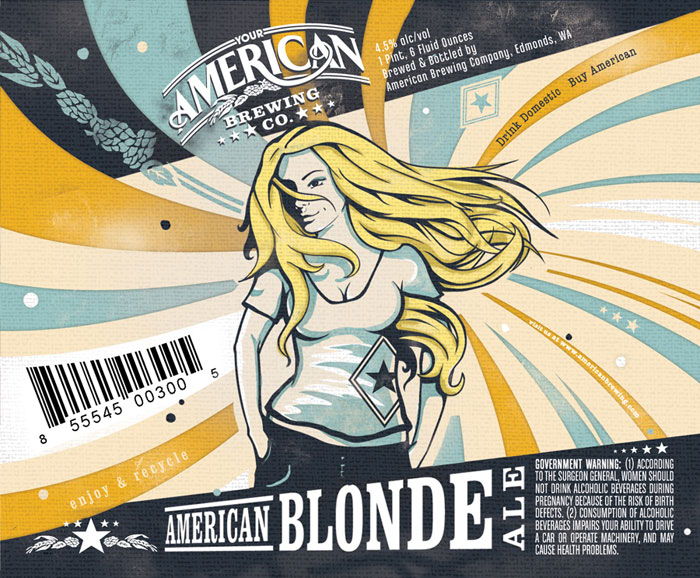 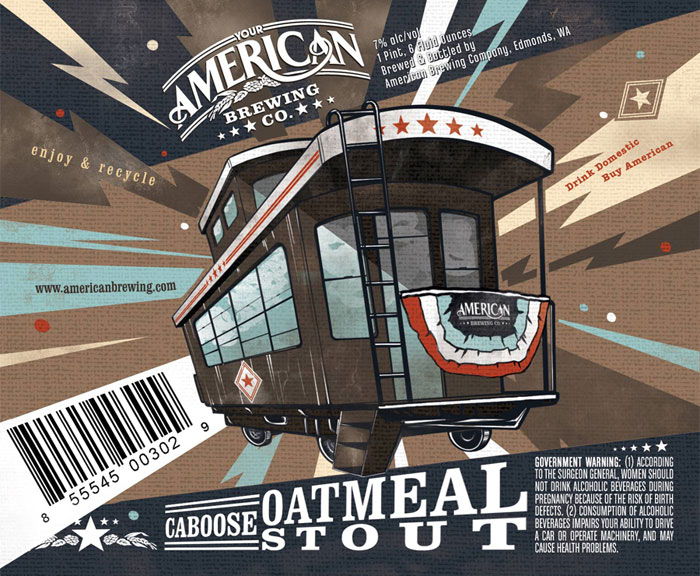