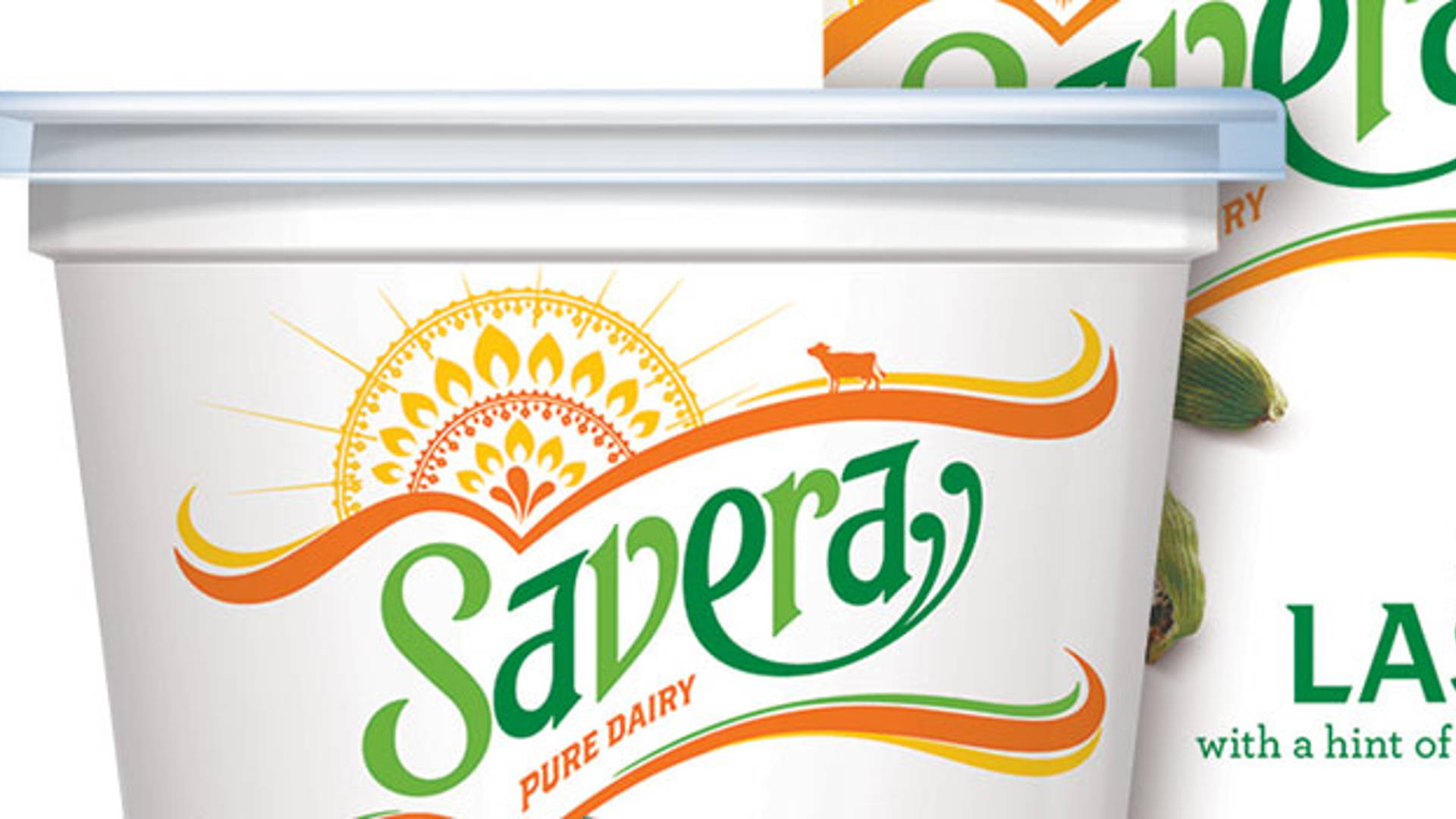 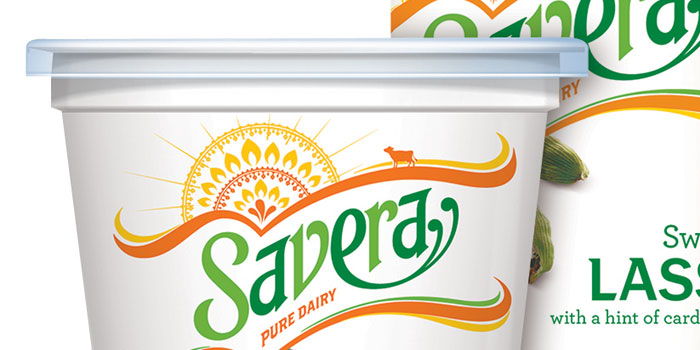 "Arla Foods has announced the launch of its new Indian dairy range, which will give Indian consumers the chance to buy authentic fresh Indian dairy produce in mainstream supermarkets."

"Savera – meaning  ‘new dawn’ or ‘morning’ in the Hindi language – was co-created with consumers and Indian chef, Ajoy Sachdev, after three years of research and development. The range has been created to fill the gap in the market for a high quality range of authentic Indian dairy produce, widely available in Britain’s main supermarkets, as identified through extensive consumer research.

Brand agency Dragon Rouge led the creation of the brand positioning, product platforms, name, identity and packaging for the Savera range. The design uses colours that reflect the Indian flag whilst retaining the white and freshness associated with dairy. The name was chosen specifically with the Indian population in mind: although Hindi in origin it is widely understood in all Indian languages and is memorable and pronounceable for ethnic food lovers too." 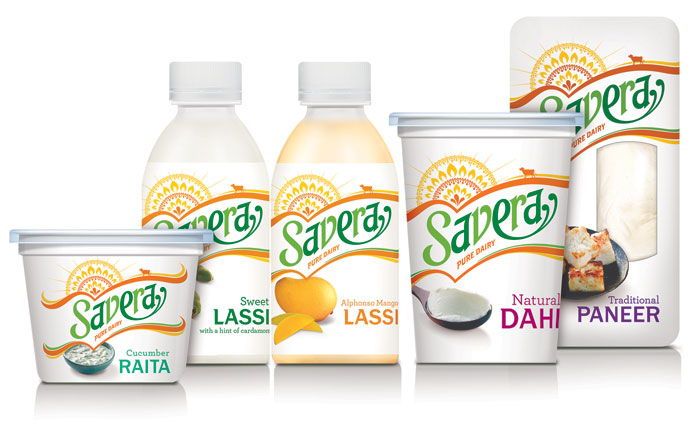