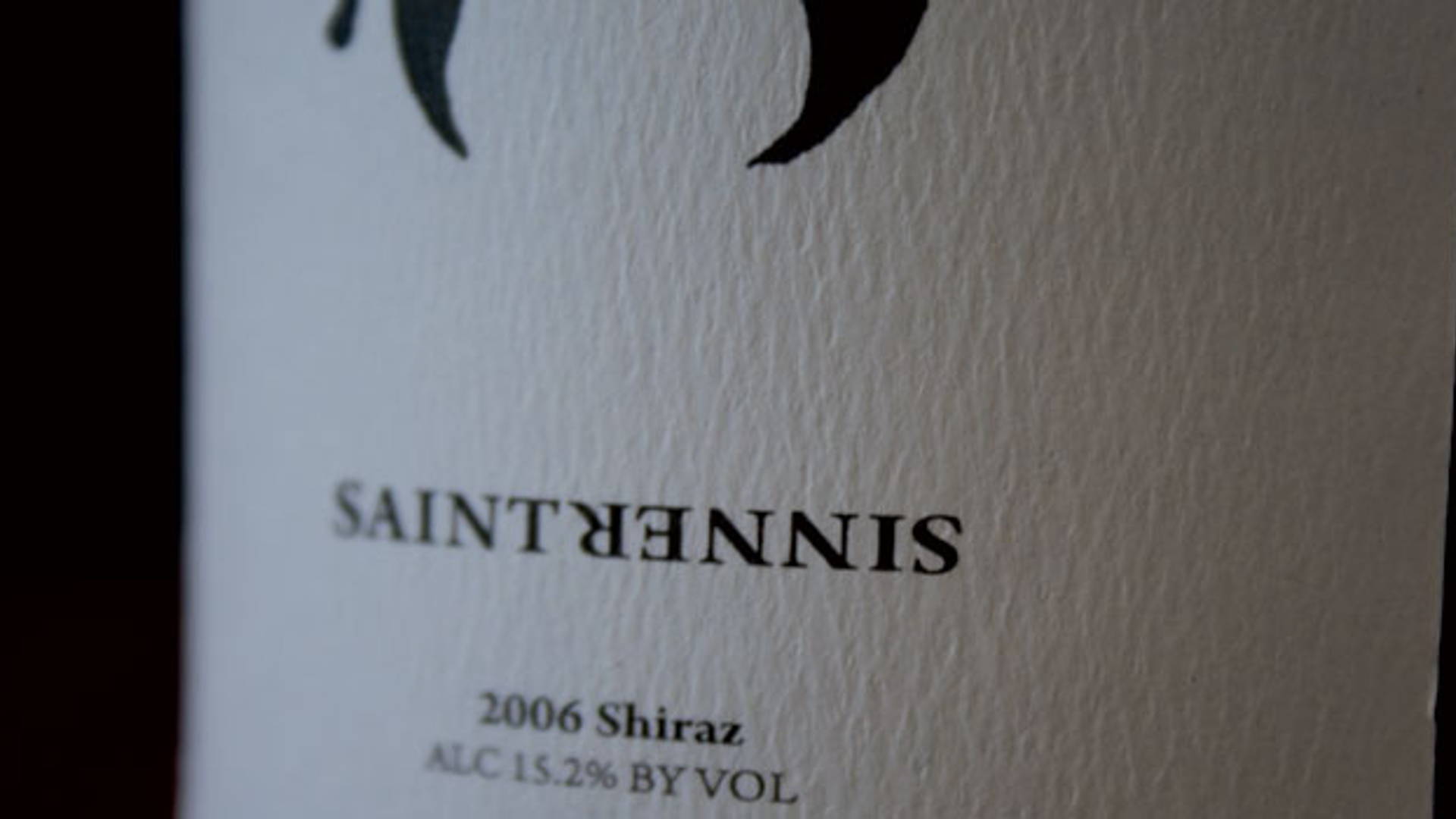 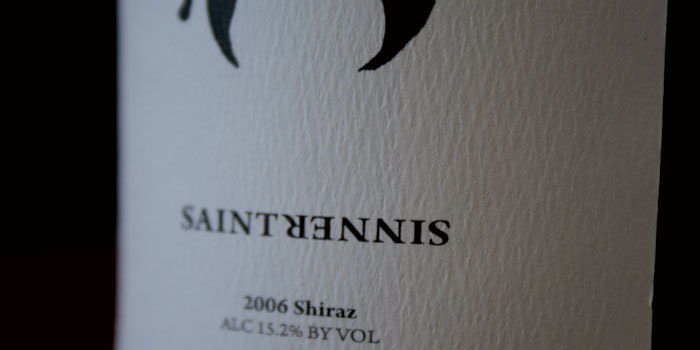 "I wanted to create what appeared at first glance to be a somewhat traditional hand illustrated bottle of wine. I was interested with taking conceptual queue from the importance wine holds within a religious context but also the influence wine has on the individual when consumed."

" For these reasons, plus the fact that I have consumed many bottles of good and sometimes not soo good shiraz since becoming a designer, I designed this wine label."

The final design is kept simple with a large focus on the front label image which acts as a 'pictorial ambigram' when the wine is being poured. The exterior packaging utilizes the messy ink aesthetic teamed with hand rendered script fonts creating a sense of confusion and disorder. Treating the text and graphic in such a way portrays the sense of confusion of whether or not the consumer is a 'Saint' or 'Sinner'...

Thank you to Luke Hollamby a recent graduate of Queensland College of Art, Australia. 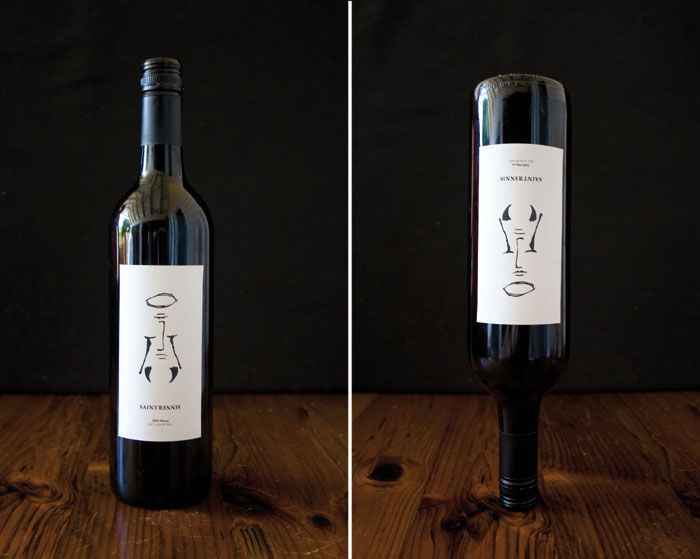 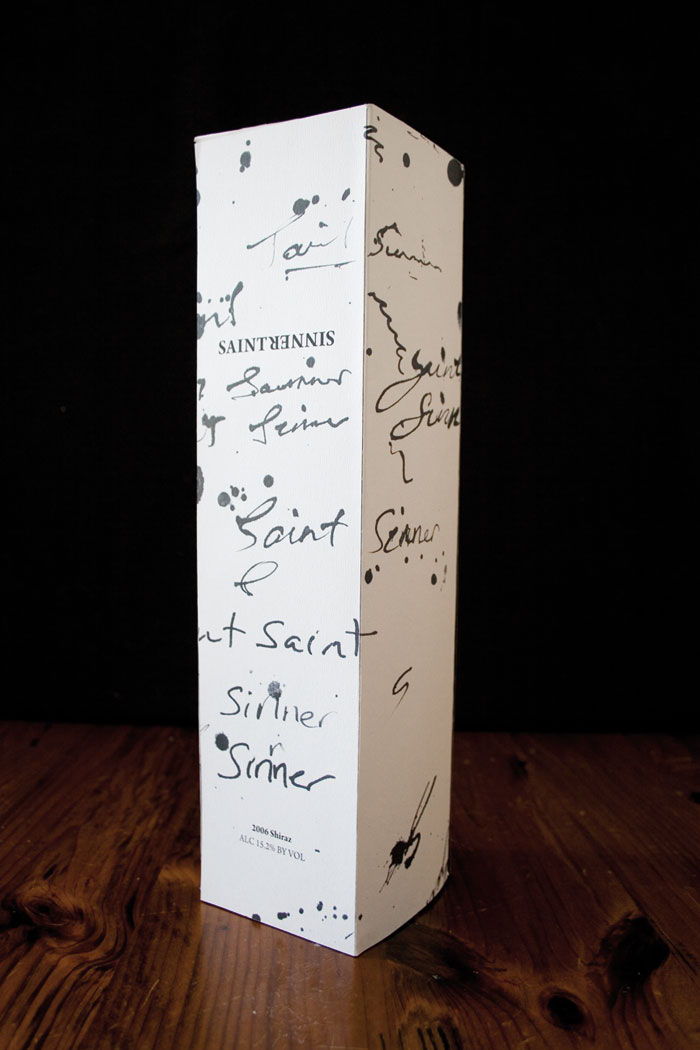