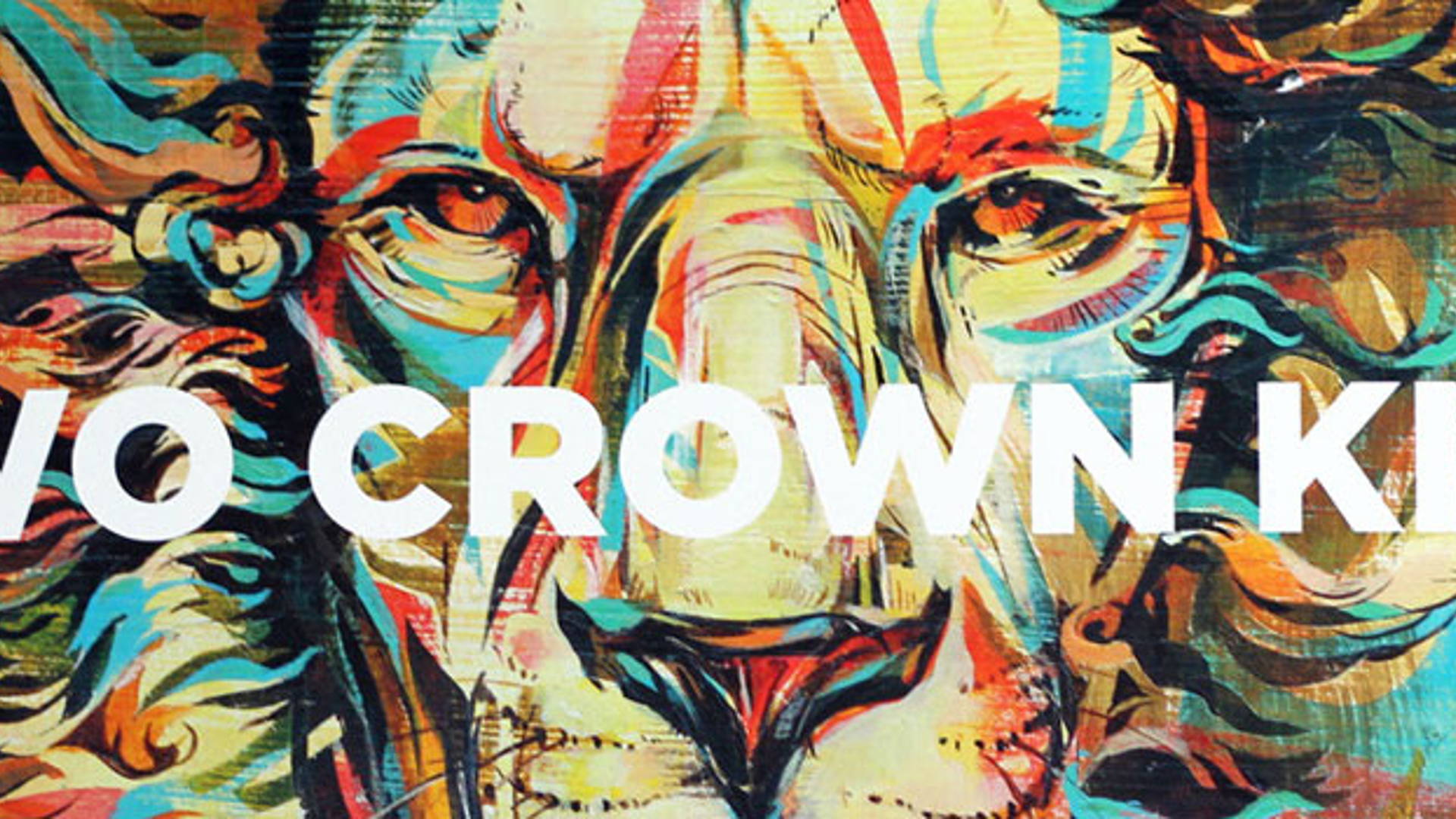 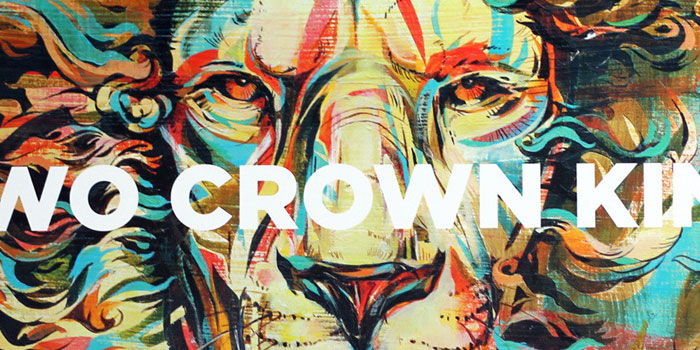 Two Crown King EP Design is just simply amazing. Jacqui Oakley's painting of the Lion on the front cover blew me away. See more of the album art work after the jump!

"Jacqui Oakley: "…the Two Crown King crew were kind enough to give me full reign on this and the concept. I thought a lion suited their name and their type of music well & I am so pleased with the final result. Jamie took my illustration and really brought the whole package to the next level. He was even kind enough to cut out that pesky lion head for the silhouettes in the design and the t-shirt…" See more of her process here

Poly: "Jacqui Oakley was commissioned to produce some cover artwork for Two Crown King's debut EP & we couldn't pass up the chance to design a home for her astounding lion painting. We created a bright & in-your-face design for the the 12" & CD gatefold packaging, with colours & textures suggested by elements of Jacqui's piece. We're happy to have given TCK a visual identity that they can run with while promoting the record." 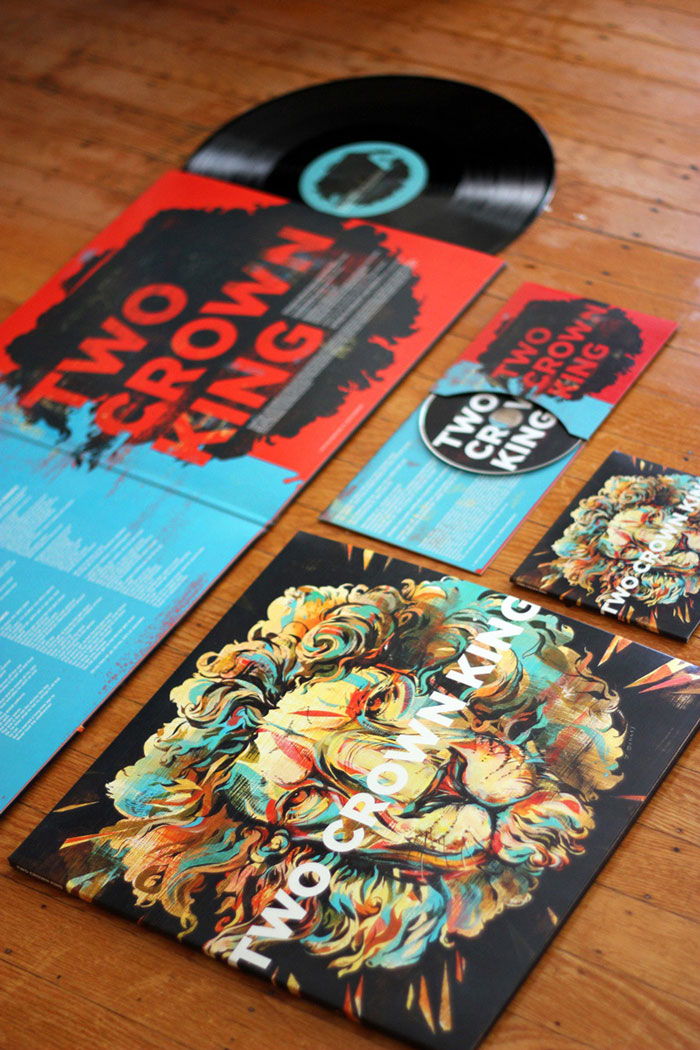 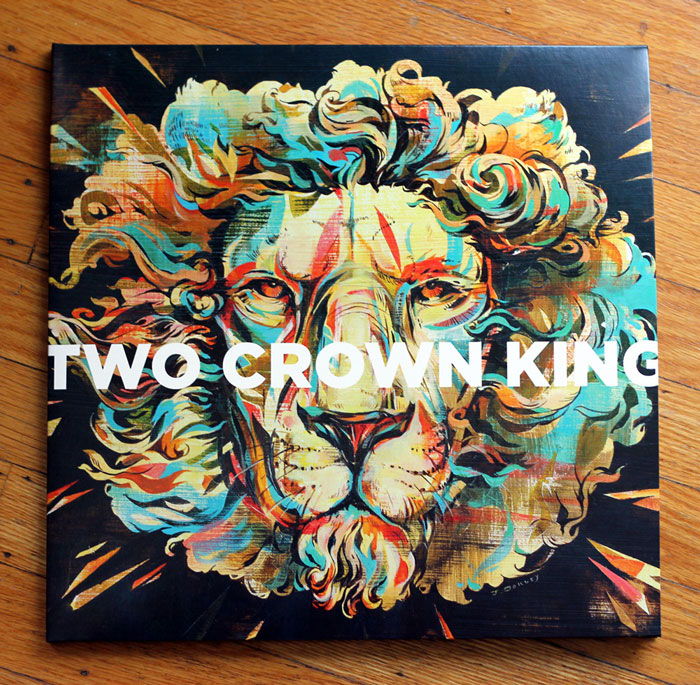 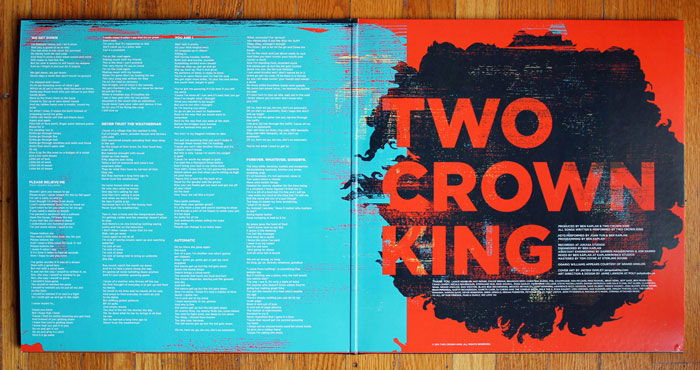 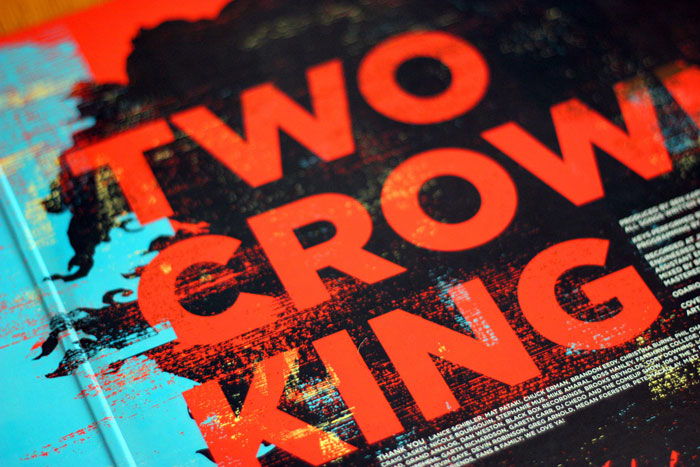 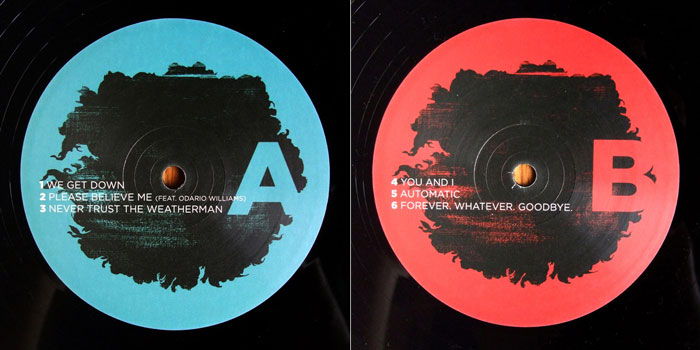 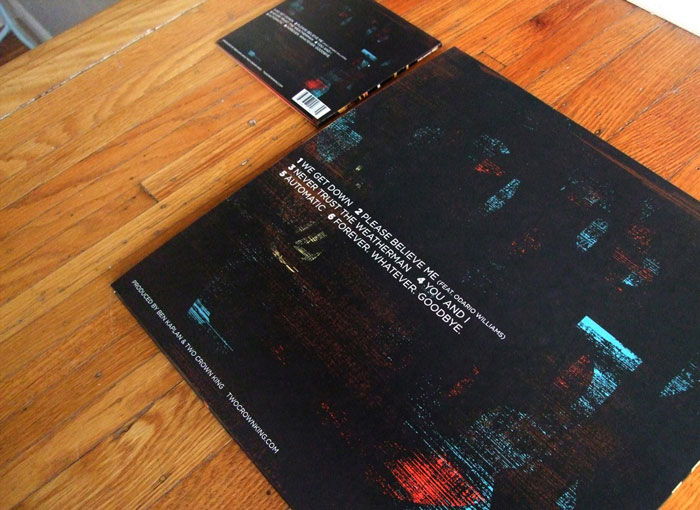