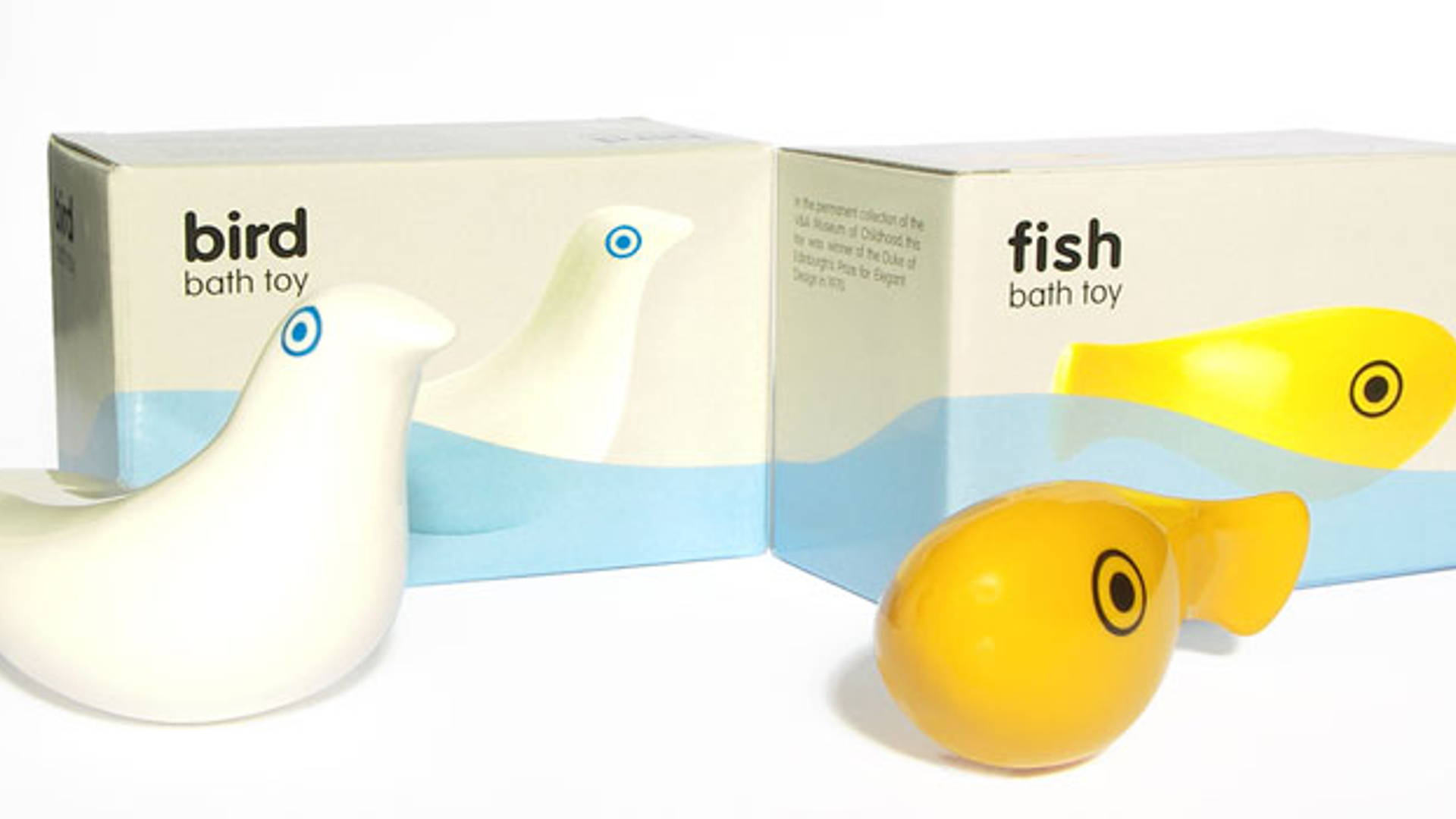 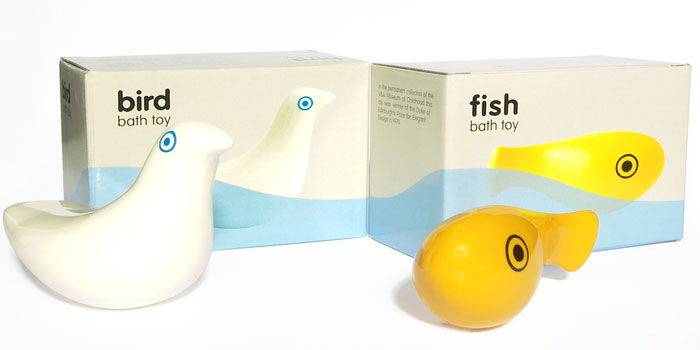 These beautifully sculptural bath toys were designed in 1969 by Patrick Rylands for Trendon toys and were part of his collection of work that won the Duke of Edinburgh's prize for Elegant Design in 1970 (now the Prince Philip Designers Prize).

"Bird and Fish are the first two products to be re-launched by Selegiochi toys under the MasterToys brand and are included in many permanent museum collections including the V&A Museum, London.

The packaging is designed to be as clean and attractive as the toys with the only graphic feature being the wave which also shows that both Bird and Fish are specially weighted to float upright and above the water line in your bath."

"The background light grey harks back to Ryland's inspiration for the toys, traditional Inuit soapstone carvings and works well to show off the white and yellow toys."

Thank you to James Webb of Webb & Webb Design Limited for submitting this to us. 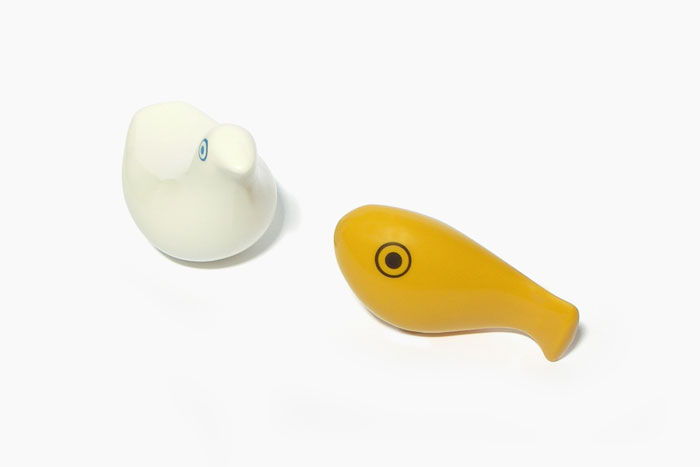 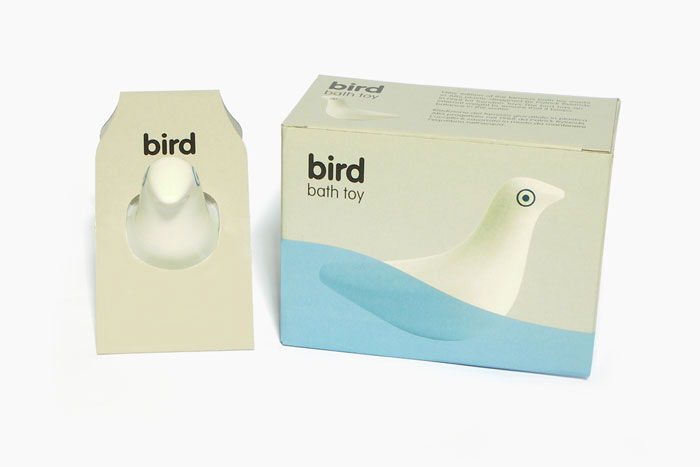 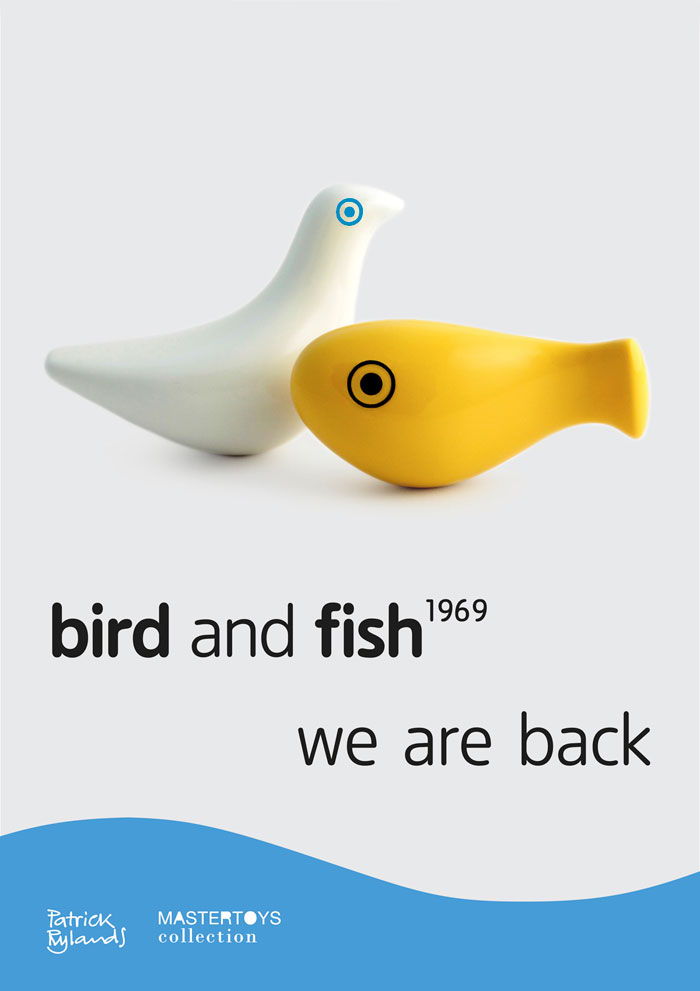