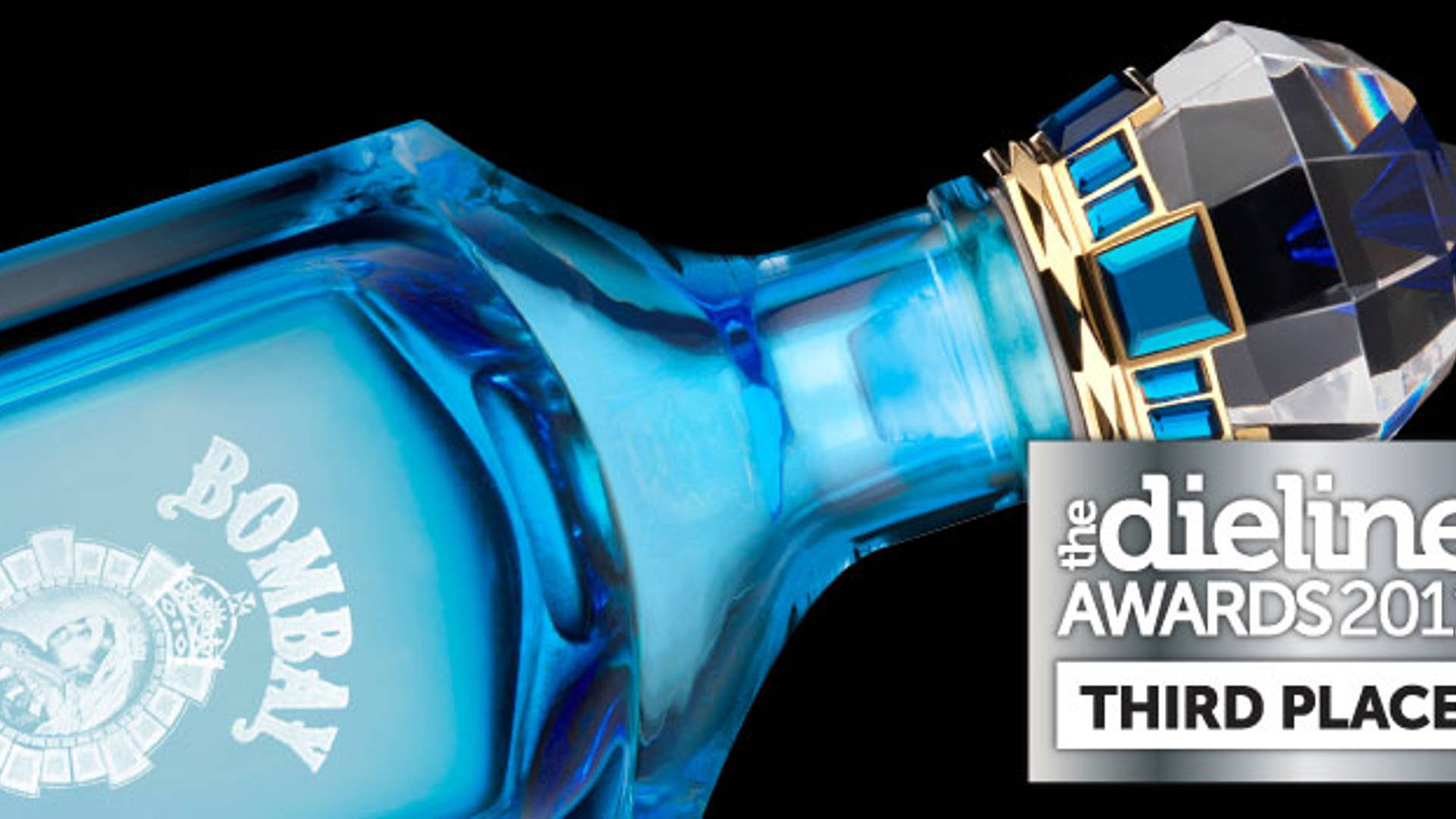 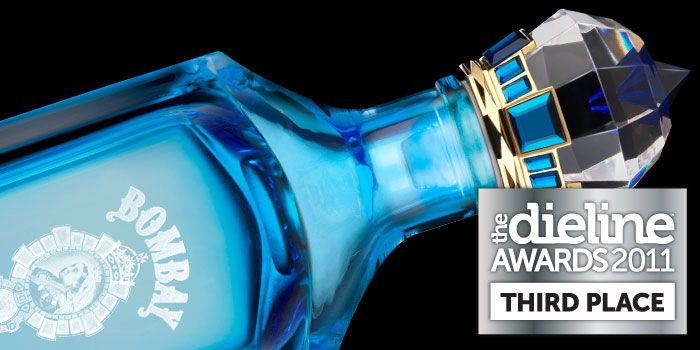 Description: In celebration of the 250-year anniversary of Bombay Sapphire’s secret gin recipe, Webb deVlam set out to design the very essence of the Bombay Sapphire brand through exclusive packaging. Inspired by the brand’s rich history, its secret recipe of botanicals and iconic bottle design, the firm envisaged the creation of an exquisite limited edition bottle. Webb deVlam composed it of the finest materials and detailing, and designed intriguing visual effects that impart Bombay Sapphire’s prestige proposition.

The stunning hand blown crystal bottle features a blue optic internally, creating a ‘bottle within a bottle’ effect that signifies the very soul of the brand. 3D laser etchings of the 10 botanicals and Queen Victoria’s brandmark appear to float within the walls of the crystal glass. The stopper, which was conceived by Garrard’s Creative Director Stephen Webster, is beautifully made from crystal glass and features a gold crown, encrusted with blue gems that reflect the Bombay Sapphire Queen Victoria’s brandmark.

The impact is extraordinary, and gives a sense of depth, substance and opulence that perfectly conveys the luxury and prestige positioning of this rare collectible.

Having brought the project to fruition in just under 12 months, 350 of these exclusive crystal bottles were released in the global launch before Christmas 2010, appearing in London, New York and Madrid, with a further limited distribution worldwide in 2011.