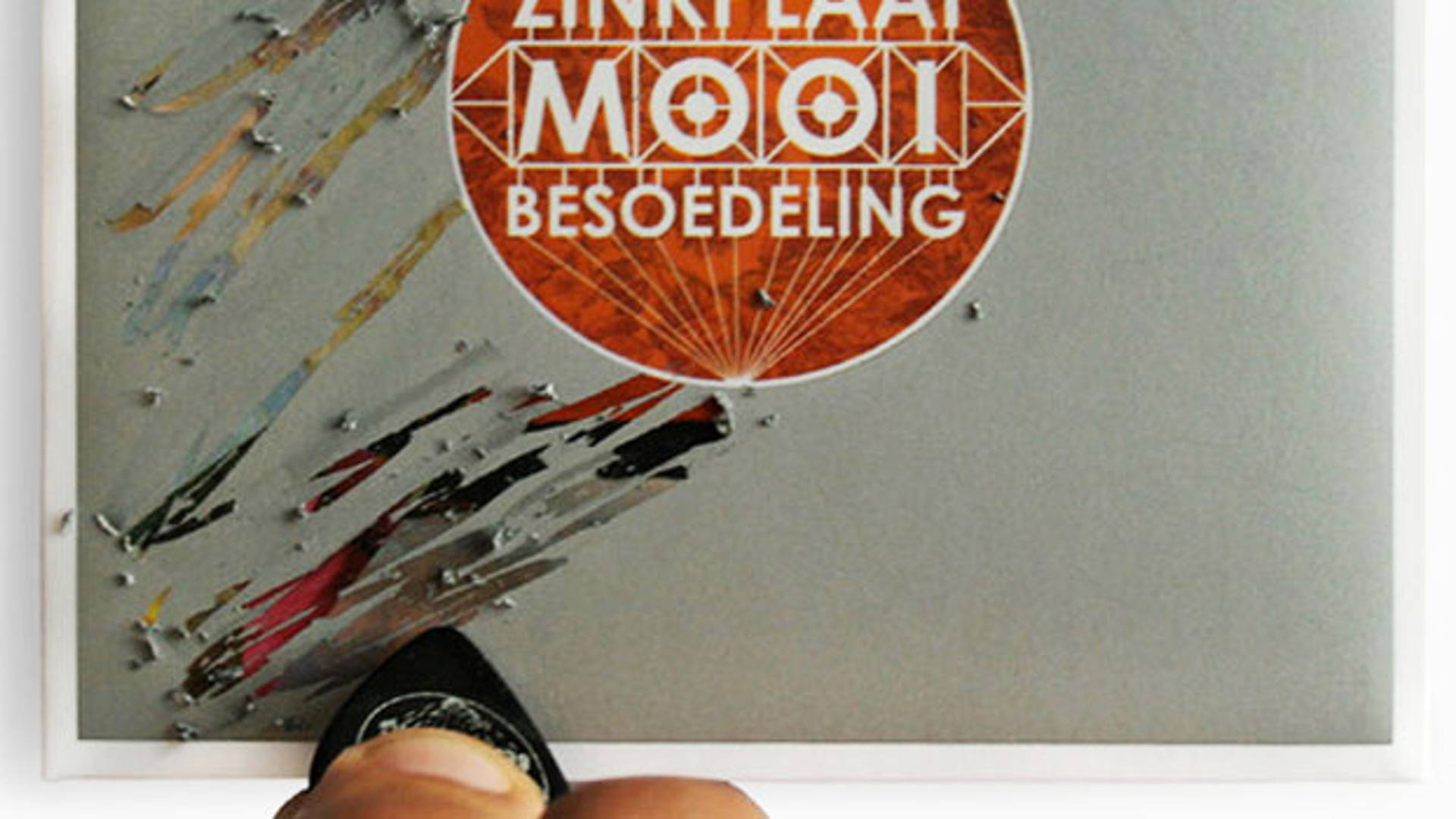 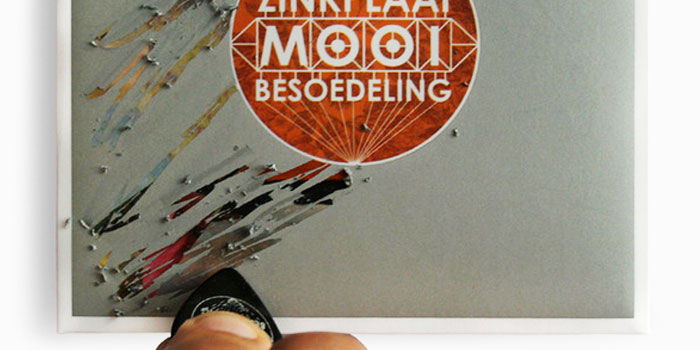 "Zinkplaat is an Afrikaans pop-rock-blues-fusion band from South Africa. The name Zinkplaat is the Afrikaans word for corrugated metal.

This, their fourth album comes shrink-wrapped with a scratch-off ink layer on the front and back, as well as a guitar pick to scratch the ink off with.

The album’s name ‘Mooi Besoedeling’ translates to ‘Beautiful Polution’. We believe this is a very good functional solution to the fact that a simplistic clean cd cover design stands out most from all the clutter on a store shelf, yet is very boring once bought. However one wants to read the album as a concept, people seem to love the scratch-off part…" 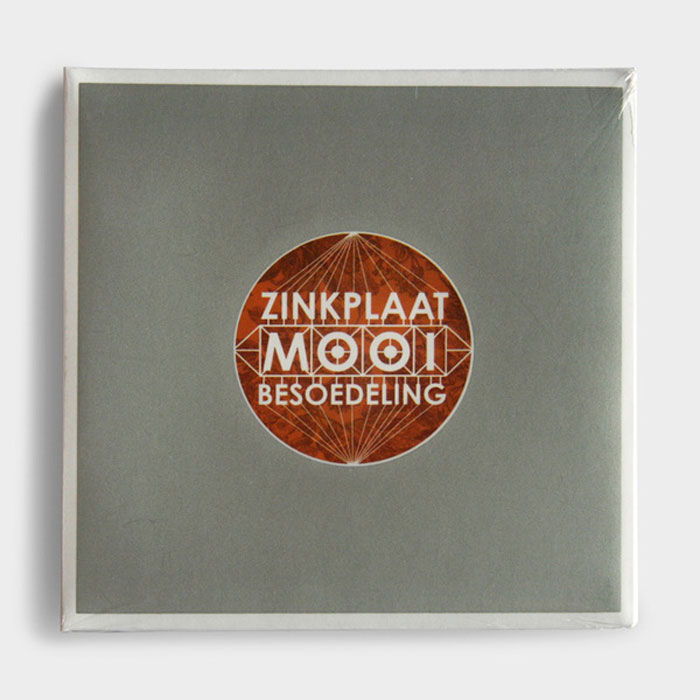 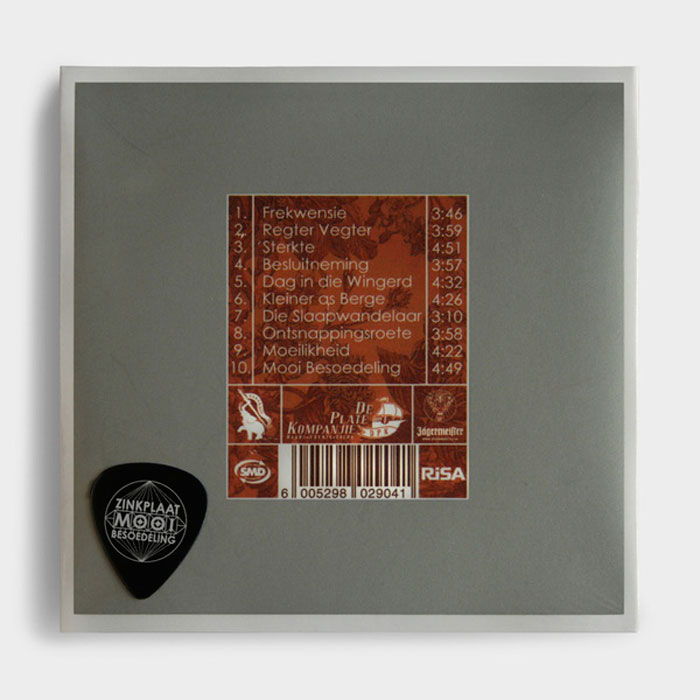 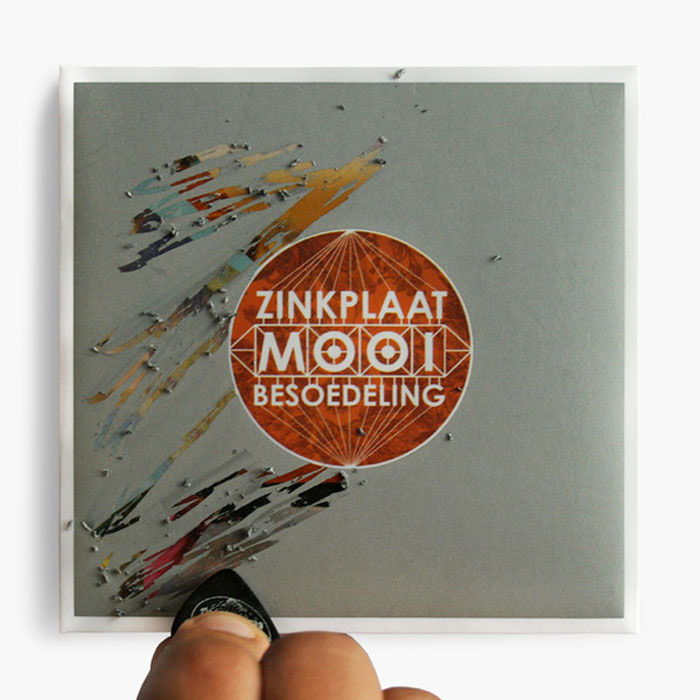 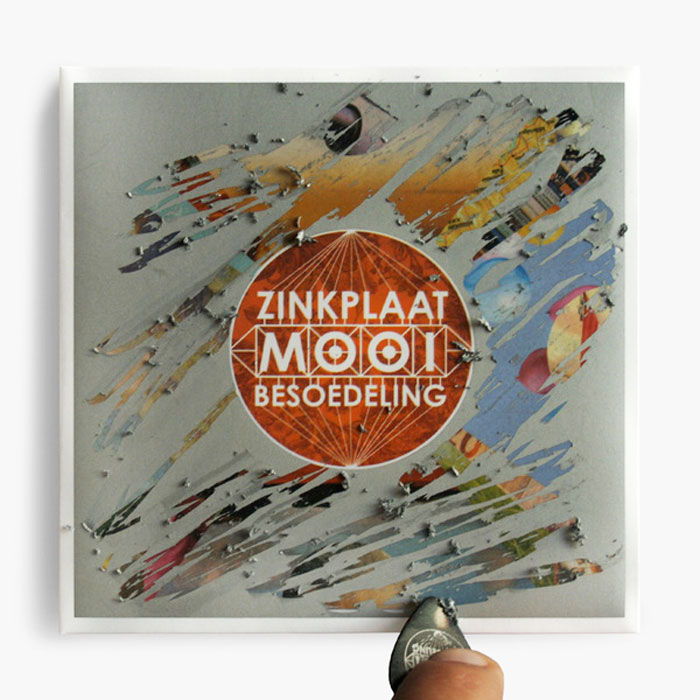 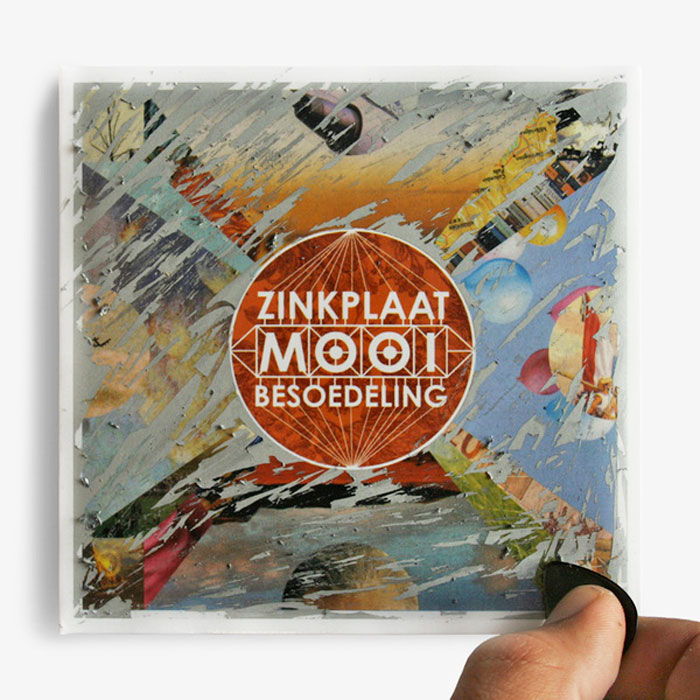 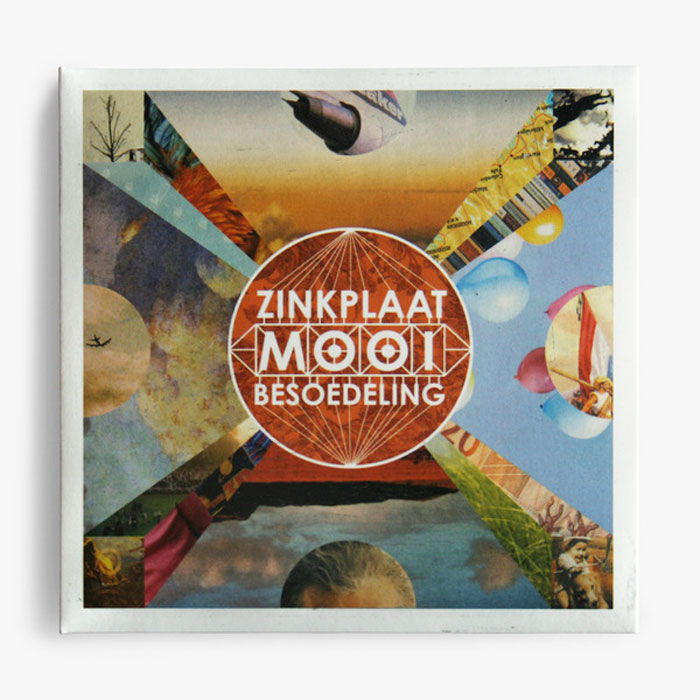 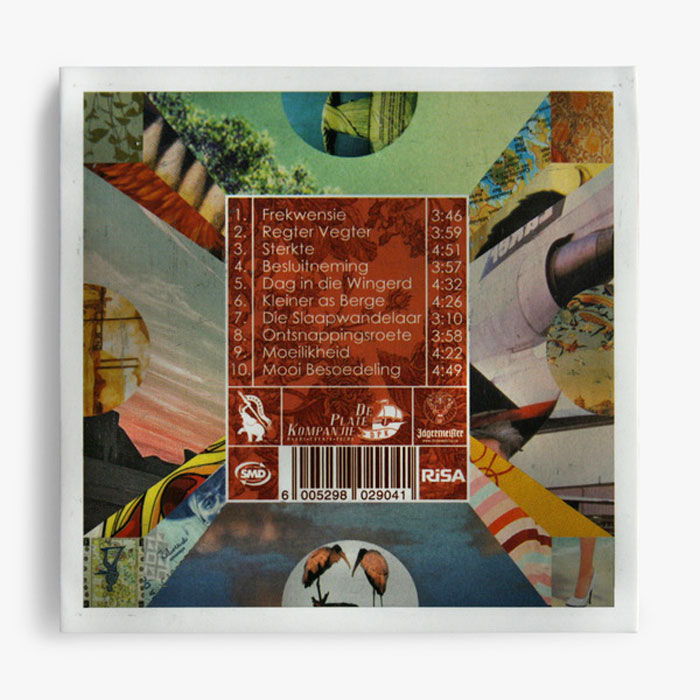 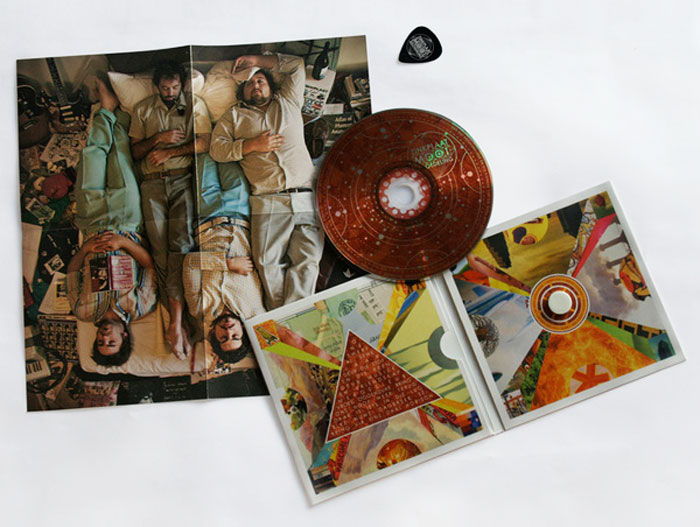