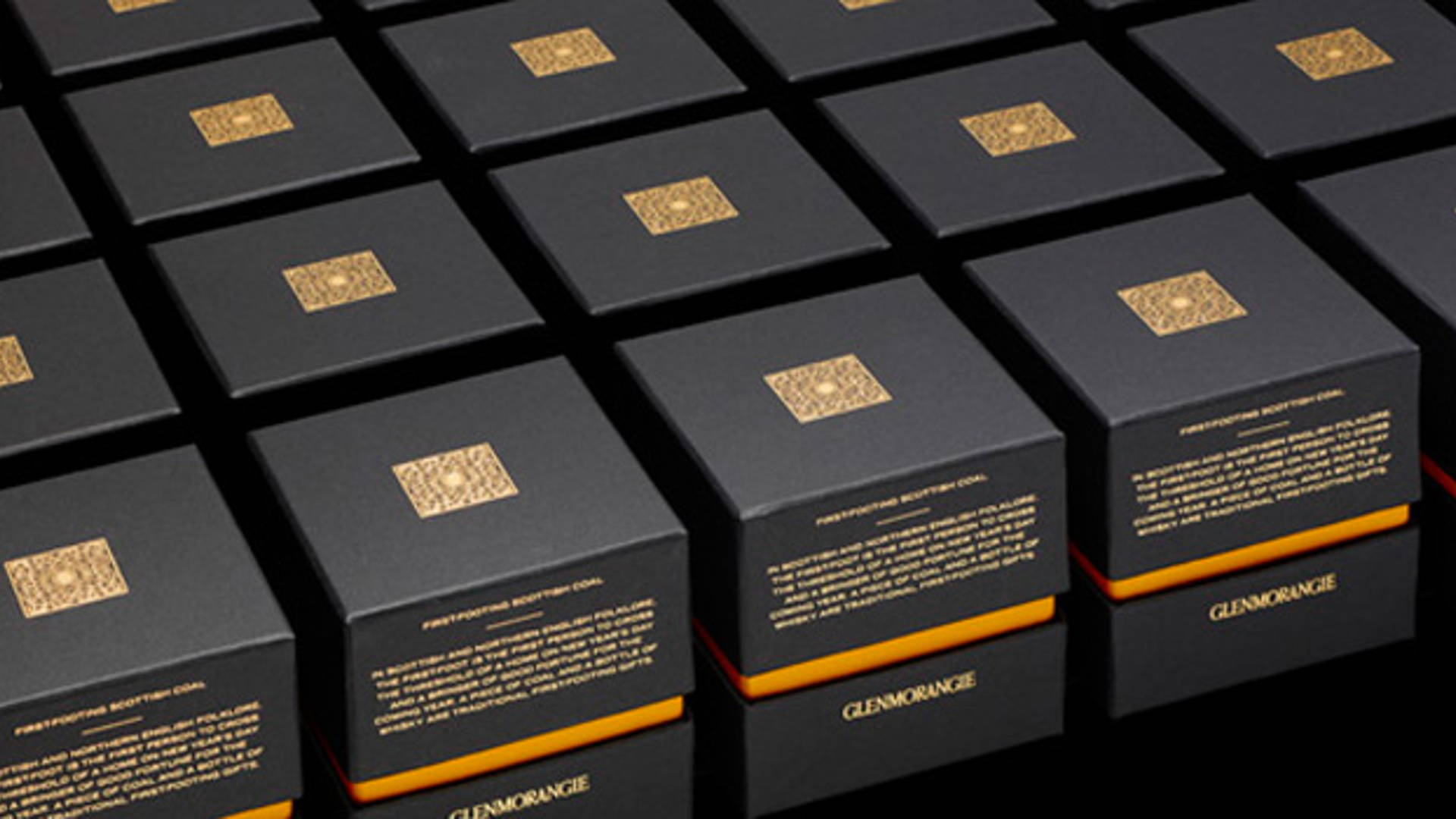 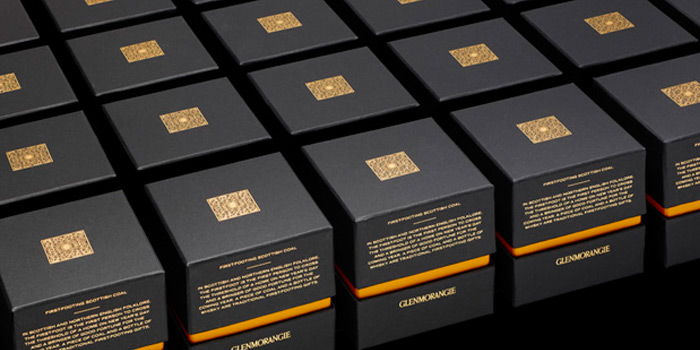 "Domenic Lippa and his team have designed a unique luxury Christmas gift for Glenmorangie, the single malt scotch whisky.The gift celebrates the tradition of “First-Footing” practiced by households across Scotland and the north of England on New Year’s Eve. The “First-Foot” refers to the first person to cross the threshold of the home after the stroke of midnight on New Year’s Eve, or Hogmanay as it is know in Scotland. Traditionally the “First-Footer” brings gifts of coal and whisky; the coal symbolises the desire for the receiver’s home to be warm and safe for the coming year and the whisky is for toasting the future.“Lang may yer lum reek” is the accompanying toast, meaning “long may your chimney smoke” to wish prosperity for the coming months.

Lippa designed a desirable gift box using black uncoated stock referencing midnight and the coal it contains. The box features the gold Glenmorangie emblem and a band of colour matching the packaging for the 70cl bottle. The colour is continued on the interior of the box in which the coal is encased in a velvet bag which allows for its irregular shape. The dimensions of the box match those of the bottle packaging with which it is to be sold. The front of the box bears the legend “Wishing you prosperity for the year ahead” and the date “Hogmanay 2012”; on the reverse is the story behind First-Footing. 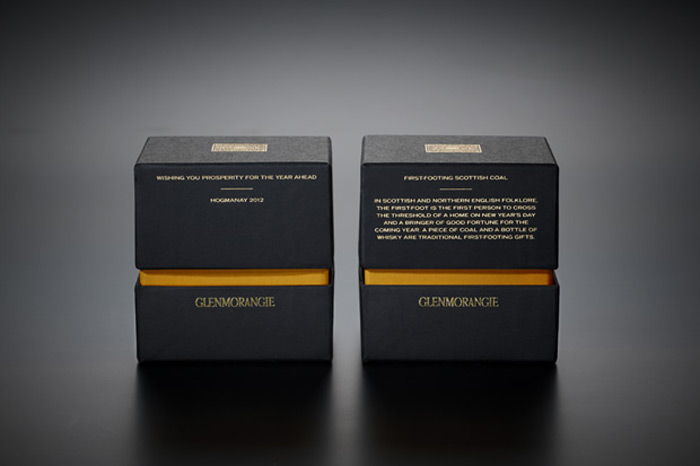 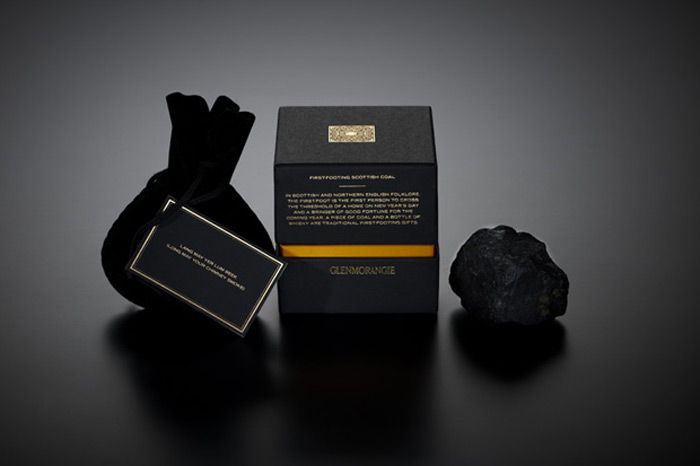 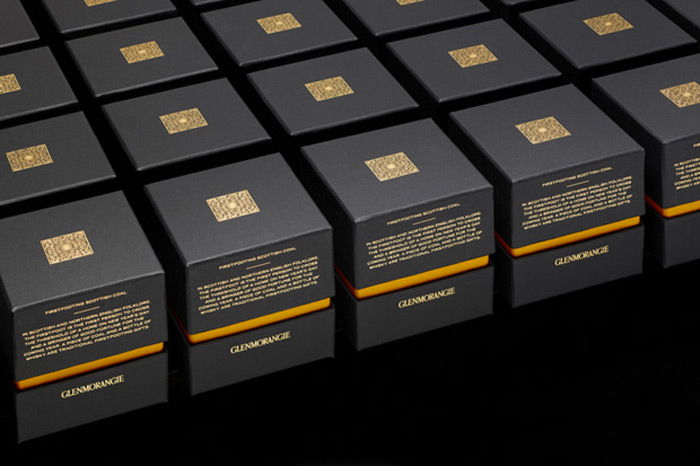