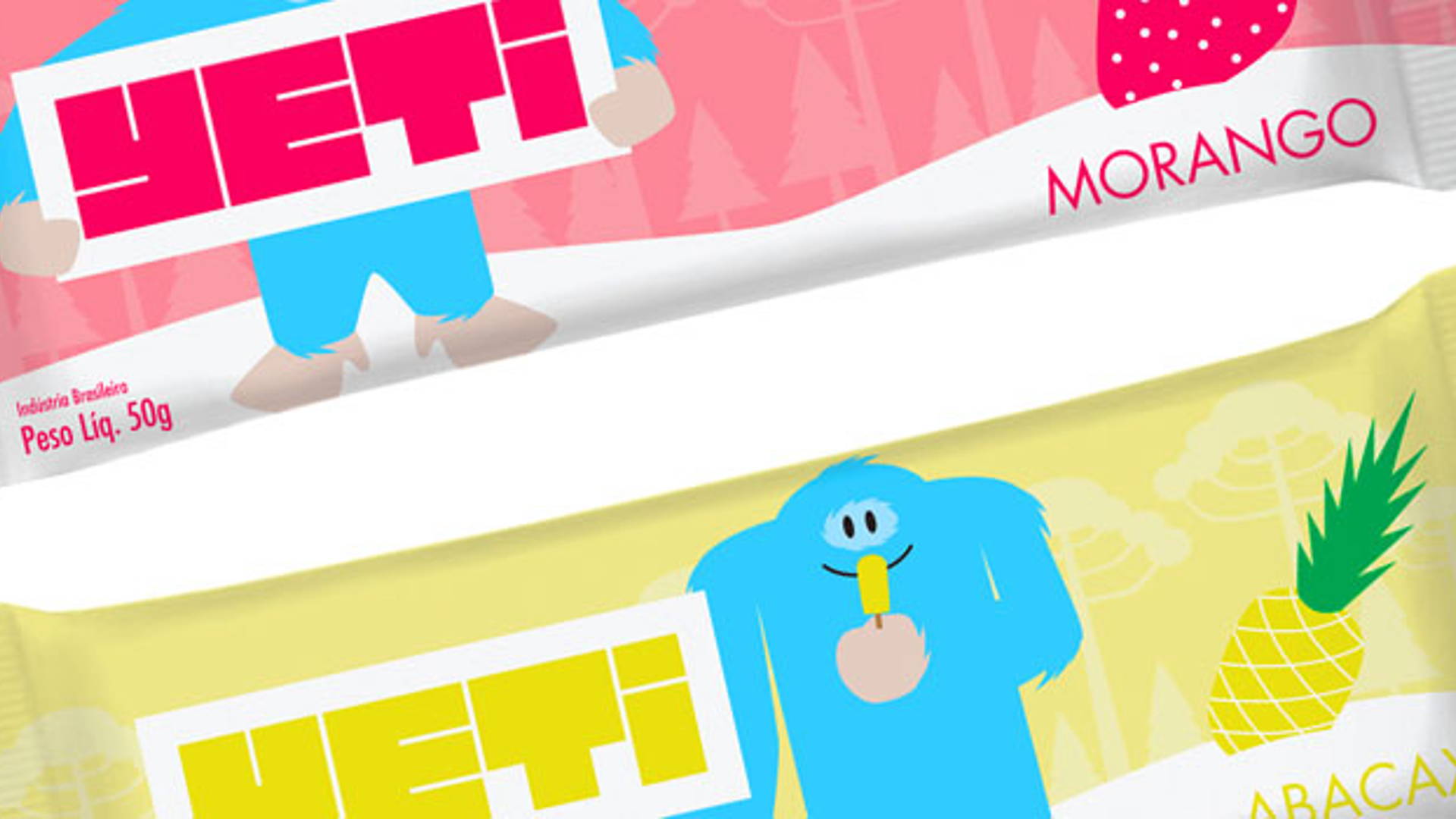 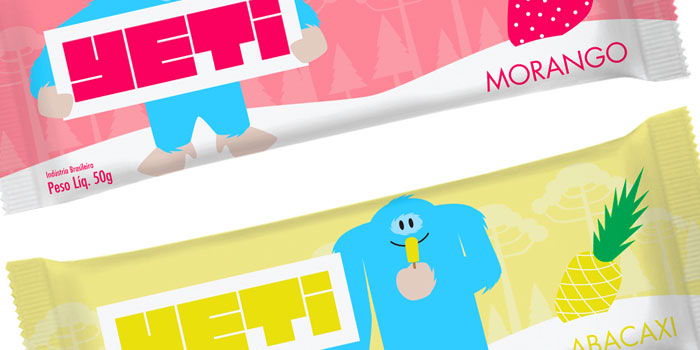 "Latte Design conducted an experimental project involving naming and branding for a manufacturer of inexpensive ice-creams in Brazil.

The great challenge was to stand out in an extremely competitive and saturated market, both in terms of quality and price. Since all competitors tend to mimic the identity and packaging used by Top of Mind brands, an strategy based on visual and conceptual clash was conveyed through four different concepts: Felix que fez, Yeti, OQ and Sorven'Up.

Felix que fez ('Felix Made It') - Based on the owner's name, Felix, this option combines the concept of Happiness ('felix', in Latin) and the owner's personal touch. 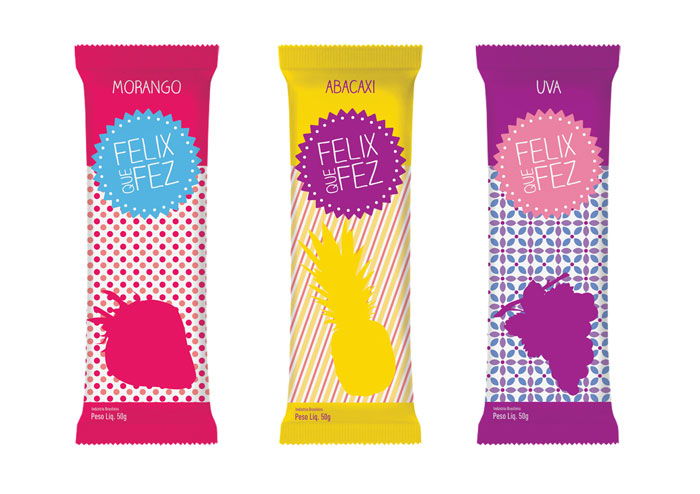 OQ - a pair of letters which in Portuguese reads as 'what', this concept uses the packaging to ask the consumer 'What makes you happy?' or What flavor reminds your childhood?'. 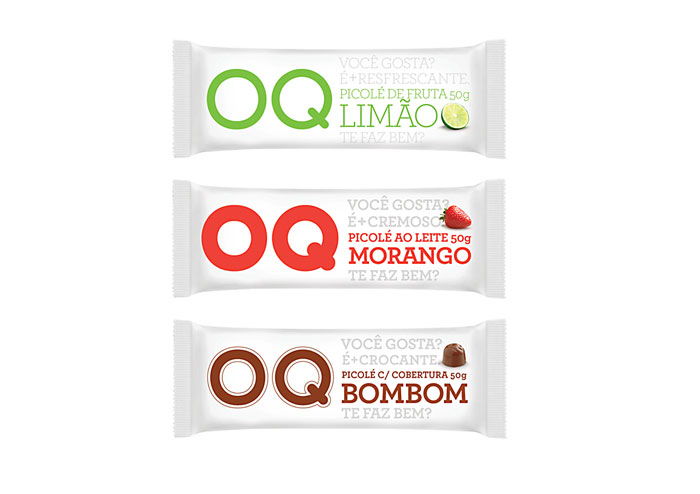 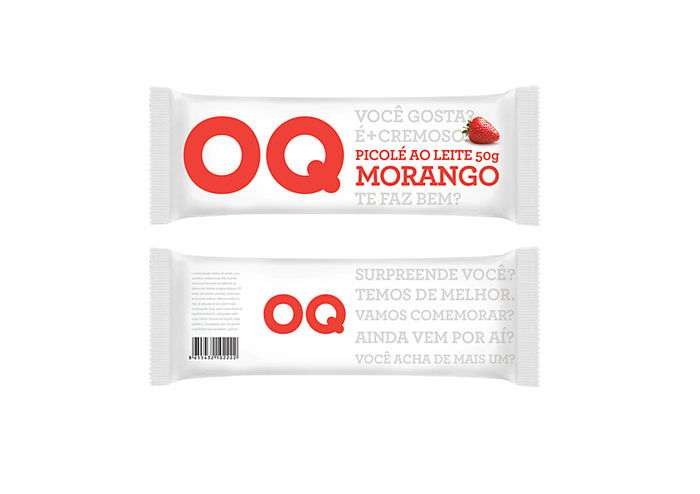 Yeti - an icon was created so that it could easily be identified by the consumer. The abominable snowman, besides evoking the concept of 'cold', adds a touch of fun as a friendly character. 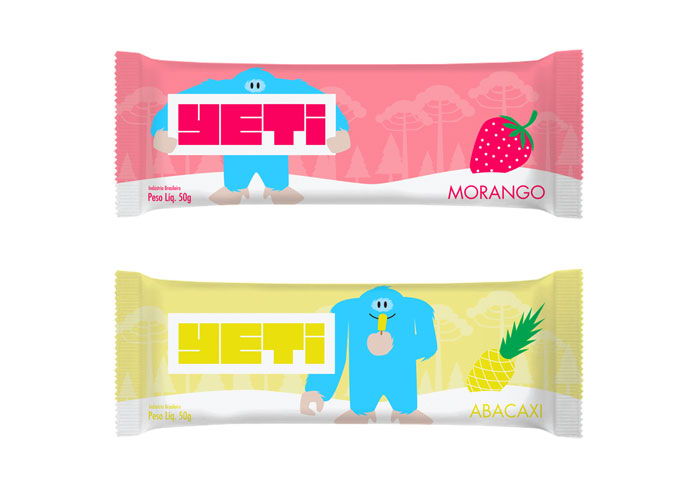 Sorven'Up - the name suggested by the owner adds little differentiation to the brand - on the contrary, it is quite similar to others -, so we proposed a deeper shock, almost non-sense, by translating the concepts of happiness and fun as images of laughing animals." 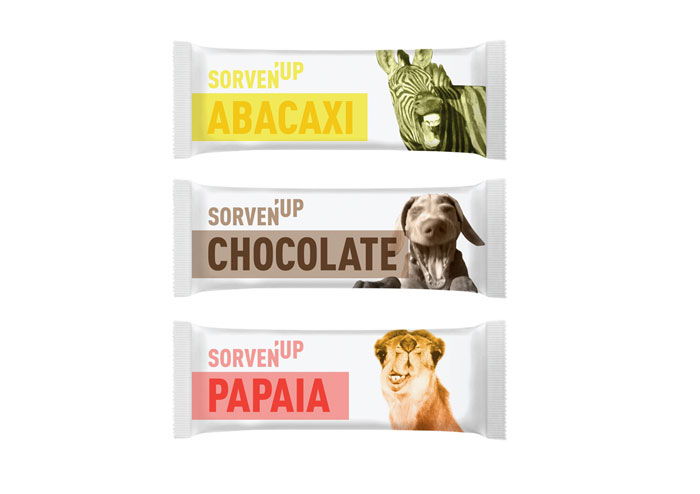