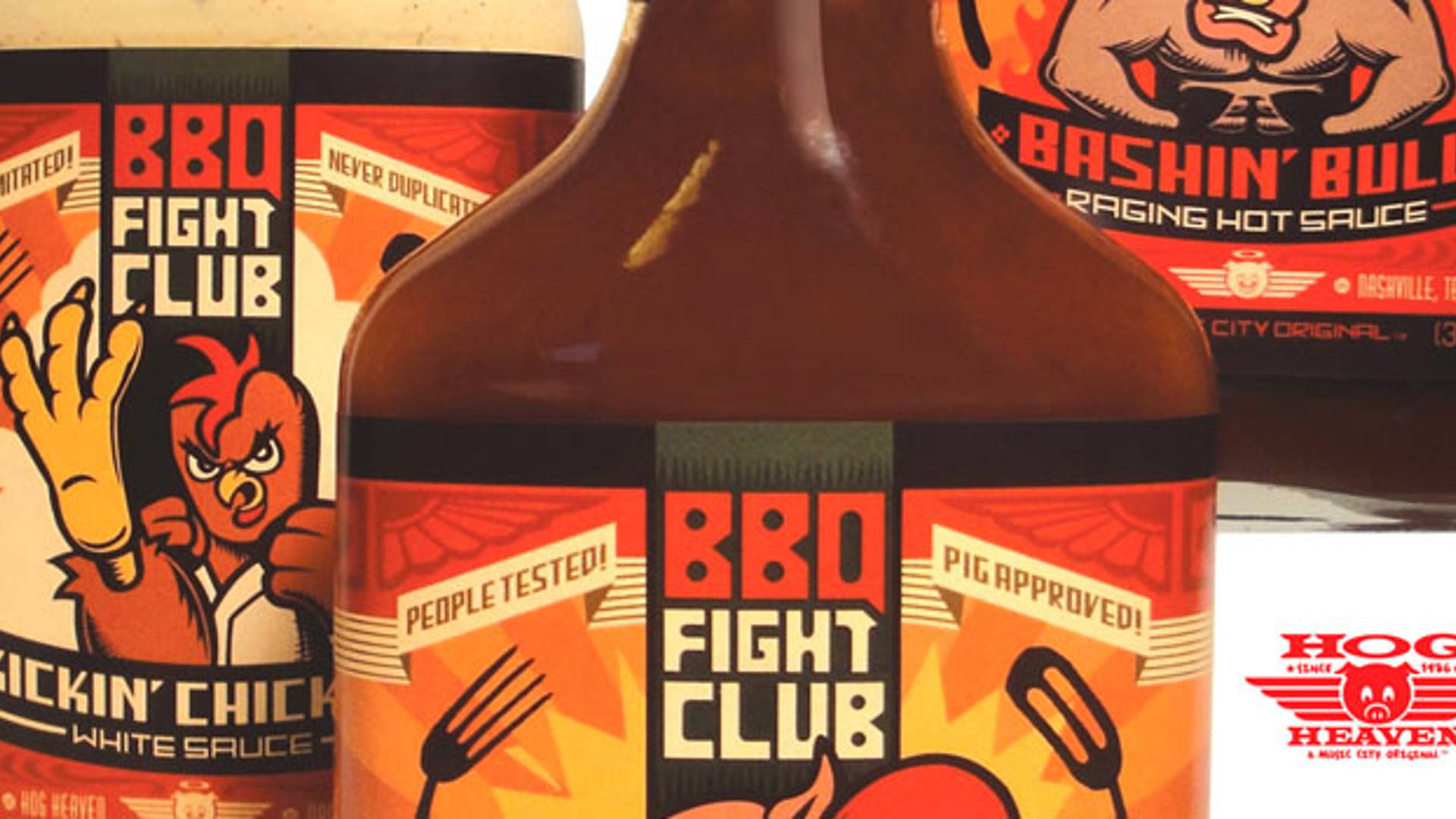 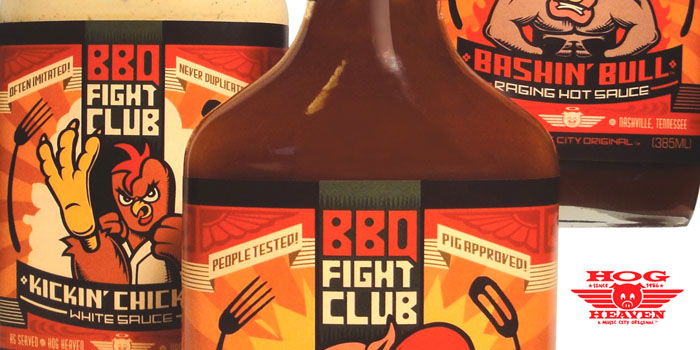 "In 2010 Anderson Design Group was hired to design a series of sauce bottles for Hog Heaven, a small barbecue restaurant in Nashville.  Hog Heaven has been in operation since 1986 and is famous for its barbecue sauces (especially its white sauce, which has been featured on Food Network.) When Hog Heaven finally decided last year to bottle their sauces for retail, they turned to Nashville-based Anderson Design Group for help."

"The owners of Hog Heaven, Katy and Andy Garner, are a husband and wife team who are both advanced martial arts black belts. They wanted to do a sauce line named BBQ Fight Club that had a Southern-style, cage fighting feel featuring rowdy-looking barnyard animals. Creative Director and owner of Anderson Design Group, Joel Anderson, put designer/illustrator Andy Gregg to work creating branding intended to look like a small-batch artisan sauce with a premium gourmet taste. The result is a sauce bottle label that will stand out on any store shelf—it feels a bit like an old fashioned woodblock fight poster with a fun, modern twist. The whiskey flask jar was chosen for it's unusual shape and it's country aesthetic. Most of the the typography on the packaging is custom. First in the line is the mild sauce Punchin' Pig, the white sauce Kickin' Chicken, and the hot sauce Bashin' Bull, but more are planned for the future. Just recently the sauce line was chosen to be carried in Williams-Sonoma, with the product planned to hit shelves in March. Hog Heaven was also recently featured in Nylon Magazine in an article about Nashville culture." 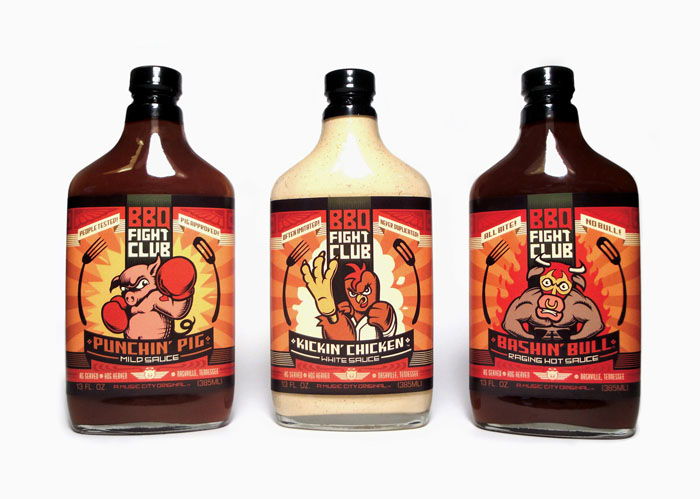 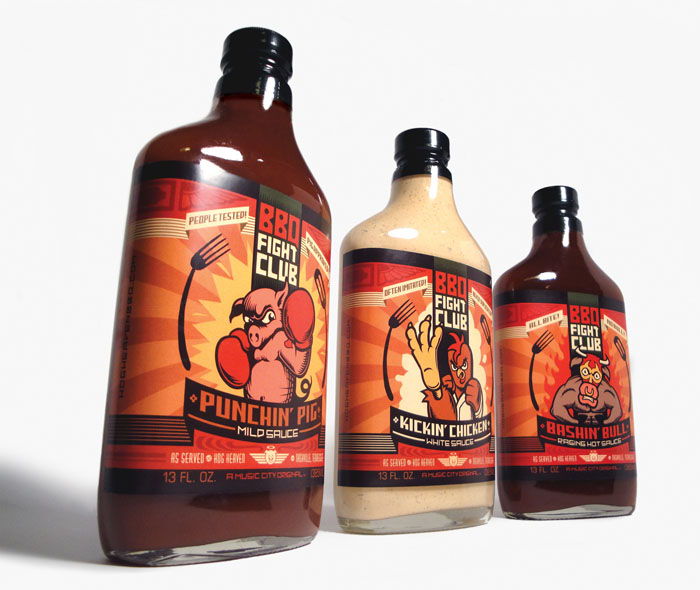