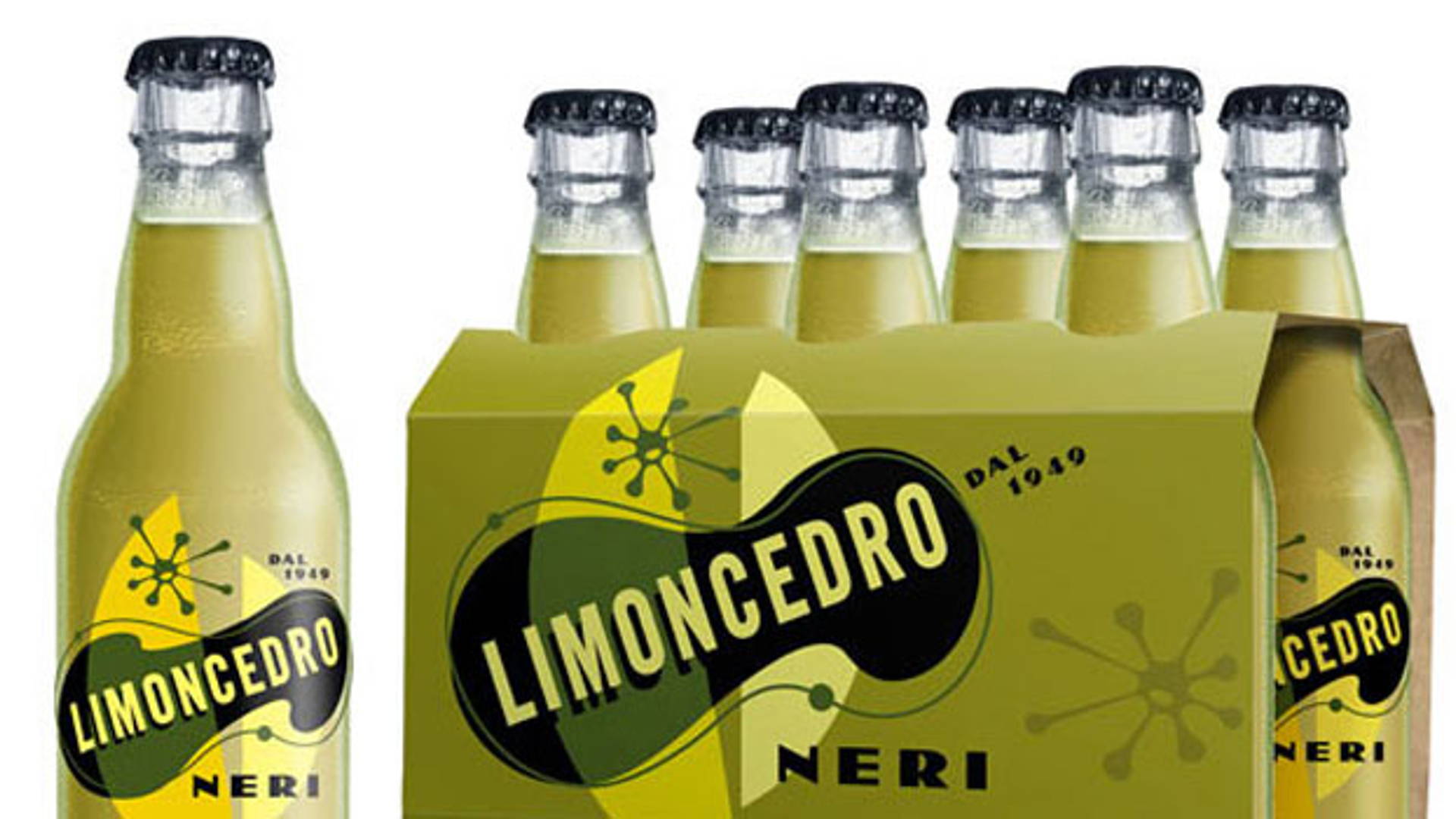 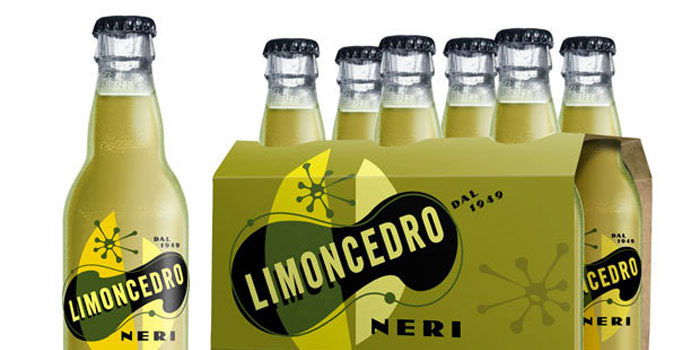 An iconic Italian redesign by Angelini Design: "First set up in Capranica, Italy in 1949 by Pietro Neri, Chin8Neri - the company and product to which he gave his name - is the country’s leading and most celebrated beverage ever to have been commercialised. It is made exclusively from agrumi chinotto (a small bitter citrus fruit found in various regions of Italy). Thanks to a strong and vibrant marketing campaign, Chin8Neri enjoyed a boom period in the 50s and 60s where it became as famous in Italy as Coca-Cola was in America, although sales started to fall and eventually plummet from the 90s onwards, due to misfortunate product restyling which led to creating an unworthy image."

"In the year 2000, Chinotto Neri S.r.l, was taken over by I.B.G., the Pepsi Cola distributor in Area Nielsen 4, who relaunched the product along with the new line of sister beverages Aranciosa, Limoncedro and Gassosa.

Challenge: To increase brand awareness with an initial distribution focus on the Italian regions of Campania, Puglia, Sicily and Calabria, through a complete restyling procedure aimed at recapturing Chin8Neri’s original popularity. To work on its brand image, packaging and slogan, programme new P.O.P. communications strategies aimed at trade and HO.RE.CA channels and a promotional campaign aimed at the consumer market. To also restyle the line of sister beverages Aranciosa, Limoncedro and Gassosa.

Results: Angelini Design managed to restore anew the original brand, conserving its most distinctive elements: the crown to express its glorious origins and the number 8 to recall the eight essential essences that are part of the recipe. The use of the colour black and the serigraphic print of the logo, label and clusters associated with a vintage style design for the packaging, have given Chi8Neri a completely new look while retaining its original character and refined style. Chin8Neri is once again able to transmit its historical authority and authentic nature. Angelini Design also restyled the Aranciosa, Limoncedro and Gassosa brands using a mixture of witty and ironic quotations." 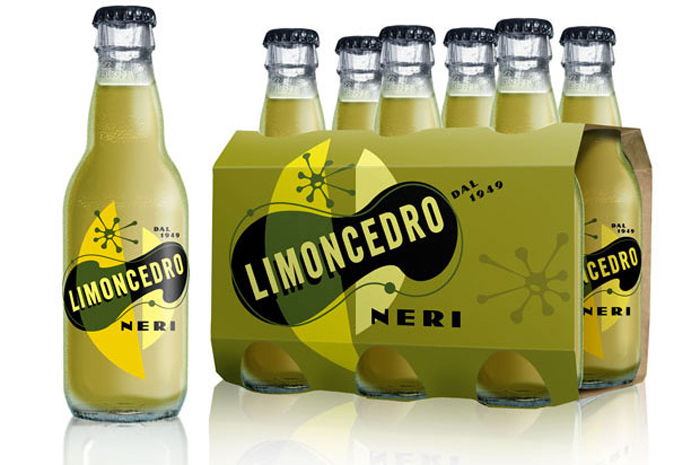 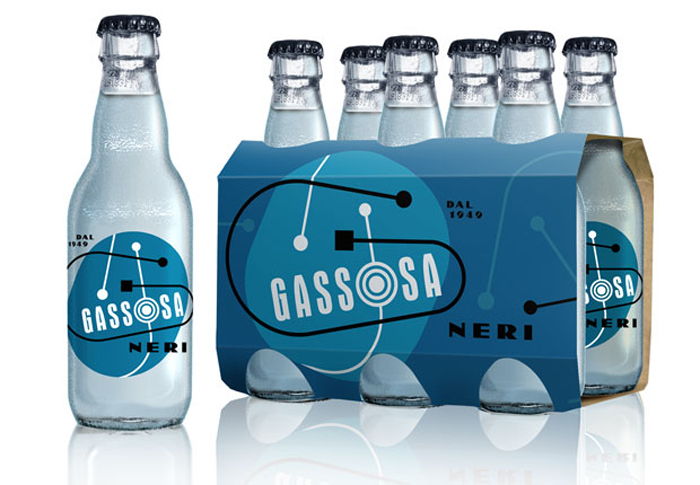 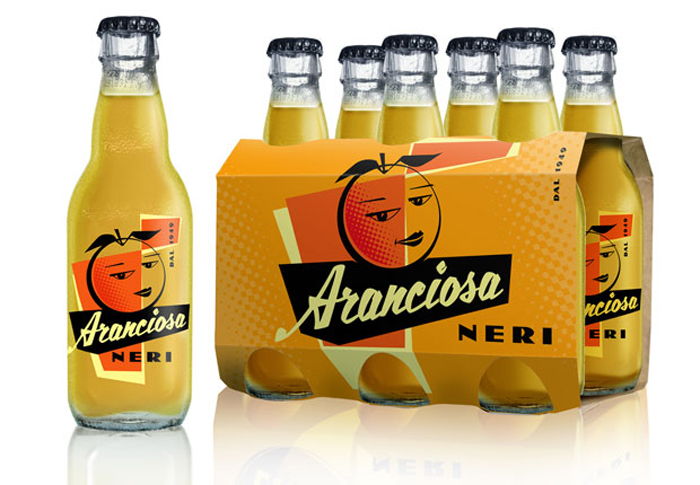 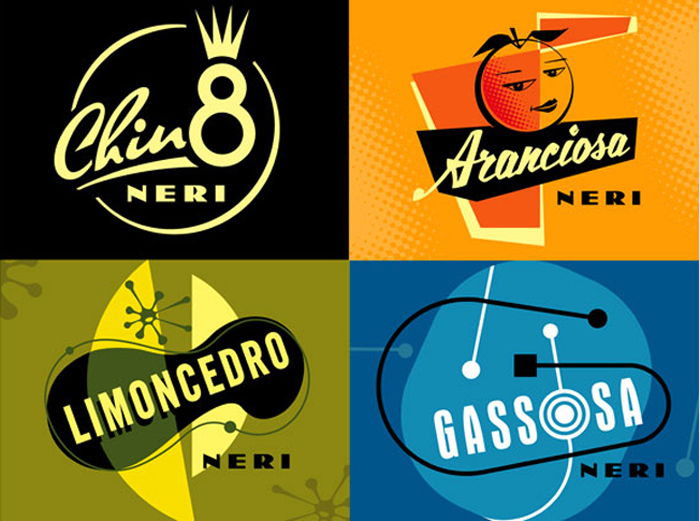 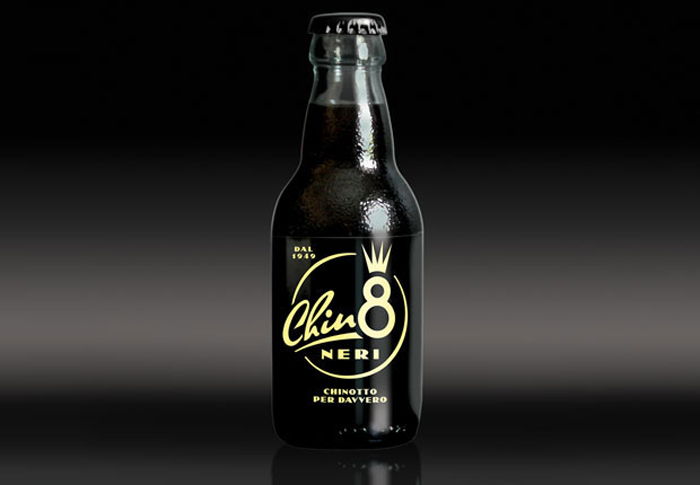 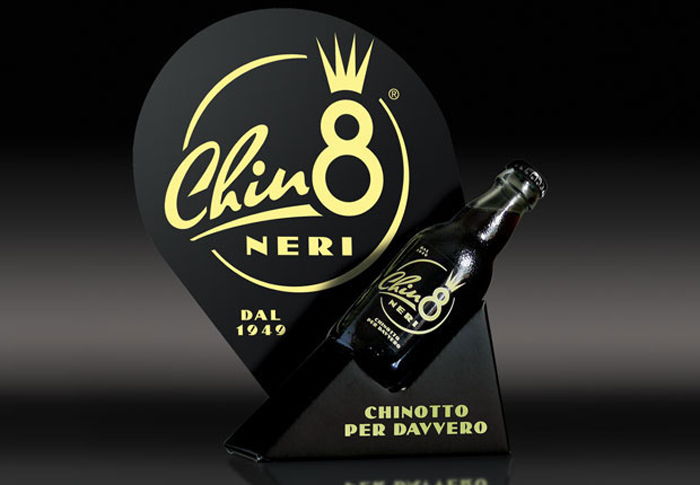 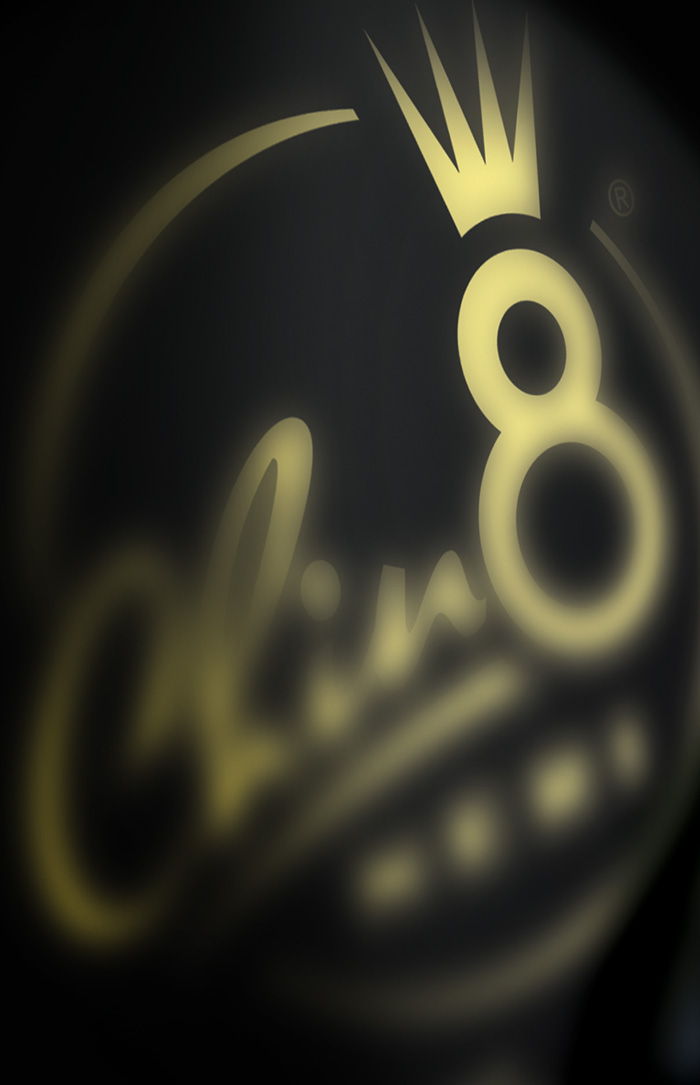 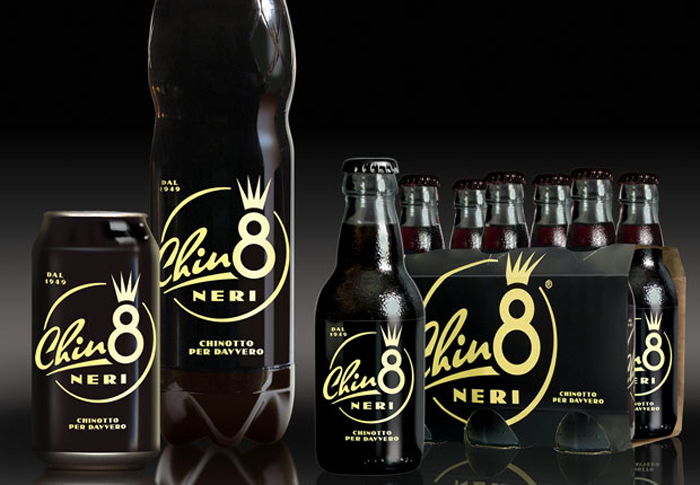