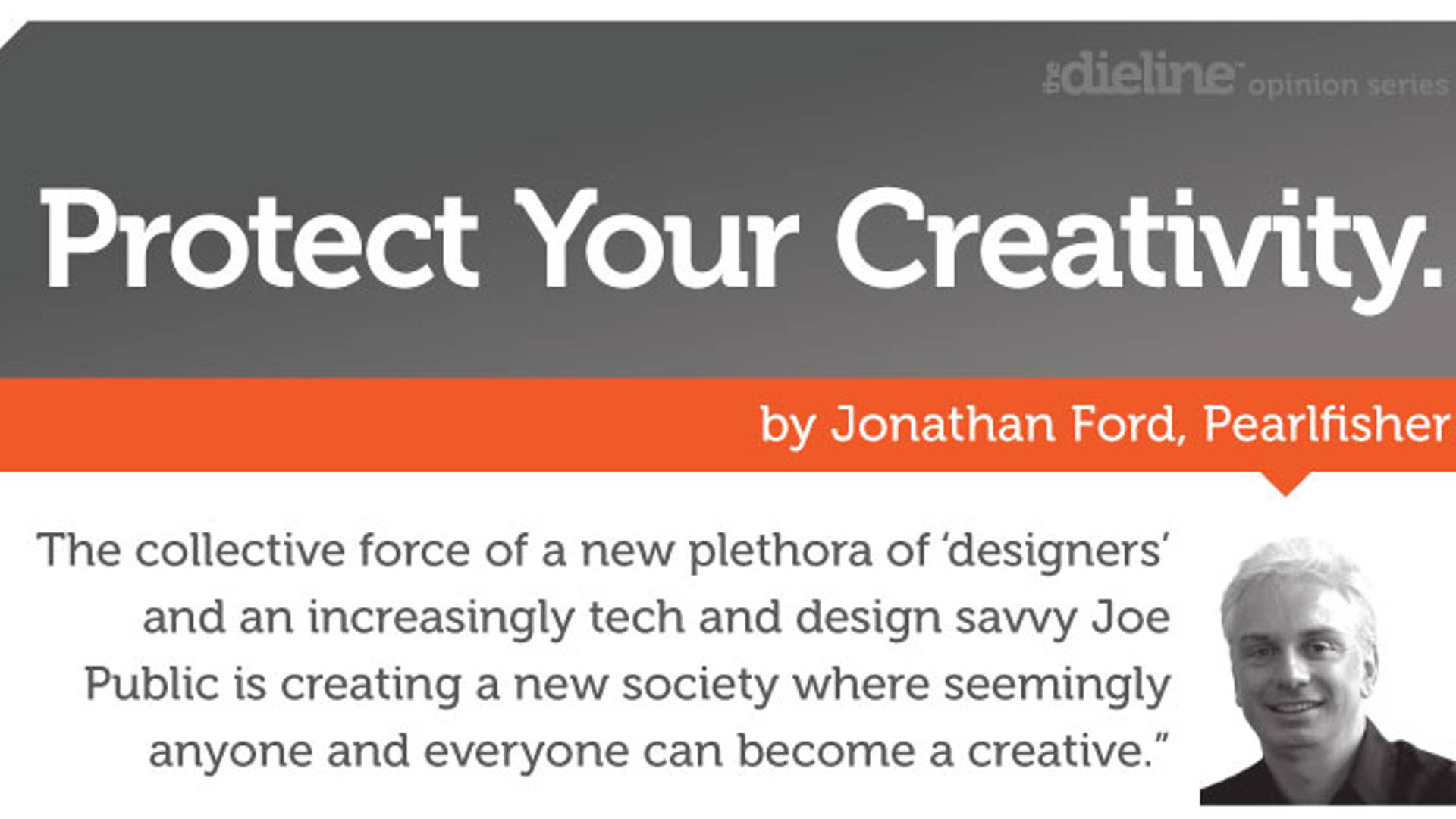 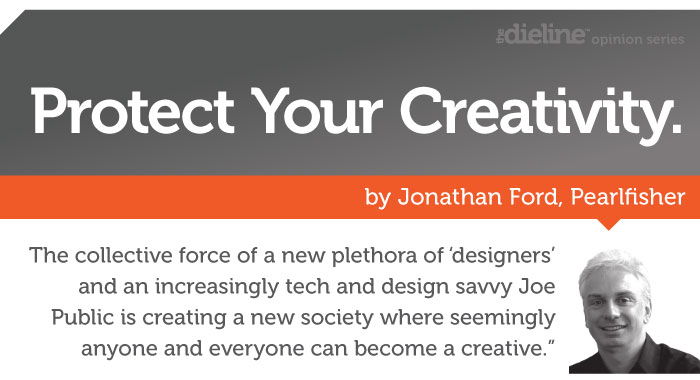 The collective force of a new plethora of ‘designers’ and an increasingly tech and design savvy Joe Public is creating a new society where seemingly anyone and everyone can become a creative. Married with the daily brand evolution from bricks to clicks – and the existence of brands in so very many real and virtual mediums - the opportunities to dupe and copy seem boundless. Brand identity theft and creative piracy is exponentially on the up. And begs the question, how well are we – bona fide designers and clients alike - protecting our creativity?

For a while now, the media has been reporting on how successfully phone Apps and their data can now be compromised. And, at the time of writing, breaking news was headlining a security breach of Apple’s new App software download service. Just one day after launch on Jan 06, a pirate group known as Hackulous has devised a program called ‘Kickback’ which it has claimed can break the protection on any piece of App Store software. The same organisation previously broke copy protection systems used by the iPhone and iPad. (Source: www.bbcnews.co.uk)

And just this time last year, Apple and Nokia were engaged in a highly publicised legal wrangle with Nokia claiming that the iPhone and iPad infringed five of Nokia’s patents. As the Apple iPad was coming to market, Fujitsu claimed a pending US trademark for the iPad name. But this didn’t stop Apple’s launch. And with the Apple Brand topping the Forbes 2010 list of the world’s most valuable brands at 57.4 billion US dollars and global consumer electronic sales still being topped by the iPad and iPhone (with sales rising yet again after the launch of the iPad and iPhone 4), the commercial power of the Apple brand speaks for itself.

Apple, alongside Virgin, Dyson, Nike, Tetrapak and Coca-Cola have become incredibly valuable companies through having a strong brand identity and protecting and exploiting their Intellectual Property (IP) rights over many years. What all these brand icons – both established and new – share is a belief in, an investment in – and a reaping of rewards from – brand identity and good design. People love, connect with and buy a brand because of what it stands for. Despite the security breaches and trademark cases, the Apple brand is still standing strong with all the brand identity components (marque, name, shape…) working hard separately and together. But there is a salutary lesson here as brands need – and they inevitably do - to move from bricks to clicks. The real value of design and IP is ensuring you have a protectable brand identity across all mediums.

Whilst imitation may be the sincerest form of flattery, a lack of brand protection can make for a very costly competitor fighting for your audience and devaluing your equity. And whether a start-up or an established brand, the message is the same. Don’t underestimate the power of brand identity and do protect it. I am not going to get into the leagl-ese here but understanding what is a patent or a trademark is not as scary or costly as fighting a trademark infringement case.

To build a successful brand identity, IP needs to be front of mind from the start of the brand design process. It’s part of the creative and problem solving challenge and not a distraction from it. We know this but maybe it’s time to better educate our clients about the design to legal process and its pitfalls such as just when the IP transfers from us to client. It’s a case of standing strong and protected together to get on with the job in hand and, through the power of good design and brand identity, take the most intangible ideas and ideals and turn them into a desirable brand and tangible asset on the balance sheet. Good design sells, evolves and endures.

And - for once - I won’t have the last word but will leave that to Johanna Blakeley, Deputy Director of the Norman Lear Center (a research and public policy institute which explores the convergence of entertainment, commerce and society). At last year’s TED Global conference Johanna led a discussion on whether copyright kills creativity. Her talk was focusing on the IP issues facing the fashion industry but her words should resonate with every designer and brand owner when she sums up that…” “without ownership there is no incentive to innovate…”

Jonathan leads the overall creative direction of Pearlfisher, and has built up a global reputation for design excellence and effectiveness from the Pearlfisher studios in New York and London. He is fervent about the value that fearless thinking, great ideas and design can bring to brands and in short, believes that great design, sells.

Pearlfisher was co-founded by Jonathan in 1992 and is still an independent design company, working with iconic and challenger brands around the world including The Coca Cola Company, Cadbury, Kraft, InverHouse, Jamie Oliver, Green & Black's, Innocent Smoothies, NUDE, Fortnum & Mason and  Unilever.