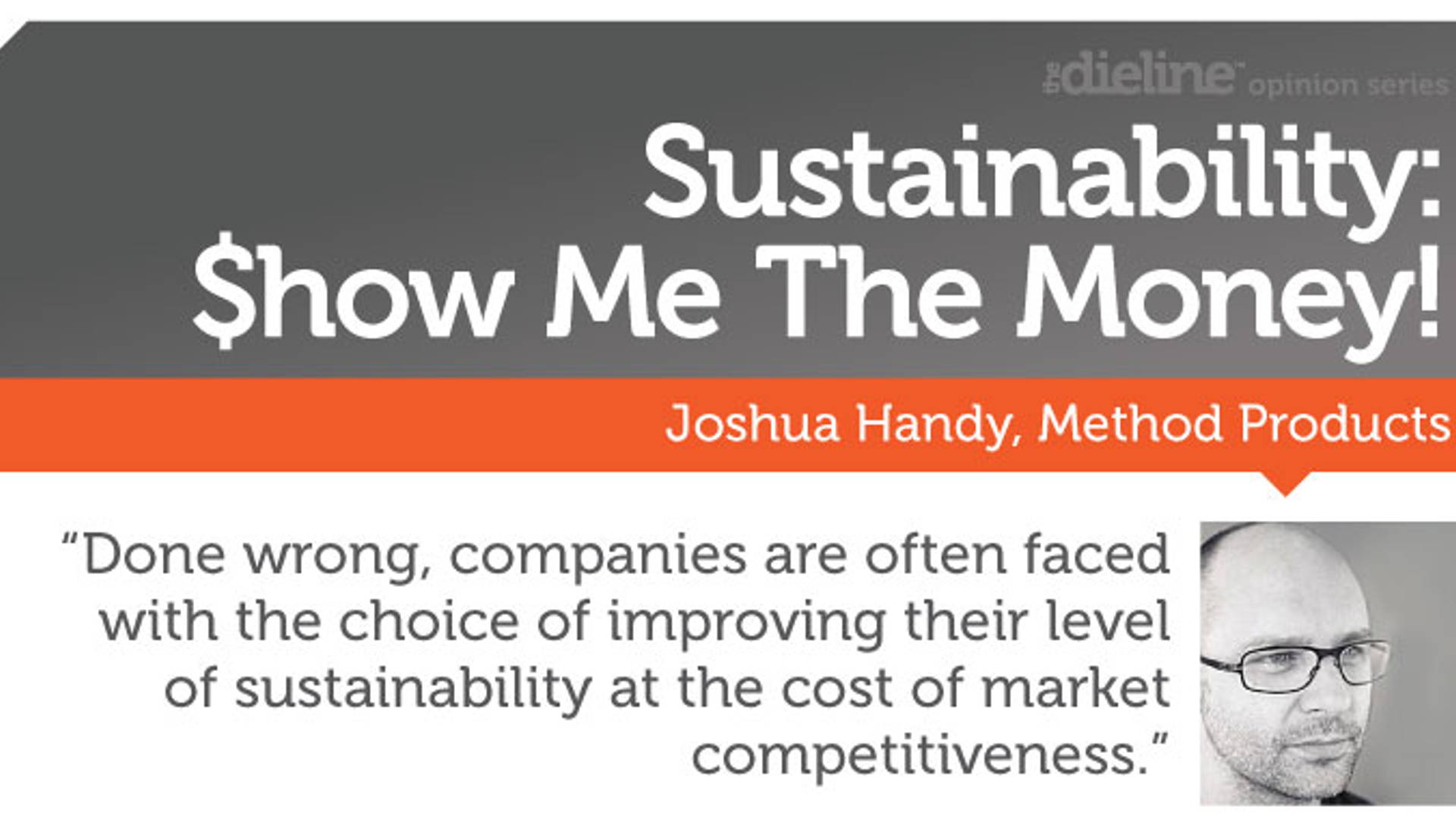 Sustainability: $how Me The Money! 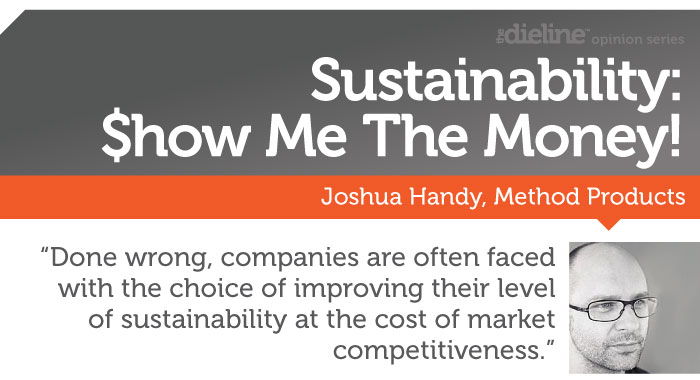 The problem with so much of the work done in the name of sustainability is that it is “below the line;” it often raises cost of goods without translating into any broadly recognized consumer benefit, or at least one that can be charged for. Done wrong, companies are often faced with the choice of improving their level of sustainability at the cost of market competitiveness.

However, when you approach sustainability from the perspective of it being a potential profit center for the organization, interesting things happen; products can be re-conceptualized in ways that open up new opportunities to win from the sustainability, profitability and consumer points of view.

Back in 2003, we at Method noticed that laundry detergent was made from mostly water. This made no sense to us. We didn’t want to pay to ship water around in giant jugs, and we were sure people didn’t want to lug these monsters home from the store. So we concentrated it, and released 3X concentrated laundry detergent in 2004. A year or two later, the industry woke up to the potential savings at hand, and followed us with All Small and Mighty, and then in 2008, Tide launched a 3x and 2x respectively. From the outside, this was a change driven ostensibly by an industry sustainability imperative, but in reality and much more understandably, it was the profit motive. Customers loved the smaller, more convenient sizes, manufacturers loved not having to ship ginormous jugs around the country, and the smaller bottles allowed retailers to achieve more productive planograms in their stores.

We knew there was still room to concentrate the formula to an even greater level, and we began working on that in 2007. By developing some pretty radical new chemistry, we pushed the concentration level to 8x, removing pretty much all of the water in the formula with no loss of efficacy. Getting the detergent dose for a load of laundry from 90mL down to 12mL meant that we could dispense the detergent with a finger actuated pump, a revolutionary concept for a category that has been dealing with dirty, sticky laundry caps for years. Unsurprisingly, the bottle also shrank dramatically with the increase in concentration. For method, this equated to 45% less plastic and 38% less energy used in our product’s manufacture. In addition to our own efficiencies, we have estimated that if the rest of the category followed us into this format, they would save the energy equivalent to 3.4 million barrels of oil and save 40,000 metric tons of plastic per year; a 35% total reduction in carbon footprint.

Best of all, these wins translate to real consumer benefits. The person doing the laundry can dispense the detergent with one hand, while holding a baby, with no mess and no unintentional overdosing, saving time, effort and money.

We launched this revolutionary product in January 2010. It’s our biggest and most successful launch in the history of the company, and it all came from putting sustainability at the center of our product strategy. This is how you do it! 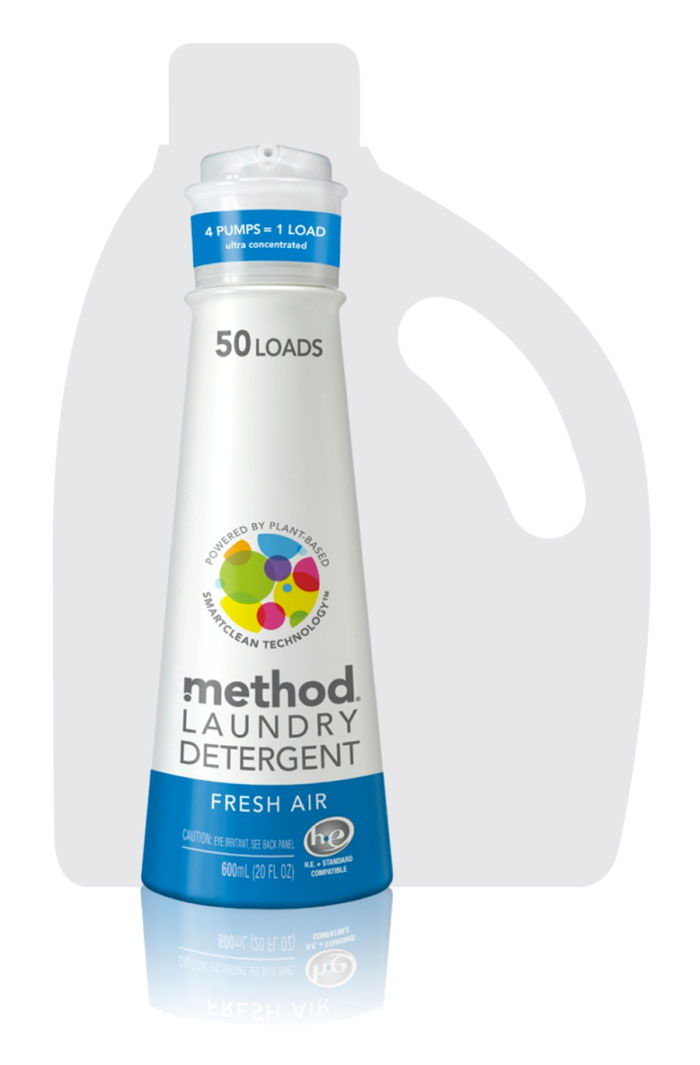 Josh has worked his way around the globe, doing stints at places like Karim Rashid’s studio in NY and HWI in Australia. He’s worked in London. He’s been to the Great Wall. He’s even eaten a raw chicken in a back-alley in Tokyo.

He has a degree in mechanical engineering and a masters in industrial design and an MBA in design management, but don’t let all that fool you, he’s no overeducated-design-geek-weirdo...he’s a Kiwi.

Founded in 2000, method is headquartered in San Francisco. Today, method is the leading innovator of premium healthy home and personal care products. method can be found in more than 25,000 retail locations throughout the US, Canada, UK, France and Australia. For more information, visit www.methodhome.com