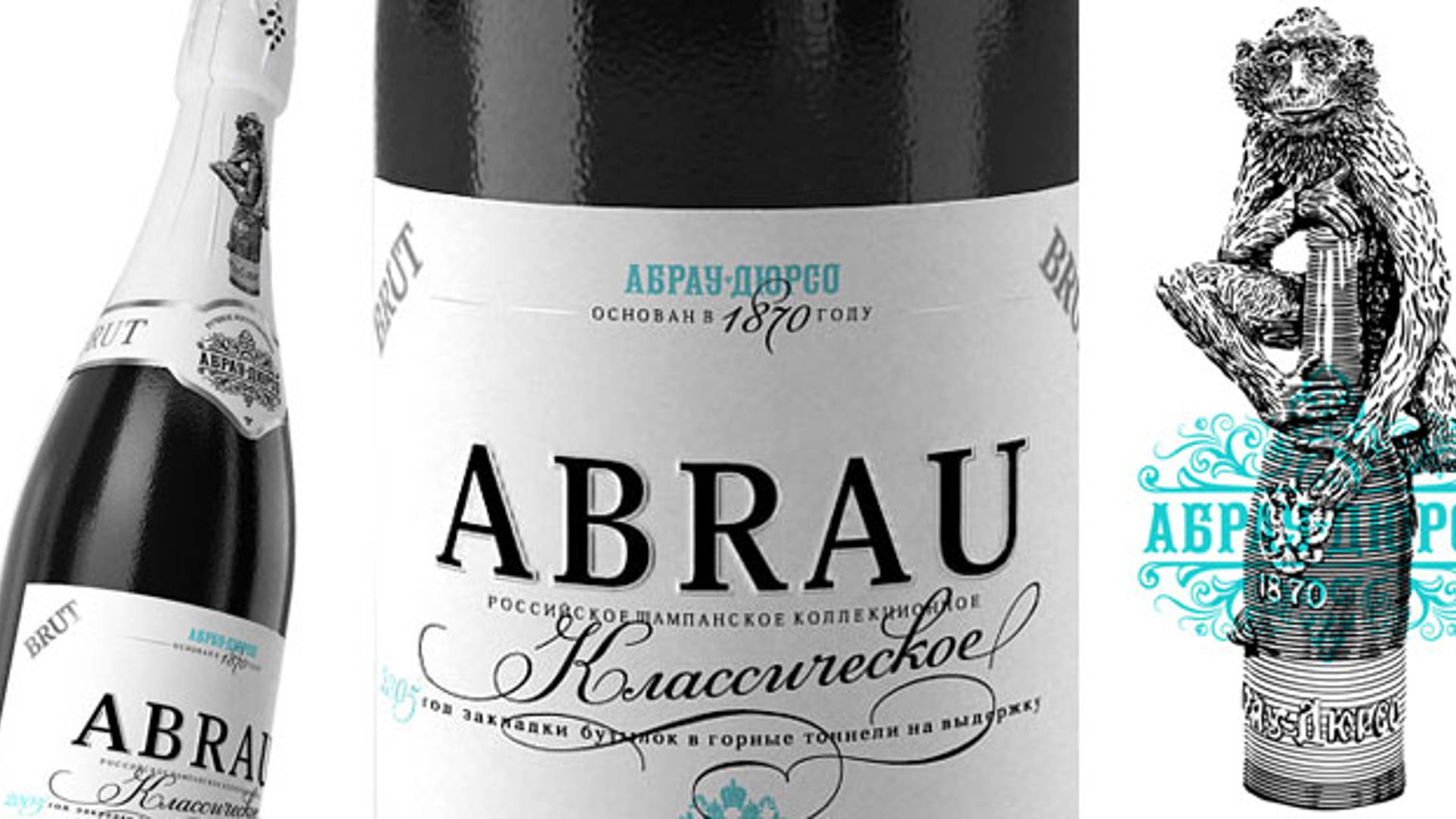 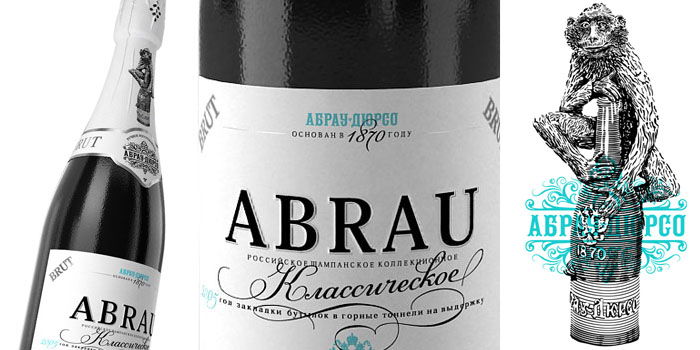 "The task was to create a classic, genty label with some element telling the difference between Abrau and other manufacturers of sparkling wine and associating Abrau with the production site. In the time of the Prince Galitsin there was an amusement very popular among noblemen — they used to train domestic animals, such as monkeys or pugs (more rarely), to open bottles of sparkling wine."

"A monkey had to open a preshaked bottle. Sparkling wine, when suddenly released, started festively breaking forth from the bottleneck. The poor animal was trying in vain to stop the sparkling drink fountain with its paws, which only increased the pressure, so the wine was vigorously gushing around and above. Cynic guests were laughing, everybody had fun." 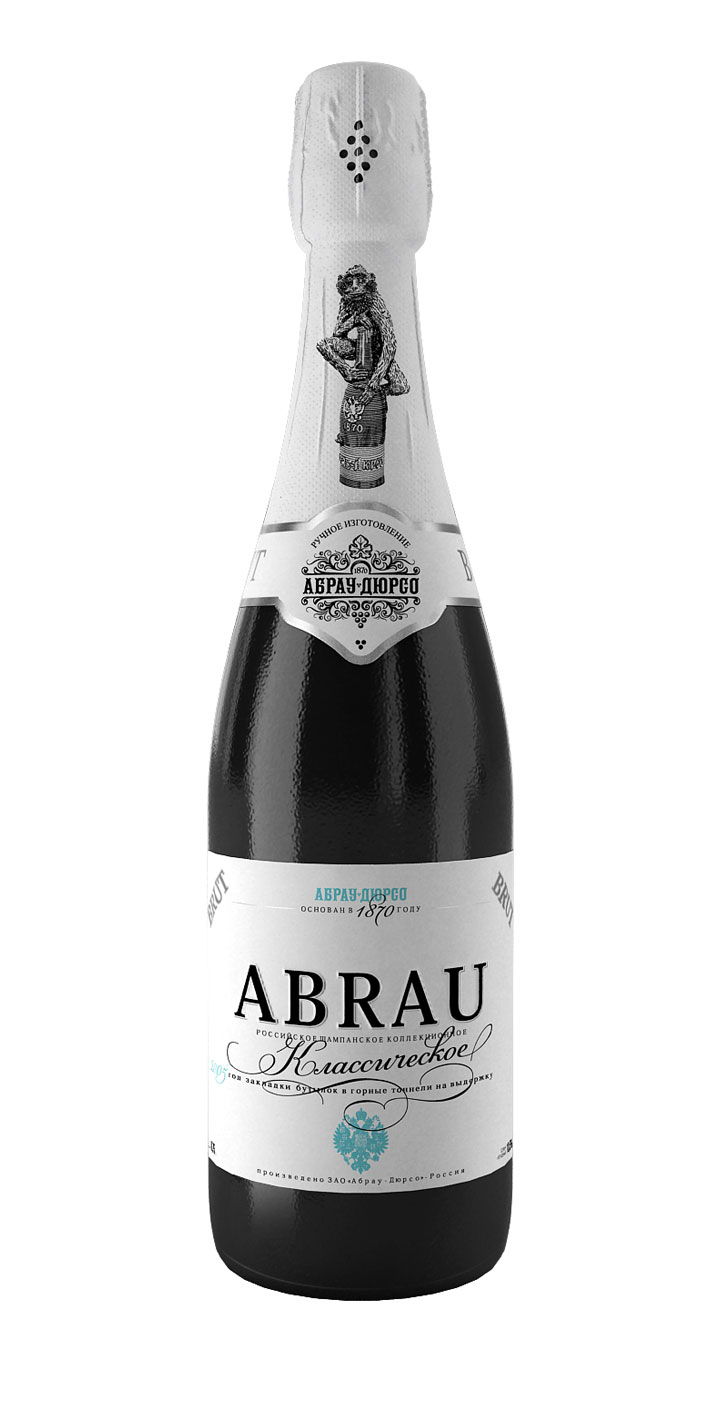 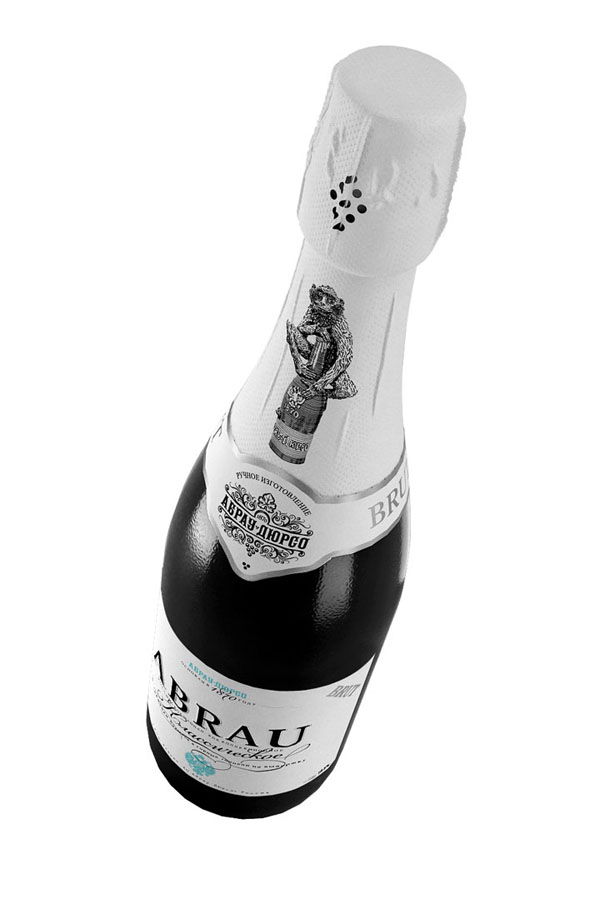 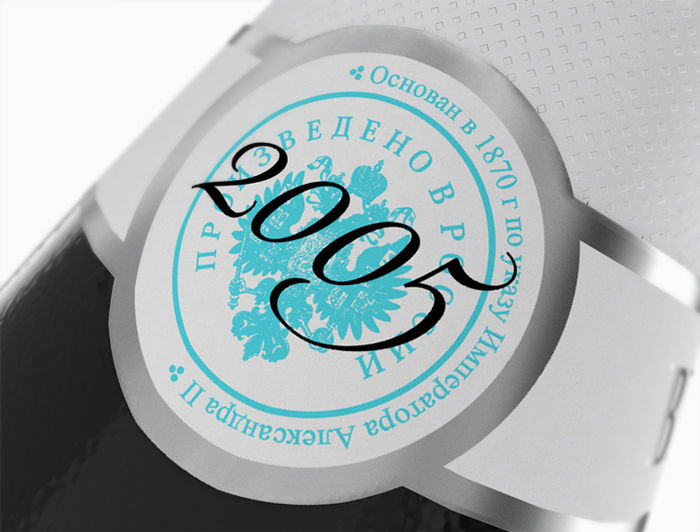 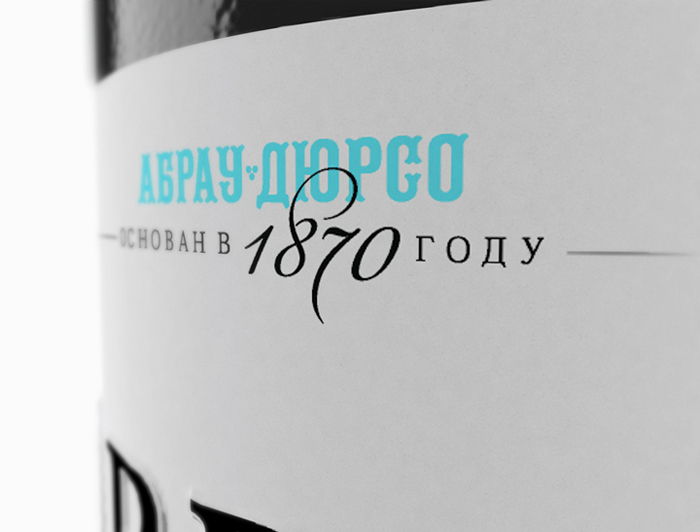 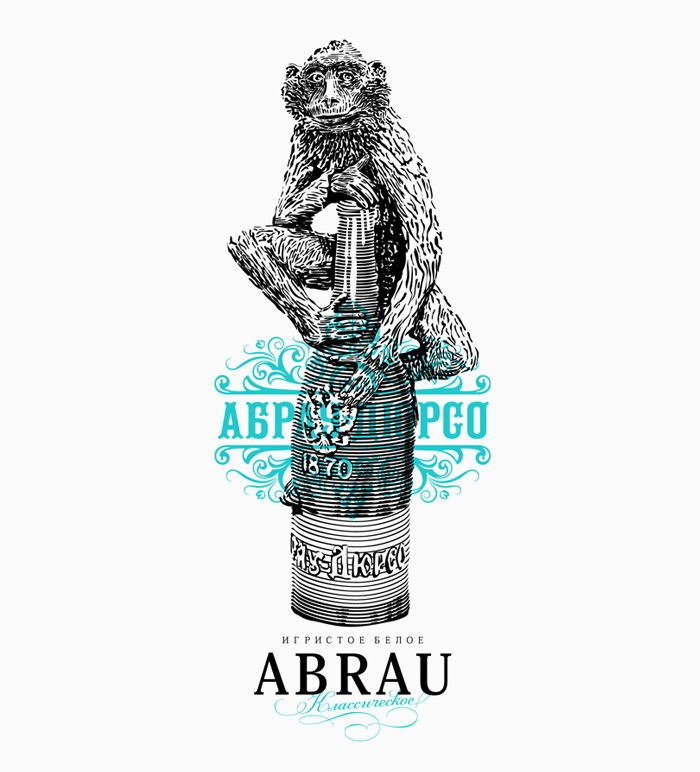 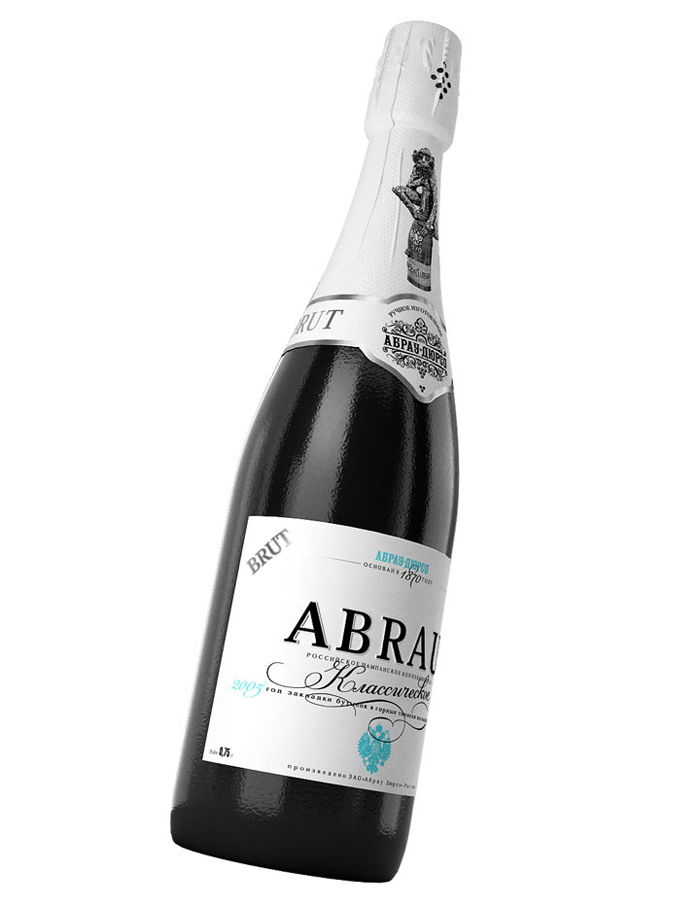 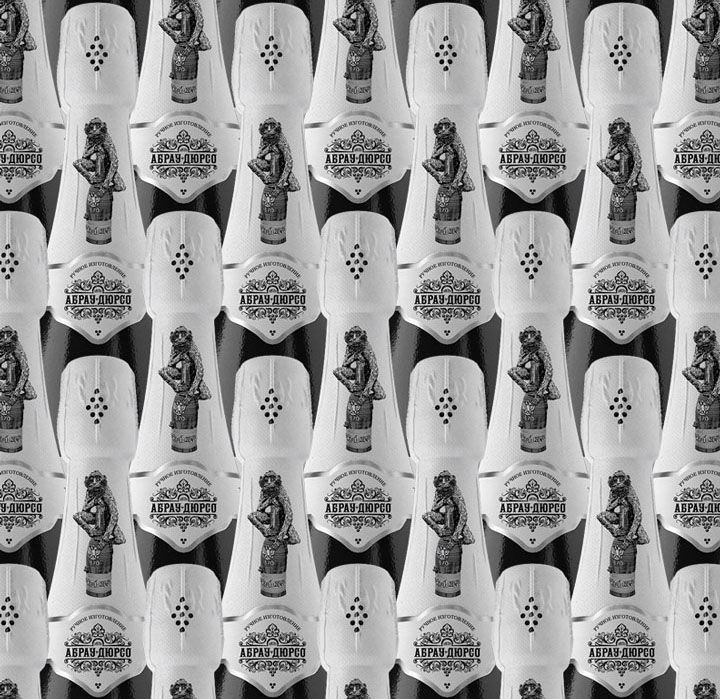