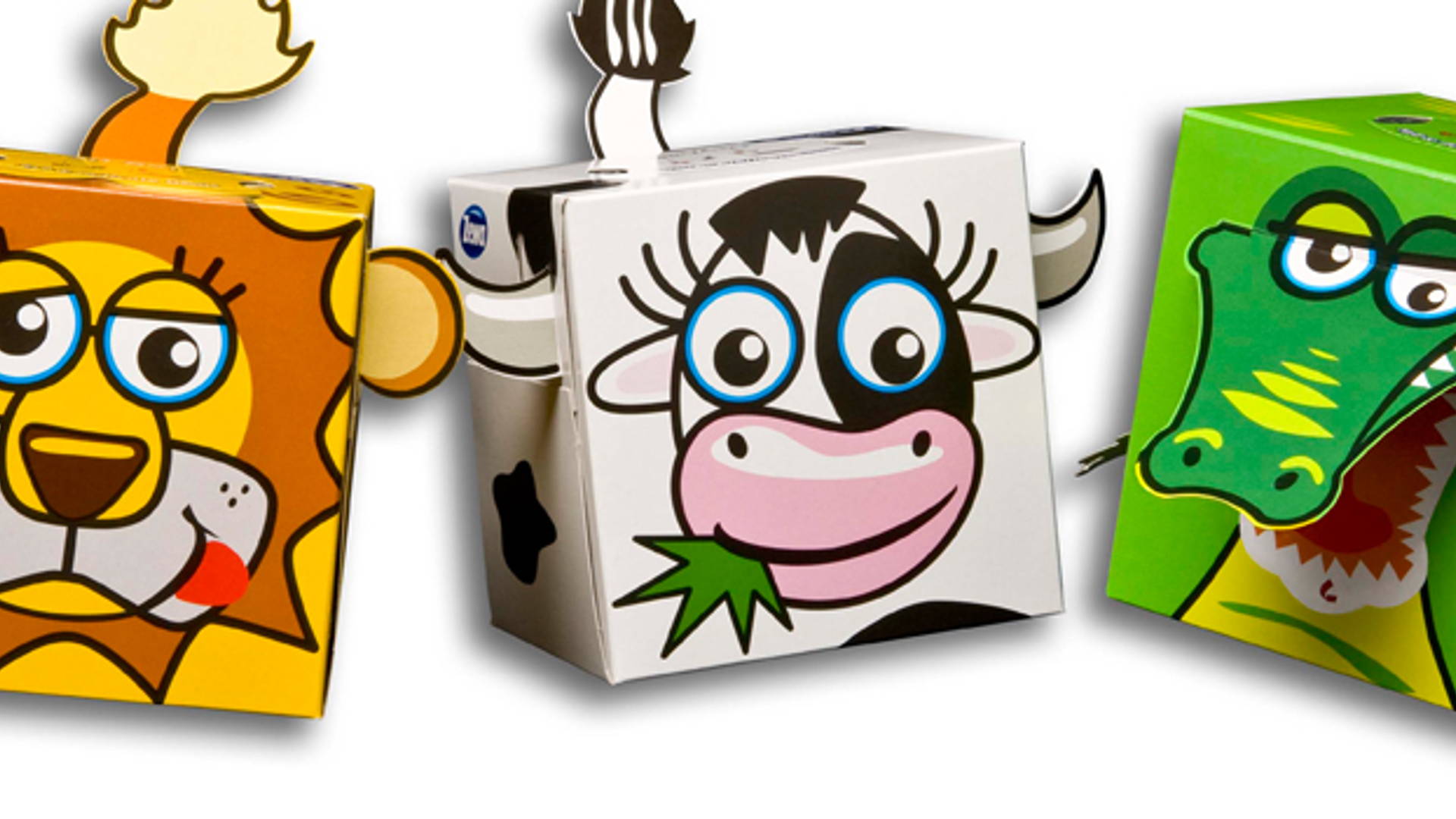 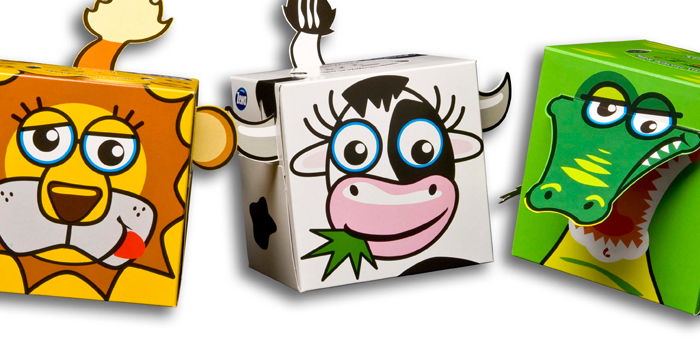 Check out these kid friendly designs by Belgium based SCA packakging. Check them out after the jump.

"Wiping your nose has never been more fun for kids with the new animal tissue boxes!

Paco the parrot, Fredo the turtle and Teo the tiger will be launched early September 2010 in the Eastern European market, under the ZEWA brand. The idea to make a tissue box more attractive for children originates from the SCA Packaging Innovation Centre (Brussels), who created these items as part of their pro-active design projects.

At first sight, the boxes look like ordinary cubes, but by opening little features such as the mouth, feet, ears or head, children can create a parrot, turtle or tiger.  This make the boxes more playful for kids but also supports SCA‘s ambition of “Hygiene Matters” in which SCA wants to increase hygiene awareness and healthy habits at an early age.

These 3 new animals are the successors of the first range of animal tissue boxes launched last year that featured a cow, a crocodile and a lion."