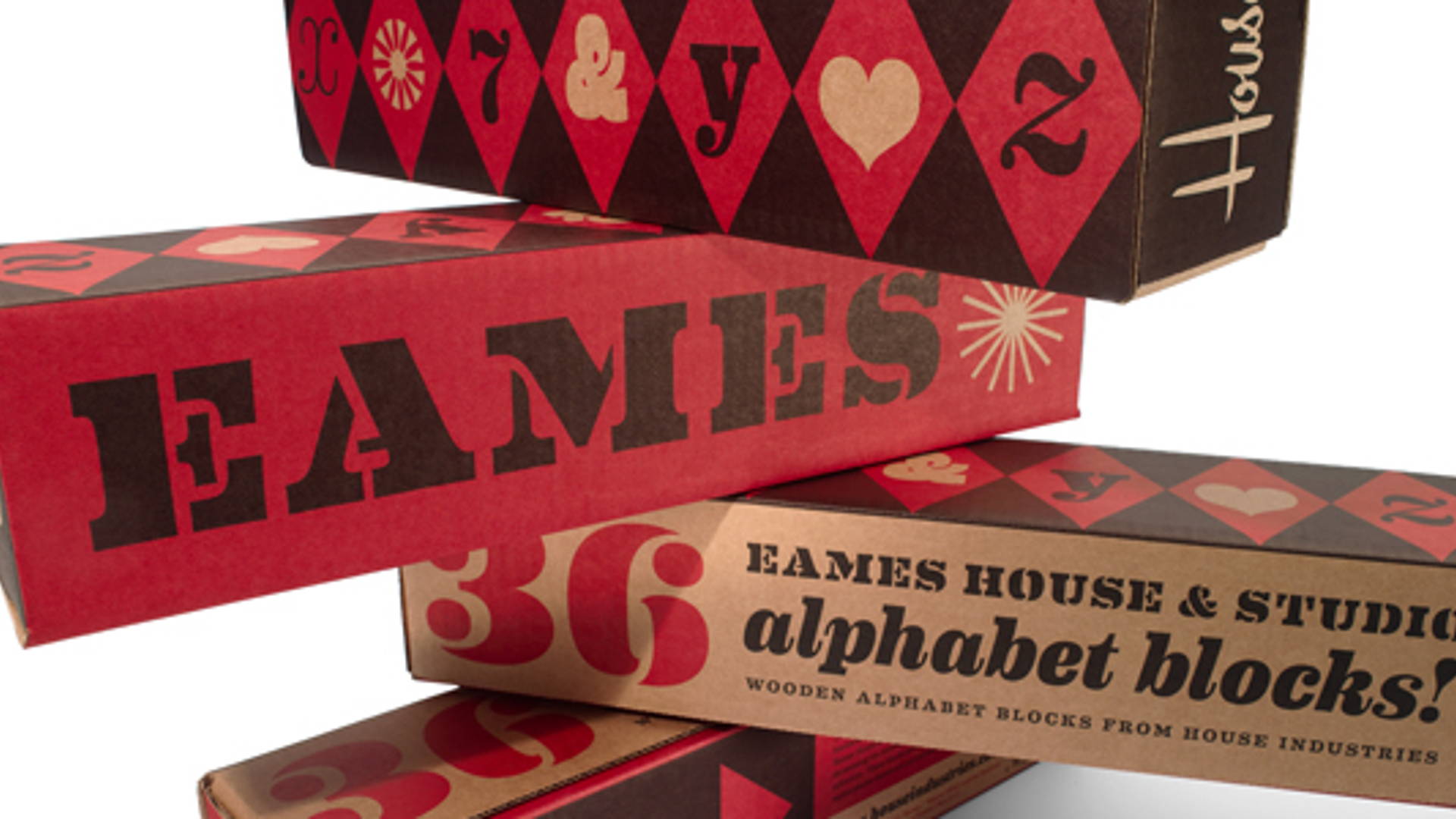 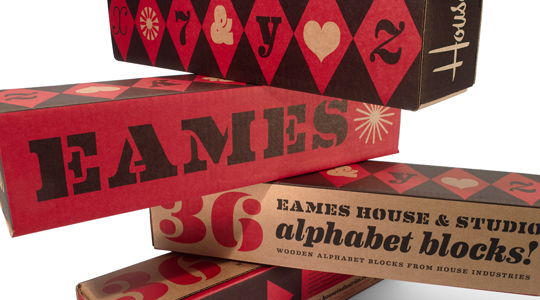 "As part of the Eames Century Modern project, House Industries introduces a set of alphabet blocks that is also a model of the landmark Eames house and studio. Check them out below!

"Sitting high atop the Pacific Palisades and overlooking Santa Monica and the Pacific Ocean, the original Eames House was built in 1949 as number eight in the series of Case Study Houses and is still recognized for its revolutionary use of space and materials. Charles and Ray Eames moved into the house in 1950 and it was continuously occupied until Ray's death in 1988. The House and Studio is now managed by the Eames Foundation, which oversees its preservation and administers tours to foundation members.

As a whole, the blocks form an educational puzzle image of this monument to American mid-century design and architecture. The 36 blocks also showcase letters, numerals and symbols from the Eames Century Modern collection.

Each set of blocks is hand-printed with non-toxic child-safe ink in 29 screen passes and is made from replenisahble Michigan-grown basswood. The Eames House blocks are manufactured in the USA." 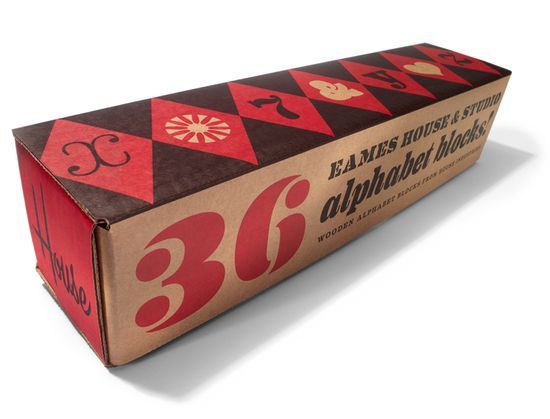 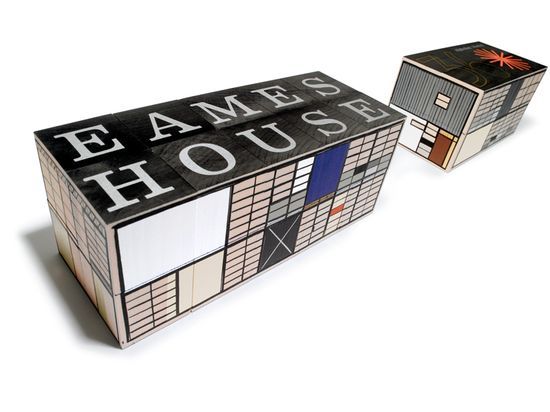 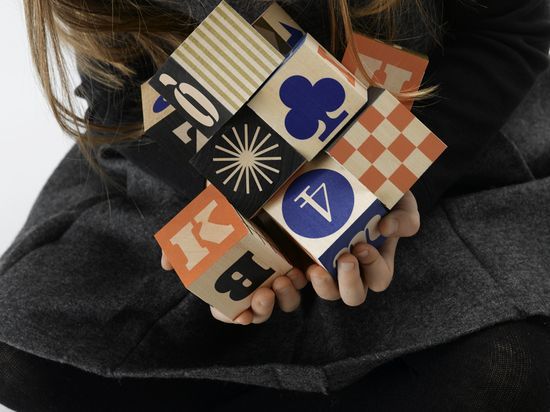