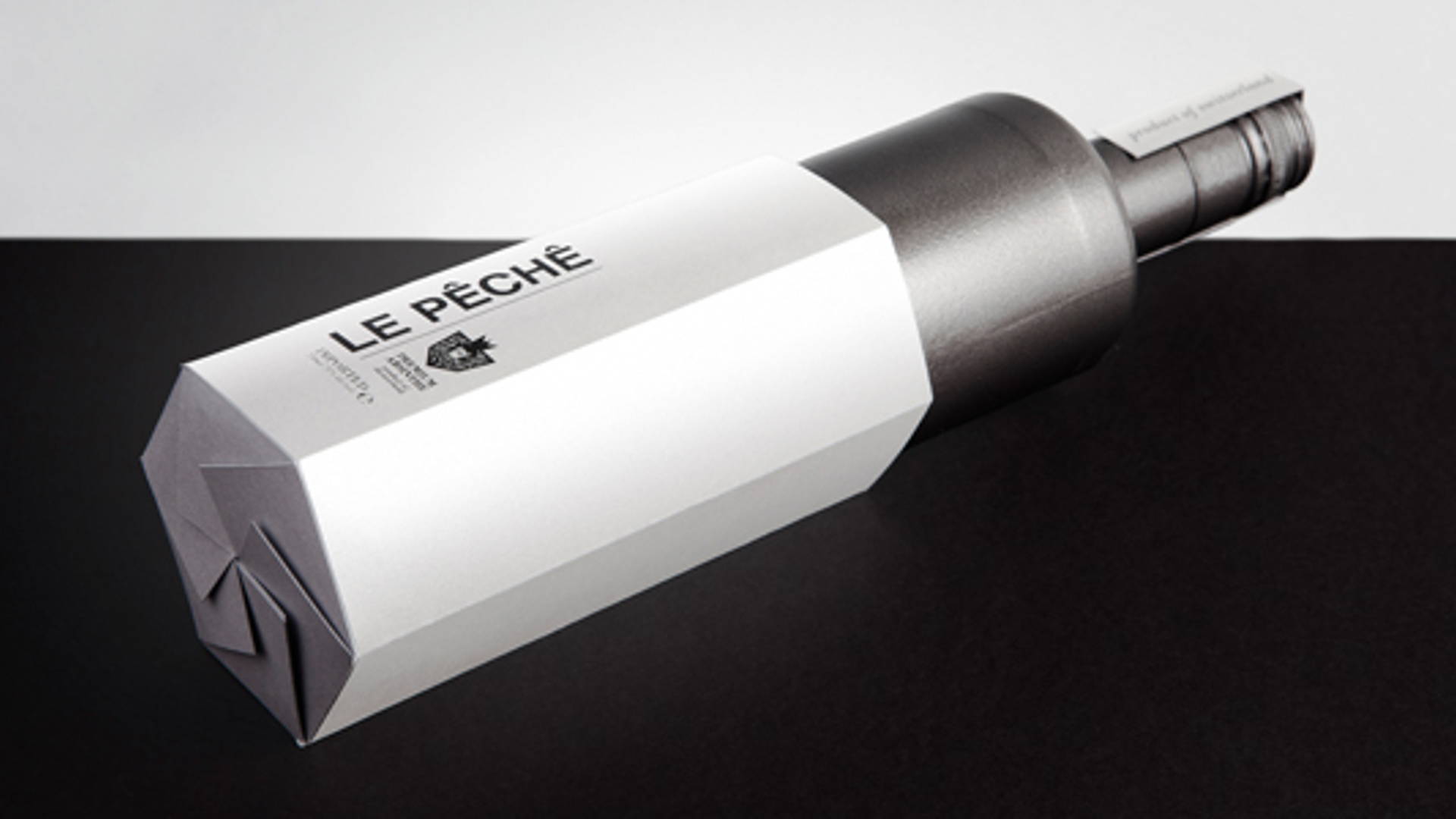 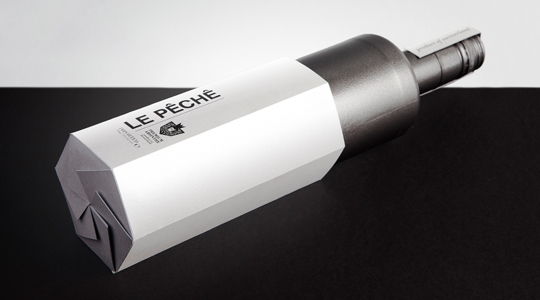 New work from Daniel Brokstad, a student at RMIT University in Melbourne, Australia. "LE PÊCHÊ Premium Absinthe, a swiss absinthe building on old traditional absinthe made the the original herbal way, hence it not being a clear bottle. The idea behind the design is unlabeled dark bottle is representing the bottle during the ban of absinthe in Switzerland in 1910.

"The ban was lifted in 2005, and LE PÊCHÊ is now officially released for the first time in almost 100 years, and also literally got a "new face", being the label container. It's also supposed to represent the bottle "hiding" behind the label, since it once was illegal. Also the label solution is made to differentiate from competitors and create an unique and interesting look appealing to the key audience.

LE PÊCHE means "The Sin" in French, which is a reference to the ban of absinthe and the overall urban legends the absinthe had of being the devils drink. This is also why the emblem in the logo is representing a devil figure. " 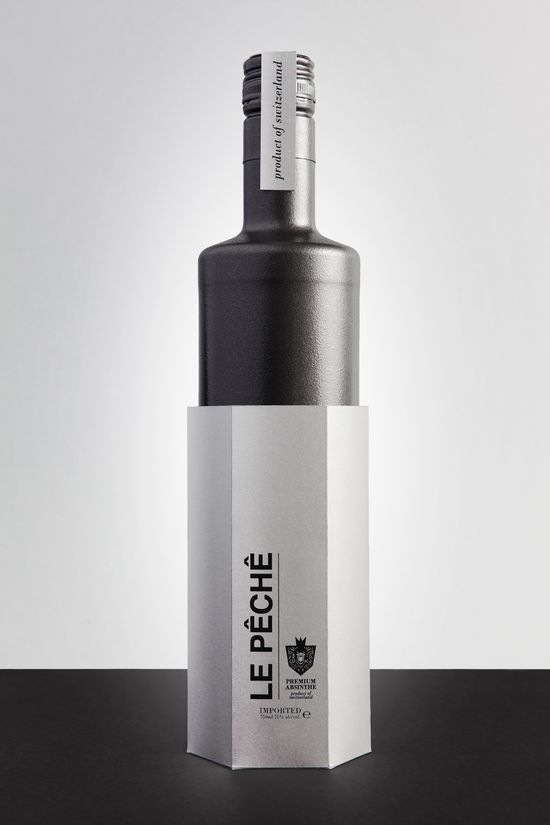 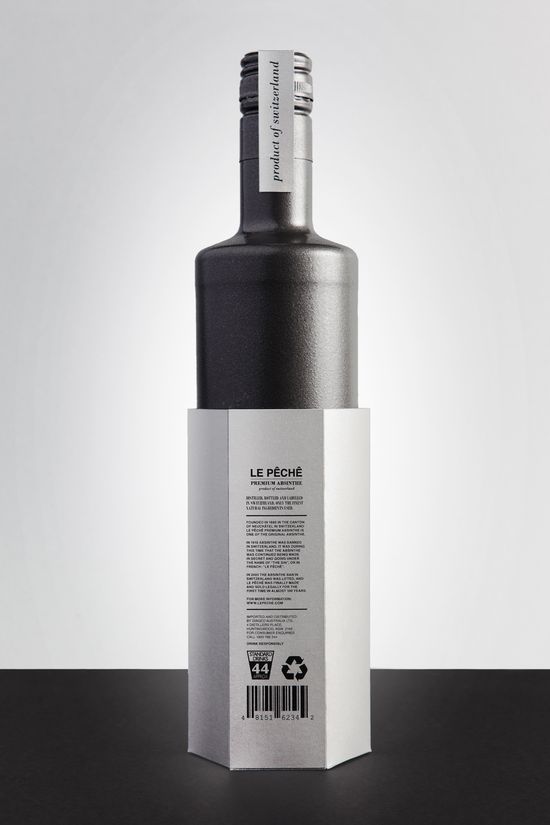 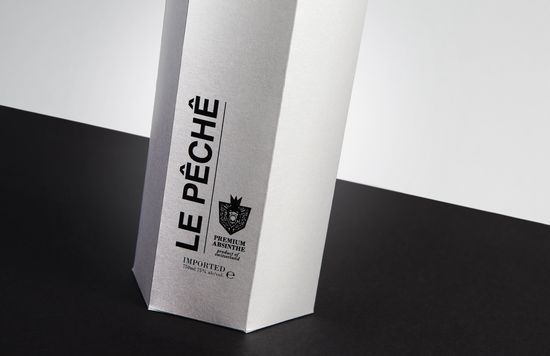 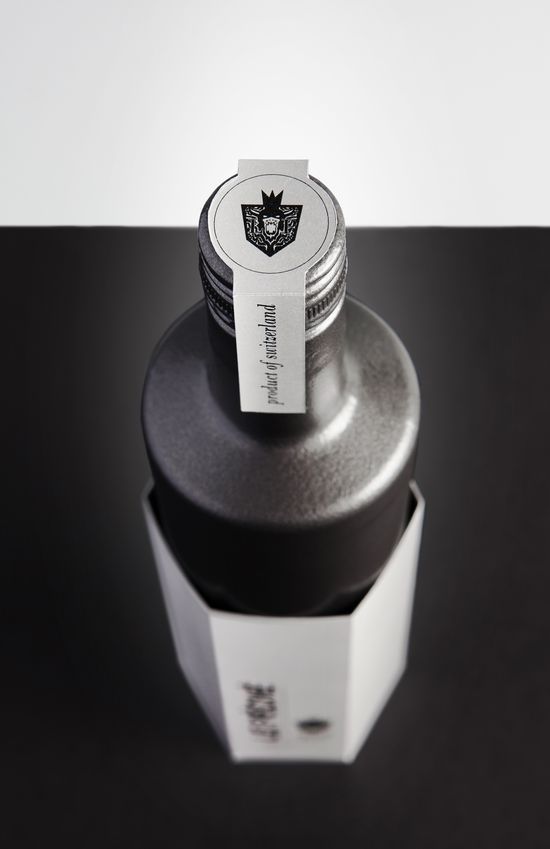 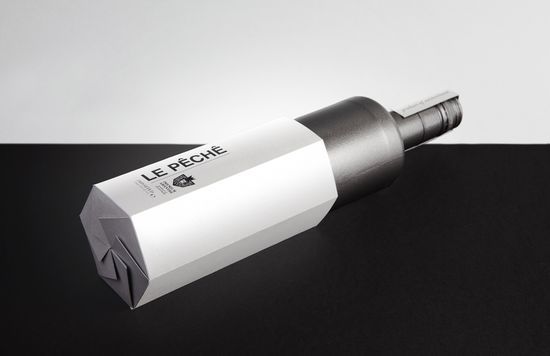 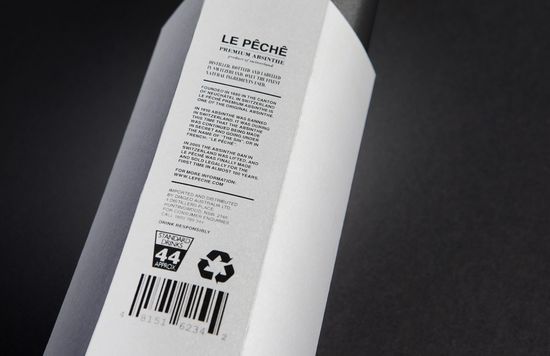