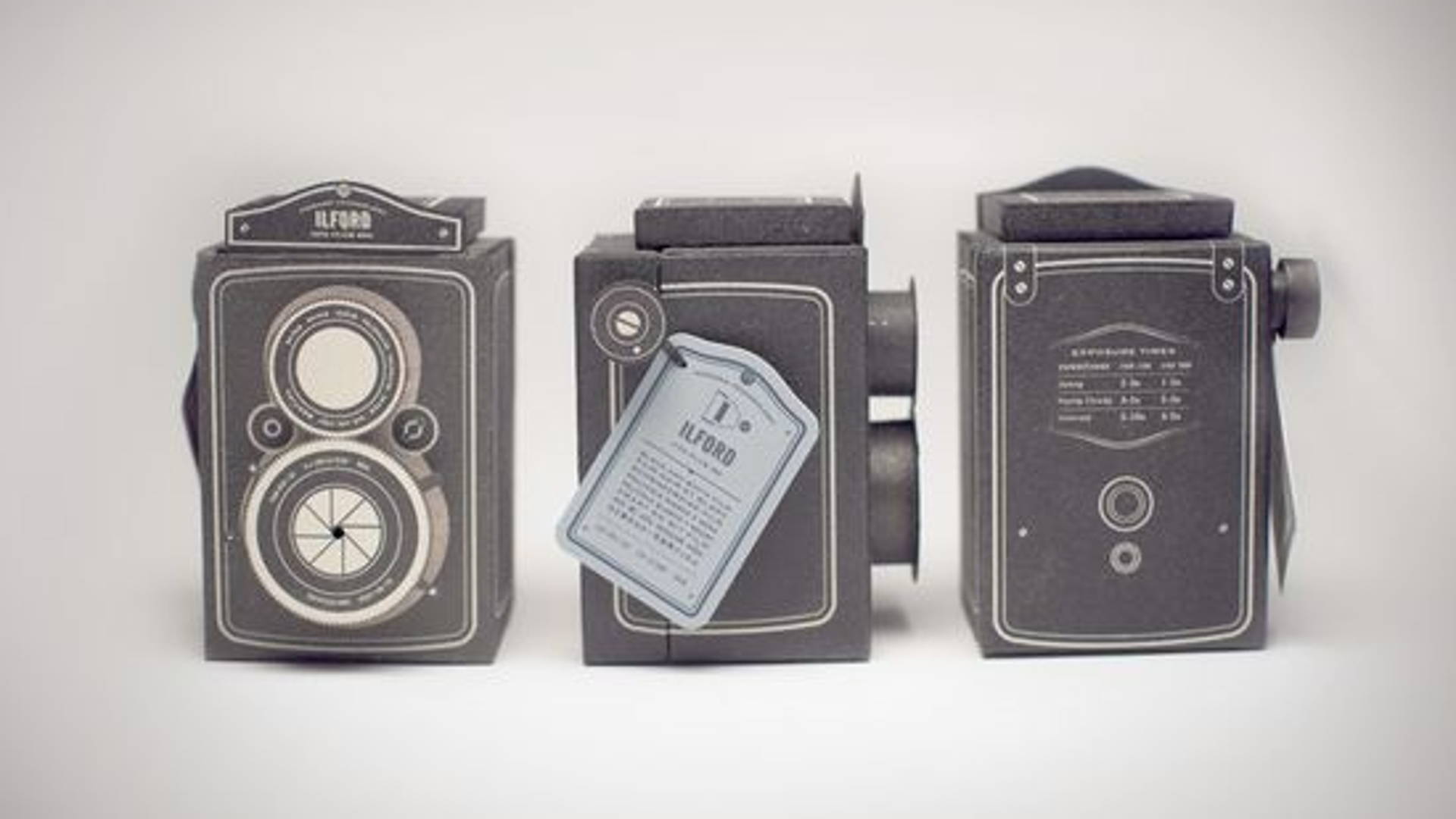 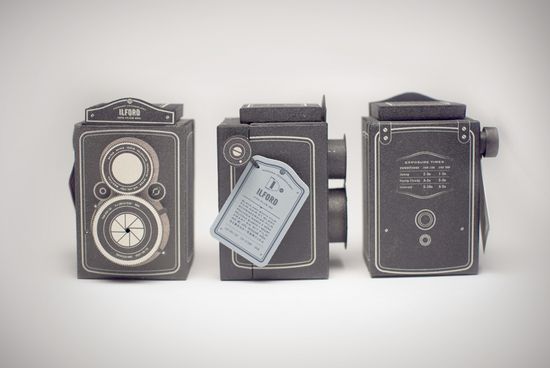 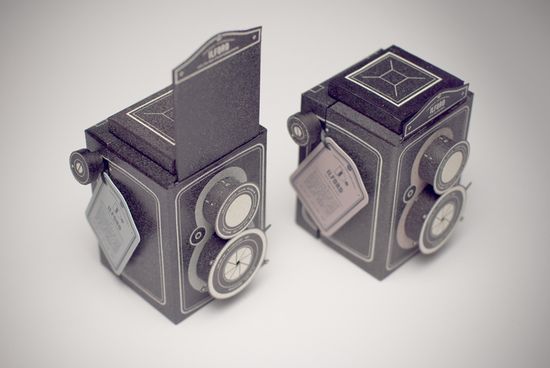 "Central to the design of this series of packages for Ilford 120 (medium format) film is the concept of history and tradition. Ilford, founded in 1879, is one of the oldest film producing companies and has become a well-established manufacturer of consumer and professional films, with its niche product being black and white film. They are one of the only film companies today that still manufacture 120 film. However, the rise of the consumer 135mm film and more recently and powerfully, digital photography, has diminished the popularity of 120 film, decreasing its demand.

The design of this package for Ilford film reintroduces and encourages the use of analog film technologies. The reusable packaging of the film functions as a pinhole camera, which provides individuals with a way of exploring analog photography without the cost of having to buy an old medium format camera. It also re-introduces a mindset and manner of working that is completely different from that which comes with fast-paced digital imaging technologies. Dating as far back as the 4th century BC, pinhole cameras represent the most basic form of photography. It’s simplicity allows users to gain a fundamental understanding of the most basic processes of photography."

More details and images after the jump.

"Visually, the package is meant to resemble a Twins Lens Reflex Camera from the 1800’s , which was one of the earliest types of cameras to use 120 film. The use of centered, extended type harkens to the designs of that period. The black and white design of the camera reflects the strong presence of Ilford in the black and white film market. Color however, is used sparingly to distinguish between different film types and to add a unique personality to each camera. Information is communicated through eight different languages (English, French, German, Italian, Spanish, Dutch, Hindi, and Japanese) on the camera body and was kept to a minimum and relocated to a separate removable label to avoid cluttering the body of the camera. The package includes assembly instructions and all of the necessary materials for easy reassembly as a fully functioning pinhole camera." 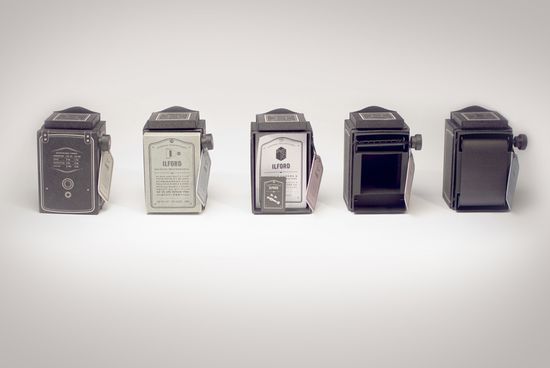 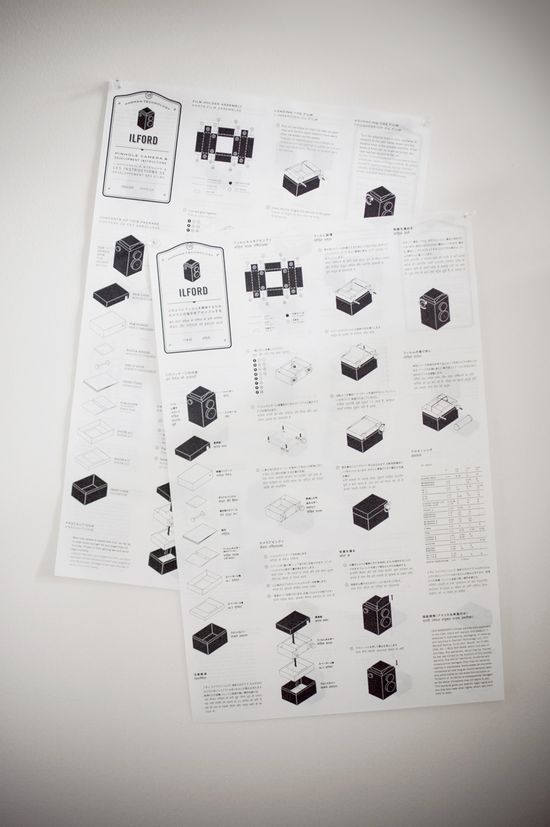 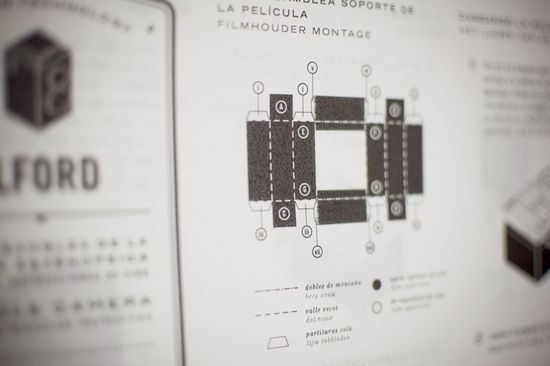 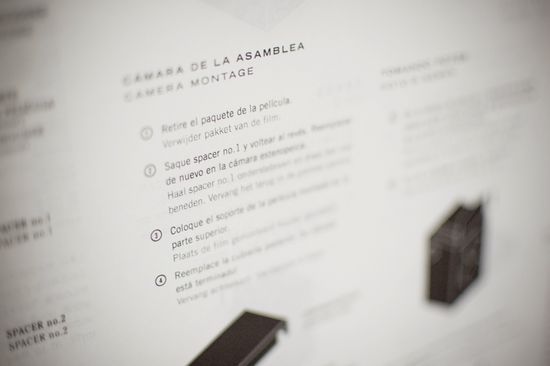 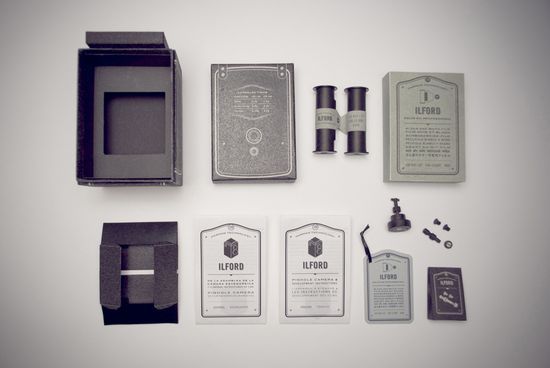 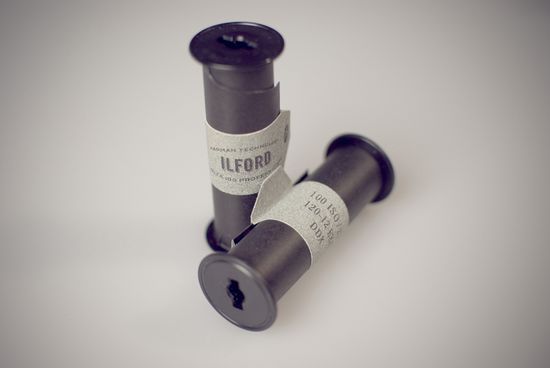 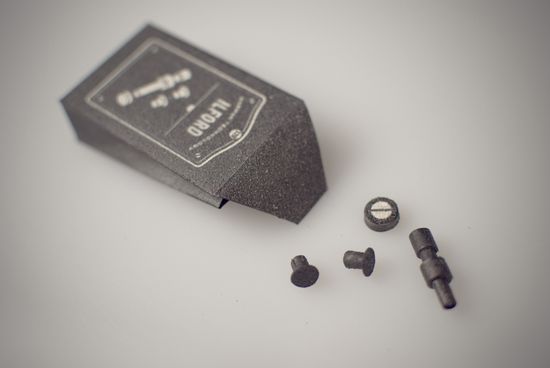 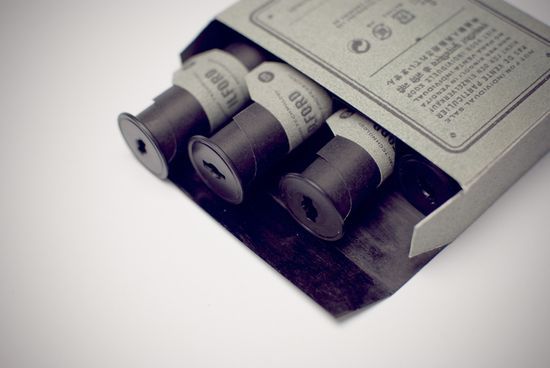 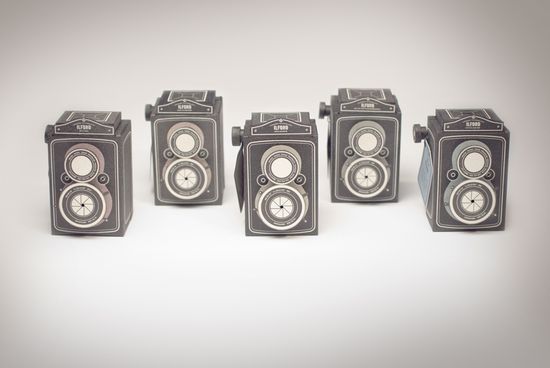